I’ve been looking forward to this event since January, when news that it’s landing on our shores started appearing on the internet. The list of acts is impressive to say the least. Future Music Festival Asia It truly lives up to its moniker of “the largest music festival in Asia”. 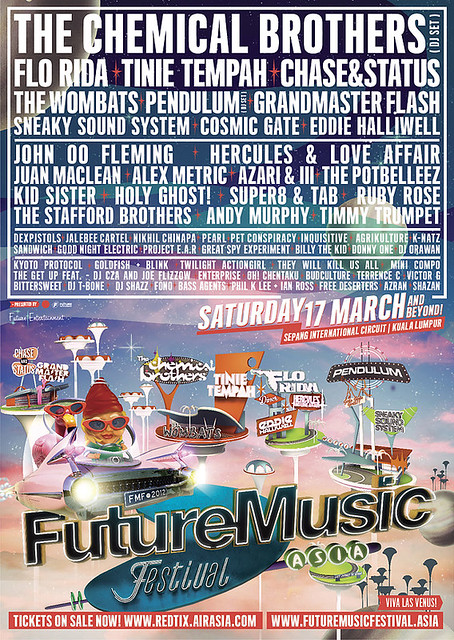 Let’s start with the logistics of the event first. Parking was a breeze although I find RM10 a bit steep. There were plenty of portable loos. Like, really a lot. That’s usually the first thing I’m concerned with when it comes to outdoor events like these. 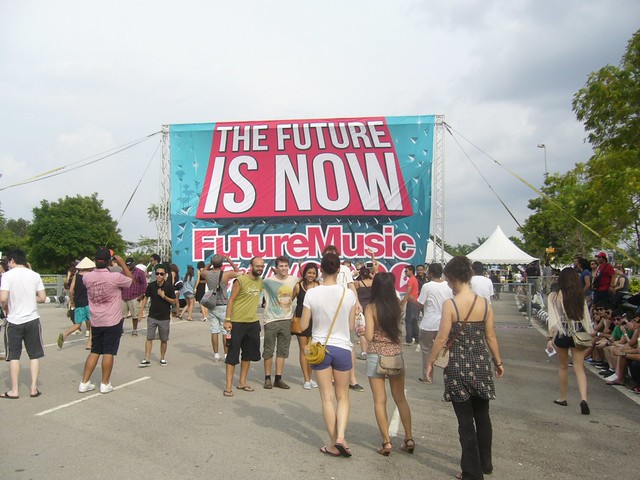 (This is what you see right before the entrance)

There was a food village with a pretty good selection ranging from sushi, pies, ice cream, and Sarawak laksa. Starbucks and Krispy Kreme were present as well. To complete the experience, there’s a merchandise section and even rides for us. I wasn’t paying much attention to those things as I was there purely for the music. Spotted a ferris wheel though. =)

I arrived at 5pm to catch Flo Rida’s set. I was very fortunate to be given two first class passes so we managed to get in fairly quickly. There were four stages: Future, Las Venus, Flamingo and Gnome. I was mostly fixated at the Future stage with occasional visits to the Las Venus stage. 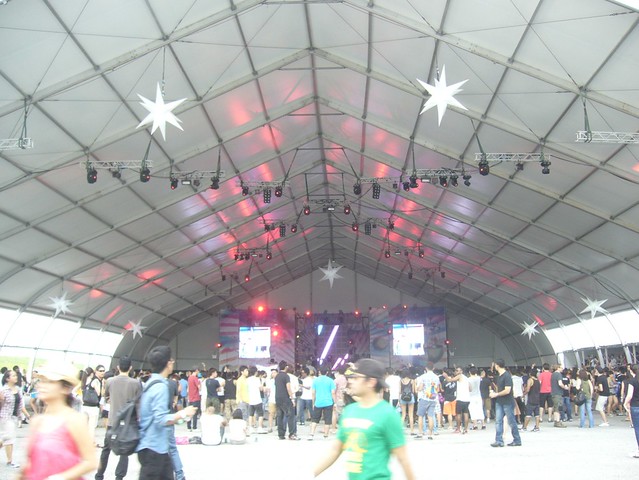 (The Future stage setup. I like how they have the white stars dangling at the top, they light up at night)

Flo Rida had the crowd eating out of his hands with favourites like “Low”, “In The Ayer”, “Sugar”, “Right Round”, “Club Can’t Handle Me”, and more. 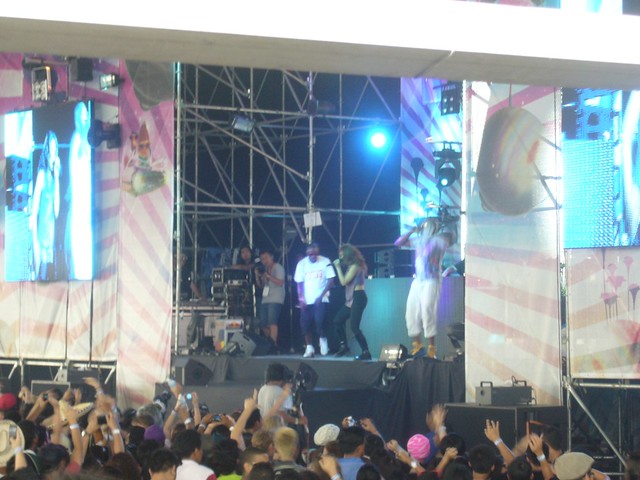 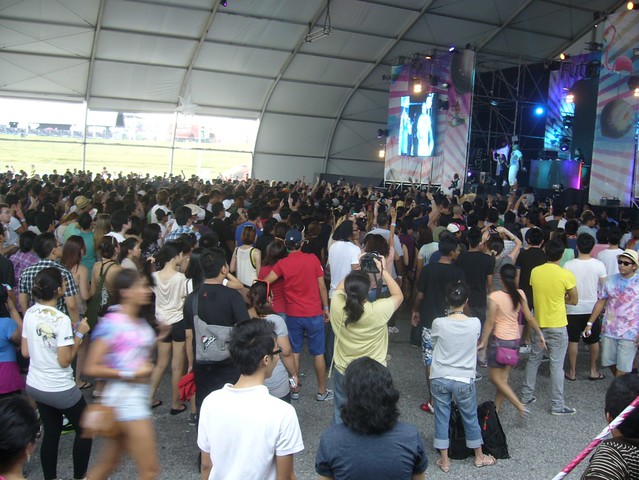 (Everyone grooving to Flo Rida)

The atmosphere was electric. He brought some red roses and gave them out to the ladies during one of his songs and even went into the crowd while sitting on someone’s shoulder! Talk about being crowd savvy. 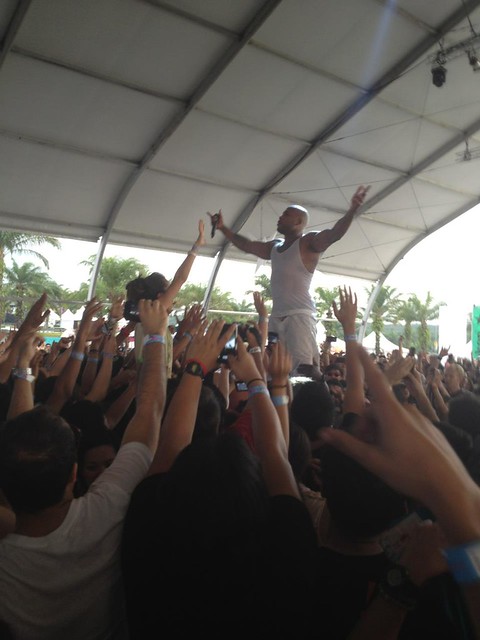 (photo stolen from Chris Tock cos he has the best shot)

After his set, I checked out the First Class area. It was nicely set up and I had a brief respite from the sweltering heat, sitting in the air conditioned area while chatting with Chris Tock. There’s F&B here catered by La Bodega but I didn’t stay long. I was there for the music yo! 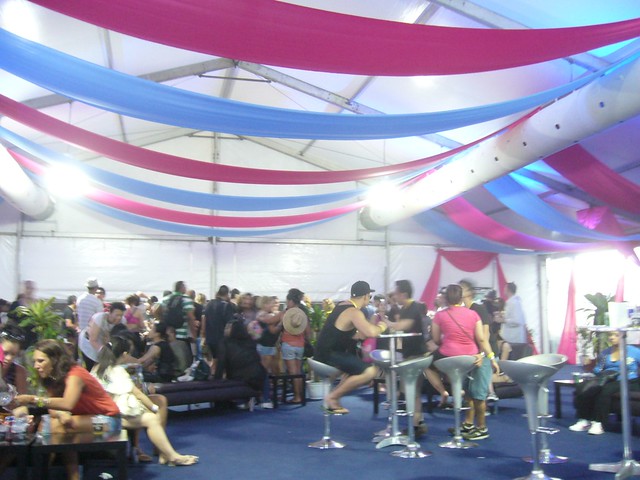 On my way out, I managed to watch the tail end of Jalebee Cartel’s set and I liked what I hear. Was a bit sad I missed most of their show. I wanted to catch Eddie Halliwell so I hightailed it to the food village to grab a quick bite and then headed back to the Future stage. 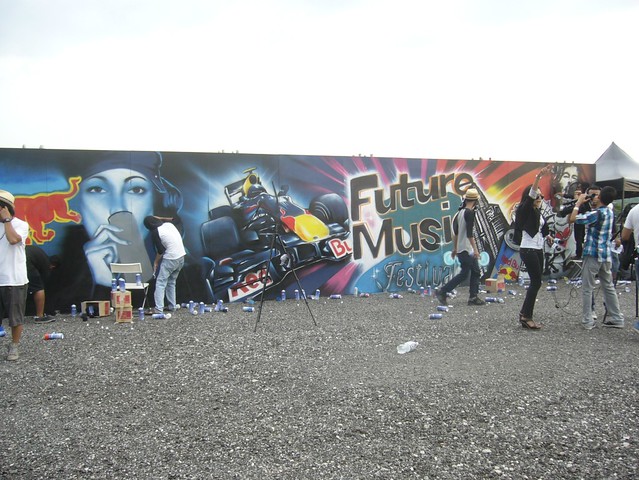 Eddie Halliwell was named DJ of the year by leading dance music magazine Mixmag in 2003 and 2005 and I’ve never heard him spin live so I wasn’t gonna miss it for the world. He didn’t disappoint. For me, his set was the best for the whole night. He worked the crowd into a frenzy and had everyone dancing like there’s no tomorrow. 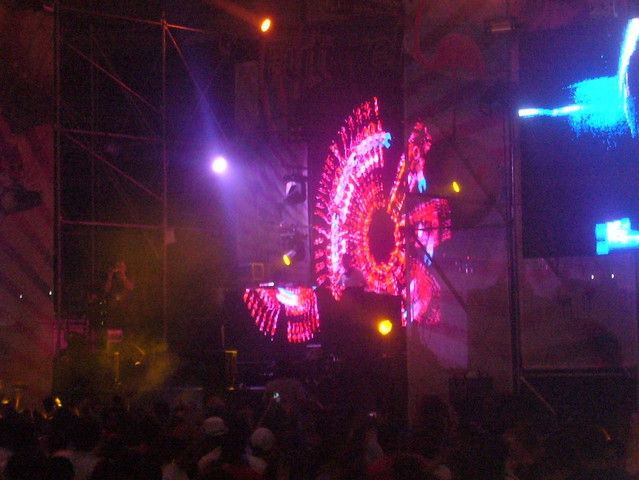 (Eddie Halliwell bringing the house down. My favourite act for the night. Sorry for the lousy quality, my compact camera sucks at night shots)

Next up was Pendulum. They were highly recommended by a friend of mine. However, I didn’t really enjoy their set. Everyone else was rocking to their tunes. Maybe it’s just not my cup of tea. So I went up to Las Venus to check out Blink & Goldfish. Very energetic duo and it was really nice to see so many people showing our local duo some love.

Tinie Tempah came on next and I stayed on for a few of his songs. Definitely a good performer and it seems that he really loved KL too, constantly telling the crowd how much he likes the country and the city. I didn’t stay long as I didn’t wanna miss the highlight of the night, The Chemical Brothers! 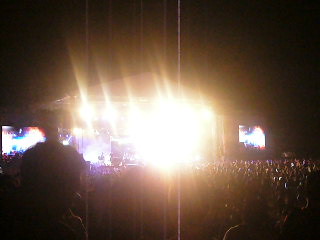 (Sorry again for the lousy quality & bad timing. That’s Tinie Tempah on stage. You can see the huge crowd though)

I was quite worn out when The Chemical Brothers took to the decks due to the dancing and jumping earlier. I think I stayed for approximately 45 minutes and that was it, I called it a night. It was a good set and there was a massive crowd at the Future stage, spilling out all the way to the back. Everyone was screaming when they came on stage. However, I found their set a bit underwhelming after Eddie Halliwell’s rocking set. For a finale, it wasn’t as hard hitting as I’d hoped.

Still, it was an amazing experience, watching everyone come together in appreciation of good music. I felt it was a very well organised event. The people who attended were mostly very friendly and nice. It’s nice to see an eclectic crowd for once. I will definitely go for the next one. 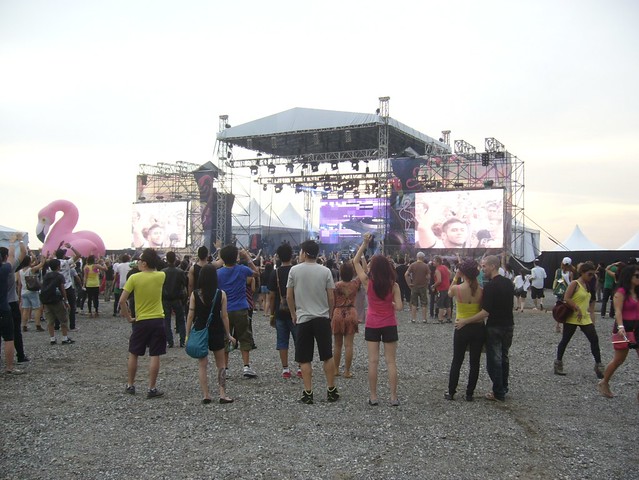 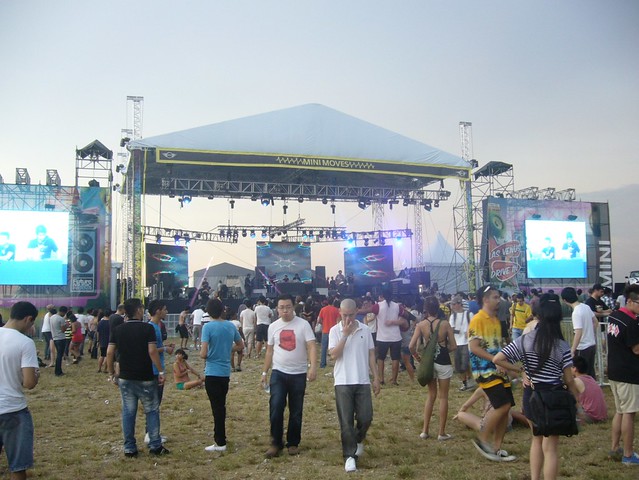 Signing off by:
Immi Yap