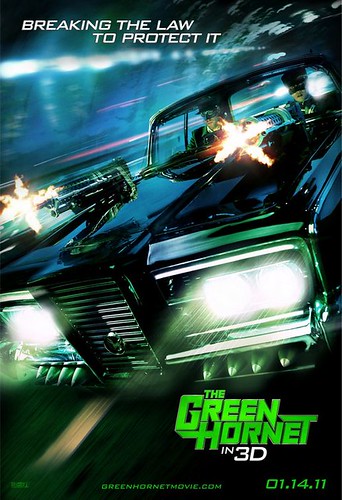 The movie is about a Britt Reid inherit his fathers empire of newspaper after the death of him and team up with our asian super star Kato (Jay Chou) which is his fathers assistant. Both of them team up to this masked fighting crime.

I was quite suprise that the movie had turn out above my expectation, and as usual the movie charater Jay Chou always portray is ‘Yeng’ but he now as a Hollywood superstar, the movie is filled with action packed and its was from a comic. So do be aware some of the effect are like comic like.

Quite a nice movie to catch for during Chinese New Year. . .if you are looking for action packed movie. It is not
recommended to watch the movie in 3D as I felt it is quite a waste of money with so less effect.