One of the cool events coming up that I just cant wait which is happening very very soon. Its about Hennessy X.O Appreciation Grows dinner series, which will be meticulously orchestrated by Chef Edward Lee this 18-21 April 2012 that turns out to be one of the most celebrated event for the year.

During the dinner Hennessy X.O is going to showcase into the originality of its makers in creating a superior product and birthing the prestige spirits market as with this Hennessy X.O’s “Appreciation Grows” that aim to define excellence, quality, originality and heritage of Hennessy X.O

I am one Hennessy X.O lover myself and to feature this great spirit by featuring true creations on celebrating the the brand its something unique also with many years pass by, the spirit also evolve and will look forward on the introduction of the Hennessy New Pack and Hennessy X.O Mathusalem.

Nevertheless, I have seen the profile of Chef Edward Lee and I must share his profile with you guys: 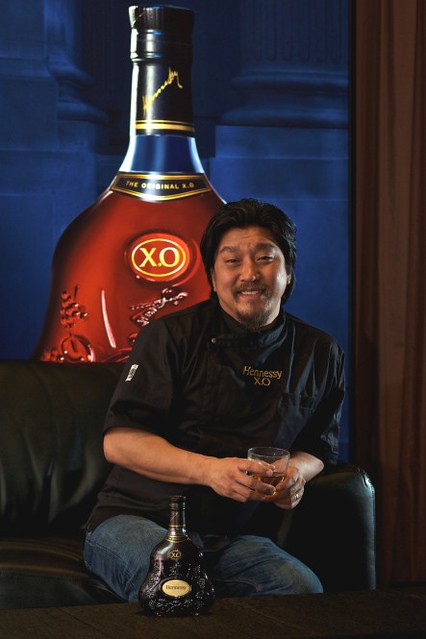 Chef Edward Lee’s story – and his food – could only happen in America. One part Southern soul, one part Asian spice, and one part New York attitude, Lee is a Korean-American who grew up in Brooklyn, trained in classical French kitchens, and has spent the better part of a decade cooking in Louisville, Kentucky.
Lee’s passion for food is only surpassed by his sense of adventure; it is, after all, what took him to Louisville from a successful career in New York City. In 2001, on a cross-country road trip, Lee wound up in Louisville during Derby Week, the busiest dining week of the year. On a tip from a friend, he sought out the eccentric chef of a local gem called 610 Magnolia, finagling an invitation to work in the kitchen for the week. Impressed with Lee’s passion and skill, the chef offered him the restaurant less than a year later, and his Southern adventures began. The rest is history.

A James Beard finalist for Best Chef: Southeast in 2011, he has been featured in Gourmet and Esquire magazines, defeated Iron Chef Jose Garces on Food Network’s “Iron Chef America,” appeared on the CBS “Early Show” preparing an eclectic three-course meal for a family of four for under $40, and was most recently seen on “Top Chef: Texas.” Lee continues to seek out adventure, whether fishing bare-handed in a Kentucky creek, hunting for venison, working in a slaughterhouse or dropping in on a friend’s restaurant to cook for a few days. He approaches his professional and culinary life with candor, humor, and –most importantly – the same spirit of adventure that was the original impetus for his success.

I just cant wait to attend this event and I shall share what had happen in the event on my next blog post . .hehe~

Please do tell me, who do not know Peter Pan? I guess most of us know Peter Pan that is one of our childhood stories fantasy that most of us knows about it, even our parents too. We have often read story books or watch cartoon on this fantasy. This round Sunway Lagoon is proudly to present you their first major stage production, collaboration with ‘West End Production of Peter Pan The Musical’ from Europe to bring you this wonderful stage play musical. I cannot deny that I am a fan of stage play musical and I am proud that Sunway Lagoon had made it possible from 26th November till 2nd January during this school holiday.

One of the reason that the play is hosted in this venue is that, being recognized as a premier attraction that won 4 consecutive years of ‘Asia Best Attraction’ from 2007-2010 and also recently the Games & Park Industry magazine in Europe awarded Sunway Lagoon with the ‘European Golden Pony Awards’ for their contribution to the growth of Asian Amusement Park and Attraction Industry.

Well, I got an invite to get behind the scene and a sneak peek of the musical show happening on last weekend and let me tell you, I am impress with it and cant wait for the main show! 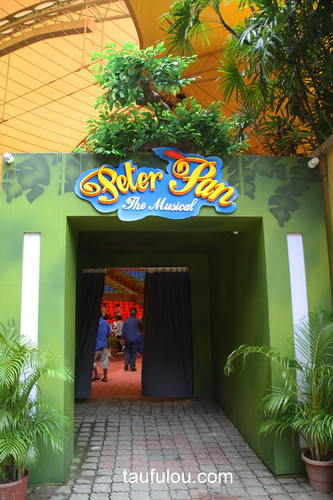 To come to this show, the entry is at the main entrance of Sunway Lagoon and once you hit onto the lowest escalator, you will be driven here by a custom made train ‘Peter Pan Express to Neverland'(which is still Work in Progress on today) that will be available on the actual day itself. Cant wait to see~

Alright, lets head to the main stage and seating area. 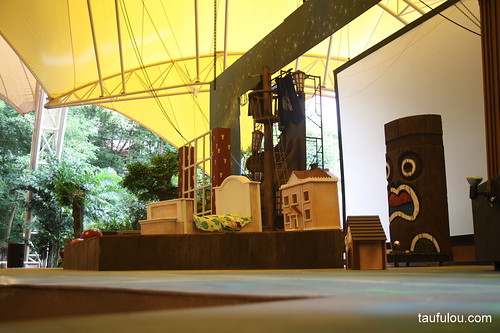 The whole stage had been set up according to the story book, with Wendy’s bed, Nana, pirates ship, mini garden to suits the whole theme. 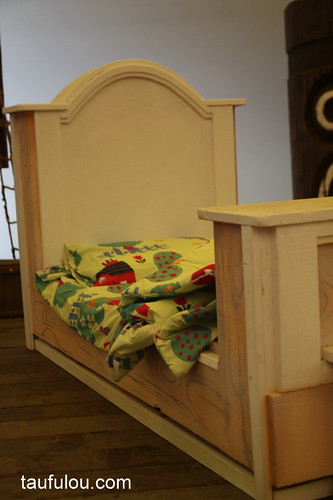 Let me tell you why I am impress by the stage set up as the whole set is design and created by Sunway Lagoon’s very own in-house, design team who adapted the ethereal traits of Neverland. Colorful and vibrant is the unique stage set up to suits the lush greenery surroundings of the Amphitheater is unlike any other to create this full-packaged experience. 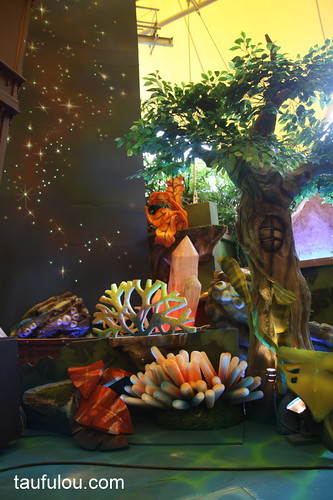 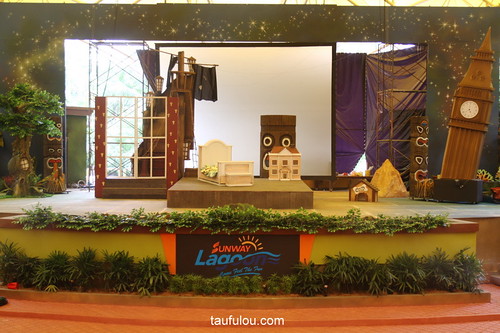 The main stage set up and still on its way to final touch that at night, the stage will be filled with great lightings~ 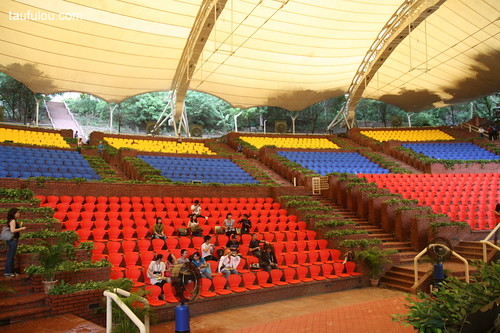 All of us were seated and waiting to be shown around.