When comes to wine, its again another very subjective questions as some people prefer sweet/sour wine, as I prefer dry wine. Cape Mentelle is also another famous wine that I know off that is from all the way down south. 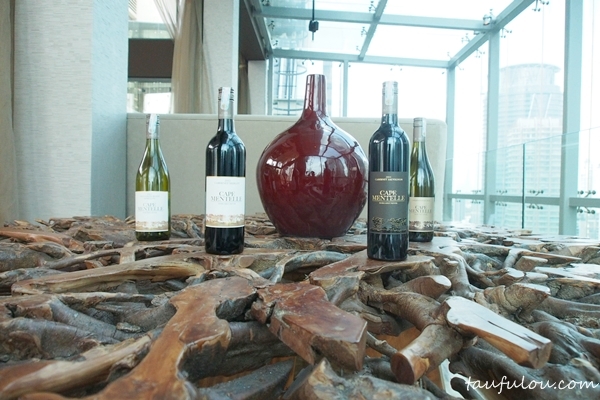 A little fact about Cape Mentelle Vineyards (often referred to simply as Cape Mentelle) is an Australian winery based at Margaret River, in theMargaret River wine region of Western Australia. One of the oldest wineries in the region, it came to prominence by winning theJimmy Watson Memorial Trophy in both 1983 and 1984.

The winery’s first vintage was made by David Hohnen, in a small, experimental, rammed-earth shed. Hohnen’s brother, Giles, and architect Tom Roberts wanted to prove that rammed earth was a viable material for the area. (source from Wikipedia) 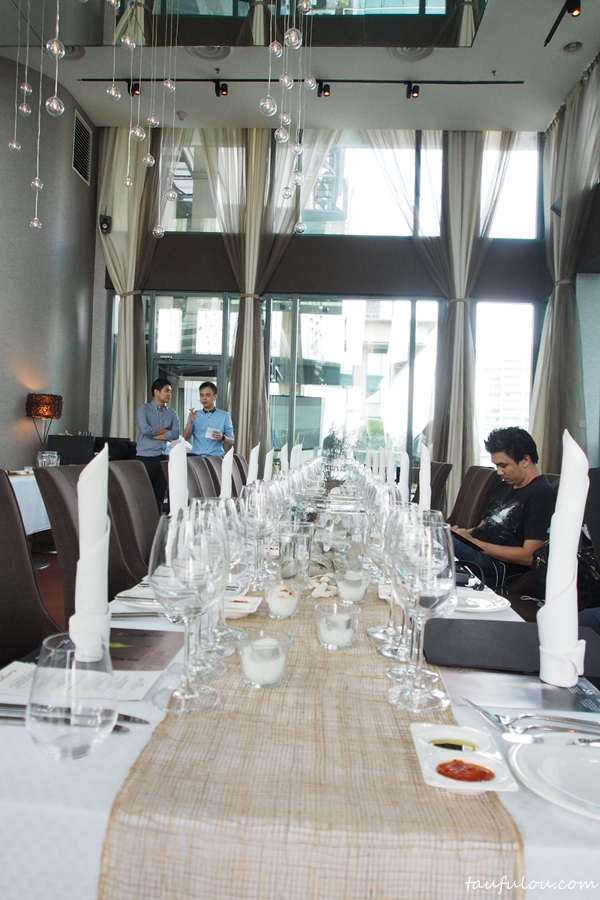 This round we were pretty much lucky to have a great man from the wineyard – Cameron Murphy to guide us thru this great wine pairing lunch that held at Tanzini, with the man behind the amazing dish Chef Eugene. 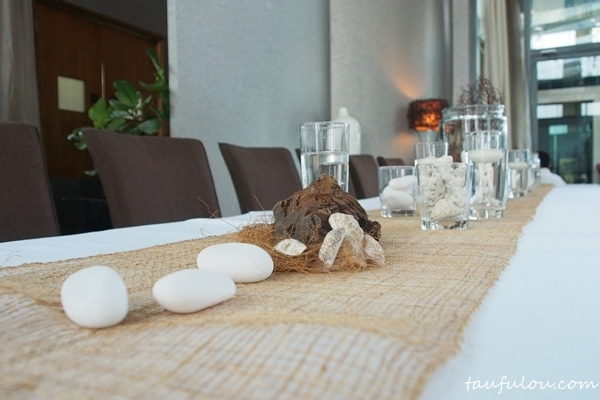 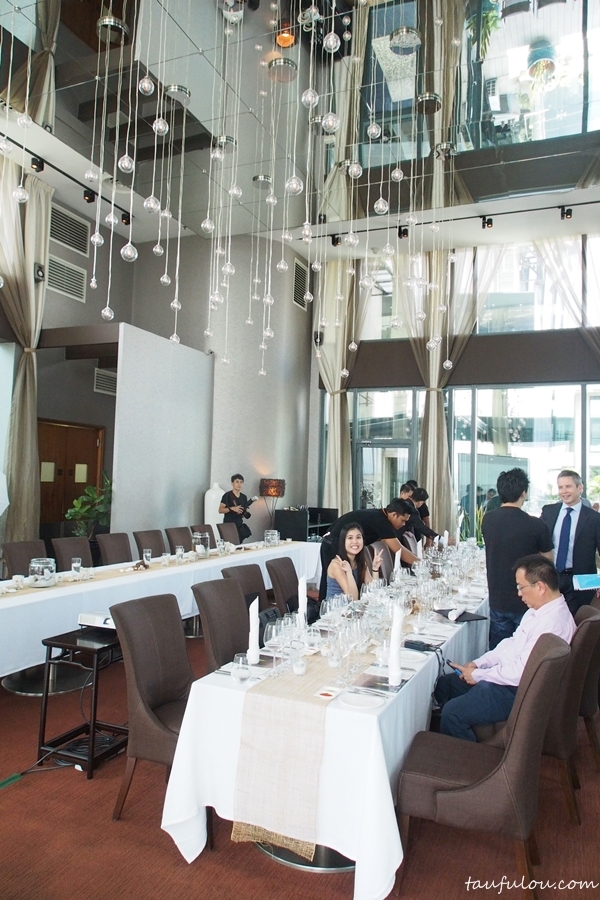 As they have won several awards years back and this year they stood back strong again with a very high review from wine critics and also their demand in Europe had also grown due to selected range. 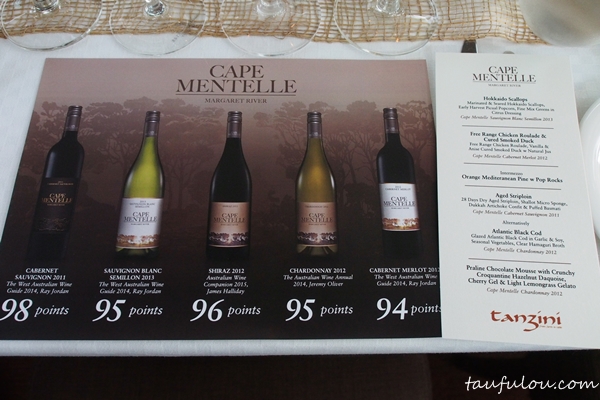 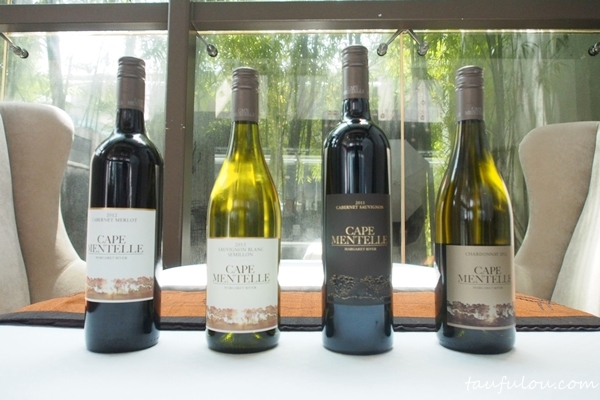 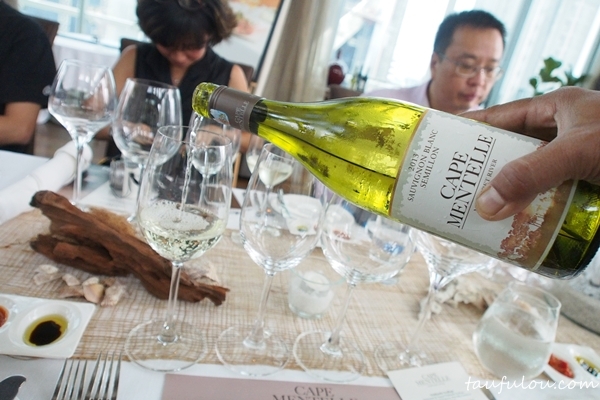 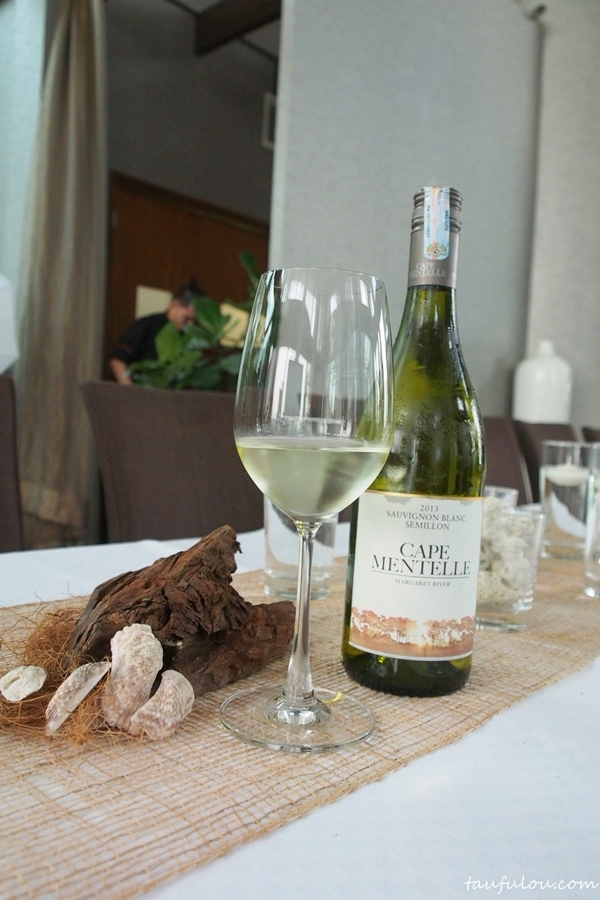 Its a perfect entry wine that pairs very well with any fresh seafood. Refreshing, and with sour end as you can taste some fruity end with  Flavours of limes, passionfruit and honeysuckle. 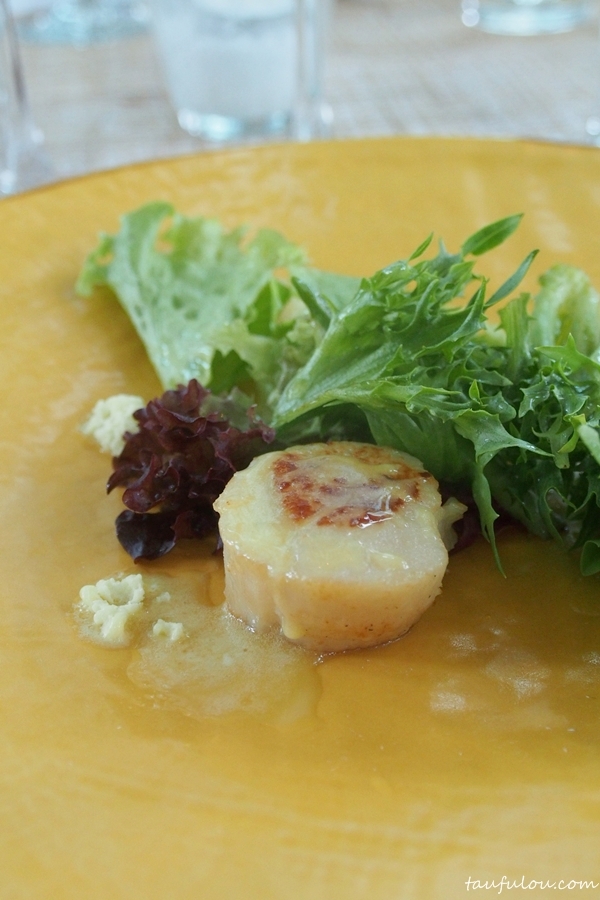 First dish is to pair with Hokkaido Scallop. Bring the freshness up and blend pretty well with it. Love the after taste. 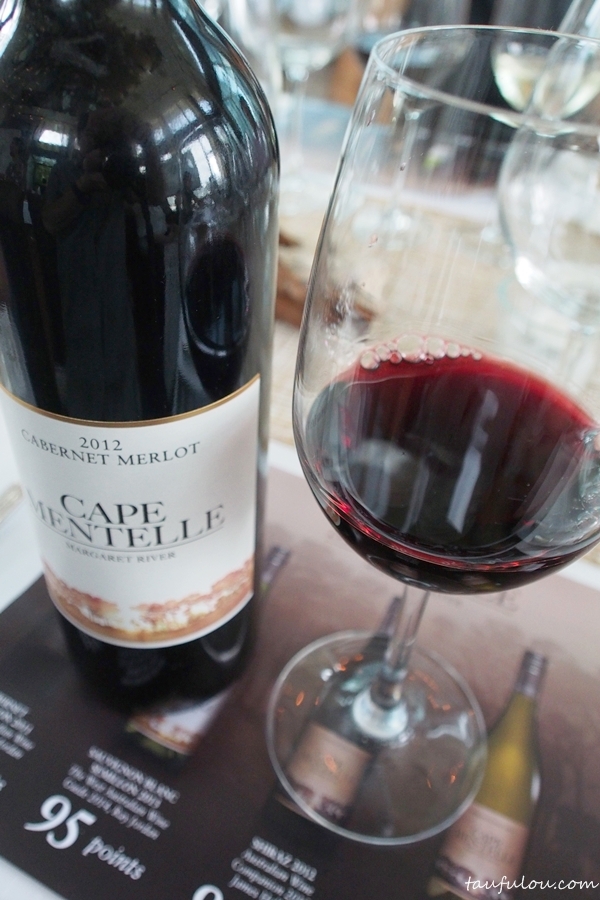 Next in line is Cape Mentelle – Cabernet Merlot 2012 is one of the wine you can consider to buy and invest to keep. According to Cameron its a wine that collectors start to keep because its consider one of the best season for them for this bottle. To make it even better, it have the aging effect that you can keep for another 2-8 years to make the taste even better.

It has the character of poised acidity, and a dry choc-coated fruit finish. A taste which is pretty interesting and was told that to pair with any roasted/smoked food is pretty much awesome! 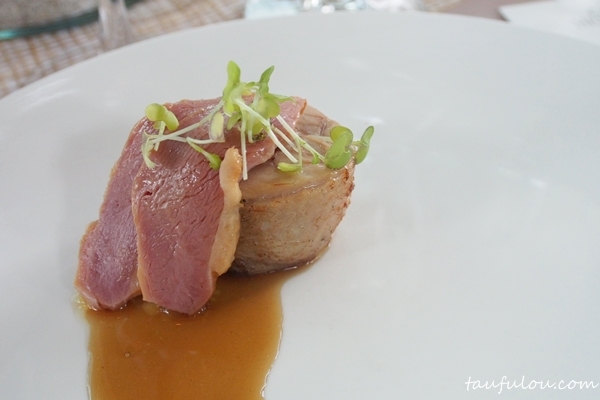 Next in line is this Free Range Chicken Roulade & Cured Smoked Duck. 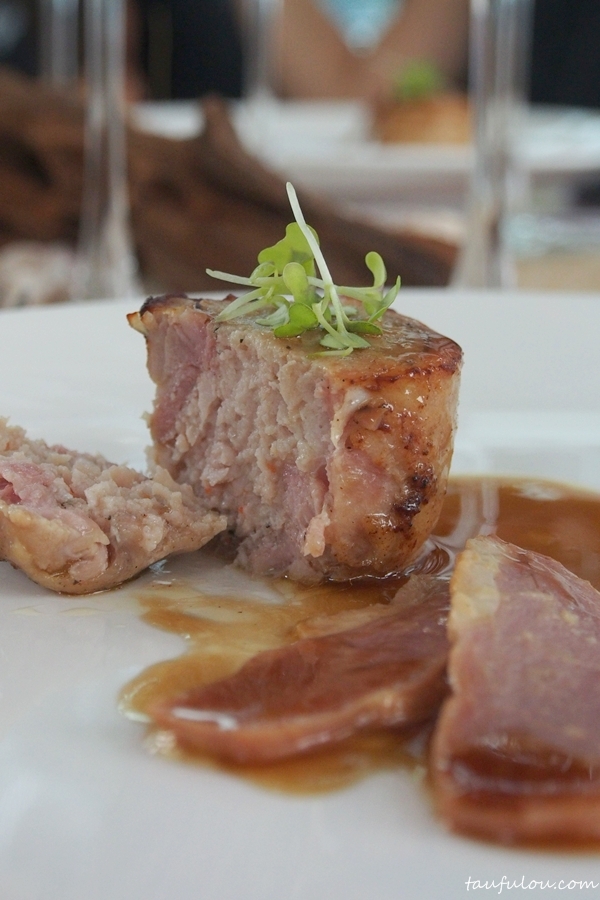 My first impression on this dish, is what can this dish do for me as it do look plain. After cutting the free range chicken, the perfect cook of aroma is flowing out and its cook to perfection. moist, aromatic and the sauce is just amazing. Pairing with Cabernet Merlot 2012 sure do enhance the taste as I find the wine is much smoother and less acid with nice aroma of sourish came out after that. Interesting. 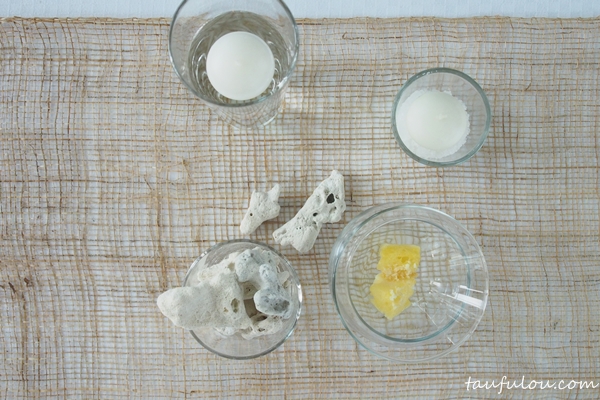 Before heading to main course, we were given this unique palate cleanser . Orange Mediterranean Pine with POP Rocks. 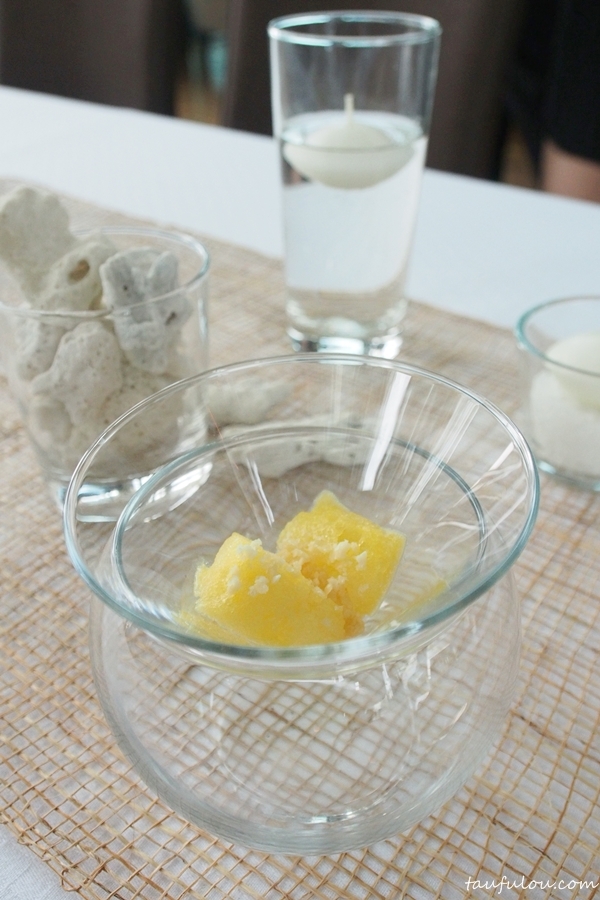 Serve in 2 cubes as once you pop into your mouth, is very refreshing yet do have a playful end as the pop, keep popping on your tongue. 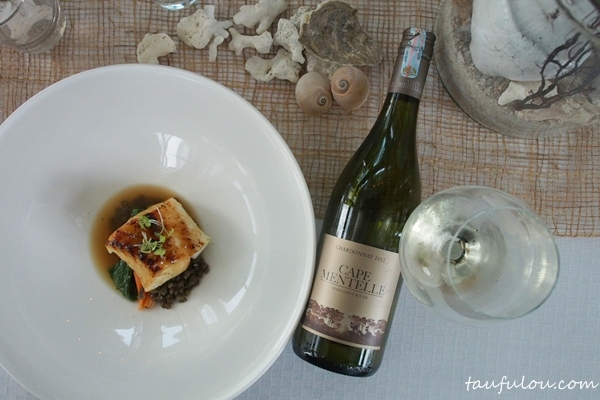 This round I got a choice of red meat or black cod and for the first time, I choose black cod over red meat. The choice I made because I find that the third bottle of Cape Mentelle wine do attract my attention as its Chardonnay 2012. Its very freshing, as one of the wine that I can taste very light vanilla flavour yet with mild oak end. Its a bit dry too after a while and to pair it with this Atlantic Black Cod is just hard to resist. A perfect combination. 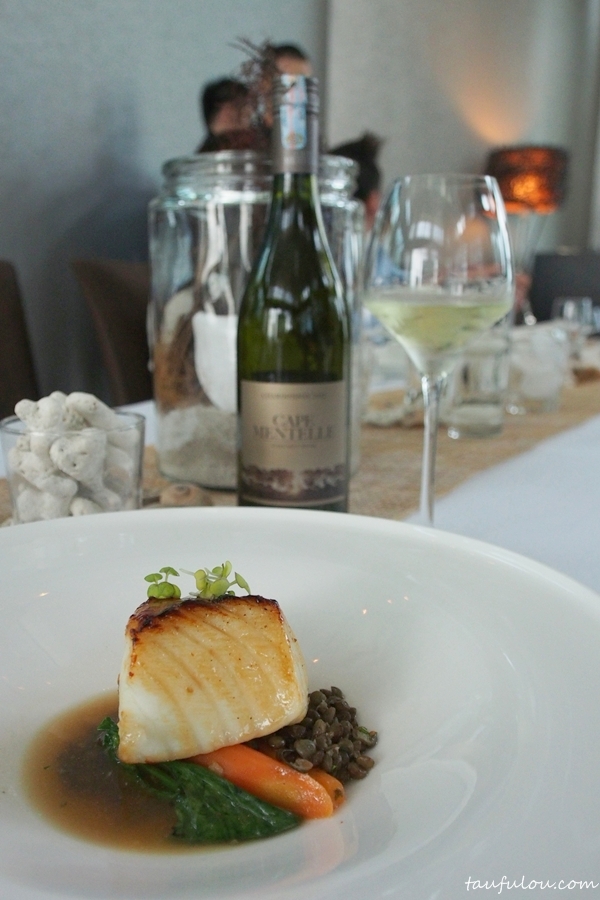 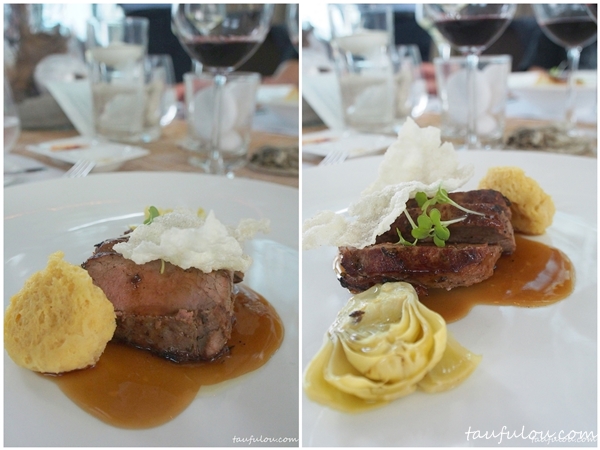 While the Aged Striploin is pairing with Cape Mentelle – Cabernet Sauvignon 2011. Love the wine character itself as it have dry end and of course you have to breath it first before you drink. 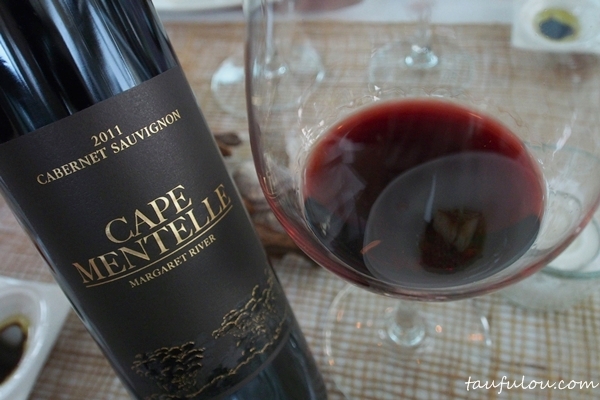 Its not an ordinary wine as this is totally one of a top production for Australian wine or a world class wine. Pretty well known for many special celebrations wine among families and friends as its a balanced mix of inky blackcurrants, couverture, thyme and aniseed with a touch of violet and a subtle oak influence. 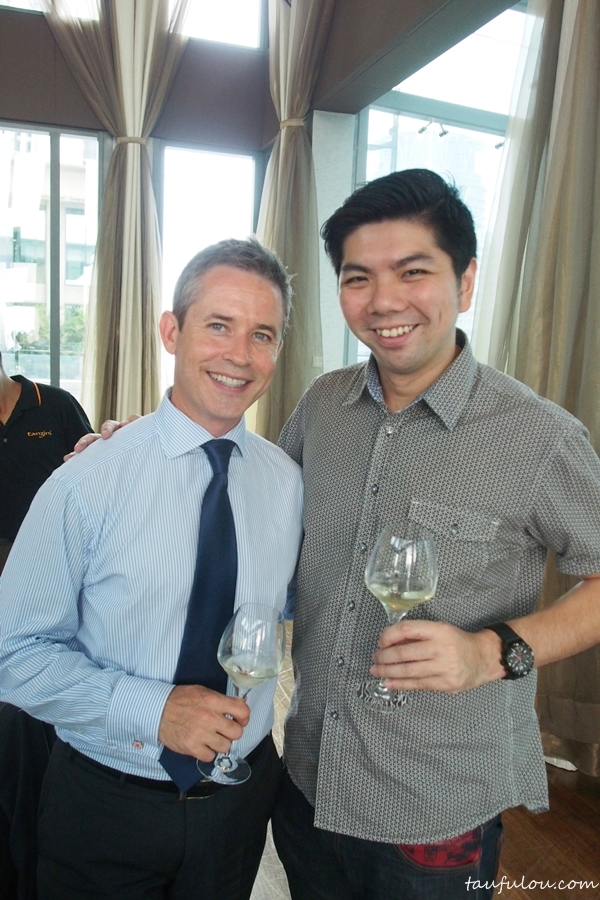 Great person to host our lunch wine Pairing with Cameron all the way from Australia to guide us thru this great wines of theirs. Thank you . 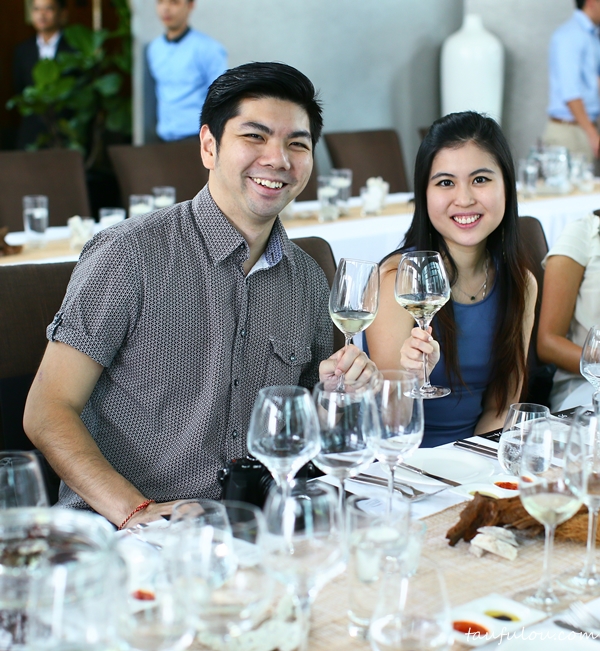 Of course not to miss that I did enjoy my wine with some familiar faces, with Karmun being one of them. (photo by media)

On my personal favourite for Cape Mentelle in order of course as below: