Browsing
Every year during 5th day of 5th month on the lunar calendar, I am always excited on it as it is Dragon Boat Festival that will traditional eat Zong Zi or what I usually call (Bak Chang) which is a type of traditional Chinese Food, many Chinese during this festival at some of the homes will do some homemade bak chang by using ingredient such as pork, lotus seed, lotus leaves, salted duck egg, white or brown rice.

This festival was to commemorating the death of Qu Yuan, a famous Chinese poet from the kingdom of Chu who lived during the Warring States period. For more (read here – wikipedia)

I have always been a big fan of rice dumpling especially the home made ones, as it is rich in ingredients. Usually during this festival, my auntie would make some and give around the neighbours and there are at one time, my auntie forgot that the neighbor went travel and I had 2 weeks of bak chang! (after that got phobia of it) but till now still in lurve with the taste of it. 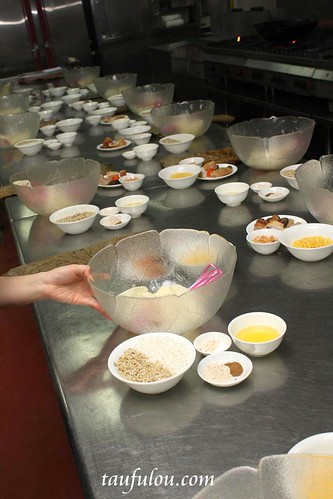 To me, I only always enjoy eating as I know making bak chang is easy as it involves a lot of work, but the tricky part is tying it up, that not until recently, I get an opportunity to attend a rice dumpling workshop by ‘Chef Lo Tian Sion’ that each of us were given a huge space in the kitchen table to play around, and let me tell you, it was fun! 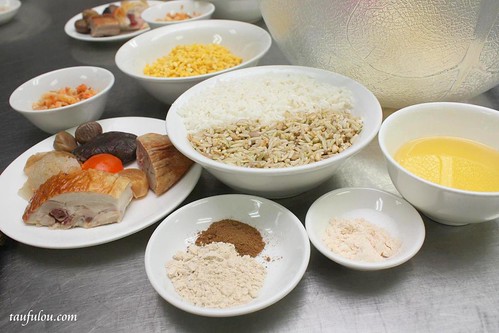 The ingredients for the night are, white and brown rice, sugar, salt, oil, some powder . . . 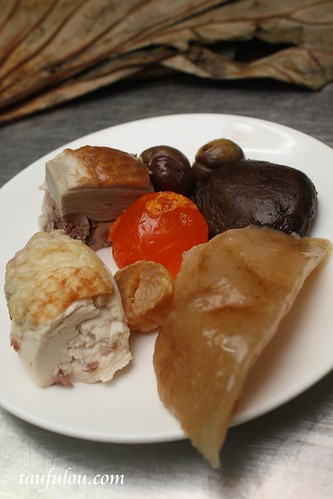 and the very main ingredient are usually customise with your own choice, but for tonight are chicken breast meat, sea cucumber, mushroom, salted duck egg yolk, dry scallop and a few more. 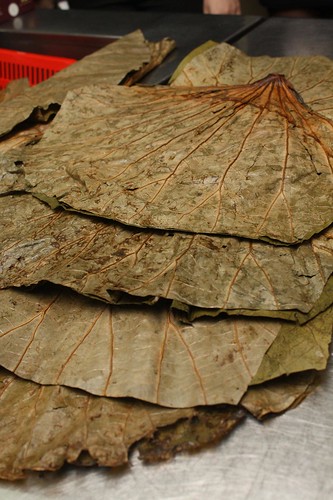 Fresh lotus leaves are needed to wrap on the rice dumpling. 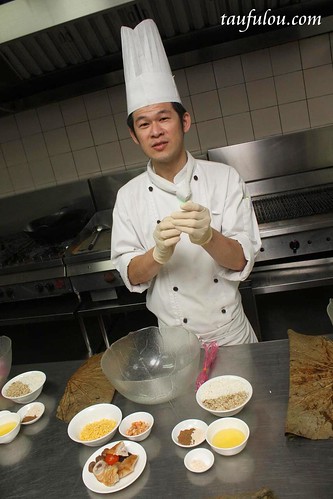 The chef are ready, are you ready~ 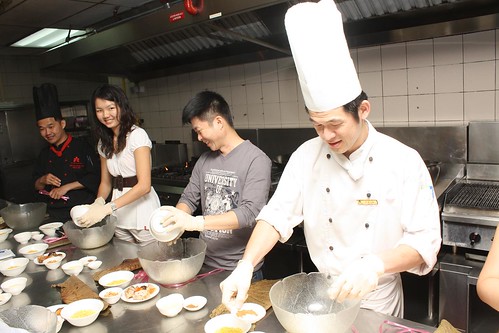 Pour all the ingrediant into the bowl and mix it with your hand. 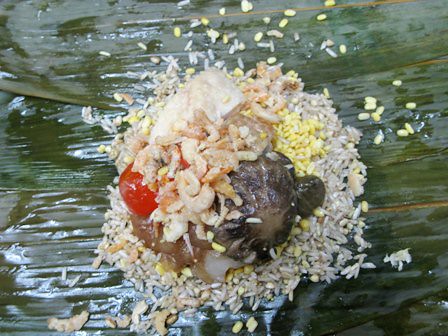 then after mix it thoroughly and place the 3 lotus leave at the bottom and spread it out, next add in the mix brown and white rice as the base then add in the main ingredient on top. 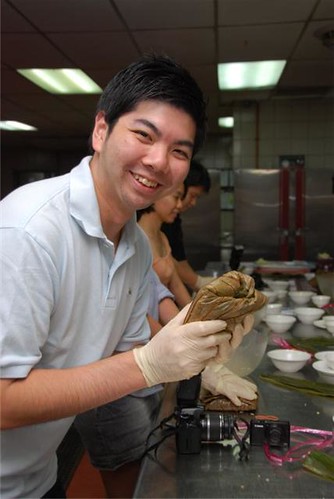 my best of wrap then the chef said that its not tight and solid enough. Gosh~ you really need the trip or master the skills to wrap on it. 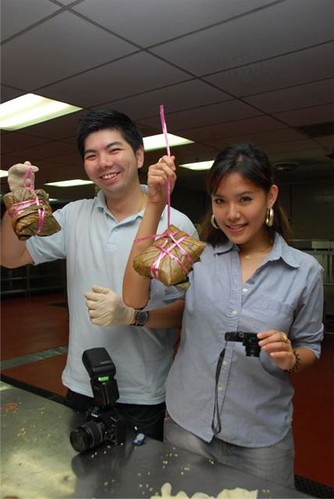 Tadaaa….7th attempt still fail and it was the assist of the chef that helps us to tie on it and Ester also did it. 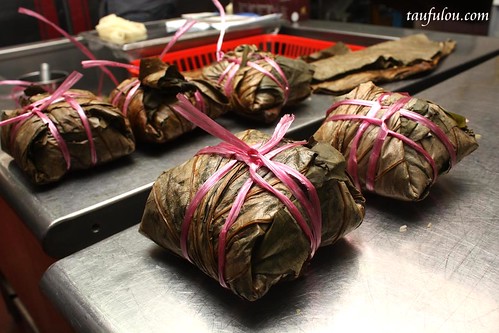 Our rice dumpling are going into the steam, as I just got to know that it need to be in boiling water for 8 hours. (which previously I thought for only a few hours)
Continue Reading
By Taufulou
I have been always told by my friend saying that if go to Hong Kong must try out the MacD. Cuz got PORK! So the lunch we grab MacD nearby my hotel there. The best thing about their MacD also they got their very own Mac Cafe. Which is I can see that selected outlets and the one that I went heard my friend said that the coffee there is better than StarBucks.

This is the ‘Pork McMuffin‘. Which is the only pork thing that they have as another 1 is ‘Double Ham Burger’ out of stock..ISHH!!! The other looks more tempting and delicious. So No choice have to grab this. To me actually it is not much different compare to the daily MacD breakfast that we are eating everyday. Nothing special to comment about it. The medium set is HKD 28

But this my order. ‘Quater Pounder‘. Medium Set HKD30. I think that Malaysia version is nicer and taste better especially the beef pattie. The grilling process not as juicy and cheezy as what I had. But their concept of the burger is for healthy purpose. When you eat it at least you wont feel guilty..haha

I am totally impress by the taste of ‘Grilled Chicken Burger’. It is like when we eat Ramlee burger chicken but this is the Chinese version of Ramleee burger I would rate. Taste very good. The chicken breast meat is soft and grill to perfection, the sauce that mix in it taste very good. I would say that it is a item worth trying.

Find that their box is nice~ Even though do not know what are they writing on the box besides the Grilled Chicken Burger.

I found out that the website of MacD Hong Kong version is very nicely done.Worth to check it out~