Browsing
It was quite some time ago that me and my friends had eat all you can dim sum. As I remember on the last round was my colleague keep arranging Tim Sum buffet till got phobia of it and stop for quite some time till last weekend which was organize by Ken.

Then we head to Zuan Yuan Chinese Restaurant which is located at 1st floor of One World Hotel, PJ that pamper most of the tim sum lovers with their latest menu with an unbelievable price. 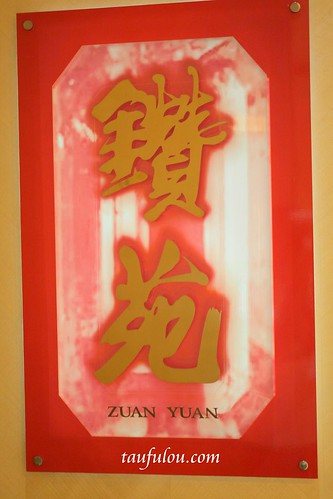 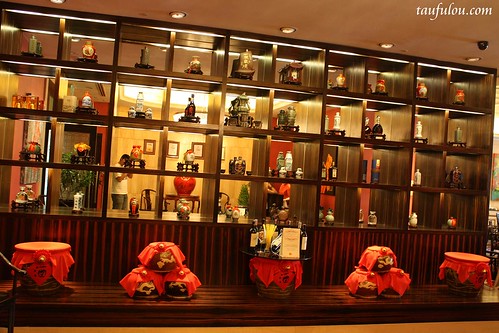 With chinese vase, and some look alike artifact had decorated the whole wall upon the nearby entrance. 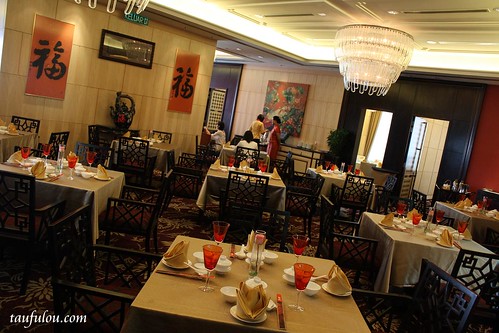 When we were walk through pass the entrance, I just love their interior design with luxurious interior furnishing with traditional colour of red, silver and gold. 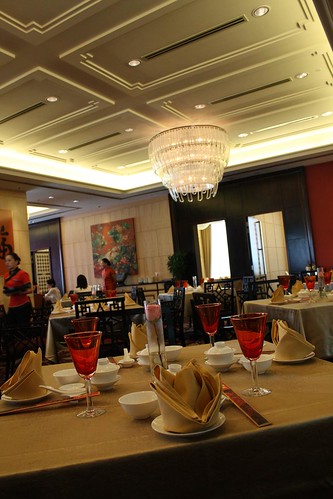 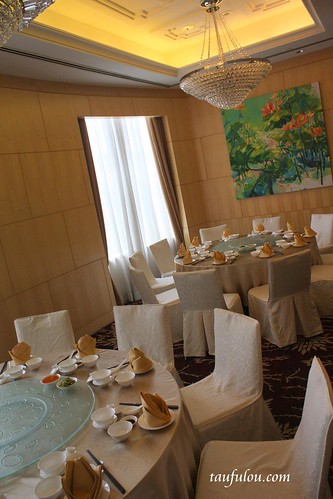 If you feel that you need more privacy or need some gathering, the sure do have VIP rooms to cater on your needs. 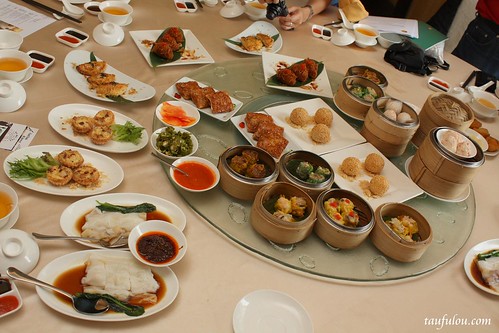 Not long after we were seated down, then the table was bombard by all the variety tim sum, while we were busy taking pictures of it, it never stop till the whole table is full, then I was like Wow! Wonder how are we going to finish it. 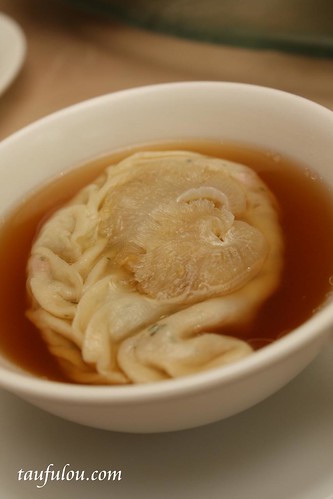 In this buffet I got shock that we get to order ‘Steamed Seafood Dumpling with Superior Stock and Shark’s Fin’ or as the picture below. I love this very much, with its strong taste that been steam for long time, and the seafood dumpling remains soft and filled with ingredients. Recommended this compare with another one. 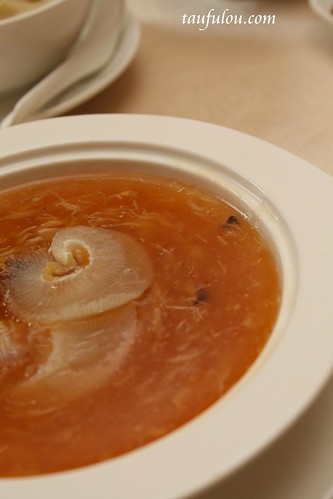 ‘Braised Shark Fin’s with Crab Roe’ is a bit starchy and added on with vinegar, it just taste awesome. 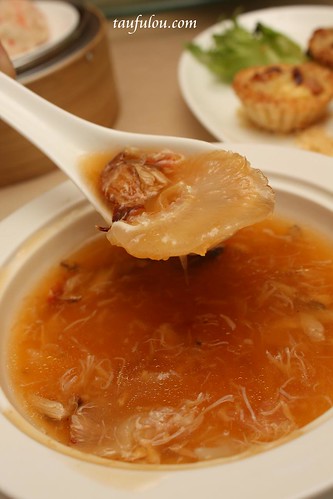 I just like their vinegar taste that make the whole soup so nice. 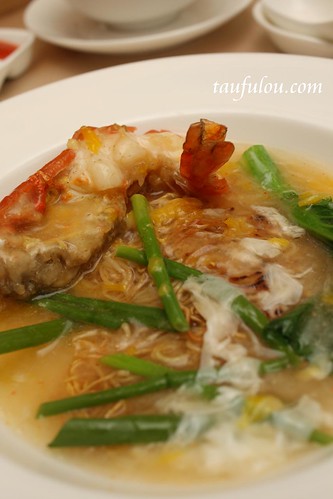 ‘Water Prawn Noodle’ is served next in the set menu with a plate each. Chewy juicy prawns hints the freshness of it and end with an egg top on it. 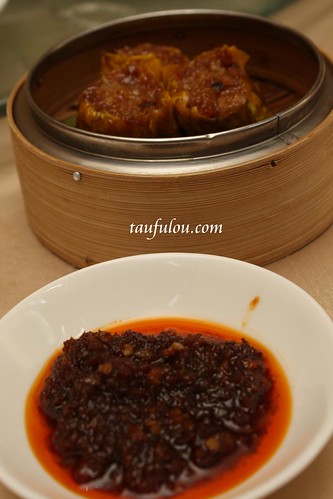 The ‘Chili Oil’ is something that I constant attack on, as its very fragrance, a bit salty and with dried shrimps and not very spicy. 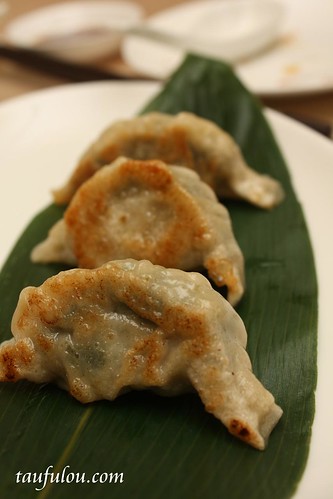 ‘Pan Fried Shanghai Dumpling’ I always bite open the tip of it and stuff it with Ginger Vinegar that served upon. Just loving it as its been pan fried well on one side of it. 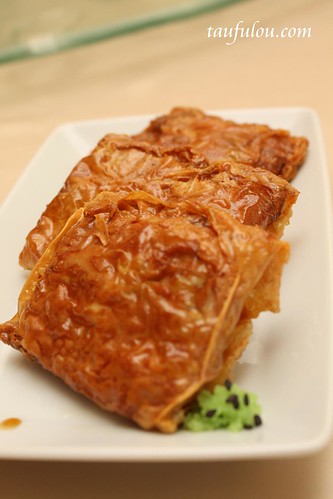 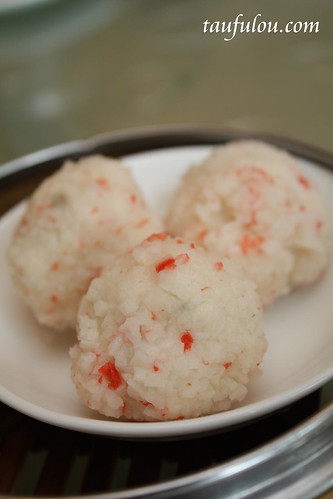 This is my frist time with ‘Steamed mince Squid Ball with Dried Octopus and Crab Stick’ as I thought it was a sushi ball, it taste simple and nice. 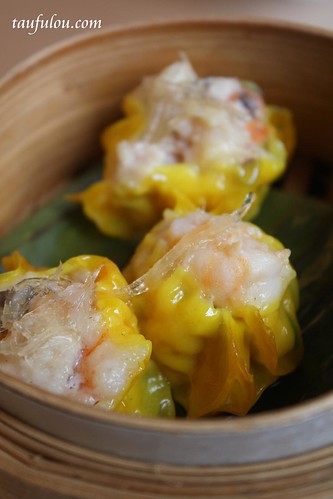 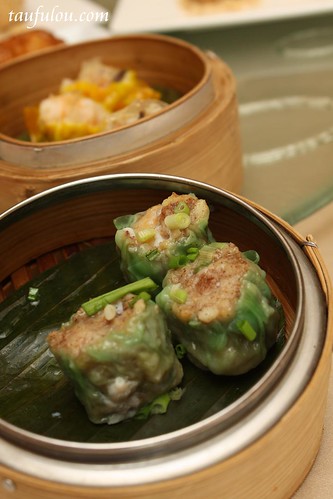 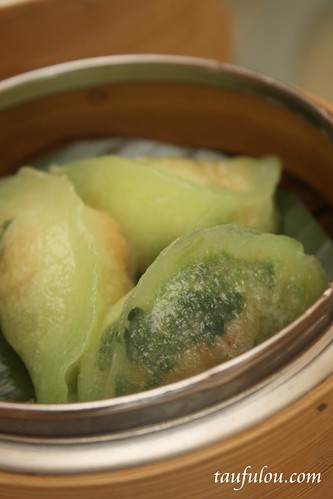 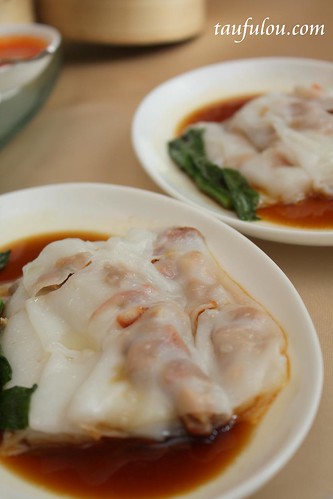 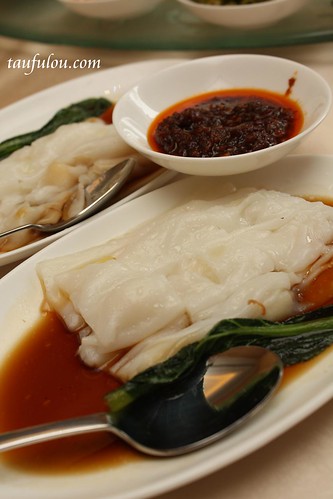 ‘Shredded Dried Scallop Chee Cheong Fun’ as when bite on the scallop its juicy and springy, like the feeling of it. 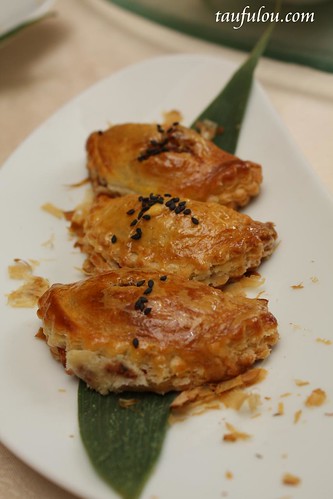 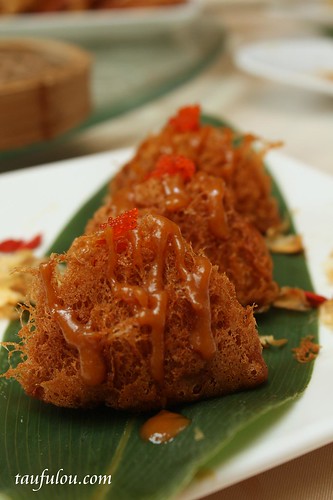 Certainly this taste unique as ‘Taro Dumpling Wu Kok Style with Scallop and Miso Sauce’ the sauce itself had blend in well with the taste of the wu kok, a bit salty and crispy edge. 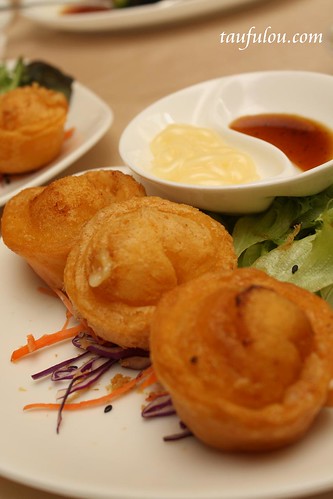 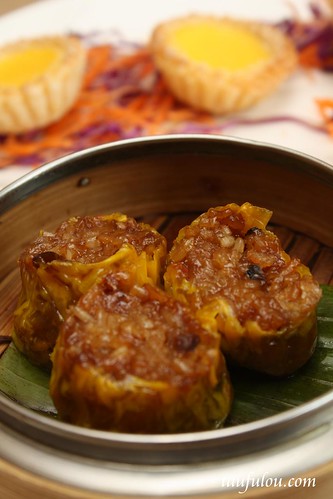 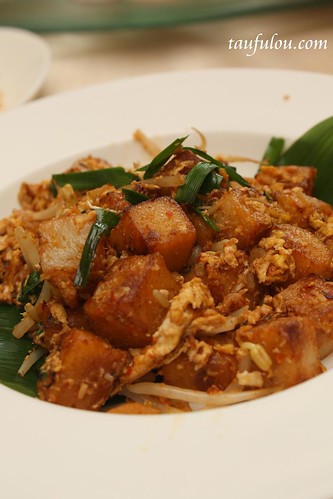 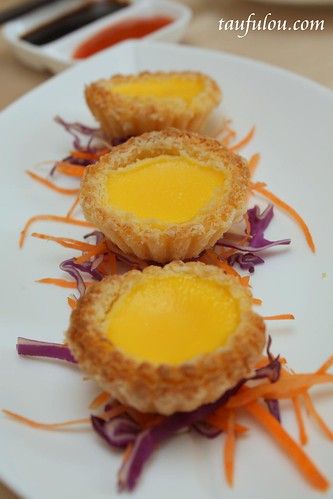 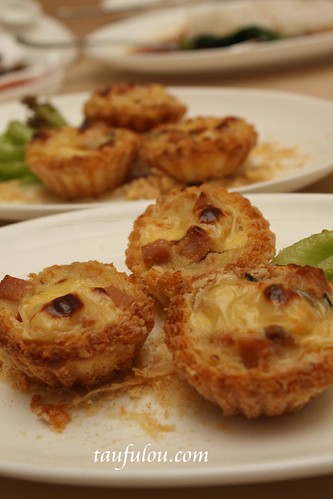 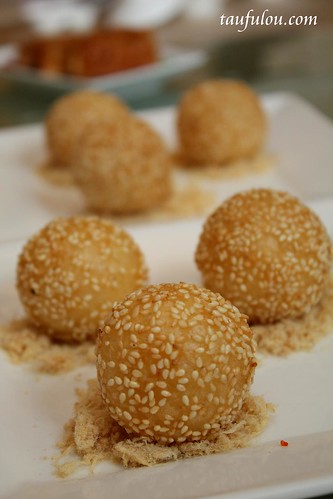 ‘Deep Fried Sesame Balls with Peanut Paste’ crispy on the outer part and inside filling is warm and I like it. I had a plate of these myself. 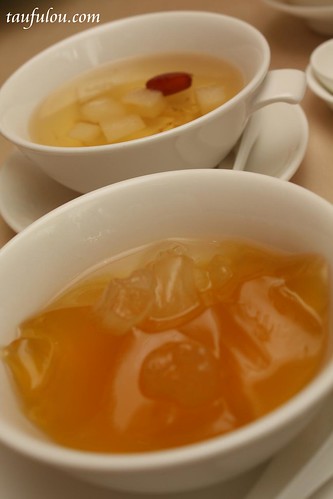 With every Tim Sum that I always go, I must always end it with their desert range. With this two Behind: ‘Double-Boiled Crystal Pear with Fresh Ginseng, ‘Chilled Aloe Vera Infused with Lemon Grass’ as both were rather chilling and refreshing, which is good for me to cool down to get the satisfaction of it. Surely a must have desert to end off your meal.

It was a great new discovery that with just only RM48++ we are getting such luxurious range of it. Definately I will be coming back for second round~ is available on daily lunch from 12pm – 2.30pm.