When it comes to weekend, most of us will tend to hang out, finding a nice spot to gather with our friends. One of the café or bistro known as The Library which is no strangers to all of us which is located at The Curve, that is usually pack during weekend especially at night.

[No Longer in Operation]

I have heard a lot of my friends keep mentioning about this place, The Library since last year but not until recently I only visited this place, because of the promotions my friend told me about it which is buy one free one. 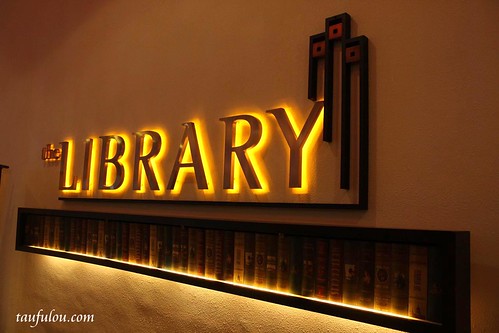 On the out look of the interior surely it had attracted alot of attention on what is it about by creating the curiosity out of it which last time when my friend invite me to this place I scolded them for doing what on Friday night in the library until the explain to me. Lol~ 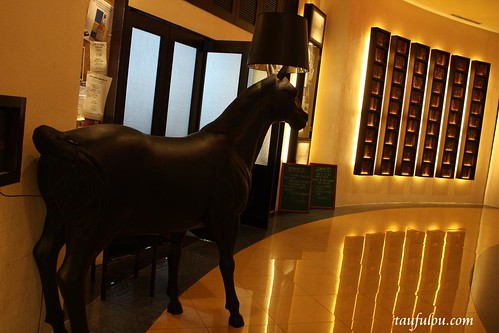 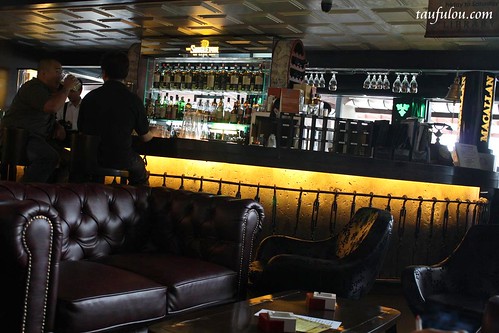 I love how the decorated the whole place with simple classic leather library couch place in the middle, with big chairs on all each of the table, with dummy book racks on the wall and all the waiter and waitresses dress like a librarian with a spectacles on them. 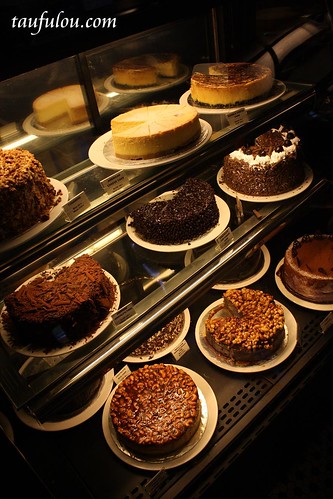 On the fridge, the display cake is surely full with temptations that most of them look so good, but what restricted me frrom ordering is the price of it that easily cost RM20++ per piece. 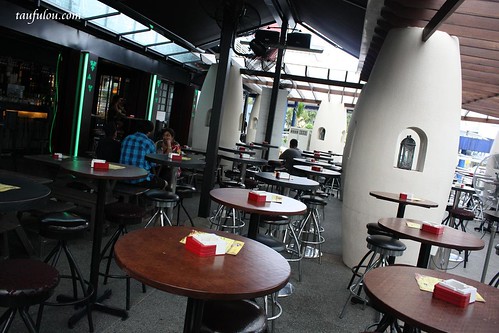 On the open space area it look a bit different, just like normal clubbing scenes with stool and tables. 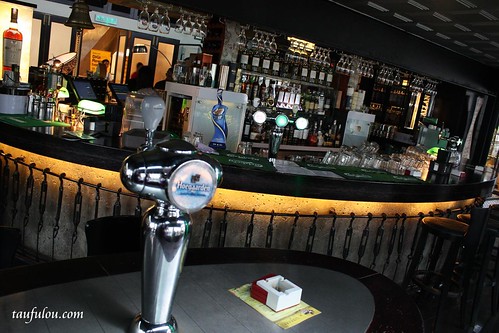 In the bar, they sure do serve alot of internation beer which is one of their famous signature HoeGaarden. 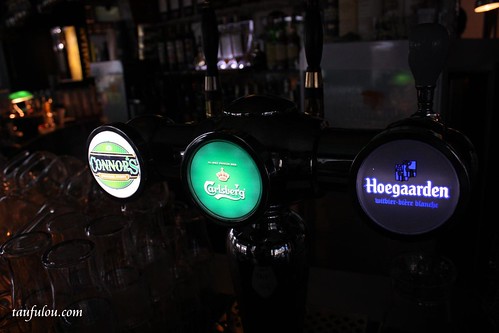 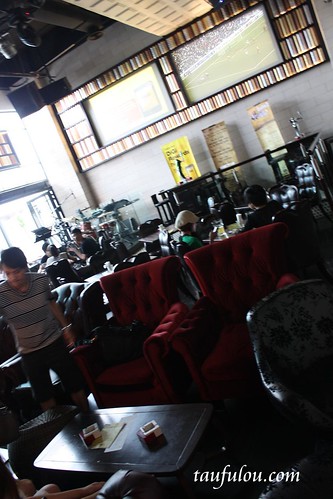 Besides that they do have a mini DJ deck area also with a stage for live performance on every weekend at night and what I came accross that if you were wanted to sit inside, a minimum order of 2 bottles is required. 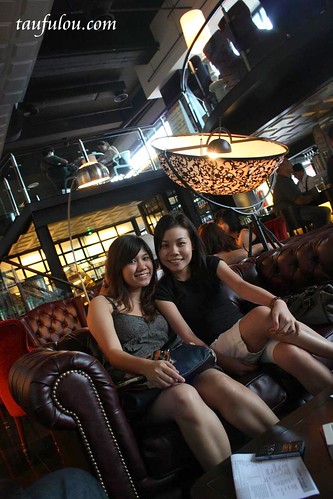 Hang out with all my ex colleague which havent seen them in ages after I left my ex company with Looney, Stephanie and Seng Yang till another group of my drinking bestie came over. We had a blast in that afternoon as on that time we were told that the buy 1 free 1 promo is the last day. In total, we ordered around 12 sets which is around 22 pints of Hoegaarden (which I forgot to take pics of it).

Our very first stop for the night is Mong Kok. Where by a lot of things to be bought and see. Still remember one of the movie which is One Night in Mong Kok.. This area had always been like famous with gang triads and always about ‘Pek Yau’ but that was all about in the movie.

We took the MRT from our hotel to Mong Kok and it was like a few stations away.

When I walk out from the entrance of the MRT I got so shocked that the whole street is packed with people and damm noisy.

The street was closed up and it was Friday night that makes it packed like sardines and you get to see a lot of street performance.

by This guy where you put in some coins on the yellow or green thing he had prepared, then he will move. It is exactly like a machine. He was standing there so still even though we kacau him, he wont smile or laugh. Professional~

This is not a street performer, just a person who give out brochure but then had done it like they are one. They are promoting slimming packages.

By this ah pek, we respected him a lot, that even his voice out of tone so much and the way he sings will give you nightmare but we support for his courage. The best part is not only him is about his dog also. Sit there till a fake dog and he know’s when to bark when the singer sing chorus.
In this area, not only 1 ah pek doing it, there are a few other ah pek doing street performance.

Hong kong is all about advertising, and competing whose sign board is bigger to get awareness but of course it had lighten up the streets.

After walking in that area, we head to the famous street, ‘Lady Street’. Which we rate it something like ‘Chee Cheong Kai’ (Petaling Street) but of course, the things there are much nicer, it is longer than Petaling street 3 times and the crowd are like 5 times more.

For those who like to bargain, here would be your paradise but please be aware that if you are really interested in the items, only start bargain.

*Remarks
Please do not bargain and bargain for the syokness of yourself and you will ended up letting them scold and curse u or shout at you very loud.

After a short walk, this stall caught my attention, for those who have great fantasies, you can definitely get your sexy lingerie here. The best me and my friend think of is the elephant.

Bosini in Hong Kong is so famous where you can directly see that their clothes is much more nice compare to Giordano Malaysia as we rate this 2 brand similar and of course the pricing of the t-shirt is not worth to get in HK for Bosini.

I got impress that they occupied the whole 4 level.

For the first night only, we were like already spend over budget. With the food and women street there, and disappointed I cant find any nice Converse shoe at ‘Shoe Street’
Continue Reading
By Taufulou
Pin It