H-Artistry is BACK! Last year the finale party was awesome especially the stage. I am impress, as though the space allocated is a bit small then me and my friends move down nearby the stage for bigger space. (click here for last year Hennessy A-tistry) 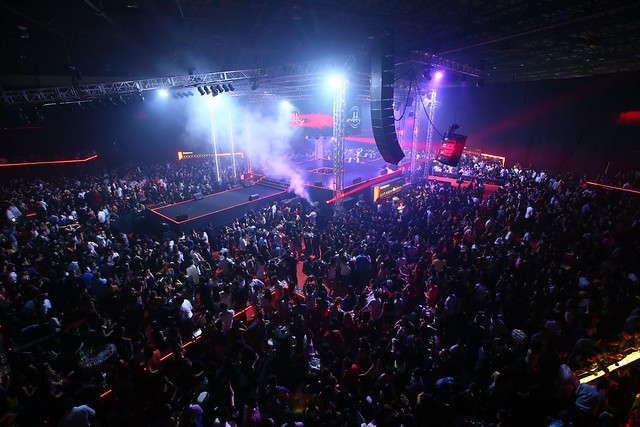 Impressive right the stage which have near 4 sided frontage. 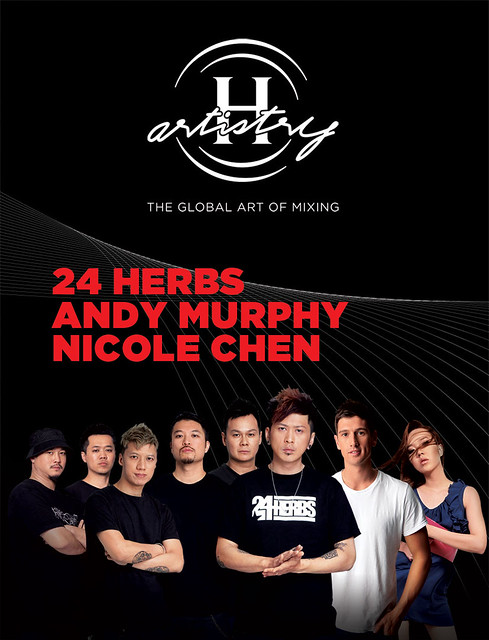 Stepping into its sixth year since 2008 and for the first installment of H-Artistry,will be held at ? Its at… drum rollll. . . . .PENANG. Yap! The first installment its gonna be back up in Penang again as last year they did it at a big bang at Straits Quay Convention Center and this year they gonna make it even bigger at new refurbish location – SPICE (Subterranean Penang International Convention and Exhibition Centre) formerly known as PISA (Penang International Sports Arena) that will be happening on the 25th MAY.

Check up the line up for you guys from H-Artistry,  feature two solid sets of pumping dance music, which will be administered respectively by one of Kuala Lumpur’s most promising indie/electronic acts, as well as an Australian DJ who is no stranger to stages of international dance music festivals. 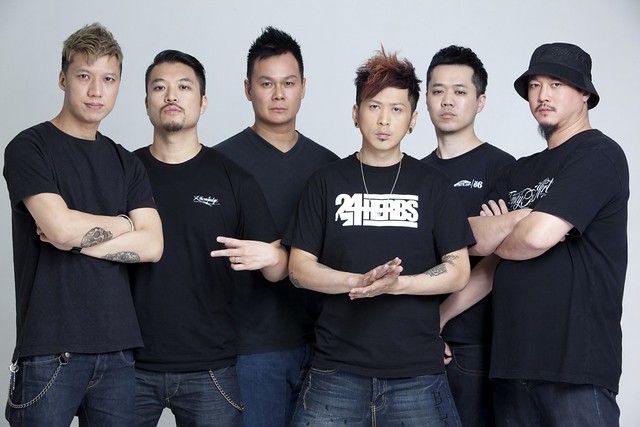 24HERBS (廿四味) is a six piece collective of dynamic and progressive individuals, who make up one of the edgiest and most energetic hip hop groups of recent times in Chinese entertainment. 24HERBS (廿四味) released their first, self-titled album in 2008, with a hit single “Respect Tou PK” that made radio chart shows and propelled the group into winning a Hong Kong Annual Commercial Radio award in 2008. The album featured collaborations with various artists such as Sammi Cheng and Chermaine Fong. Their collaboration with Sammi Cheng entitled “Forgiveness” was recognized at the Hong Kong Digital Media Awards. 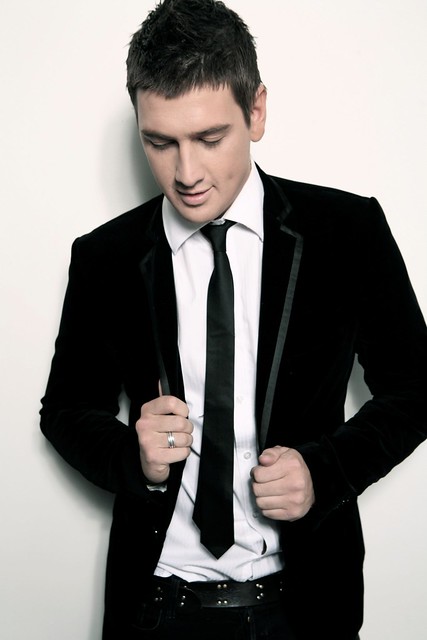 From the Australia, brings you Andy Murphy whom is one of the most prolific young DJs, constantly touring the world and making appearances in clubs, events and international dance music festivals, such as Stereosonic, Future Music Festival, Summadayze, Fall Festival and Creamfields, among many others.

His talent has also taken him to Miami, New York and Los Angeles where he played at Steve Aoki’s infamous Dim Mak. Most recently, Andy Murphy also graced the Global Art of Mixing stage in Taiwan last year, where he played at H-Artistry and collaborated with Korean-Canadian artist G.NA to deliver a show-stopping performance. 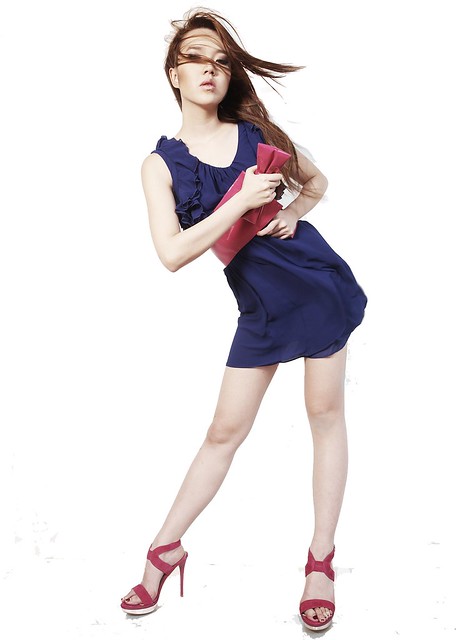 Someone who is near that makes it our neigbouring country, one of the most prominent DJ personatlites in that island at the moment with her energetic and electrifying up-tempo electro-house / dirty-dutch sets. She is also the former Miss Earth Singapore 2007. Not only that, as her outstanding talent and ear for music has taken her around the world to play at festivals, VIP events, clubs and openings. With heavy weight hitter in music industry, she also gets a chance to show her skills in some of the opening act with international  names which include Steve Aoki, Benny Benassi, Felix the Housecat and more.

Invites can only be obtained from the H-Artistry Ambassadors stationed at participating outlets at specific times, so be sure to check out the full scheduling details, as well as updates on the upcoming H-Artistry event by visiting www.h-artistry.com.my.

So Penangnites, do gear up for another great party event coming YOUR WAY!

This is one of the new place that I often see my friend check in until I came here myself and I am surprise to see this new place which is a new replacement for Sunset Bistro which is one of my favorite hang out place if comes to beach area  known as Bora Bora Beach.

Now with the new build up to replace Sunset Bistro which been told by my friend it got arson down and surely its much better compare to the old place. Even on weekdays it had manage to make this place lively with local and tourist flock this place with friends and family. 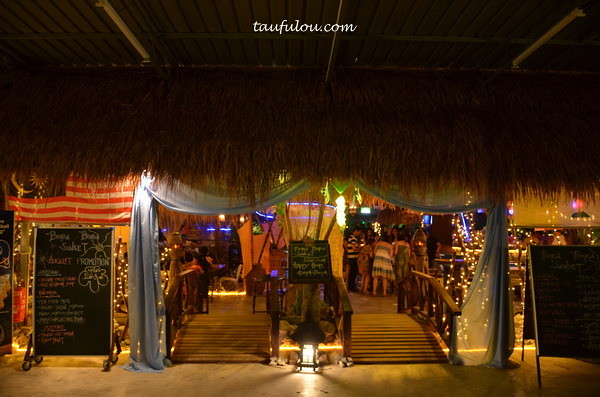 You will be greeted at this look a like beach type frontage with build up 2 mini bridge to bring you over to this new dimension or newly renovated place that replaying Sunset Bistro. 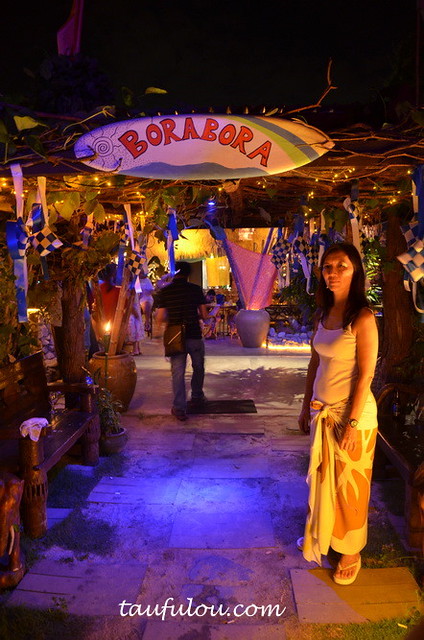 Bora Bora by Sunset is the newest place in the area to give us more to sea side and better ambiance compare to the old one. 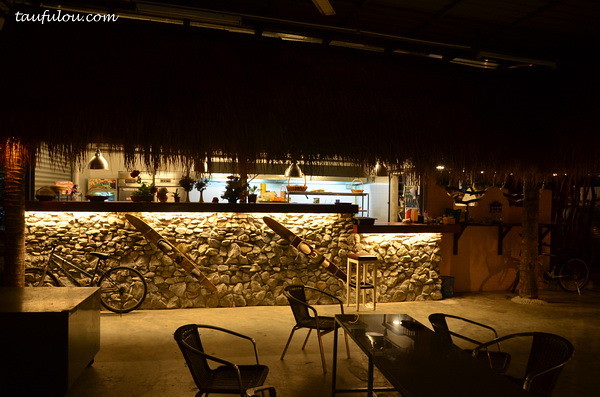 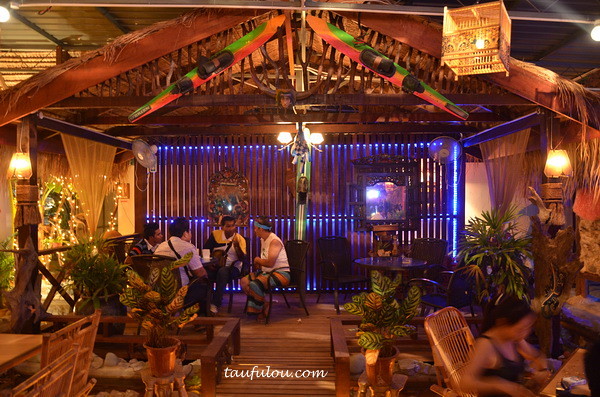 If you are seated in door, it have many types of decoration style to make it lively. 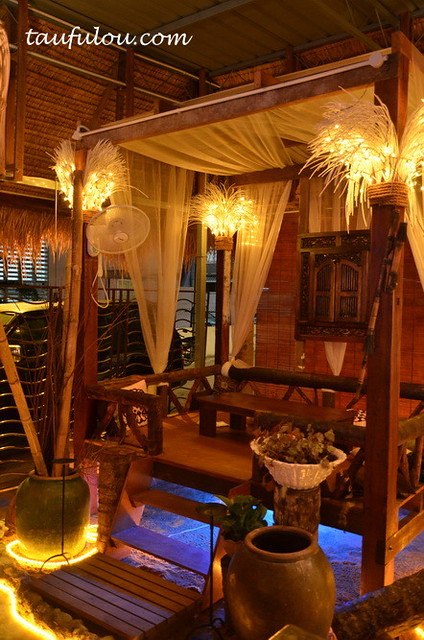 Even have a private hut for you to drink  and dine. 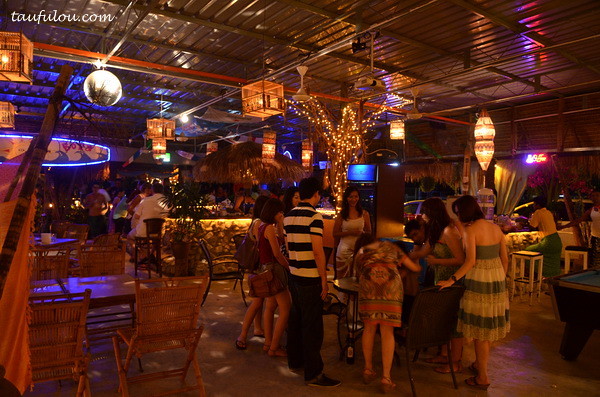 This is how the overall indoor place looks like, totally sets you in the ambiance right by the seaside and tonight, there is a party going on, every one dress in summer dress which gives it more mood on it, that gives me the memory of Redang.. 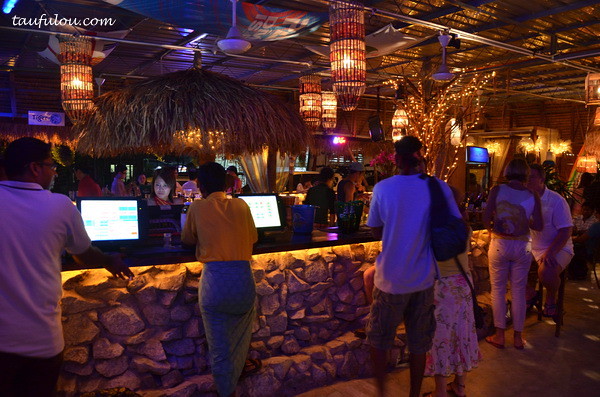 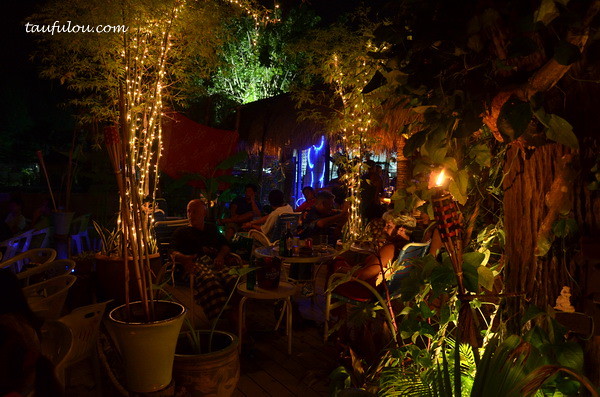 As you would want to sit outdoor, there are more tables and you have to walk along a bit of sandy area then chose your spot. Can be hidden behind some bushes and plants, next to the stage or right out facing the sea. 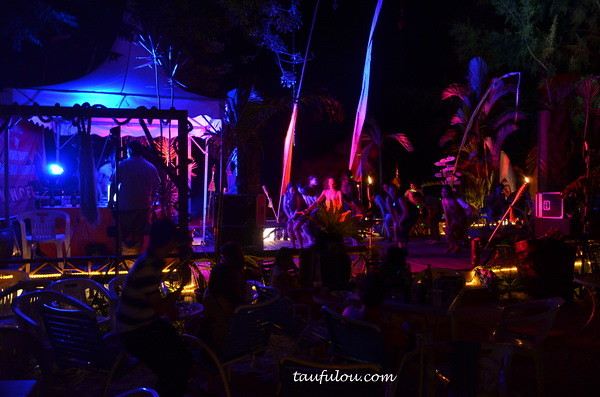 This new place certainly is going to be my new chill out place when I head back to Penang next round. Do check out this place if you are at Penang.

As I was there for the funtion, I didnt order any food besides getting beer down. You can check this blog out on the food and drinks – Chrizfood