Neo Tamarind has never been a stranger to me, as the place is pretty well know for its ambiance and food that many occasions I see my friend are there for dinner. Nevertheless, this round we are here for Cape Mentelle wines tasting & pairing. I am lucky to received my first direct wine pairing dinner invitations for this round. 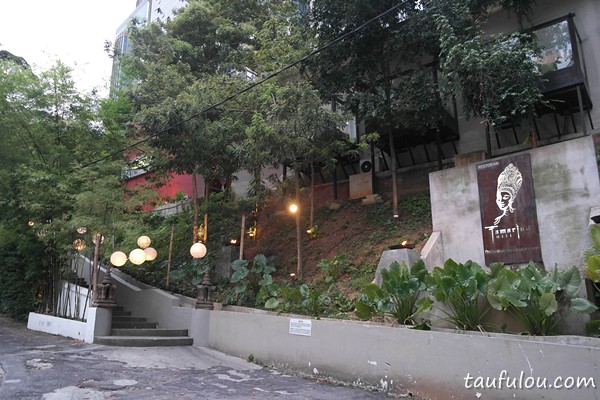 The restaurant is located on the busy street of Jalan Sultan Ismail or next to a huge Merc showroom. 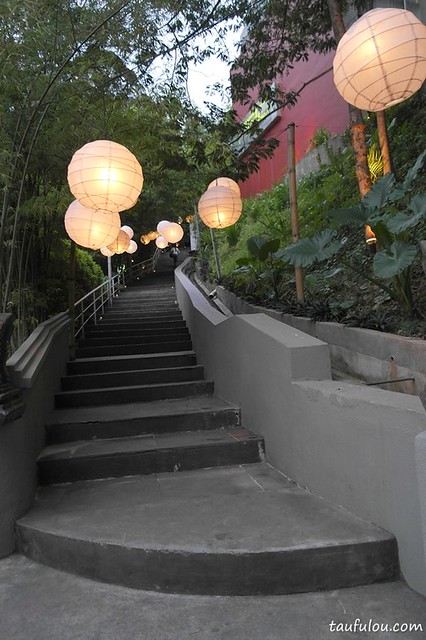 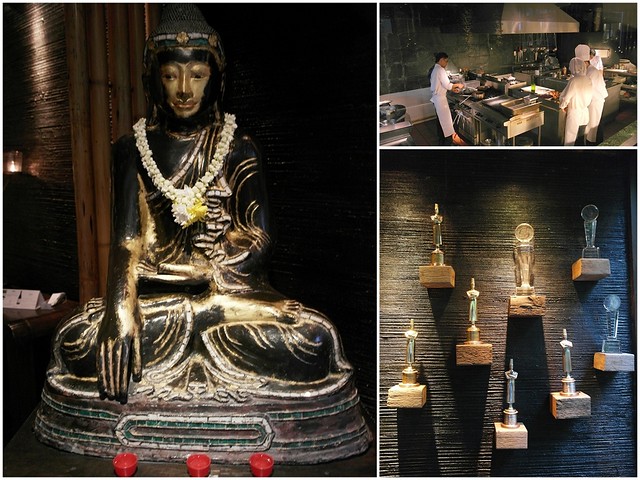 NEO Tamarind is best described as ‘the new zen’. Imaginative NEO Tamarind-cuisine the defies rules, borderless food designs will arouse your palate. Filled with statue, galactic bar with a chic & cosy luxe lounge for lazy weekend afternoons. A place that won many awards that bring you to another dimension.

as we arrive, we are being treated with first bottle of wine which turns out to be me and Cheng Yi’s preferred bottle from this wine range. 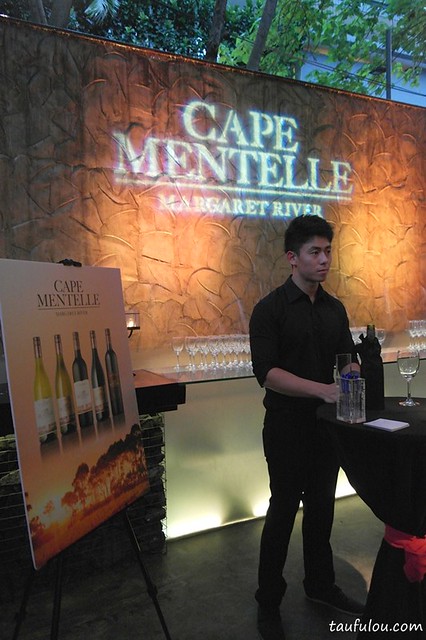 Before the dinner, we can enjoy the Blind wine tasting being prepare for us and I won my self a bottle of my favourite wine back – 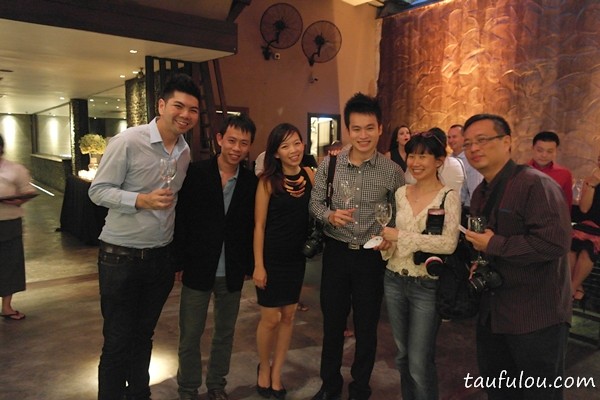 Upon arrival of many guest, I am honour to be in here with the rest famous blogger, KYspeaks, KampungboyCityGirl, Evelyn, Cheng Yi , & another blogger that I love to read when comes to wine & Whisky is Ei Ling (which I forgot to take pic with her) 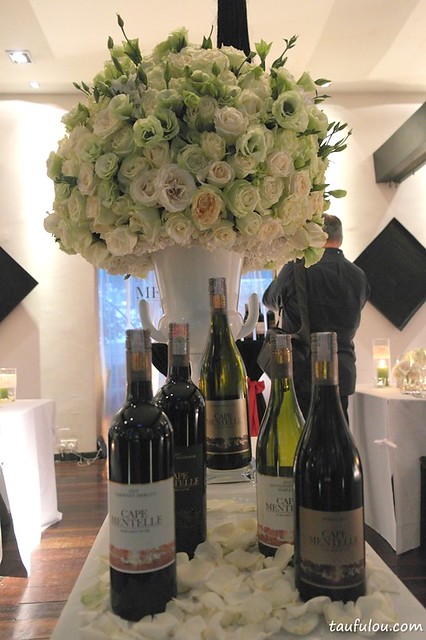 A bit on Cape Mentelle as the winery takes its name from the nearby Cape, named by the French ‘Baudin Expedition’ which charted the coast of Western Australia in 1801. They named the Cape after two notable French scientists, geographer Edmund and his cartographer brother Francois-Simon Mentelle, who lived in Paris in the early 1700’s.

In the early years David Hohnen experimented with grape varieties including shiraz, cabernet, zinfandel, sauvignon blanc and semillon. Many of these original plantings are the source of the distinctive wines that have come to characterise Cape Mentelle. The winery’s flagship Cabernet Sauvignon is sourced primarily from the original Wallcliffe Vineyard.

In 1983 Cape Mentelle won the coveted Jimmy Watson Memorial Award for the best one year old dry red wine, and cemented its position as a premium wine maker with another win in 1984. Our Cabernet Sauvignon is now widely regarded as one of Australia’s leading cabernets.

Another great fact finding that I discover is Cloudy Bay, from New Zealand is actually another favourite wine that I enjoy from that vineyard. Cloudy Bay won world recognition with its Sauvignon Blanc. Cape Mentelle meanwhile developed a stylish Sauvignon Blanc Semillon blend that was to become another benchmark of the Margaret River region, and a Chardonnay sourced from vineyards outside the estate.

Today Cape Mentelle, as part of Estates & Wines (owned by Moët Hennessy Louis Vuitton), continues to build on its solid foundations. There are more than 150 hectares under vine and the winery crushes about 1,700 tonnes of fruit from the estate vineyards and contract-grown fruit sourced from within the region. 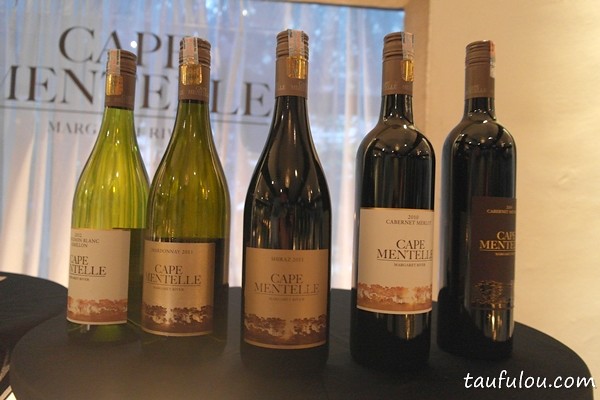 We have 5 flavours to test tonight. 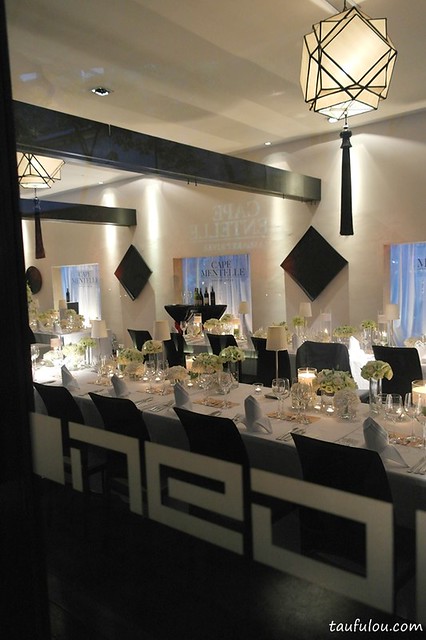 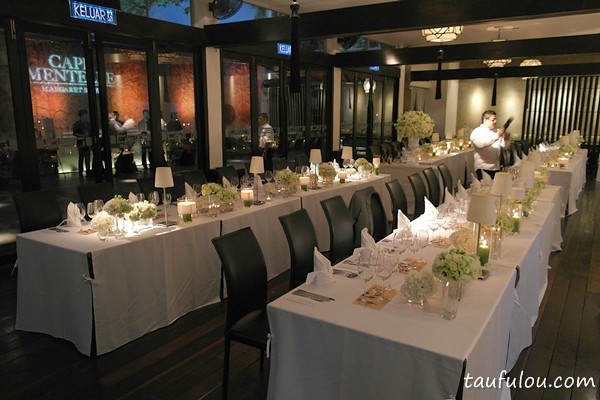 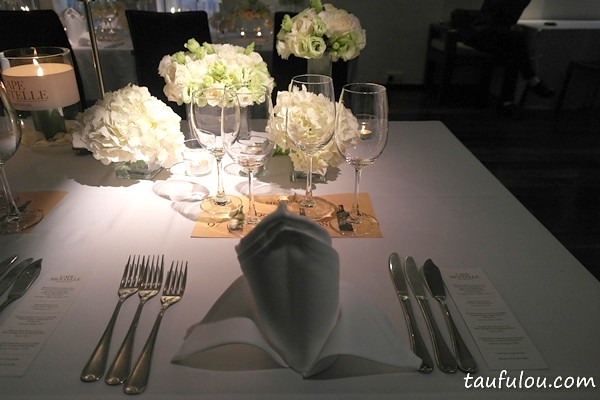 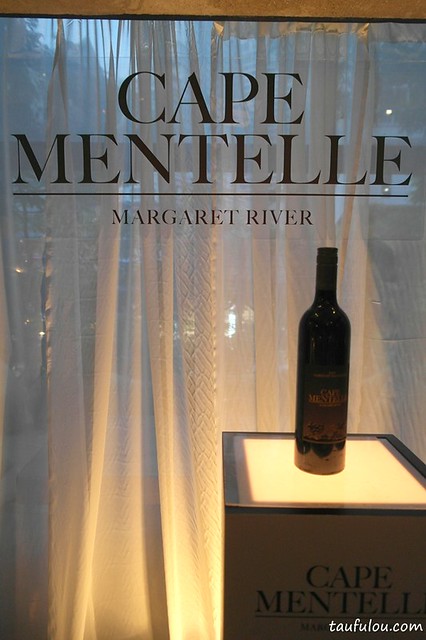 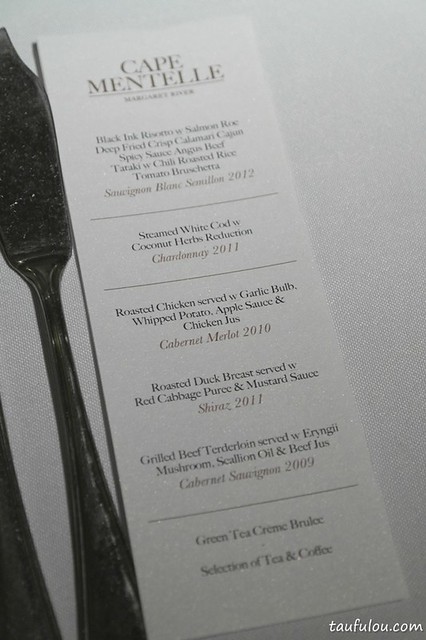 Menu for the night is rather simple . . 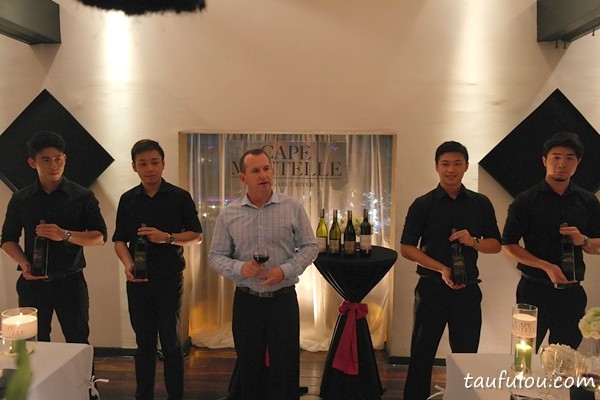 Best of all, we are dining together with Ashley Wood to enlighten us with his knowledge on the wine that we will be tasting tonight. He is  born and raised in Western Australia, growing up in the Swan Valley and the Perth foothills. He is passionate about the region and in particular the Margaret River terroir. Ash firmly believes that the superb quality of the fruit grown in Margaret River is a unique reflection of this. Ashley travelled extensively overseas and during this time visits to Bordeaux and Alsace fuelled an interest in grape growing. On his return home he enrolled to study for a Bachelor of Viticulture at Charles Sturt University in New South Wales. Ash then spent 12 years working in vineyards in Margaret River before joining the team at Cape Mentelle just in time for the 2007 harvest. 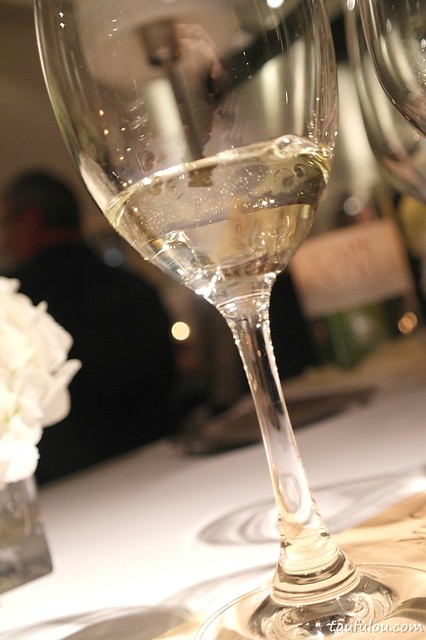 First glass pouring on the table starts off with Chardonnay 2011, on first sip it is filled with fresh youthful palate with flavours of lime, pear and grapefruit, as further drinking it, it leads to lemony and pear flavours

Pairing with first dish, Steam Cod with coconut sauce it sounds weird to me but after a few bite and with a sip of wine, it turns out to be paired very well, with refreshing end. Interesting. 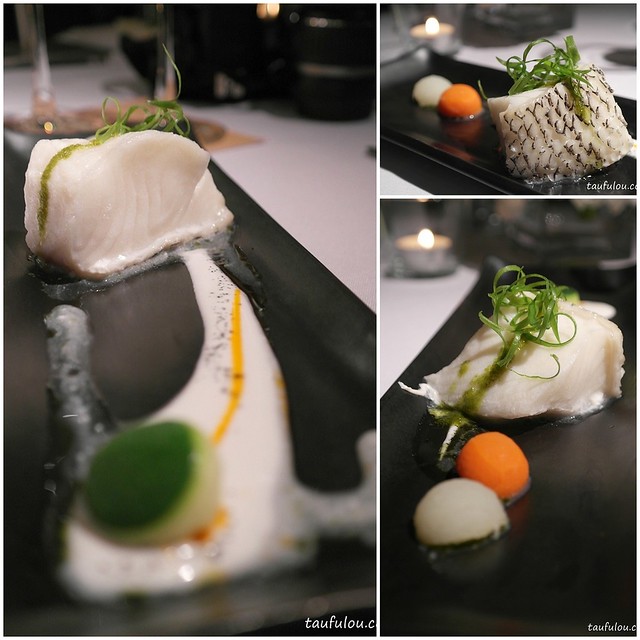 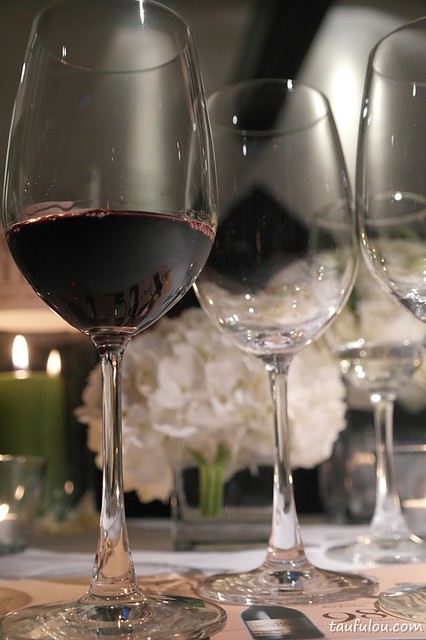 Carbernet Merlot 2010 first smells with tobacco and plum skins. . Find it is medium to full bodied palate with soft and elegant tannins ends with fresh fruit characters. Find it easy to drink for a red. 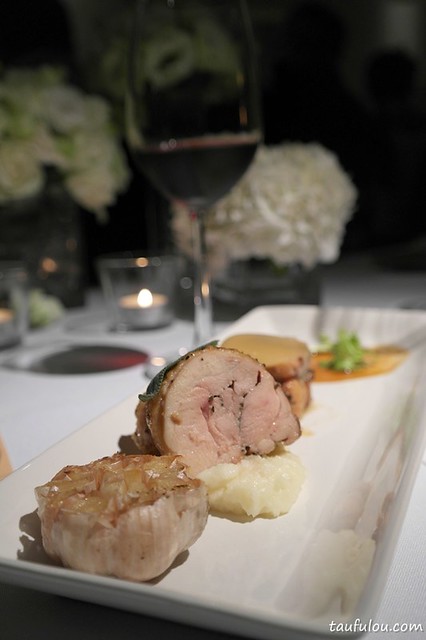 The roasted chicken is done pretty good, not too dry yet moist and eating along with  the grilled garlic bulb was a bomb and the aftertaste aroma of its is fragrant. On the night itself, the garlic bulb make a highlight on my table as every one is enjoying it. 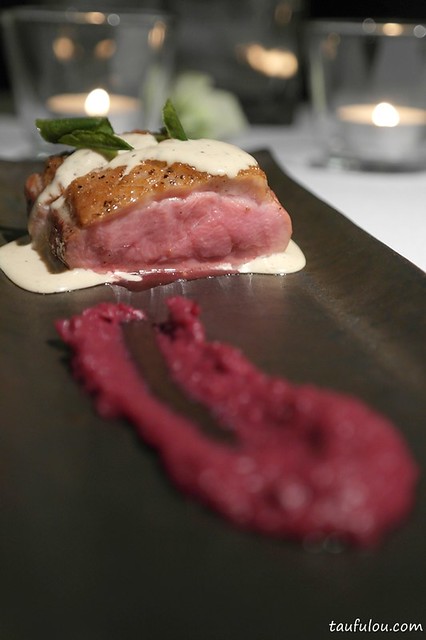 Duck is rather disappointing as its abit overdone and chewy. . Shiraz is always pretty easy for me to recognise with its mild peppery or spices taste as I am not really a fan of this range. However it has light sweet end with spicy finishing. 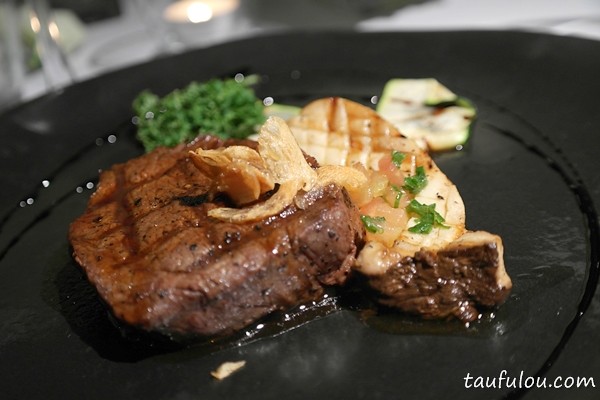 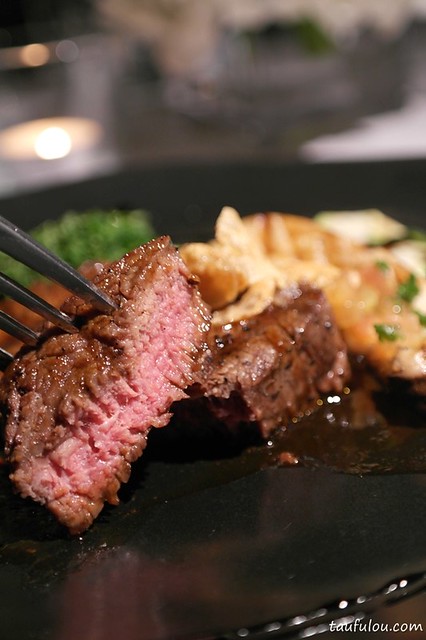 Although the meat looks red and overall I enjoy the wine more than the food, maybe is because I had good steak for past weekend. 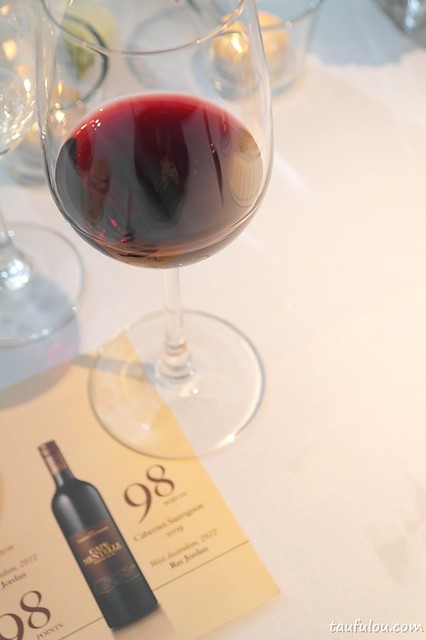 Among the red, I like Cabernet Sauvignon 2009 cuz its full bodied and dry end. The taste is strong with mild oak influence. It is best paired with red meat. 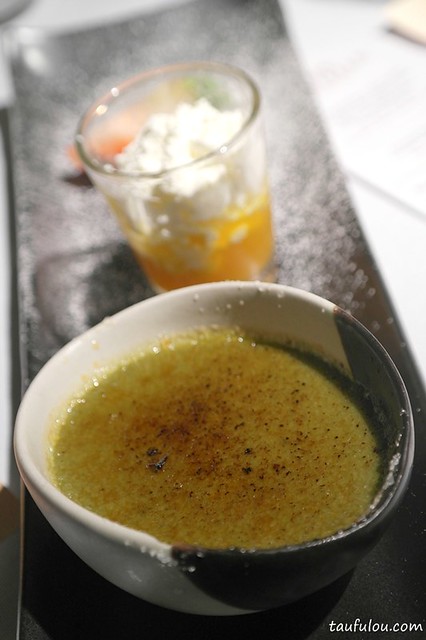 For dessert, we were serve Green Tea Creme Brulee 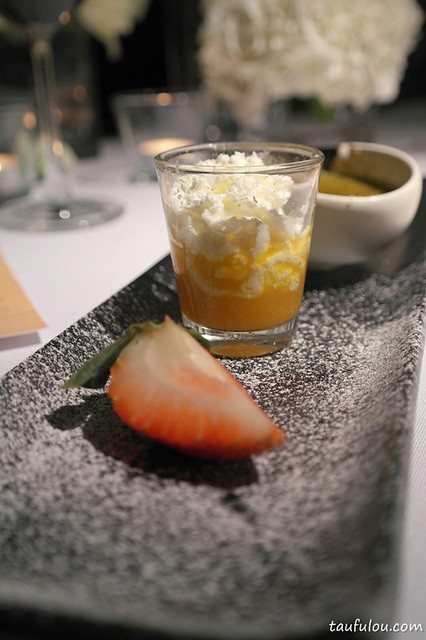 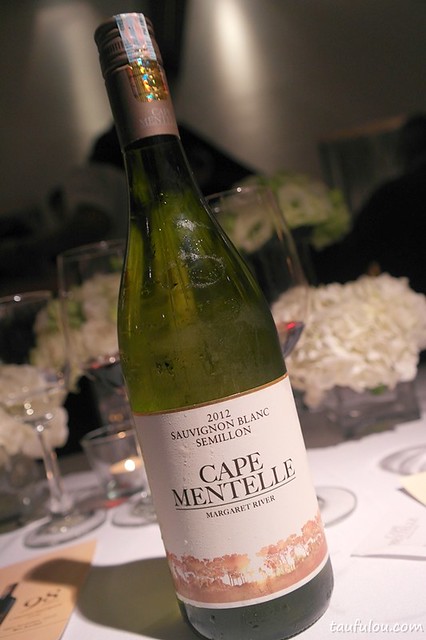 My favourite wine from this vineyard for white Souvignon Blanc 2012 so easy to drink with light fruity end and can continue drinking non stop, along by recommending Cabernet Sauvignon 2009. I love my red to have dry end as I love dry wine. 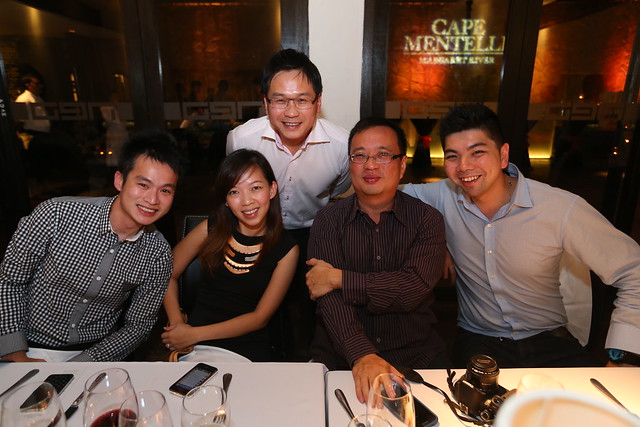 Its a great night indeed and fun to learn so many things about wine. Seated along with Cheng Yi and KampungboyCitygirl and Chong (Brand Ambassador for MHD)