Green Room is another event that is being held yearly, to exhibit a supercharged showcase of music and creative artists. This scene is something new to me as they are more into Indie type of music. On that night, we have New York indie surf-poppers The Drums to Malaysian hipster pin-up Darren Ashley, DJ action from disco and psych-infused electronica experts Totally Enormous Extinct Dinosaurs (TEED), Deer Society and Twilight Actiongirl (TAG) that have been line up for the event. 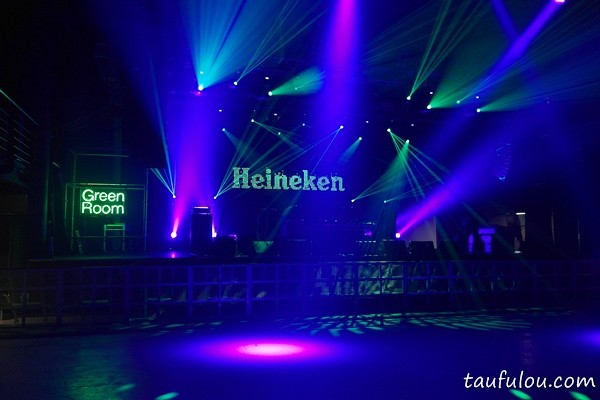 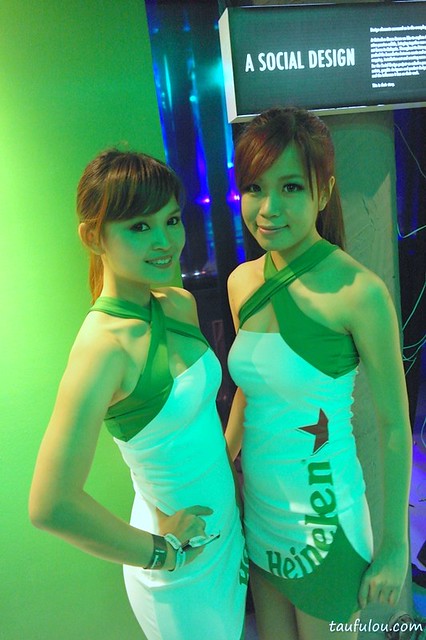 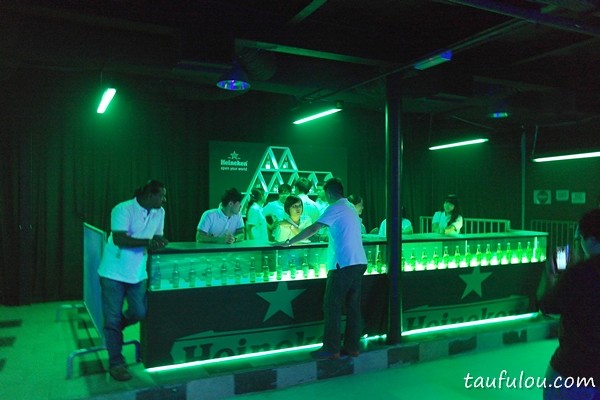 Beers that night were selling RM 15 per bottle . . 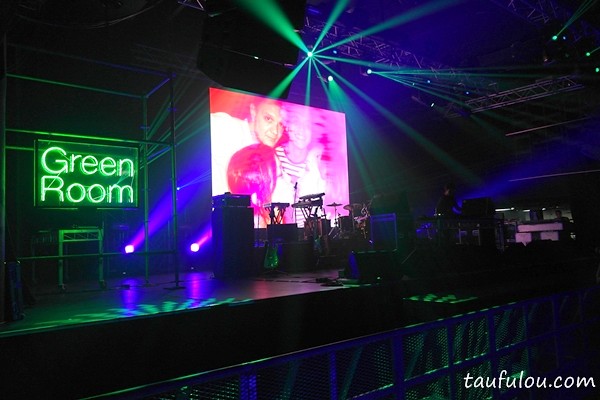 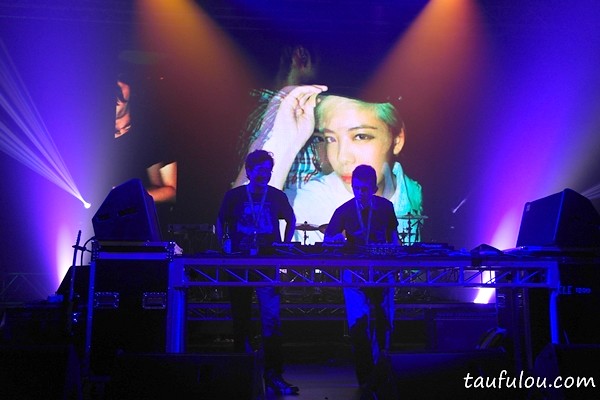 First act kick off with Twilight Actiongirl’s which I thought would be both girls. 😀 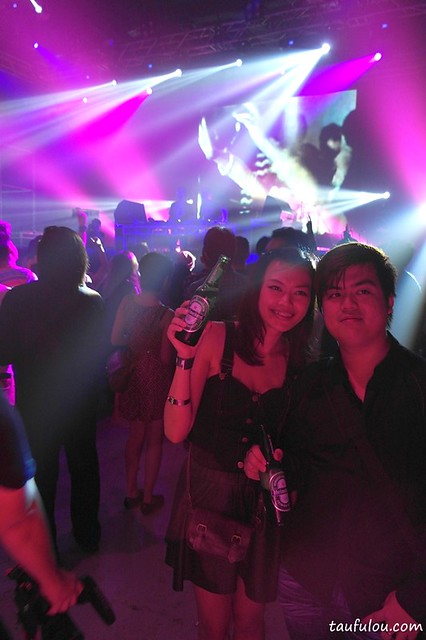 Then saw Caroline and Eric there . . dancing and swaying around. 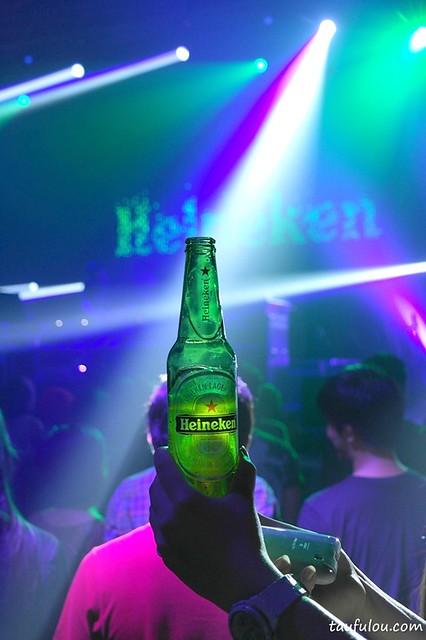 Of course we have to grab a few bottles of Heineken to get our mood kicks in. 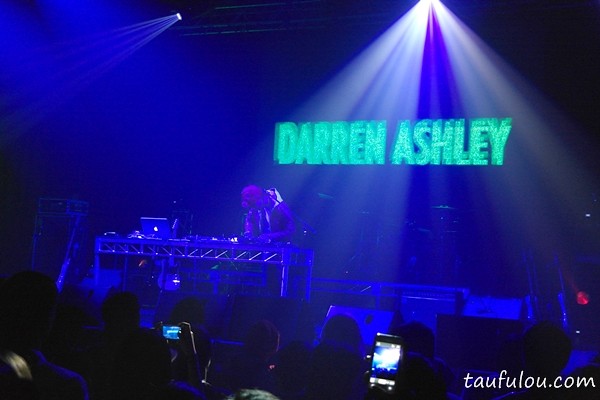 Next is Darren Ashley as his music is pretty unique, not the first time I have seen it as in Australia its pretty famous for this kind of music. 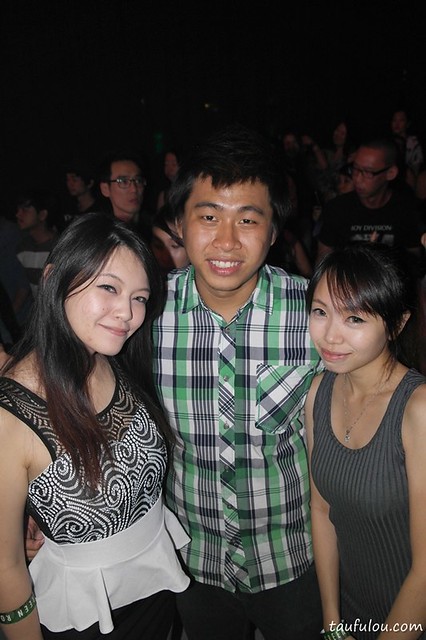 Then Anna, Benjamin and Girlfriend are there too . . . 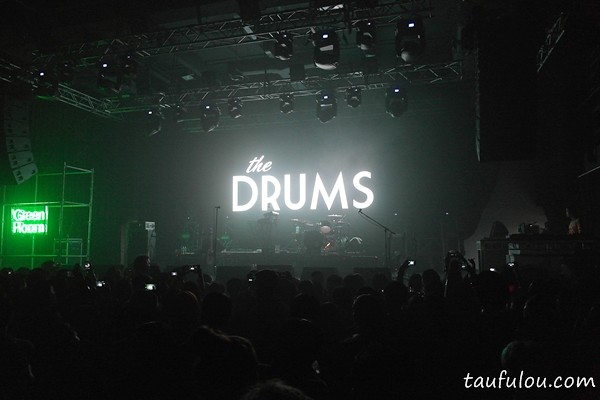 Guess who makes the crowd went wild, is the New York base, The Drums. Everything is just singing and dancing along.

The rest of the night performer were The Deer Society, , juxtaArt, James Ly, the Off-Day, Kontak!, themancalleduncle and Pecha Kucha, that make Heineken Green Room its own unique event. 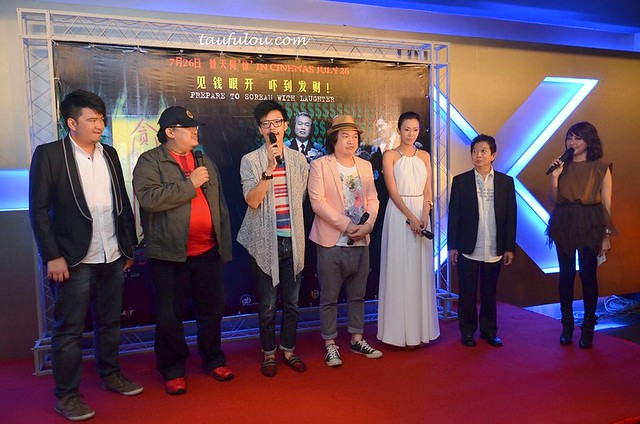 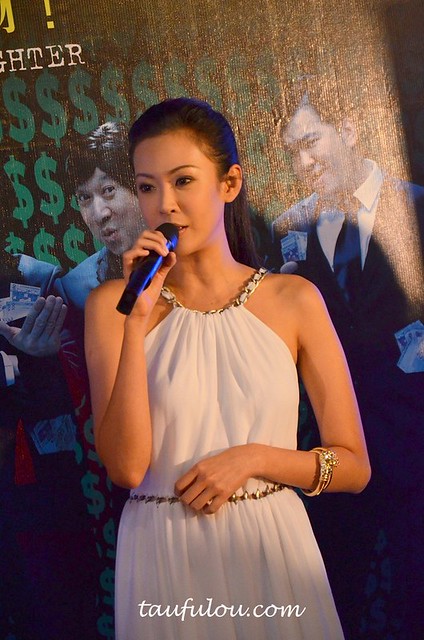 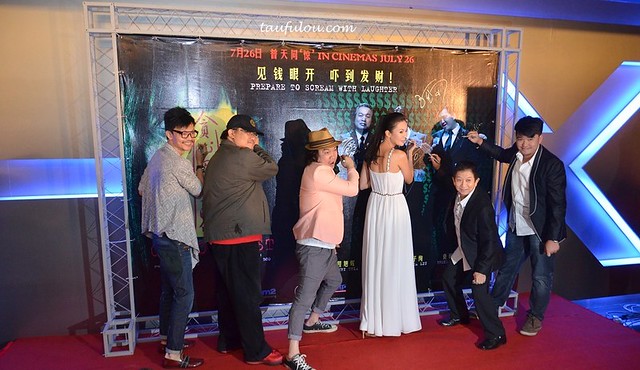 Well, as I remember during the last Planet of the Apes that acted by Mark Wahlberg do not have any connection to this movie but well I assume its another brand new continuation to bring back this movie to another level.

The Rise of Planet of the Ape is about a research company trying to develop a cure for people with Alzheimer to make them more intelligent back and instead of testing on human, the tested it on chimps and the epic of it was failed on stage two and the Dr. decided to test it on his dad. Results proven right for the first few years then deteriorate badly after that because of human anti body and chimps have another types of antibody. Then they decided to make it more strong doze as where the smart chimps proven work had gather become tai lou and attack humans that on the way as they are back to the forest

At the end of the movie, there is a another short trailer and it seems no connection to it but I guess there will be part 2 of this movie.

Even though the festive season of Hari Raya had pass few weeks ago with some of us that work far from home is always on our own.  At times, we do miss back home, the voices of our love one event though we can’t see them physically; voices of them certainly cheer us up. Calling them would be expensive as it is a long distance call, certainly with iTalkwhoa things had been made possible with we are far yet felt so near with their latest promotion on calls to UK, China, Canada, USA and Australia for JUST 7sen/min. 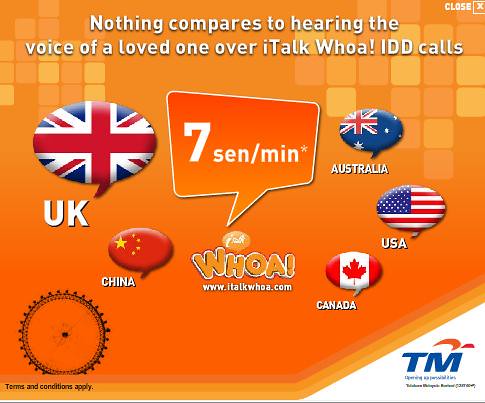 The great part is, the promotion just do not stop there. When I told my friend about this promotion he was so happy that now he can call his girlfriend in Taiwan with cheaper rates. Most of the people out there trying to save some budget in contacting their love ones would definitely be happy to see their promotion with extra 20% talktime when YOU top up your credit, as the 20% credit will be automatically credited into your account once you active/reload it. The table below sure will excites you: 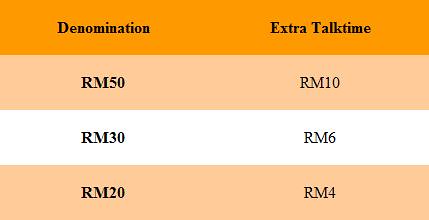 Now, after you have use it a while and do not know how to utilize the rest of your balance/credit, iTalkwhoa had come out with better deals that now, we are able to use the credits to purchase some other items from selected website. After you have selected the song’s, newspaper content or others, the credit will be auto deducted from your account. 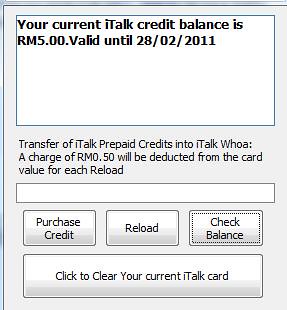 With my current balance, definitely I am able to purchase a something music and others which is just a click away. 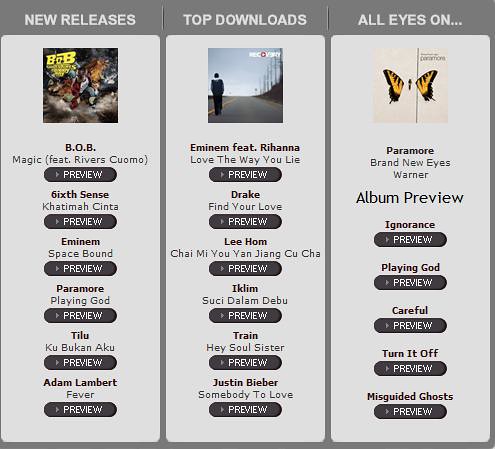 Some people would ask, how do we kill two birds with one stone. Well, certainly I can do that here, I talk and I buy. Just do not miss out this promotion that ends on 31st October with the extra value 20%.