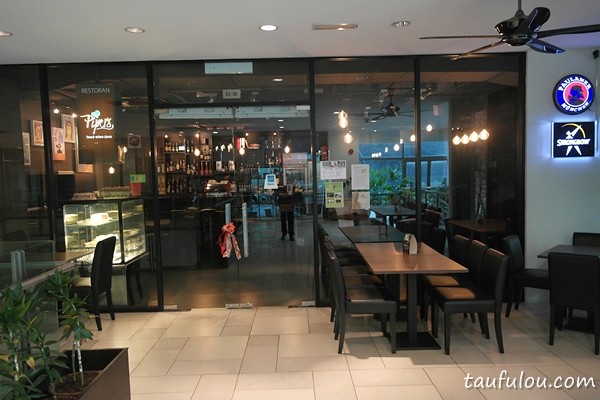 Hidden in high rise residential, smack this few restaurant and bar that operate in Mont Kiara residence area and you will be surprise on what you will discover. One of them is this lovely restaurant & bar – Pipers. If you are around the area, you would not notice this building as it is pretty camoflush with the rest of the residential area or more like a club house, but its actually a public area. 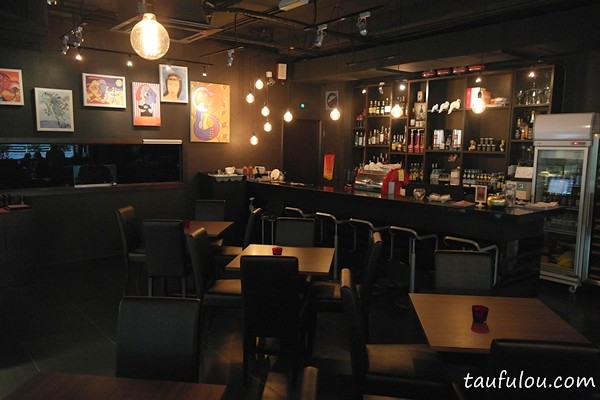 Previously was known as another name and now under this new management they have switch it to Pipers. 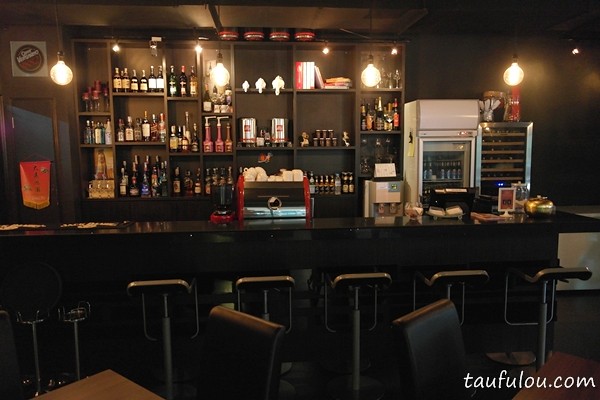 Its more like a neighbourhood bar that gives you some quiet space that you wanna chill with nice background music and personal touch of the bar tender. Not only that, they do have live band playing on Thursday – Saturday. Best option is to go for their bottle beer. 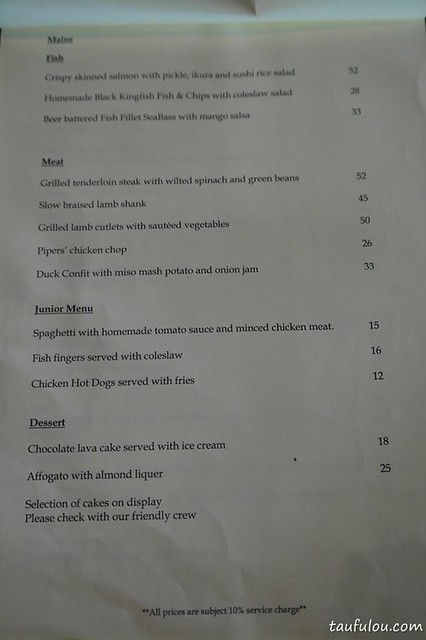 Food menu is rather simple with a few pages to flick around. Price here I would say slightly expensive for this kind of ambiance. 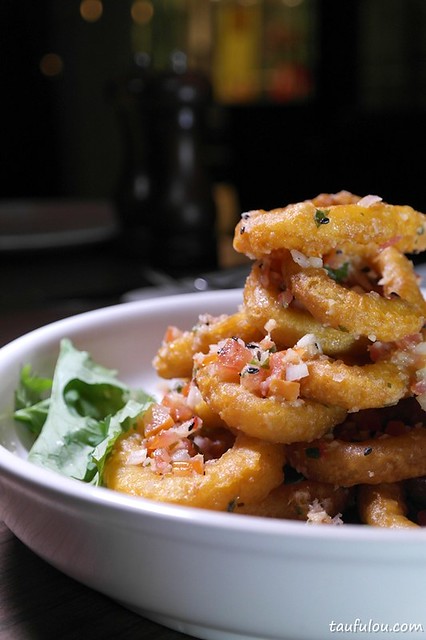 Tried their Crispy Calamari with Bali Hai sambal @ RM22. Seldom I would really like appetizer or this might look normal. One of the taste that makes this pretty good is chef own made Bali Hai Sambal as the taste of the sauce is light lime sour and spicy end. The rings of calamari is fried to perfection that its crispy on the outside yet the meat still maintain moist. 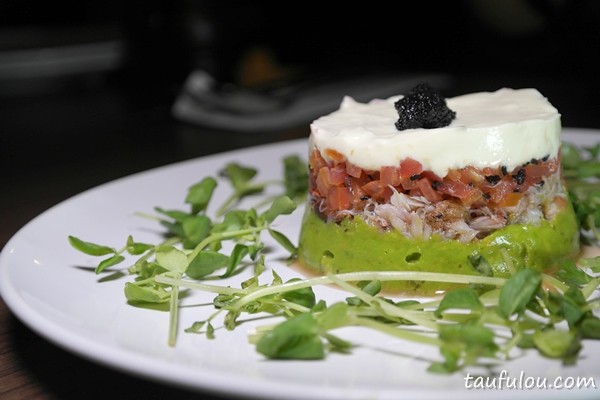 Thai Style Crab & Avocado Stack with creamy Lemon Dressing @ RM23. Presentation looks awesome, that filled with top layer creamy lemon dressing, then finely cut tomato, a layer of fresh season crabmeat with thai sauce and avocado base. Among so many starters, this is one of a kick ass. Slighltly creamy  and all aroma burst into flavor in the first bite, you can taste on the pale lemon taste yet freshness of crab meat and avocado. 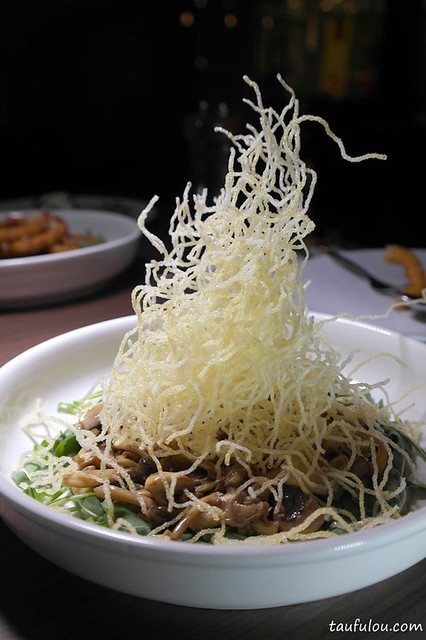 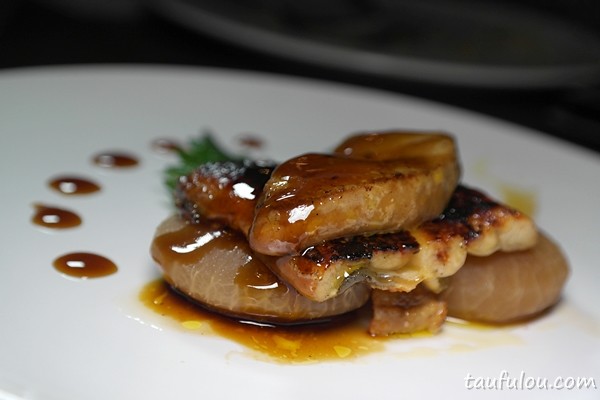 Pan Seared Foie Gras & Grilled Eel on Daikon bed with Truffle Teriyaki Sauce @ RM45. A well balance dish and not too salty. Foie gras is fried to perfection that one side layer is slightly crisp and inside is so soft till nearly melt in my tongue. Eel been added to add on some mouthful bite of meat. 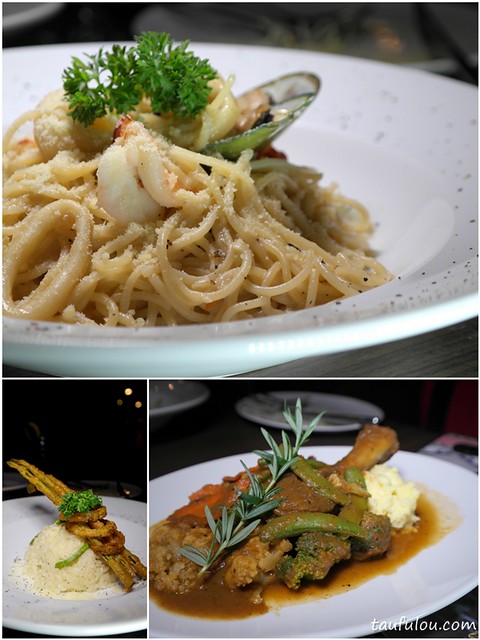 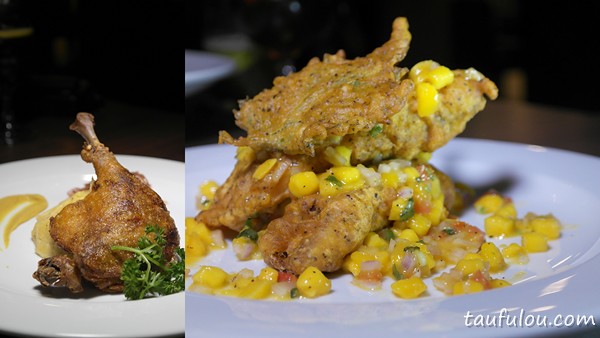 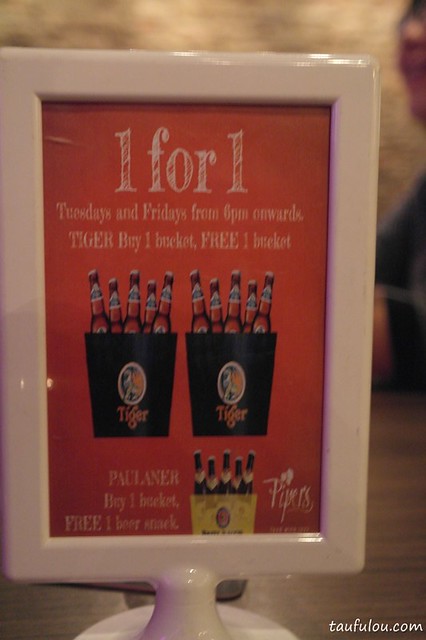 Their Happy Hour is pretty worth it, buy 1 bucket free 1 bucket. Check em out! 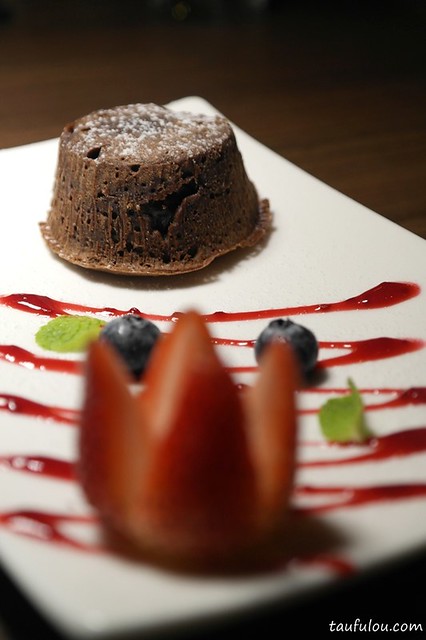 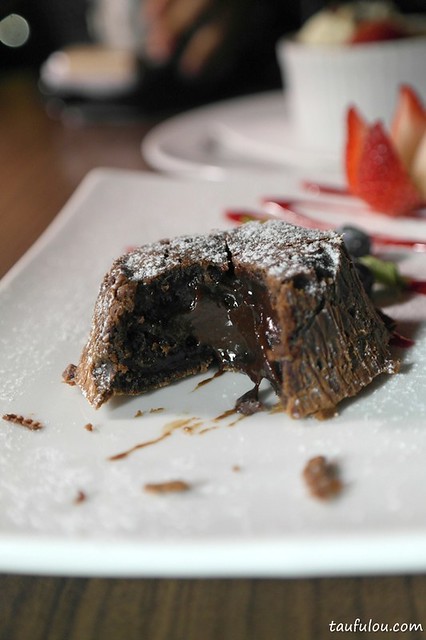 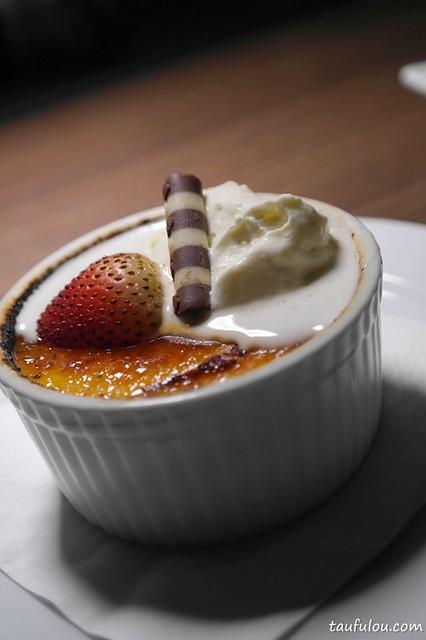 Overall, their starters do kick ass. Their main and dessert still need rooms for improvement. Believe that the chef is master in sauces as all his sauces is well balance and really really good.

written by Taufulou
After long hard day of walking around which I am looking foward for this dinner since from the very begining of day 1. As i have been told by my friend this buffet is very nice and fresh. Famous for its sashimi and the most signature is the beef. Located in a walking distance of Central station which is located under a basement. We book a certain section of it as we flock with 40 ppl in there. 😀
This buffet cost HKD350 per pax. Which worth every penny to spend on it.

The interior is deco with Japanese style. The sliding doors, the private area and some VIP room.

The best part deal of the dinner is we were given a free flow of cold and hot sakae compliment by my friend. Not Restaurant.

When we were seated down and I busily look through at the buffet menu, then we were served with a Abalone each. A jump of excitement and I thought I can order as many as I can. After I swallow the whole thing down and my friend asked me…y so fast..must slowly enjoy ma..Cuz all of us were given 1 a complimentary by Steven… I directly DOWN…I thought eat all I can…
First plate of sashimi that were pre order by my friend. The sashimi look sooo good then when I see it I were like swallowing my sliver.

This is the ‘Salmon, Tuna, Sweet shrimp, Scallop and Sword Fish’ is soooo fresh. I have never eaten this kind of freshness since when I was in Melbourne.

This plate is filled with ‘Salmon, Amberjack, Sword Fish, Scallop’. The scallop is so fresh that we ordered more than 5 plates.

‘Horae Mackerel Tataki and Sweet Shrimp’ which you cant have anough of it. We were just walaping the sashimi like nobody’s business. Enjoying every piece that entered into our mouth.

Next we move to goreng goreng stuff…‘Fried Toufu’ which fried with certain nice aroma contain in it and its very soft from the inside. Dip it with the sweet sauce given, gives you the best taste.

‘Grilled Eel’ Well marinated and well cook by the chef which still preserve the softness of the fish and the skin just melts on your tongue.

‘Teriyaki Squid’ Grill well from the inside out, never too over grill and its very chewy, just as what as we expected.

Cant really remember what is this called but it was cut to a very thin slices of beef and grill it to 50% cook and you can still see the juicyness and the softness of a meat suppose to be. Was stuff with a asparagus. One plate is not enough.

‘Grilled Cod Fish’ is well marinated with the Japanese sauce and grilled to perfection. Can still make its slices and softness of the cod fish still maintain.

I just cannot describe how good is this plate. The prawn’s freshness which taken to grill and the scallop was perfectly grill.

‘Fresh Baked Oyster’. I walap this whole plate bymyself. The combo of the cheeze which was served with fresh oyster, just cant have enough of it.

This I do not know what is it called as it was ordered by my friend, taste weird at first but you would want more after that. Something which you cant find in our Malaysian japanese restaurant.

‘Shark Fin Handroll’. Something worth to try on.

‘Grill Beef’ adding on with the slices of fried garlic that soak into the meat and eating along with it, with half done cooking makes you drool for more.

This is a chicken leg knee part which is fried to golden brown and I do not really know how to enjoy this but the rest of my friend were happily eating it. Feels that you are like bitting their nerves.

Cant remember what is this called also but with the sweet japanese sauce that add in, makes the whole stick lickable.

This fish is well grill and filled with alot of fish roe inside its stomach.

‘Gyoza’ which is very well fried and crispy on the main layer of skin and inside filled with meat. Wont too fancy eat as I have eaten better one.

After eating lots of raw and goreny goreng.. so we move to steam boat. My talbe order the ‘clear soup’ base.

We were told to hantam on the beef and lamb slices. So we ordered alot.

With added on seafood dish to pour into it to make the soup taste even better.

As agai, Gay Keong(on right) in action again, and Ivan got drugged and waiting to be brought back home… They are not gay but the gayiest pic ever taken.

Post with Karlina, don really know what is she trying to do.

With this Auntie Angie…just like to disturb her. Don know why. But seriously, she is a heavy drinker. I salute her. Drinks alot of hot and cold sake already still no problem.

This si lang Pat as always like to kacau me. It is very wrong to seat us together because we talk like cat and dog.

A failure of Sake advertisement. Surely the company bankrupt, reason why, me the male model..

With the rest of the indo friends which from Surabaya.

Police on duty to give ‘Saman’ and were were like busying :

and asked the policemen to take pic with us. He said me very in the hurry, need to catch traffic offenders. Told him 1 only..1 only..very fast 1.. he said okay. Then we continue walking. To the next junction saw him again, so the rest of the ppl just run like siau lang and shout at the policeman that they want to take pic with himm…

We asked him, when you go catch traffic offenders, can we take pic with your bike, at first he was reluctant then ask as where are we from. From other countries then he was like go ahead. Kenny they all take a pic with the policeman and request them to tag him on Facebook. Damnm geng..HK policeman also FB kaki.

Me on the Hong Kong policebike..wakkaka..
Having a great time at the restaurant and of course with the 1st class food and serving, surely wouldnt mind to intro my friends to go there makan.
-= Ka Ching =-
Food Rating 10/10, below average~-Stamped-
–Warning– This is based on my individual taste. Try it at your own risk-
Location:
Wanya Japanese Restaurant
18 Queen’s Road , New World Tower,
Hong Kong.
Operating Hours:
Mondayo: to Su from 11:00 AM to 03:00 PM
Mondayo: to Su from 06:00 PM to 10:30 PM