IT was a series of Puma event that took place recently, with first to kick off at Whitebox Publika that I won myself a pair of suede thru the Instagram contest follow by their next unique event with Old School vs New School and their finale event took place in Capsquare by converting the whole space to street style .. 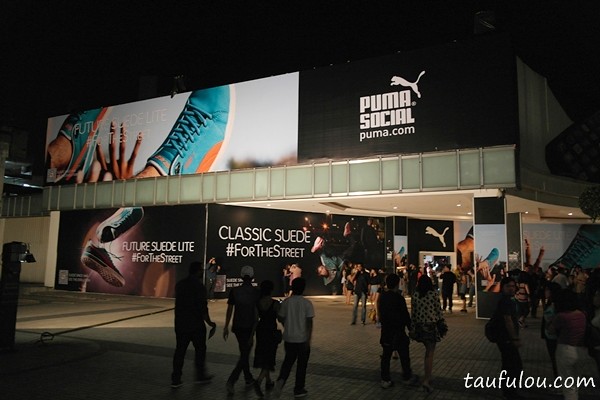 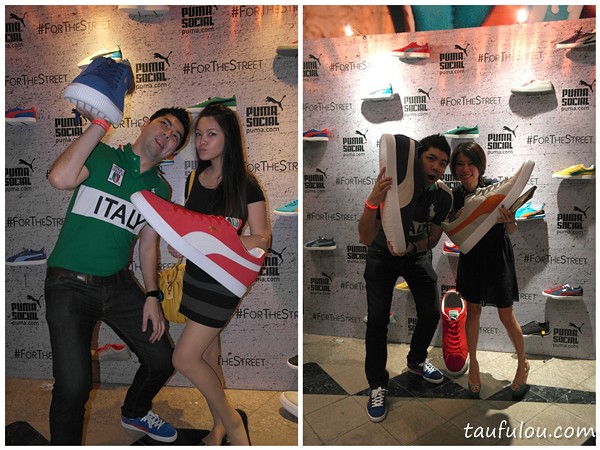 and of course, would want to try hard to win another pair of suede (ahem, I am wearing my winning shoe – blue and red suede, loving it) 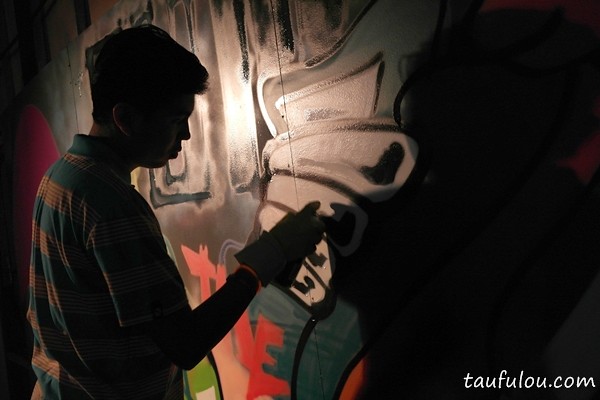 They have a nice graffiti wall next to the main entrance and I must say, with our talent for this art, its getting better. 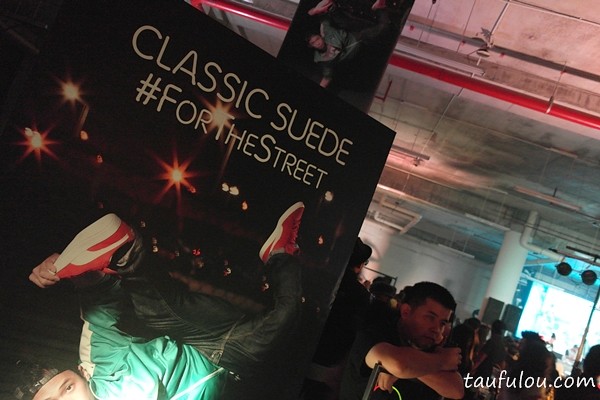 At the scene, many people arrive early, already partying and enjoying themselves. 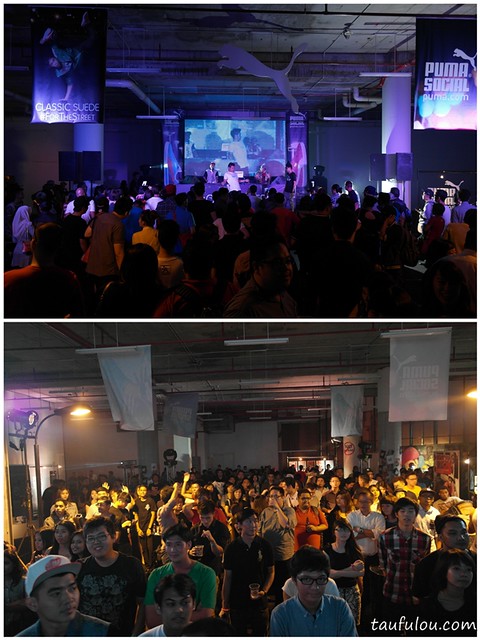 Next act after I arrive is one of our best local artist,  K Town Klan. Some of you might heard their hitz before in hitz.fm. 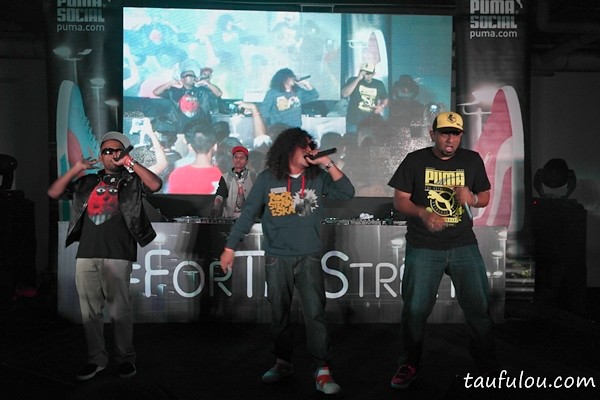 Surely many of the attendees know their song, by singing and dancing . . 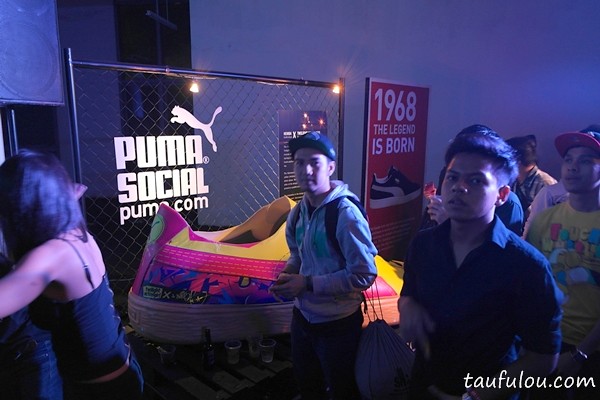 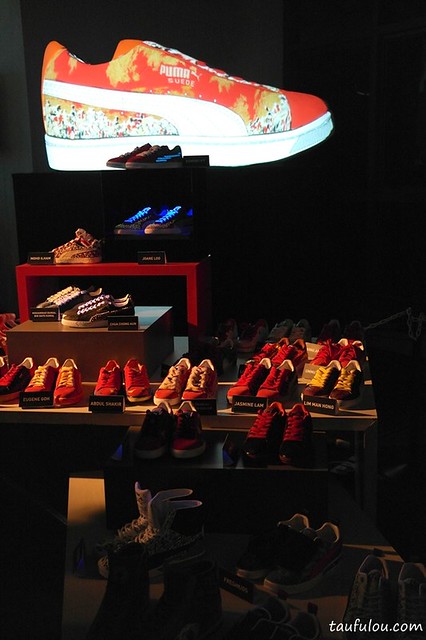 Then the night also do have catagory of best shoe designer that will walk away with RM2,000 worth of merchandise and I find some of the designs are creatively done. 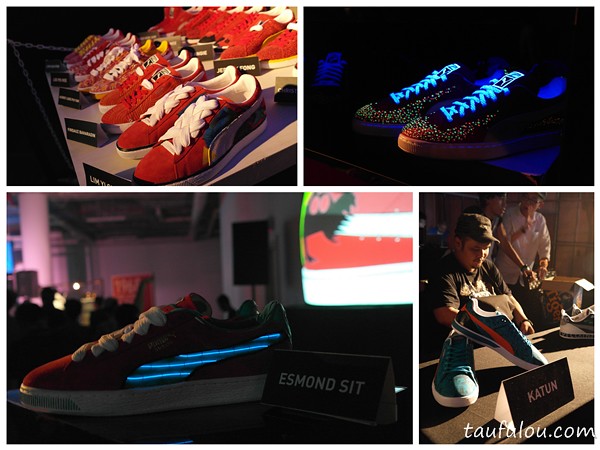 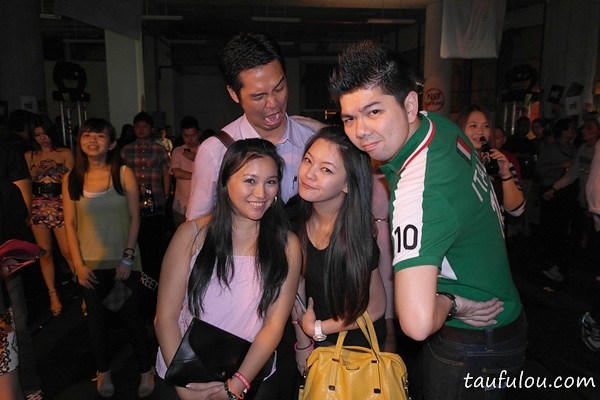 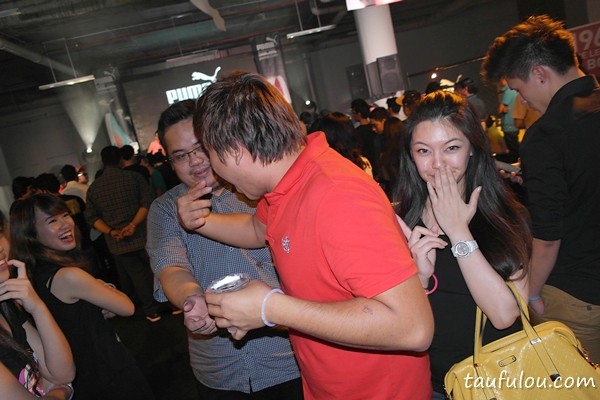 This is what happens when the crowd are getting rowdy after some drinks .. 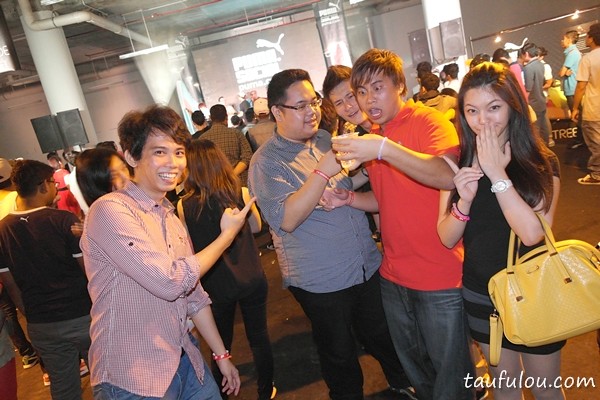 haha, this pic is so funny when whole night I keep hearing, lai lai, half half and this is what happened when too many half half down with Henry laughing at Ben. SEe la who cannot half now! 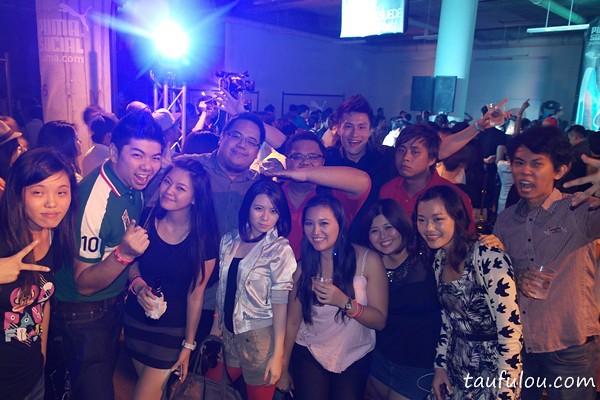 HEre we are at the party with the usual suspects and finally JQ won herself a pair of suede thru Instagram contest during the night.

As some of you might have read on my previous posting on Puma Launches on Evolotion Suede took place at Blackbox Publika. This round it hit another new level with Old School vs New School. The revolutionary continues with with Crossover and Raising the Bar,  by organizing the first in-store silent DJ battle in Malaysia.

That is how the name ‘Crossover Party’ came about, and held Crossover outlet in Sunway Pyramid.

A silent disco or silent party may be new to Malaysians, but it has been a familiar scene in European countries. Instead of a speaker system, the music can only be heard through FM-transmitted wireless headphones worn by party guests. Anyone without the headphones will hear no music, offering the effect of a room full of people dancing to no music.

The PUMA silent DJ battle saw DJ Fuzz, a DJ that has been around since 1999, battling H3, a new and upcoming DJ that came about in 2009, to win over the audience. DJ Fuzz played his old school mix of hip-hop, top 40s, house, commercial, and reggaeton tunes, while H3 played his newer mix of dubstep and drum & bass. The event also saw Mio and Micwrecka, two hip-hop MCs battle it out, showing off their skills at what they do best.

DJ Fuzz which many of you would heard on his name in Club Hitz is spinning on Old School track.

Some of you that bought your shoe that day, you can get it pimp by the designer on the spot.

Those who are in the scene area the usual suspect and all with their uber cool headphone dancing around.

As an extension to the Instagram contest that is currently going on, a pair of PUMA Suede and VIP passes to the finale party on the 5th of April 2013 were given out during the event to an attendee with the most interesting picture posted on Instagram with the hashtags specially coined for the campaign – #forthestreet, #MY, and @PUMA. The first 30 people that made purchases during the event also
got their shoes autographed by graffiti artists, Bee of PHBKLK, Iqbal of Fresh Kids, Carpet, Katun, and Bone.

Various events and activities took place over the duration of the Evolution of Suede global campaign, which will end with the finale event. For more on the ‘Evolution of the Suede’, visit http://madeforthestreet.com

The best part is check out below how to win yourself a pair of invites to the Finale Party:

This is rather simple with steps below:

First 3 person that comment will walk away with the tickets ! ( I have 2 pairs of VIP and 1 pair of normal ticket to be given away)

Contest ends on 3rd April 10pm, Contest winner fail to response within 24 hours will be pass to next winner) – only comments in FB stands!

*All pictures credit to Samuel