Movie Review: John Carter, This Means War & the Devil Inside

I would say John Carter is another great fantasy movie, or another movie like Star Wars, that there is this guy that were so good in commanding an army and got devastated when lost wife and daughter in a fire blaze. Then his life direction had change where to hunt for gold mine. Half way thru, he found some what a person like god had a Mendelian that transported him to Mars.

There is where the whole adventure begins, with some creature like talking and some other character. I would say its a good movie and I have seen many good reviews encourage to watch in 3-D as I am considering to watch it in 3-D another round.

If you have a hectic week or stress week, looking forward to cheer you up, I guess this movie This Means War could cheer you up alot. A romance comedy flick that brings you alot of laughter on how 2 guys coincidentally going after a girl without them realizing.

the trick is may the best man win the girls heart.

Another movie flick that film using video recorder style. Pretty headache and something similiar like that Paranormal Activity style. AS this movie talk about body being posses.

In the end of the movie every one died. That’s all. Don bother watching and its pretty boring. 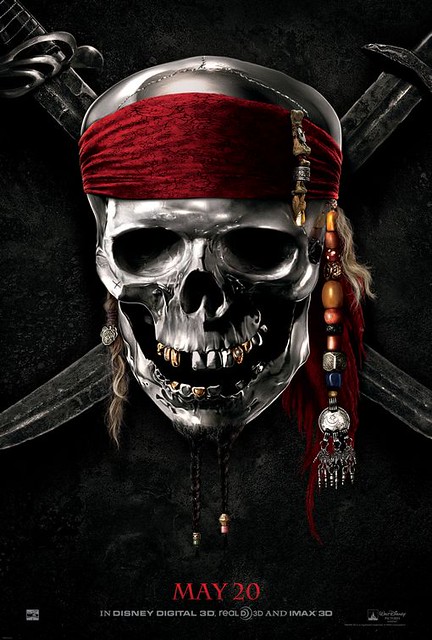 Well, another movie for Jack Sparrow and this round they are on a quest with one of his Captain Rival Pirates previously and now both have 2 different intention. One with a quest to revenge and kill on another pirate and one to find the Fountain of Youth

Another nice adventure to watch . . .

A Nightmare on Elm Street

This movie had been in our comic reading since when we are in primary school. The latest flick that show Freddy Kurgger had appear in their dreams and make him even stronger that most of the dreamer believe it is real till one of them got killed one by one. Lead by the dream and mystery, 2 kids went to find out what happen to the original scene as all the kids that were killed in the dreams are actually were from a kindy school until their parents took revenge on that guy(freddy Krugger) and he revenge on all their kids.

Not a bad movie, there are a few scenes that make me jump. . .

We have seen Transformer and this is another movie of transformer that human transform to wolve. In a village had been mysteriously murdered by a wild best animal till the brother got killed and Talbot sets out to find the killer of the brother until he got bitten by the wolve and become one himself.

Then the dad send him back to psychology hospital to be treated as he had witness the brutal murder of his mom and keep blaming the dad for the killing, not until the dad visit him in the ward and only realize that the dad is one of the wolfman that had accidentally killed the mom and the brother during full moon. Only he manage to escape from the hospital during the transformation of full moon and rum back to Scotland Yard to hunt back his dad for revenge.

It’s a movie of wolf fight with wolf and the last wolf also die. Not bad la the movie. Thanks to sloppychic for the movie tickets.

In the trailer the movie seems good, but it turns out to be a bit crap. It was about a case latest case that she handle was Case no.39 which the girl look very innocent and wanted to help her and she didn’t realize that she was adopting an evil till the people around her starts to die one by one and found look back at the record only start to believe everything in it.

Not really a good show to watch, which kinda waste of time. Just grab a DVD will do.