After Heineken winning a Gold Awards on yesterday dinner and I am back with them for another round to witness the final contest of  Heineken’s ‘Kick-Off to Ibiza’ finale. With many contestant around, it had been then narrow down to 40 finalists to be called upon in this event. Then they are being test again on the day, and with 6 finalist are being up on stage, which will make them a 50-50% of winning the all expense paid trip.

Winners will be joining 200 Heineken fans from around the world in an ultra-luxurious VIP experience at the UCL Final viewing event in Ibiza, Spain – which will see the best of football and music culminating in one spectacular event. . 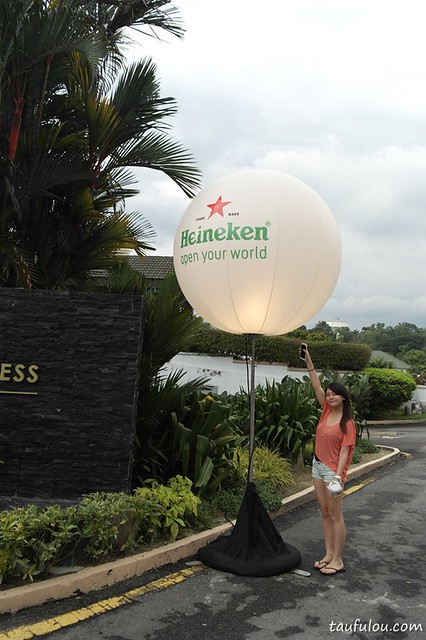 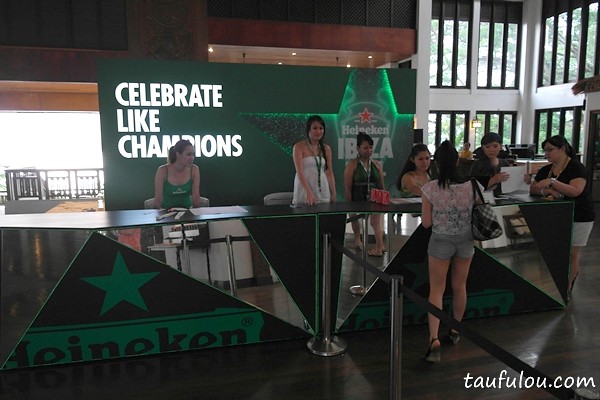 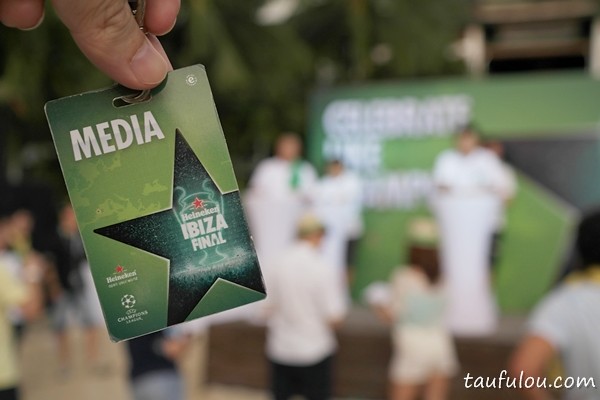 Love their tag, as we gotten a limited edition lanyard too. 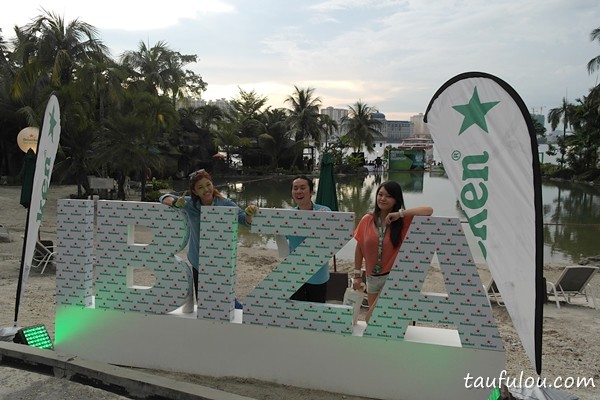 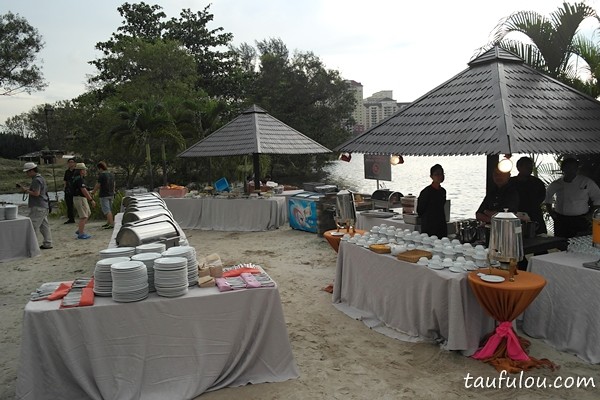 with food being arrange for everyone. 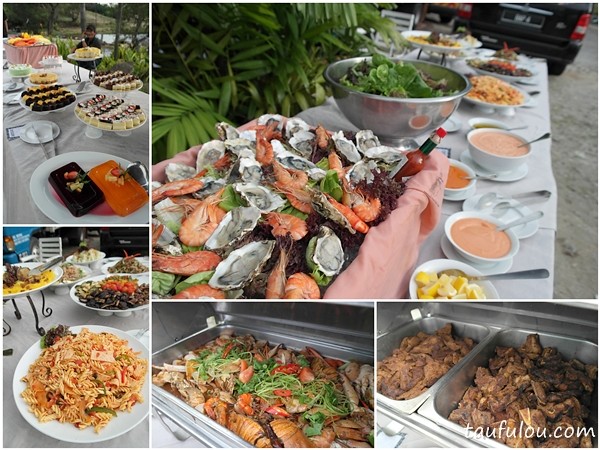 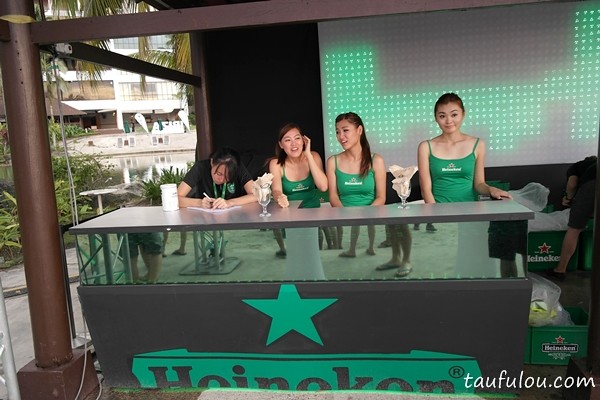 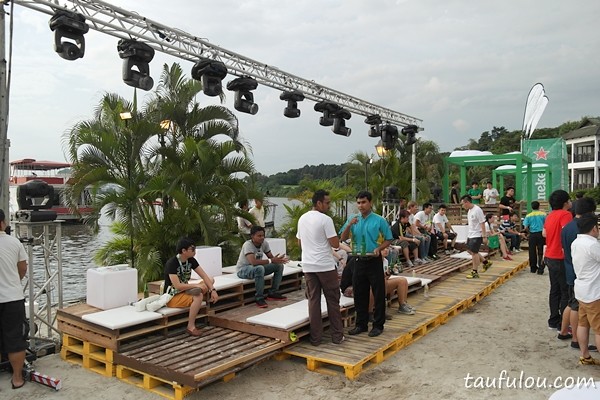 The whole scene being change to beach party style .. 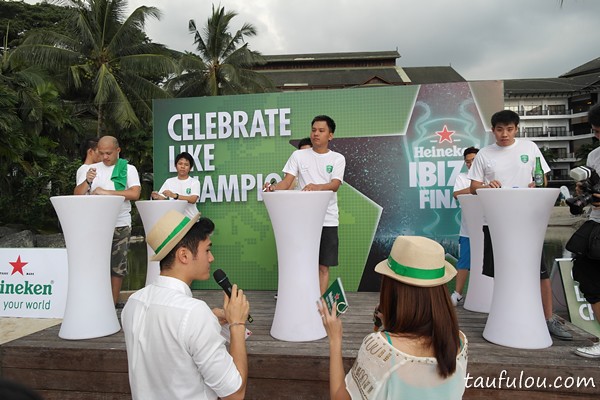 As it hit the last round anxiety and excitement filled the air during the Q&A session where six finalists who successfully uncovered the authentic tickets were then pitted against each other to test their football knowledge. They were put to test till the question hit the year of 1999. 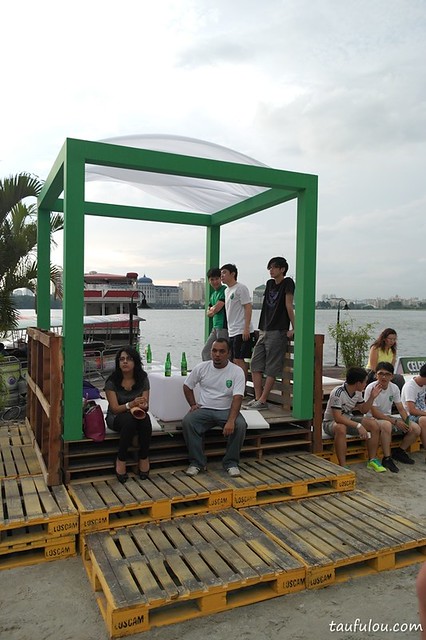 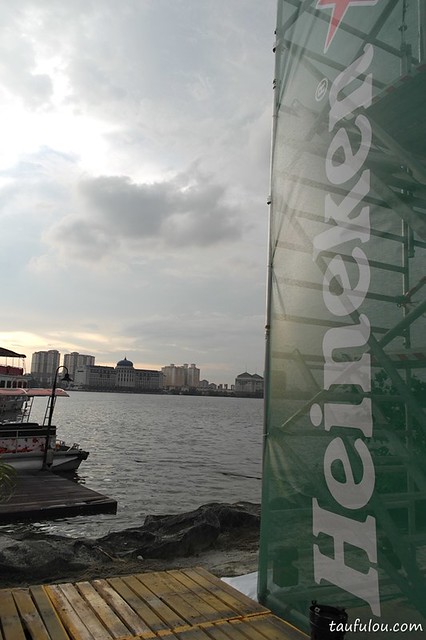 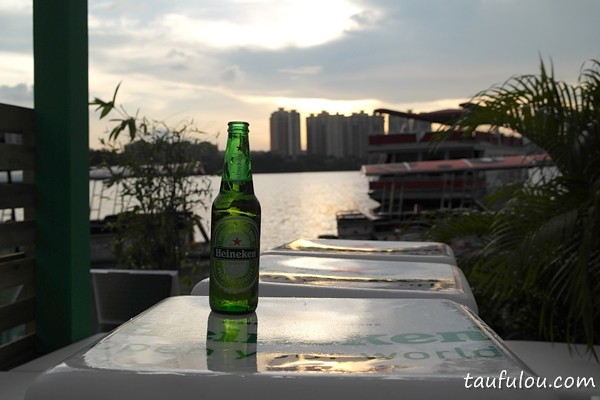 Its a great place to enjoy one of our favorite beer. . . 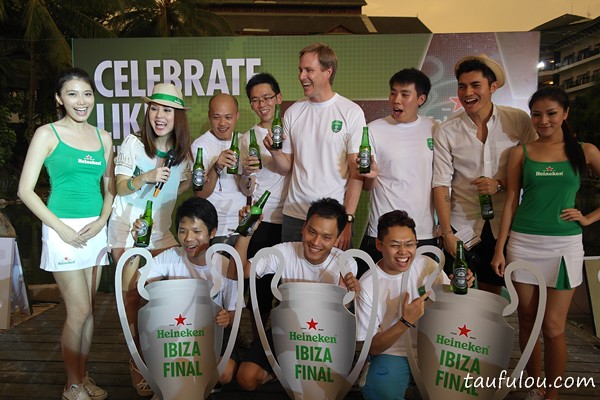 With a combination of intelligence, imagination and inventiveness, three Malaysians won themselves an all-expense paid trip to Ibiza, Spain to watch the screening of the UEFA Champions League (UCL) final on May 25. Congrats to all of you~ 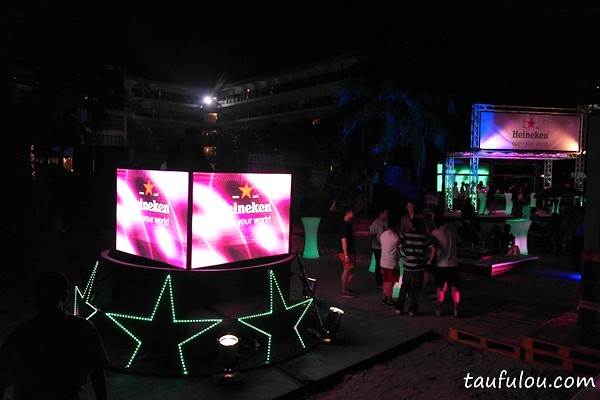 for the rest of us, we just sit and chill. Catch up with some friends too . .

Some of you might stumble on my blog that I did a posting on Heineken Final, and now the clock is ticking as the Heineken Ibiza Final contest officially ends this Saturday 20 April. Its a great opportunity for Malaysians a chance to watch the screening of UEFA Champions League (UCL) Final VIP-style in the party capital of the world – Ibiza, Spain. 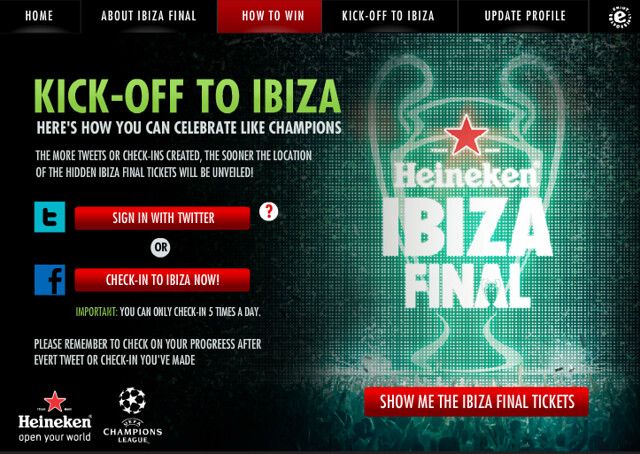 The only catch is that the Heineken Ibiza Final tickets are hidden in a secret location somewhere in Klang Valley and fans are encouraged to collaborate via social media activities in order to be one step closer to finding out where the tickets are! 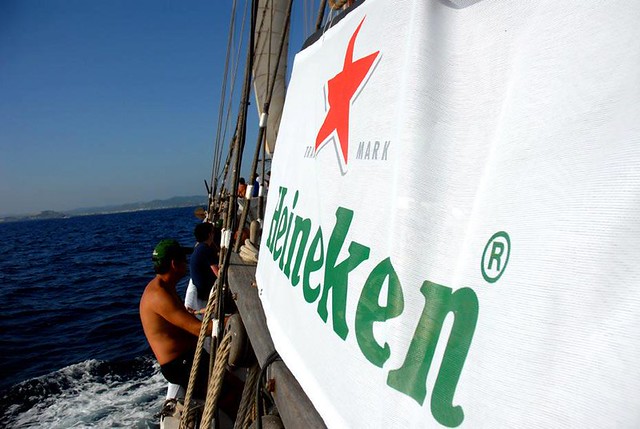 Once the location is revealed, 80 lucky football fans will be invited to participate in the Heineken Ibiza Finale Challenge where they will have to display their skills through a combination of charm, imagination and inventiveness to be rewarded with this ultimate football and music experience. 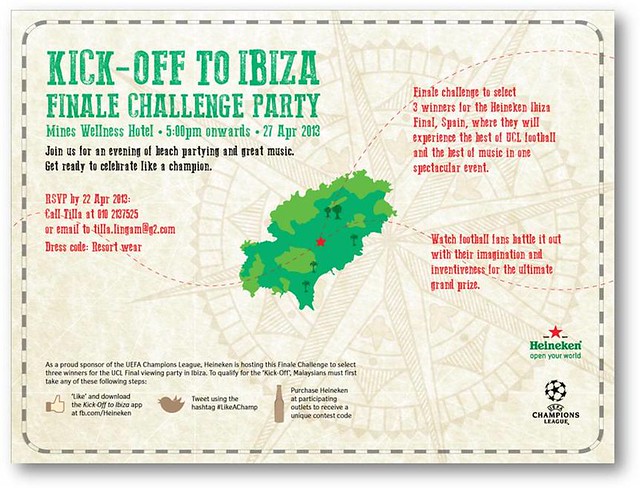 You have four more days to win a trip to Ibiza. Here’s how:

The Allure of Ibiza

Ibiza’s rugged coastline sprinkled with dozens of sandy beaches is a haven for tourists and party goers alike. 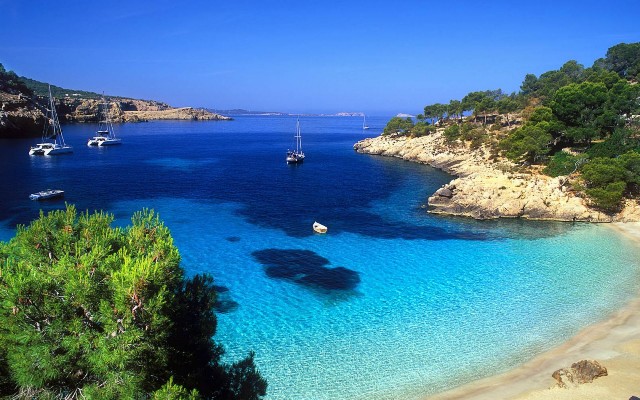 For a quintessential Ibiza clubbing experience, set foot in Amnesia, a household name among the party scene and brace yourself to be transported to a land of allure and pure magnetism where the rich and famous like Naomi Campbell, Tiesto, David & Victoria Beckham & Kylie Minogue are among the iconic names to have partied the night away. 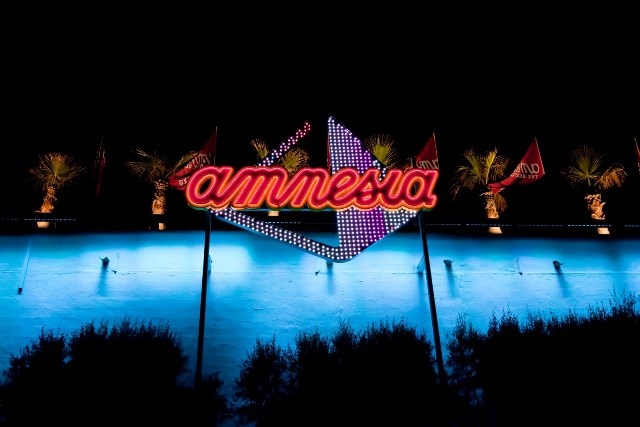 The top three winners will join 250 Heineken fans from around the world in an ultra luxurious all expense-paid VIP experience at the UCL Final viewing event in a uniquely Heineken way at Ibiza, Spain.

Heineken kicks off to Ibiza Final

To football fans out there, I am sure that many of you knowing that its coming to end of the season and also means that many of the international league along side with great competition like Champions League is coming to an end too. With top club battling for the top spot, as Heineken is launching of its ‘Heineken Ibiza Final’ campaign to celebrate its seventh consecutive year sponsoring the UEFA Champions League (UCL).

This year, Heineken takes its campaign a notch higher by rewarding its fans with the chance to watch the screening of the UCL finals in the world’s party capital – Ibiza, Spain. Moving beyond just a viewing event, Heineken Ibiza Final is set to bring together the best of football and the best of music in one spectacular night to create an unbelievable VIP experience.

Fans are encouraged to engage with the Heineken Ibiza Final campaign via social media activity or from on-pack and in-bar to be one step closer to this incredible once in a lifetime prize. As the campaign reaches its climax, fans will then have to display their skills through a combination of charm, imagination and inventiveness to be rewarded with this ultimate football experience.

Jessie Chuah, Marketing Manager of Heineken Malaysia said, “We want our consumers to really engage with the brand and the campaign, and ultimately, to enjoy watching the UCL final in a uniquely Heineken way. This year, we are very excited to offer them the opportunity to celebrate the legendary moments of football’s greatest final with Heineken at a very exotic location; Ibiza, Spain.”

“Seven years on and we still feel immensely proud that the world’s most prestigious club football tournament, the UEFA Champions League, is sponsored by the world’s most international beer brand, Heineken. This year’s campaign has plenty of excitement, with a few surprises along the way, so we really do hope consumers enjoy the ‘Heineken Ibiza Final’ campaign as much as we have when we developed it,” she concluded.

The Heineken Ibiza Final campaign will go live from 1 – 20 April 2013 online at Heineken’s Facebook page (www.facebook.com/Heineken) and at all participating Heineken outlets in Malaysia.