It has been a while since I last wrote my review for movie, work pilling up and blogging getting busier. CZ 12 also know as Chinese Zodiac is the latest movie from Jackie Chan or would say in another way will be his last action movie as his age is already catching up.

CZ 12 is about on a quest to find the 12 mystical zodiac bronze sculpture that had been taken away from the war back in 1860, that represents the 12 sign. Then Jackie Chan teams being hired by antique dealers to track down the remaining 6 missing pieces. France were JC’s first destination, where two of the bronzes are believed to be held in a private collection. Along the way, they have made  an uneasy alliance with Coco, a Chinese student in Paris, who is active in a global movement which campaigns for stolen cultural treasures to be returned to their homelands. Trail and after trail of clues landed them in a tropical island in South Seas where they believe the sinking ship had carried massive treasure to store the rest of the missing pieces.

Its a great to see JC back in action movie, with alot of unique and amazing stunts, of course his movie always filled with some part of humour. The mind blowing and get us glued to the scene with eyes open wide is when he fell into the cliff of volcano. That stunt is speechless where he try to protect the bronze head with his life.

Truly another great movie from Jackie Chan. – Recommended to watch as the whole 120 mins is very entertaining. 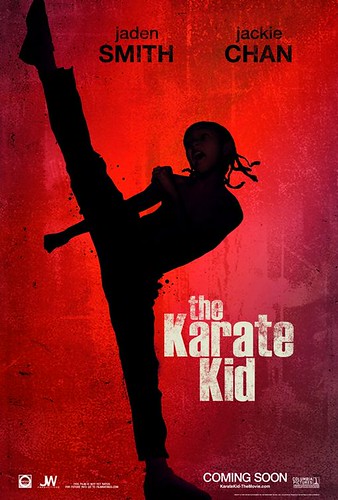 Current Chinese movie is mostly on China’s history. On Ming and Qing dynasty, I would say that, this would not be the best Jackie Chan film that I find it very boring.

The Spy Next Door

One of the latest Jackie Chan flick, but for me I never like any of his movie in Hollywood filming till now as maybe when I was young watch different kind of his movie that full with action packed and with a lot of his own stun.

The current movie talks about he is trying to go after his neighbor and in order to do that, have to makes her kids to like her which he believe that since he is a great spy, is not that bad to handle 3 kids but nightmare comes when taking care of them and the Russian bad guys are going after him for a file. Anyhow, still thinks that its more like a kid movie with some touchy part but I still prefer his Hong Kong film and looking forward for his CNY movie with Wang Lee Hom.

This is another show that I watched last week. During movie day and it was lucky that I watch it on that day.
Honestly its kinda boring show as for the first half hour because it is in mandarin also. It is because the show is about how the kids grow up in Wushu School in China and participate in the reginal competition and gain their entry to Sports school. One of their senior went off track from Wushu culture and involve in kids kinapping and let the junior and the mentor (Samo Hung) discover about it.
Ended up in the end, the realise that what their mentor had told them from the begining and just realise it what does it mean that time. The tradion of Wushu passing from one to another.
Watch this movie because of Samo Hung is one of the actor and Jackie Chan is one of the producer.
If you thought of watching this movie, you can safe some money and I highly recomended you buy a dvd and watch at home.

Overall ratings 4/10
— The movie rated by me is by my own personal preference. Watch it at your own risk —
03/12/2008 0 comment
0 FacebookTwitterPinterestWhatsappEmail