I know I know that I am a bit late as the whole UEFA Champions League already over and you guys already know who are the winner. Yes, Chelsea finally manage to lift the European Cup 2012 as they had dream for many seasons. Congrats to them!~!~ 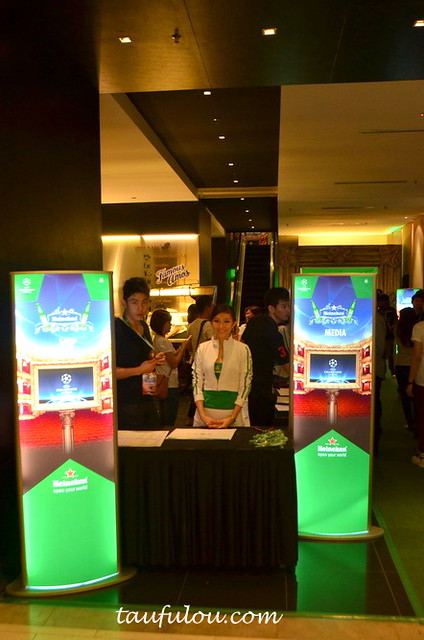 Well, I am just saying that I had a great night from the event that organize from Heineken that had experience one of the unique way to watch the Final match. 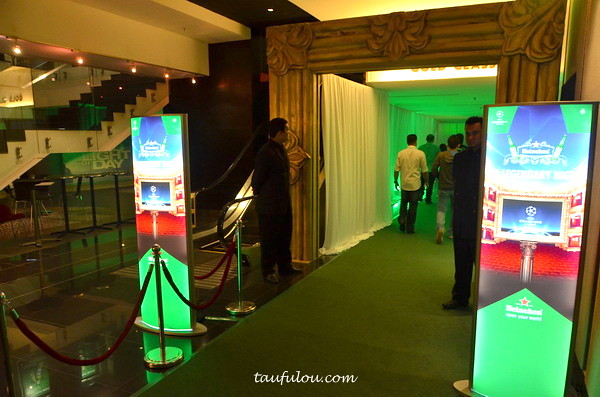 Know where is this event held? It is held at GSC Signature at the Gardens shopping mall and the unique way I am saying is yes, we are going to watch the final match inside the cinema itself with super huge screen. They have converted the whole area into Heineken soccer area. . 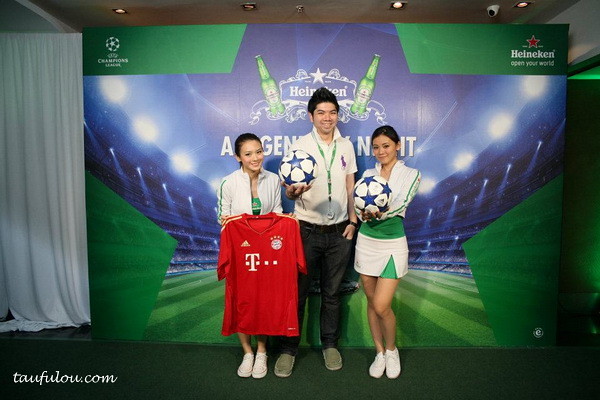 with photo area that you can either choose which team to support and I chose Bayern for that night well, they lost  . .:( 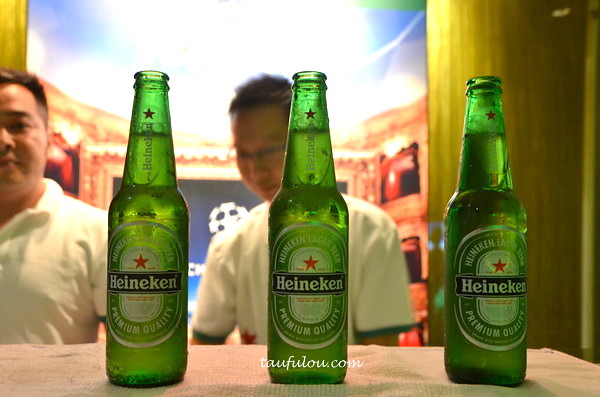 Then we were pampered with free flow of Heineken beer all night long starting as early as 10pm. . . and you would know the match ended what time as they headed to penalty shoot out. 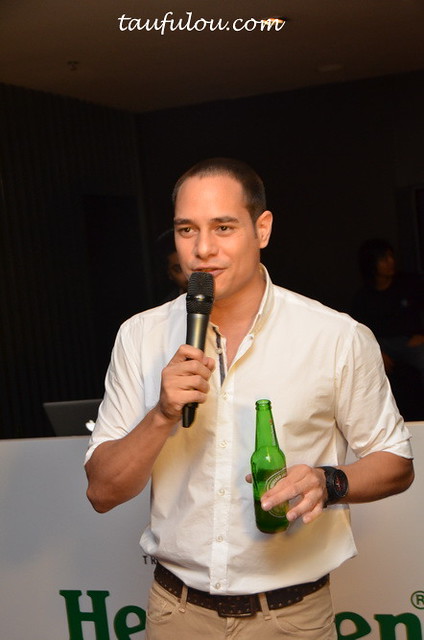 Before the match, Emcee did a few interesting games and telling some history of both teams. 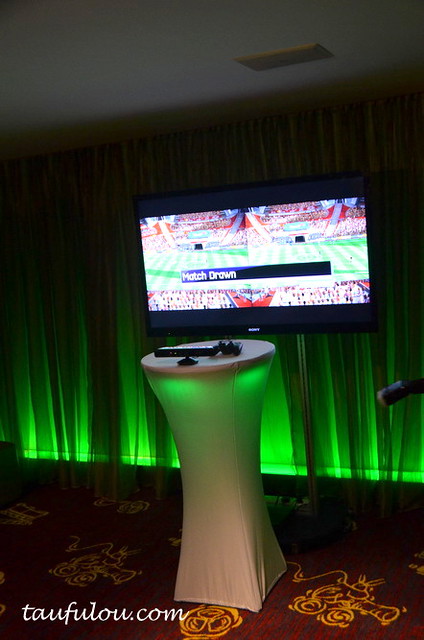 Then follow on a few interesting gaming section as you will compete with other people. .. . Wii is one of them games with soccer game. . 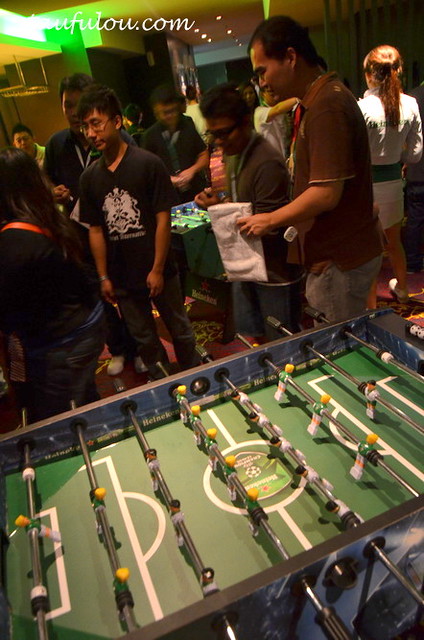 a few Foosball table was place around the area 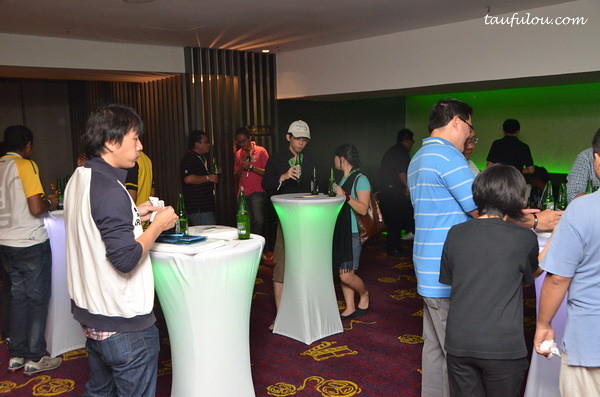 Then as we walk to another section with bar table for us to drink . . . 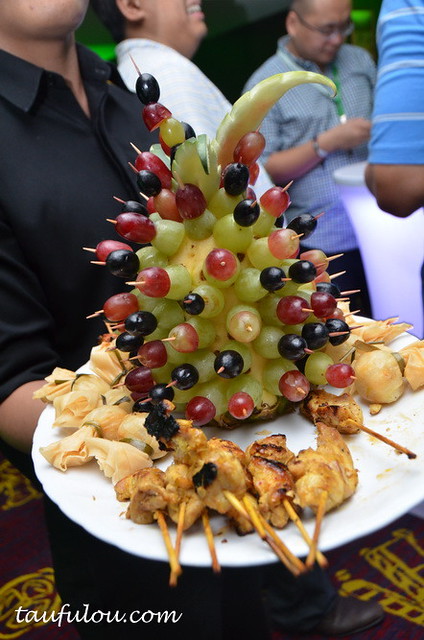 and lots of finger food. . 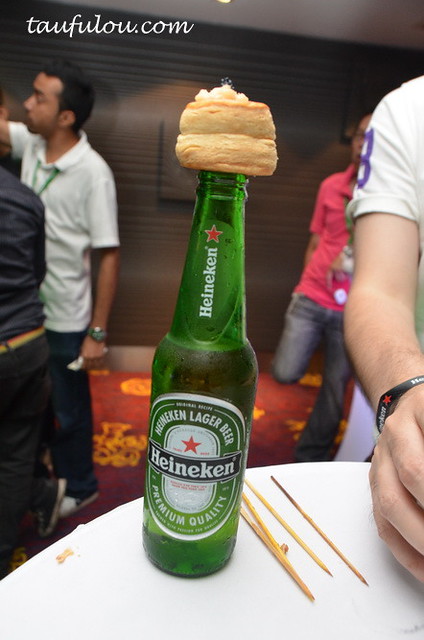 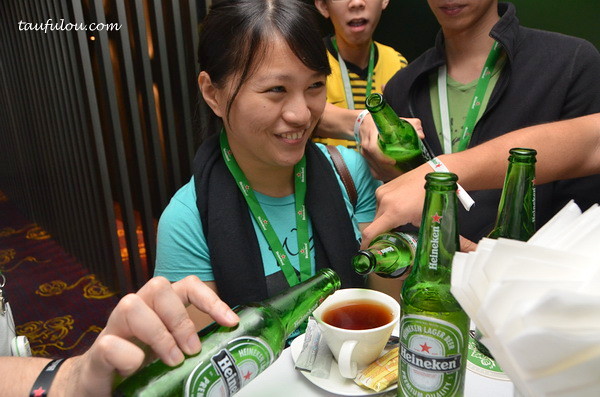 Then those who did not drink and plan to drink coffee we try to mix it up with coffee for her and look at her expression, that nahh, you guys wont mess with  my coffee, as we did, she was stunned! kekekek 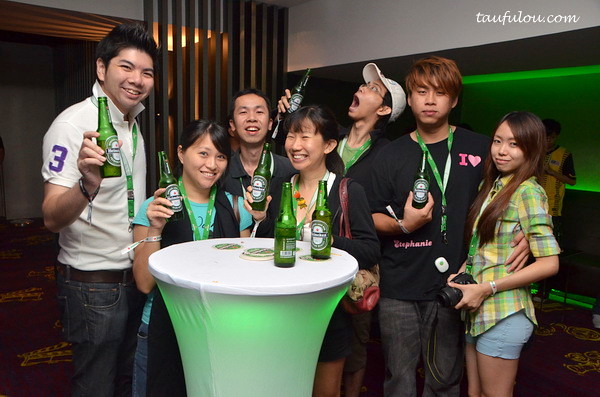 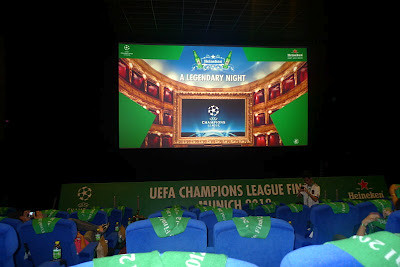 Here we are, inside the premier class cinema hall and watching with lage screen .. .  Great experience as we all have a buzzer hanging on our neck as our beer is finish, just press the buzzer and it will be refill by one of the staff. .

Had a great night and thanks to Heineken!