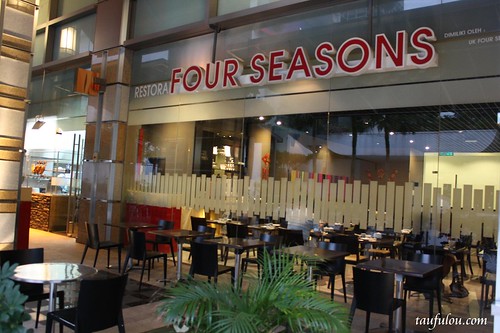 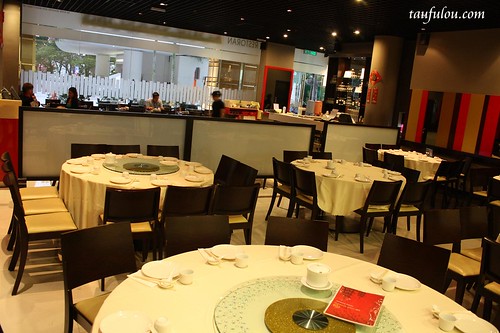 Nice Chinese contemporary designs to add on the ambiance of the restaurant. 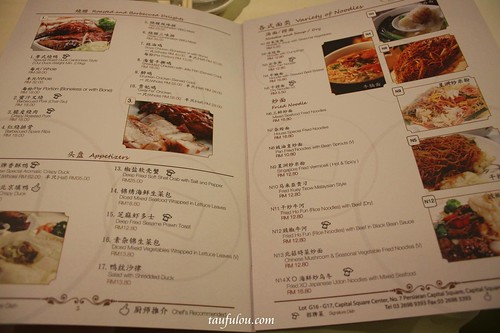 The food in the menu looks good and the price is quite reasonable. 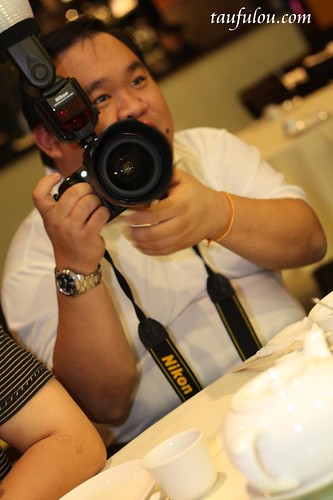 This is how Ken on site, showing his new ka chan…’Boi Tahan ah’~~~ lol~ 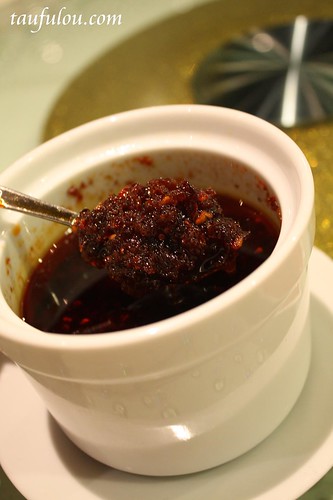 I like the ‘Chili Oil’ very much as in when added to the meal, it brings up the extra fragrance on it. Not very spicy yet a bit salty. 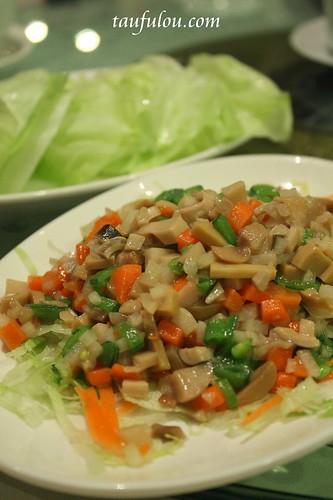 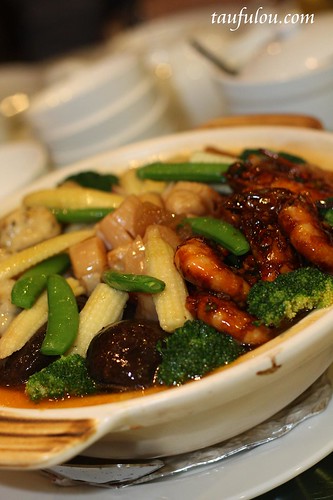 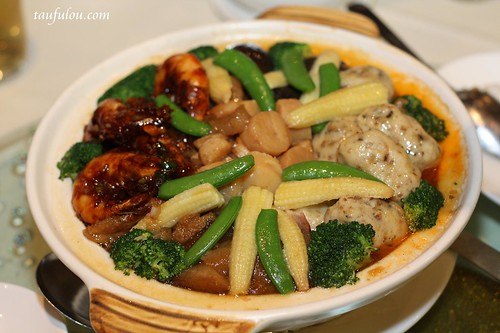 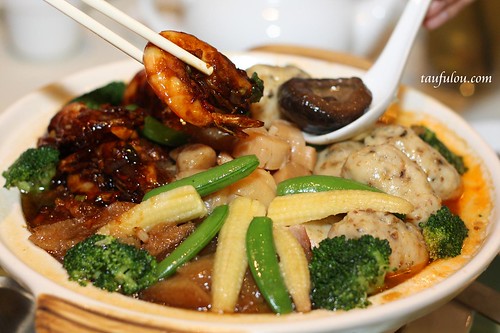 When the pot cover opens up, we were so excited that pun choi is filled with prawns, scallops, peas, broccoli, sea cucumber and some other ingredients. Our chopstick is there, and have to say waiitttttt..take picture first, as everyone is staring at it waiting to eat it with the aroma flying through our nose. Surely this is 100 times better than the pun choi I ate at Yin Ker Lou and more worth it. 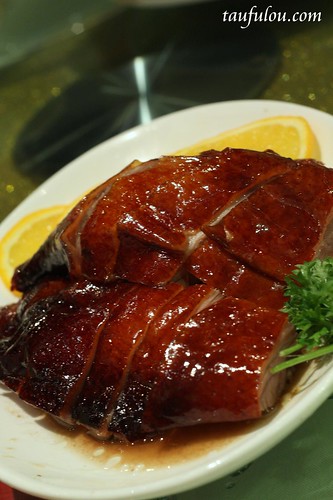 ‘Four Seasons Roasted Duck’ filled our mouth with juicy and tender duck meat yet the saltiness level is there and add on with some chili oil is just perfect as we hope we could have another plate. 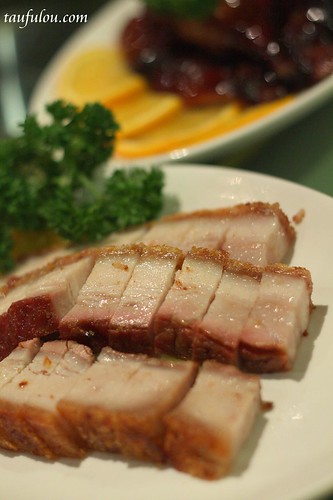 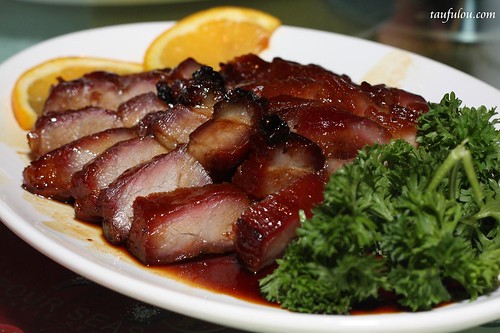 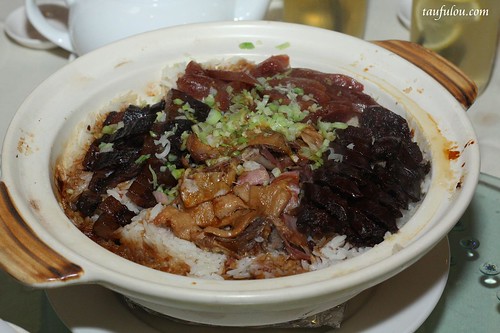 ‘Waxed Meat Rice in Hot Pot’ cooking at the bottom of the rice, with making the base a bit burn and crispy then stir it around to make it evenly that I love it filled with Chinese sausage. 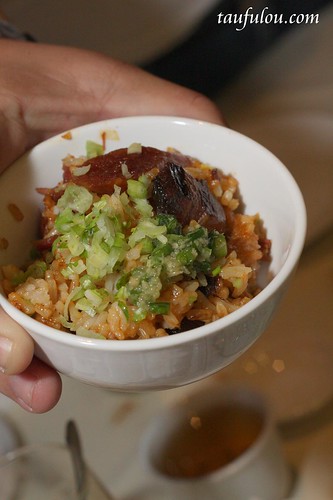 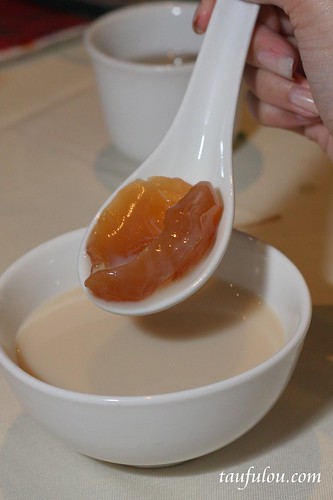 I have always drink soya bean and love sea coconut but I have never thought that this 2 when mix together it would be so nice. ‘Double Boiled Sea Coconut with Soya Bean’

It was a great nice trying out nice dishes and a great start for CNY mood and this is not the only set we try, as for family reunion dinner or ‘Sau Gong Jau’ can always be in here too with the set menu as below.. Richard, I have to say thank you for arranging everything. 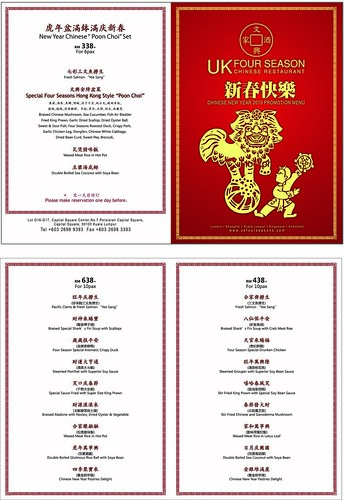