Crystal Jade is no stranger to most of the locals with its operating restaurant of more than 18 years of history and has over 80 outlets in 12 major cities in Asia Pacific Region, with its based and originate from Singapore.

This restaurant not only served Cantonese Cuisine but Shanghai Delicacies has been the second most popular. As their star item in the restaurant that must not be forgotten is their Steamed soupy pork dumpling ‘Xiao Long Bao‘ and hand pulled noodle ‘La Mian‘.

I was given the opportunity to see the making 2 of their star item that I have to thanks to I May from Arcis Communications for the invites. 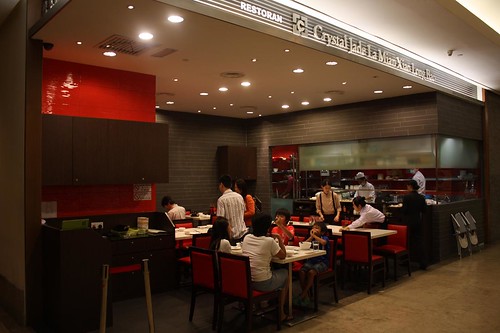 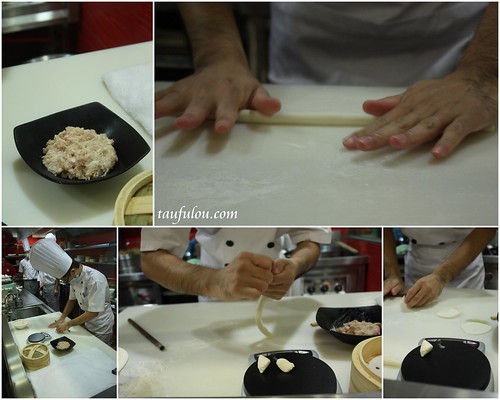 Steamed Soupy Pork Dumpling that commonly known as ‘Xiau Long Bao‘ is a dish from China Northern Song Dynasty. As it is small & delicate and steamed in a bamboo basket, hence the name ‘Xiao Long Bao‘ comes about. 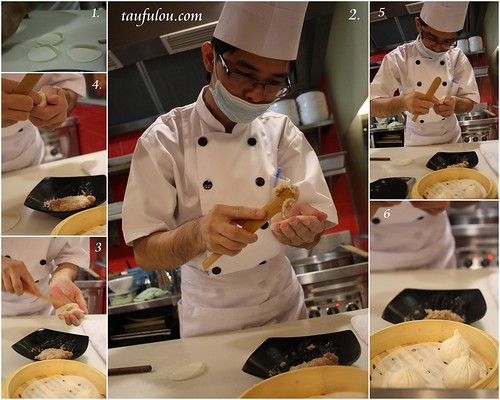 That is how the little xiau long bao is made off.
Next would be the making of La Mian. La Mian literally means ‘hand-pulled noodle’ and relates to the process of pulling a serving of noodle from top quality bread flour dough. Our chef pulls the dough to about a meter in lenght and folds it into half; doubling the number of noodle strands. 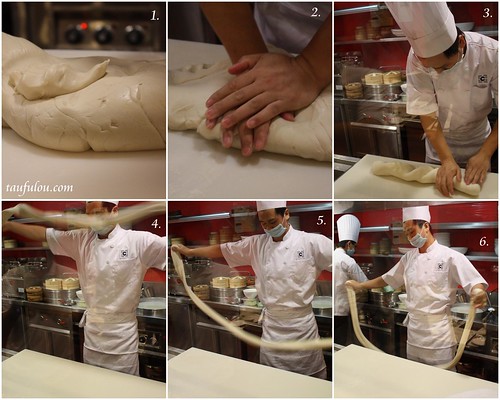 Top quality bread flour with 10:4:5 portion of water is used to prepare the dough in approximately 20 minutes. For normal type of one bowl serving of noodles, it is pulled 7 times and approximately 10 seconds to cook. 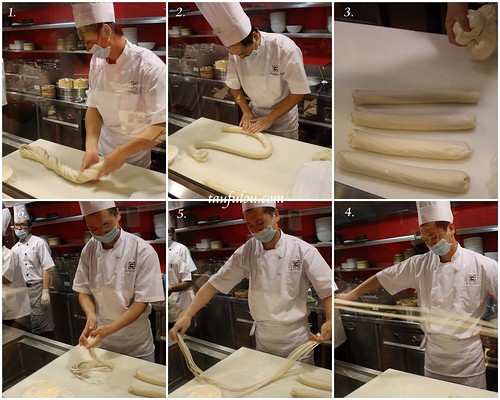 The noodle can be made into 3 types. Fine, medium and thick noodle. 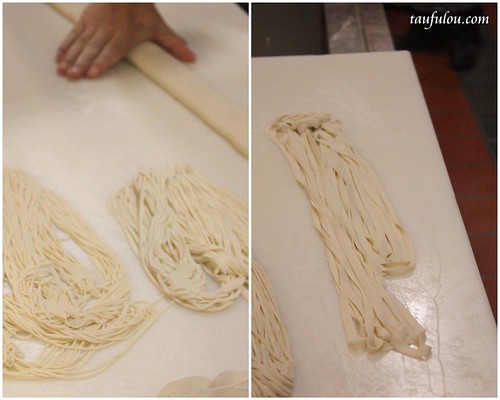 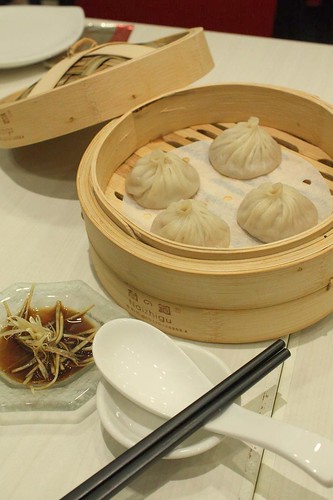 This is after the made of ‘Steamed Pork Dumpling’ which had been steam and ready to eat. The soup base is sweet and aromatic which is soft in the outer skin and the base of the meat is just perfect. RM8.80 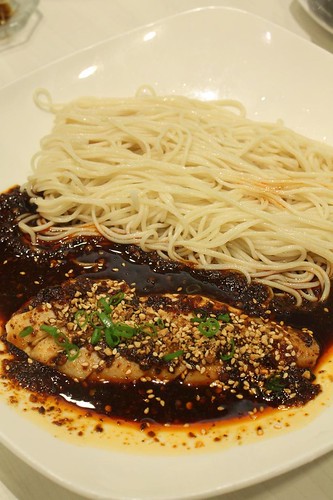 Next the after effect of la mian after been cook ‘Stewed La Mian with Spicy Shredded Chicken’. Our first bite of it was quite surprise as it is served cold but the taste did not disappoint and it was good. The look of spiciness which is actually not and the chicken is soft and mix with the gravy and noodle is just perfect. RM13 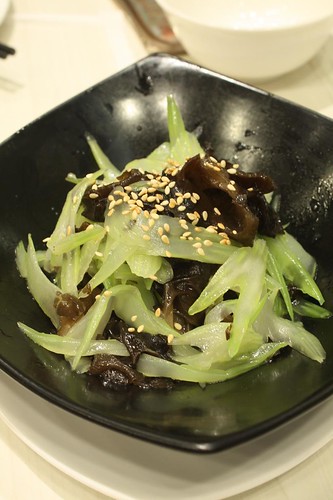 ‘Black Fungus with Shredded celery in Sesame Oil’ is something light to accompany you. RM9.80 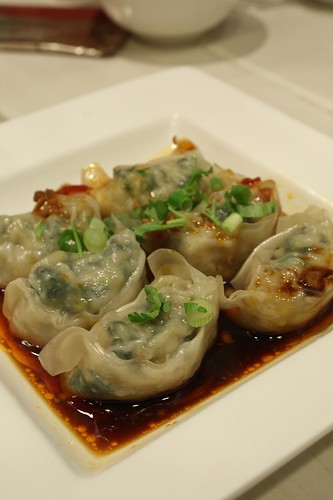 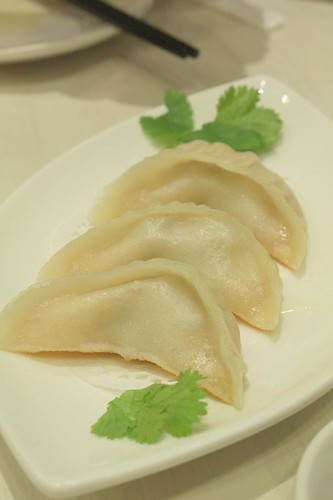 ‘Pan-fried Pork Dumpling’ dip with the sauce given is not bad. RM7.00 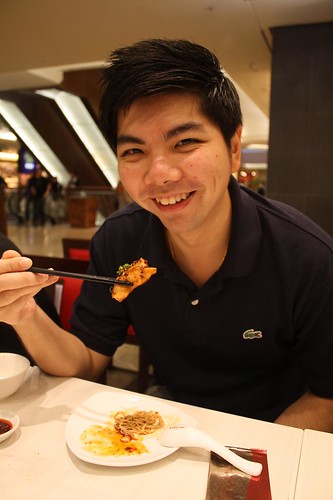 Me with the food. 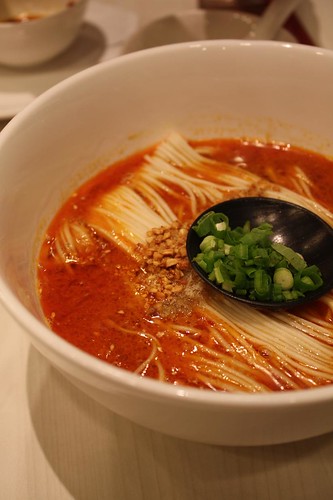 If you are not looking for something heavy ‘Soup La Mian with Dried Shrimp & Peanut in Spicy Sauce’ is something you will be looking for. RM12.00 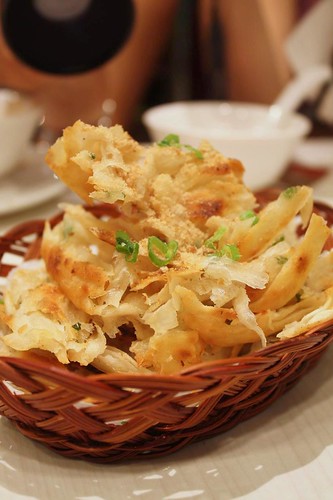 ‘Fried Pan-cake with Scallion & Pork Floss’ something not too salty but if a glass of beer was served and while watching soccer, this is definitely a highly recommended item. Its nice and chewy. RM10 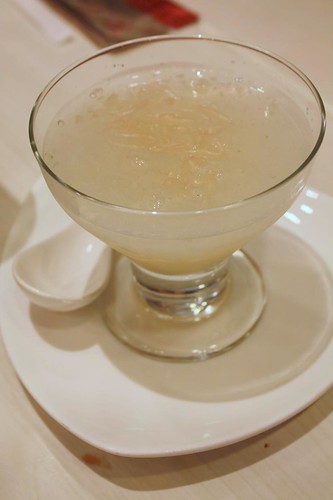 ‘Chilled Water Chestnut Cream with Pomelo‘ is something I like after meal. Clear, not too sweet yet chilled and nice. RM7.00

It was a great experience overall.