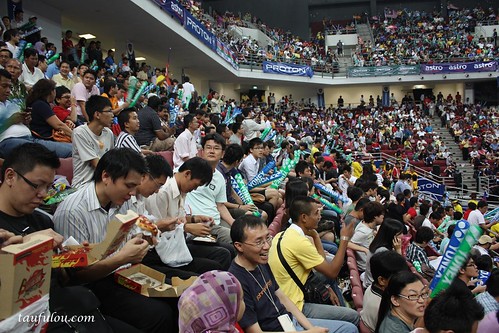 I got shock when I walked into the stadium. It was so full on this side of the entrance as this view is the nearest to the court and people came here as early as 4.30pm to get a good spot. When I arrive here, this whole part were already packed with fans. 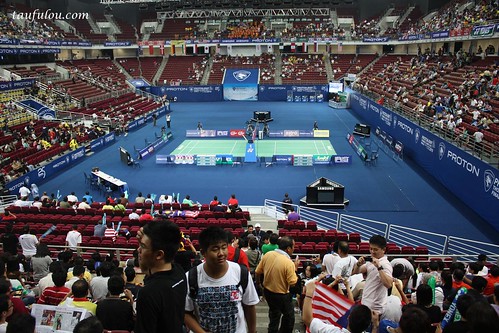 When I see the court, I was wondering how come the court is put in this way, not to the side. 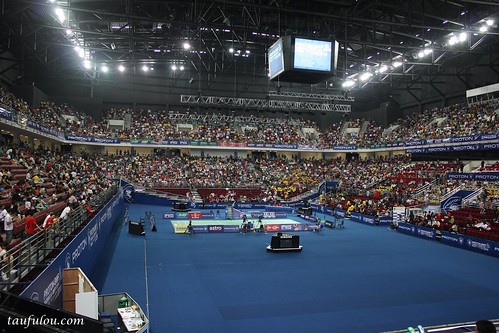 and I have to walk to another end to grab a good seat and the seats are filled up instantly and I looked up at the electronic score board see the first match line up, I was very excited. Already the top of the match and feel like its Final. Li Dan and Lee Chong Wei. 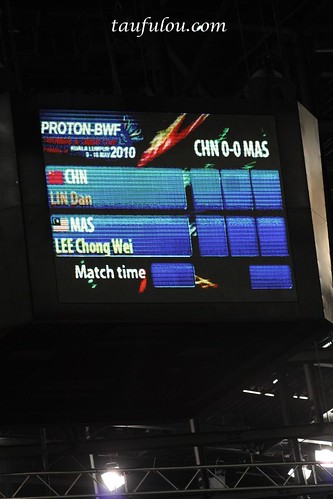 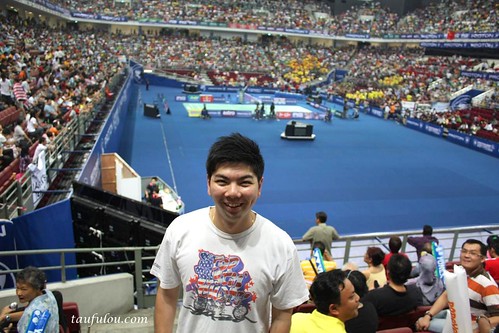 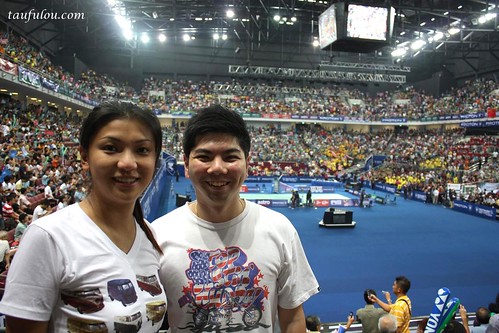 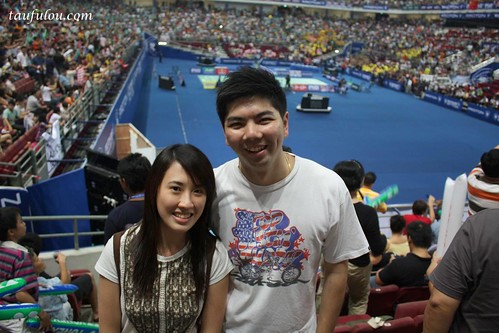 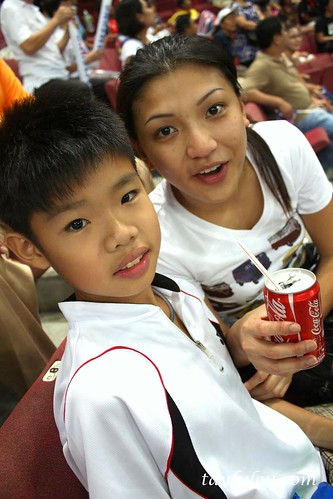 Karen with her nephew all hopes for Lee Chong Wei or I should say  his idol. . . . 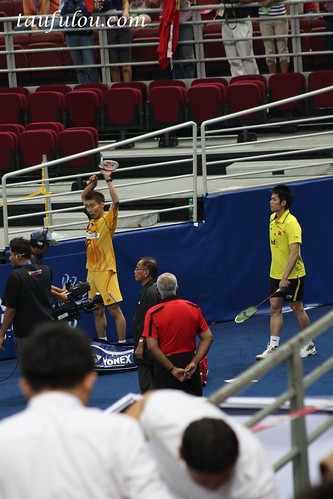 As when all the crowd saw Lee Chong Wei walking out, all the fans go crazy, drumming, singing and chanting for his name and as for in this match, most of the pundits are saying China would have easy round to get thru to finals. 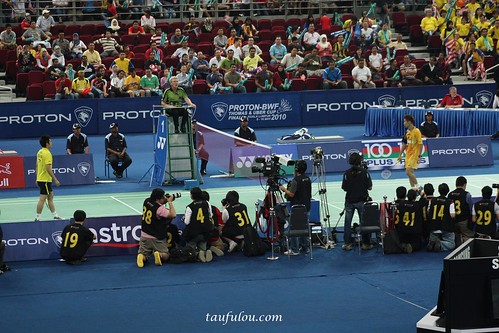 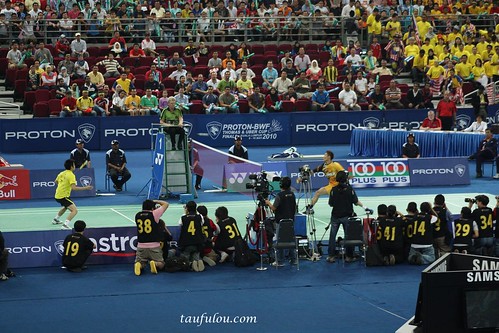 and first set won by Li Dan and what me and my friends feel that Lee Chong Wei could have played better as we know how he could perform if he is on form. 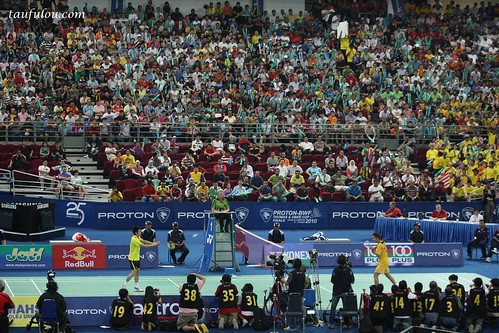 Second match looks to be very boring as Li Dan the only one attacking. 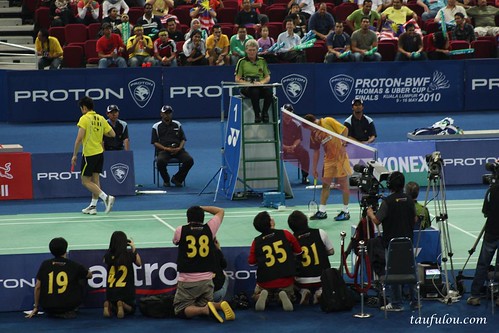 When the score line seems to be a bit impossible, the fans start to koyak and Karen’s nephew is so dissapointed at his idol. 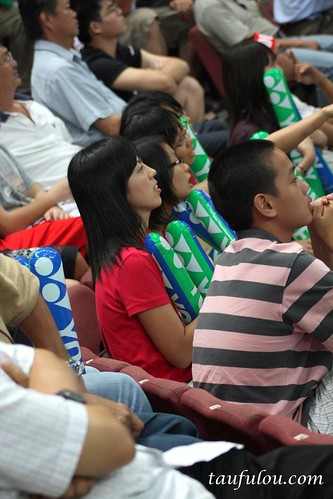 yet most of the fans still believe in him that he can do it. 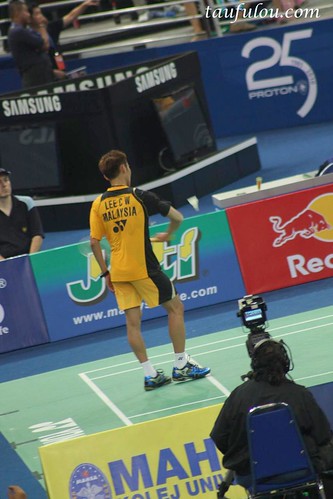 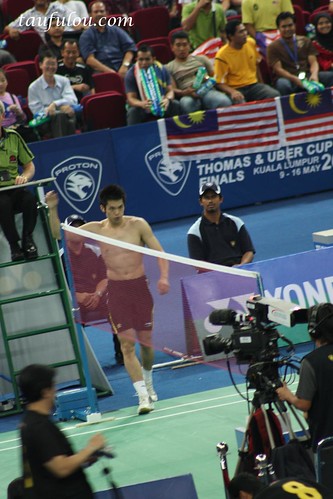 but this paria Li Dan when he won, he took off his shirt and do robot dancing. . . and alot of people are piss at his action but in this match Li Dan playing style makes Lee Chong Wei like a novice.

Too bad we lost, if not! We could give Indo a fight!