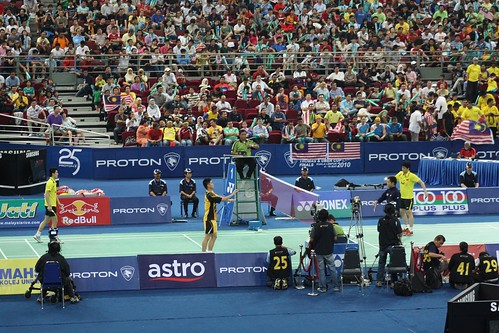 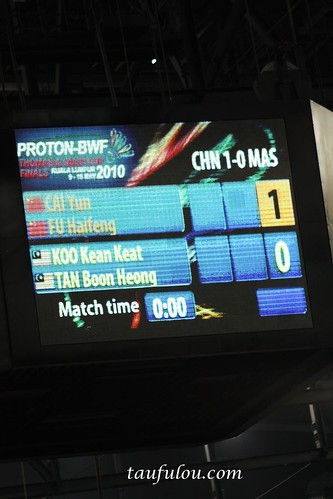 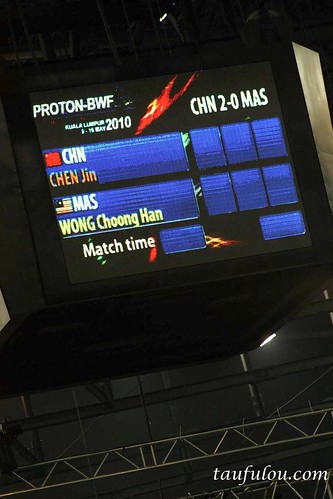 When we saw the last match, what we can do only that hope miracle for the veteran to win. 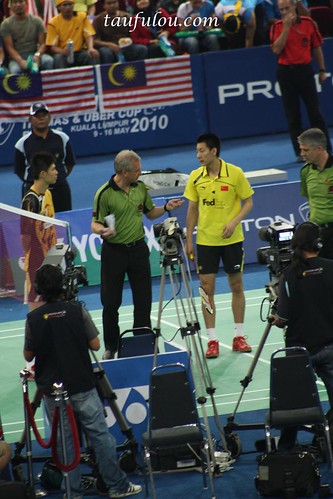 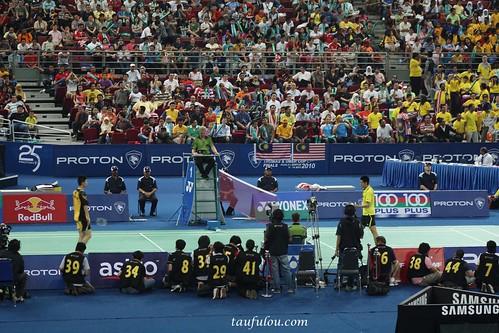 During the first set, Chen Jin attacking on Chun Han backhand non stop to gain easy points as Chun Han careless n trip a few times. Some fans start to leave before halfway of 1st set by looking at the style he is playing, most of us know there is no hope anymore. 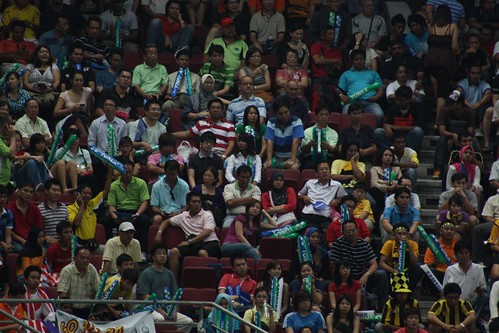 These were the look of the fans during the last match, and most of them no more mood, tired and hopeless. 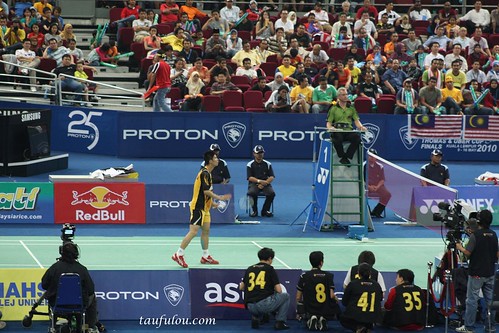 In this Semi Final match, China won straight sets and won it very comfortable as most of us expect Malaysia will put up a good fight but we were kinda dissapointed.

and the Finals are China Vs Indonesia.

It was one of the best Final match as Indonesia put up a good fight with China even though they lost to China with the results as below:

Last match was the most interesting match as most of us thought that Indonesia still stand a slim hope to lift up the cup if they win but Santoso could not match Chen Jin’s stamina.

and China had lifted the cup again for 5 times in a row, could not denied that they have the skills set and constantly producing young blood and getting better, like the TV commentator saying that, China is the best that they have strong mentality, would want to win in their culture long time ago and its not about facilities and hoping that Malaysia would produce a few more Lee Chong Wei but but could not deny that Li Dan is on form now and with his fitness and stamina like this, he is going to dominate most of the upcoming tournament

What me and my friend feel that after watching Finals, we felt that Malaysian team gave up easily compare to the Indonesians. Even though they trail behind but they still have the spirit to fight till the end with Simon Santoso a good example in the first set, and their doubles too. We do hope that they will learn from this tournament and be stronger on next competition.

Sake Tasting and Pairing flying fresh all the...

Too bad we lost, if not! We could give Indo a fight!