Digital space sure take us to another level since modem was created, it takes the whole world to be a nearer space and even like this year World Cup 2014 had achieve another new milestone that mobile technology had contributed quite a number of it.

Since then, many creations had came up and one of the latest device that I find it very suitable for me as I seldom on my TV or my TV time spent per year is less than 120 minutes. Astro is not applicable to me as its too expensive and yet I got too many things to do when I am back at home. Till 10TT which suits me alot as I just paid only RM 429 for lifetime membership and I got loads of TV app to view from. Actually more than 60 live channels in this LIVE TV contents from Hong Kong, Taiwan and China, and video-on-demand contents including English, Korean, Japanese, Cantonese movies and dramas.

1OTT is known as a smart TV streaming media player invented by Cloud Media which is widely known by their award winning Popcorn Hour Media Players. This little box weighing only 120gm gives direct access to both online and video on demand channels and to stream these content on your big screen television. 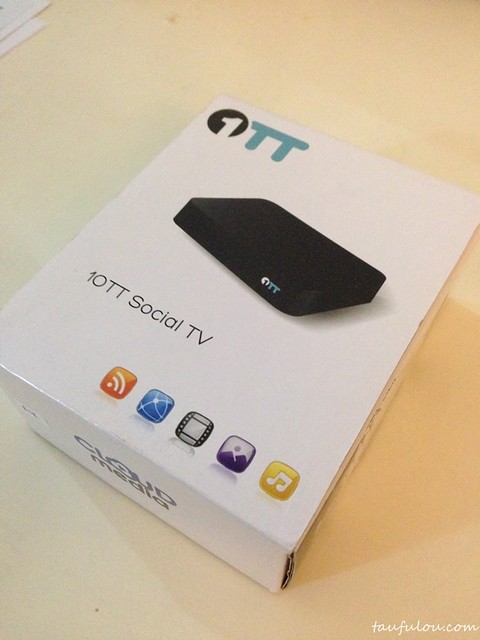 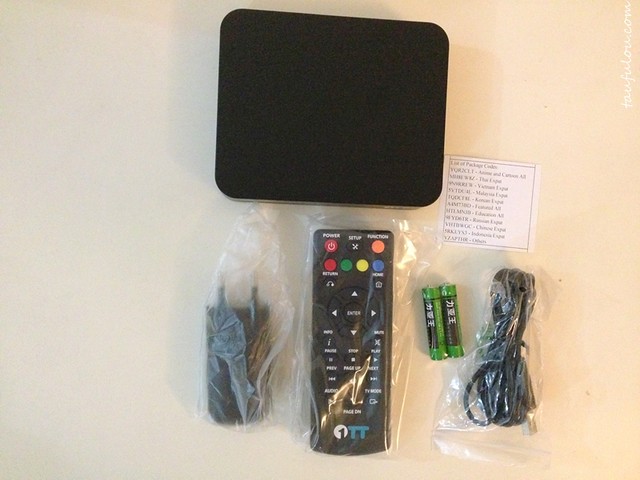 In this box it comes with Remote, battery, cable plug, cables and the TV box itself. 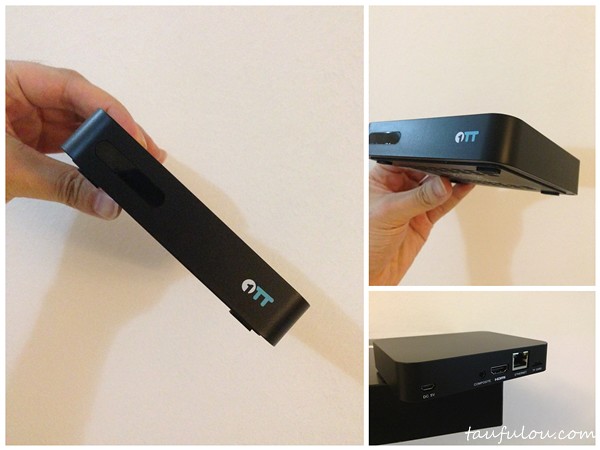 Amazingly light, that weight only at 120 g, as you can take this little tv with you any where in this world that have internet connection then you can plug in and play to watch it anytime, anywhere. 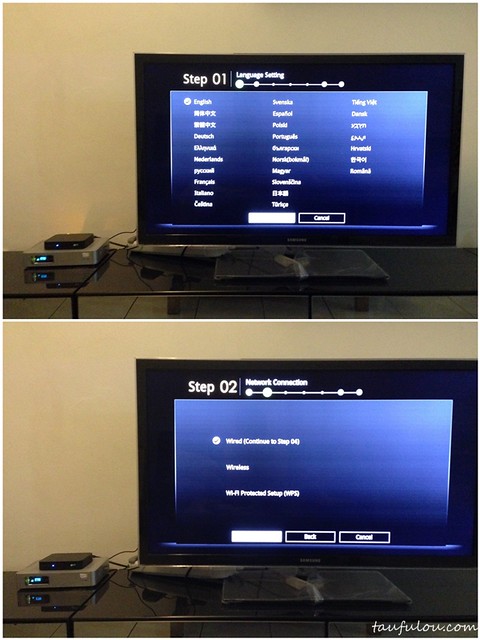 To connect this device, its as simple as ABC. You have 2 ways to install it as I choose to buy a new Ethernet cable then plug into the modem and pull it over and plug into this device as compare to use another method connect via WIFI. Right after its connected and install, what you need to do next is to press NEXT till the end. 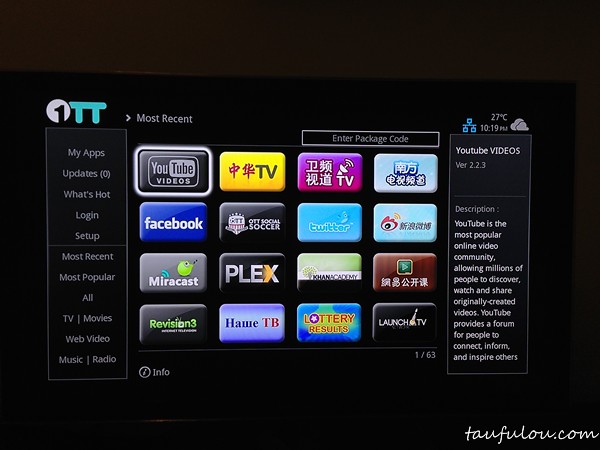 Jeng Jeng Jeng. . .you have all the basic TV app with you and they do give a promo code to install the rest of the TV app chanel to make it more perfect. It can be key in under Enter Package COde on the top right. 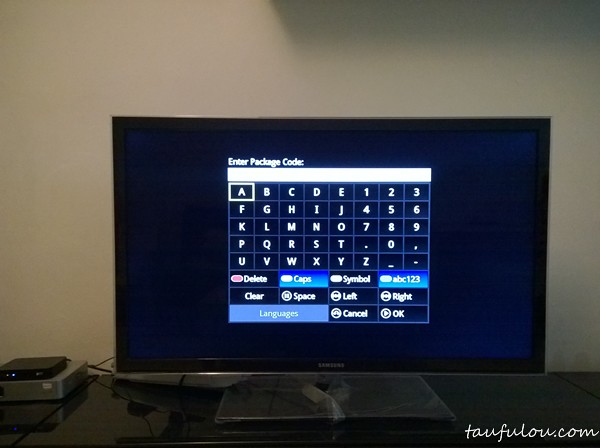 Just Enter the code accordingly and many channels will be added once completed. 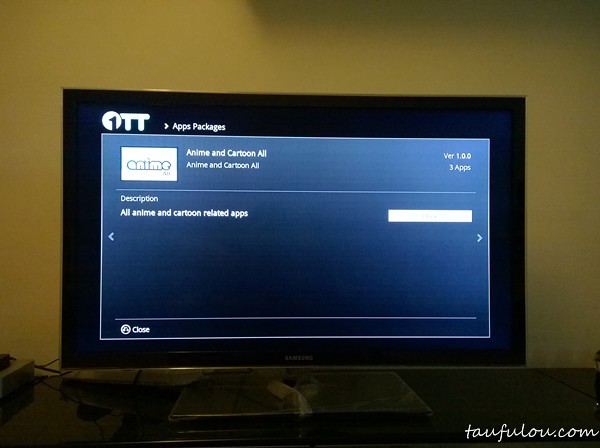 The key media features of 1OTT player are listed as follows: 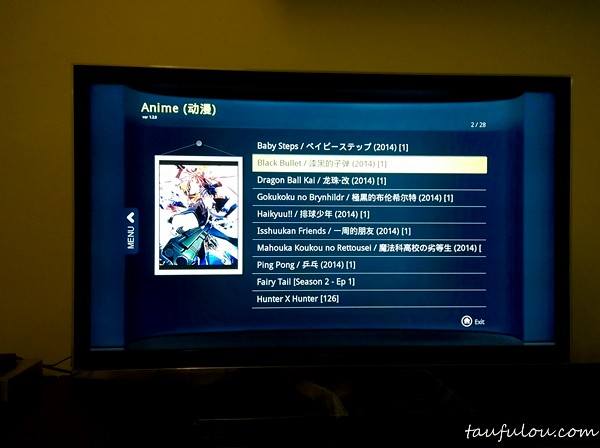 Parents would love this as they have tons of Anime and also Kid’s Channel is filled with all kids favorite character. 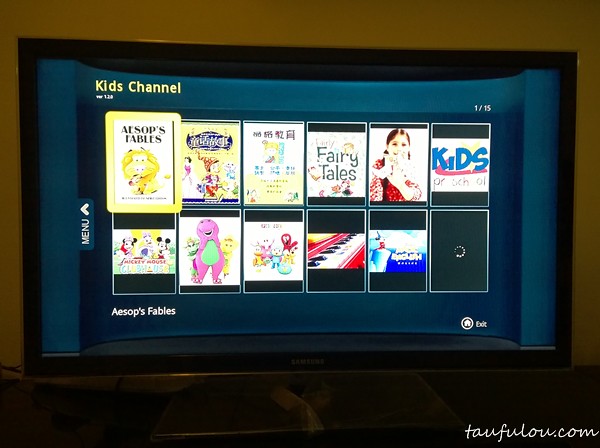 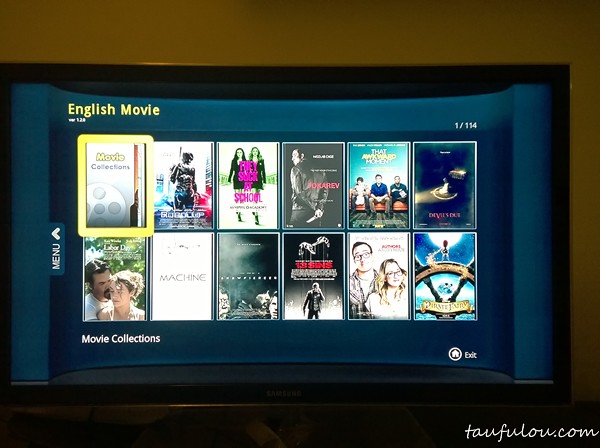 My most frequent watch channel is certainly their English Movie Channel as it comes with quite alot of new latest movie. Lets just say 2 months after it screen which is not too bad for some blockbuster movie that I have miss and they do have some other great shows in it too that did not show in Malaysia. 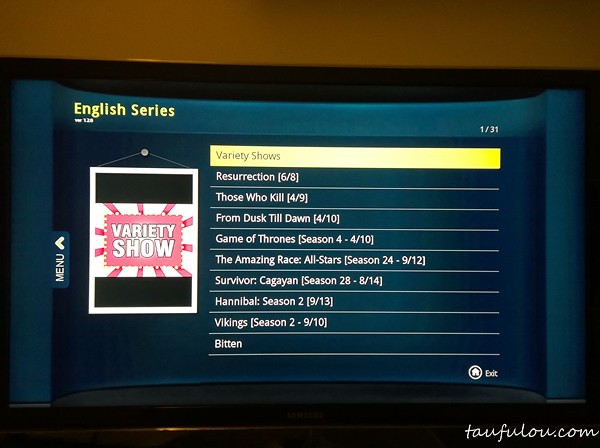 For those who are into English SEries, there are another area for you guys to explore. My brother is glued to this channel. 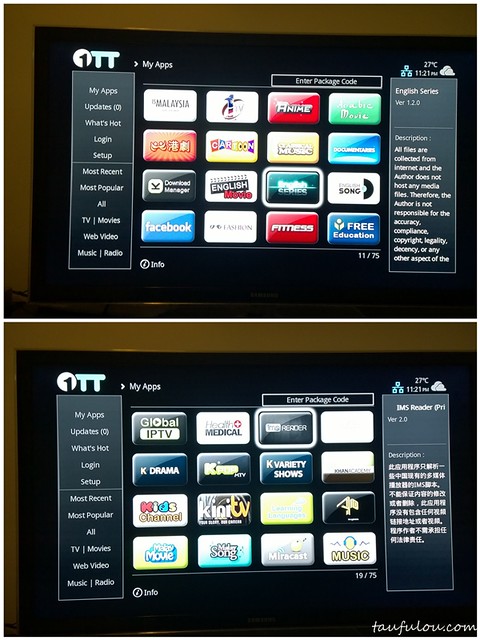 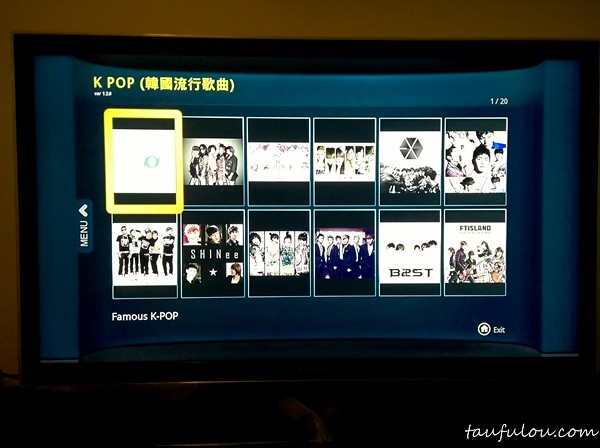 Korean FEver or a huge fans of Korean stuff, then they do have latest K-POP music Channel, K Drama and K Movie too. 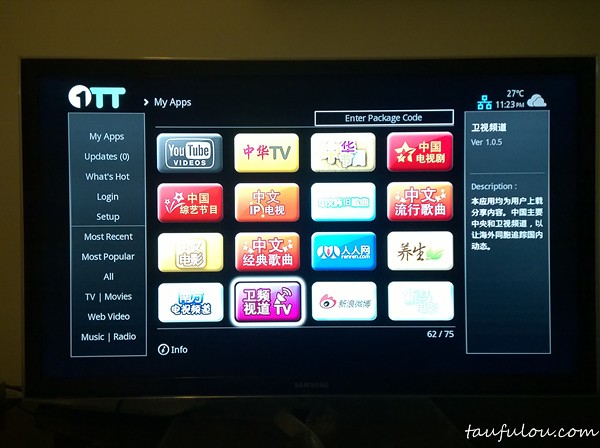 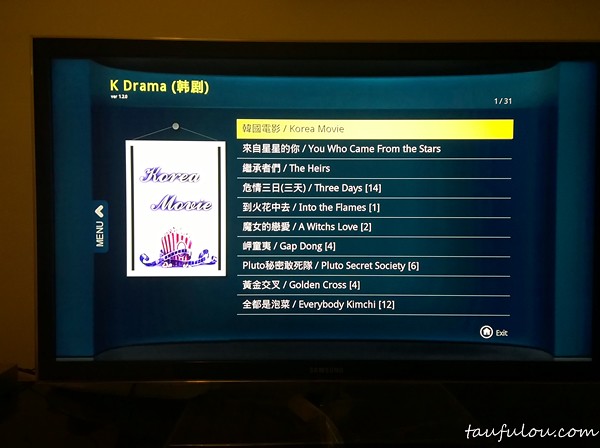 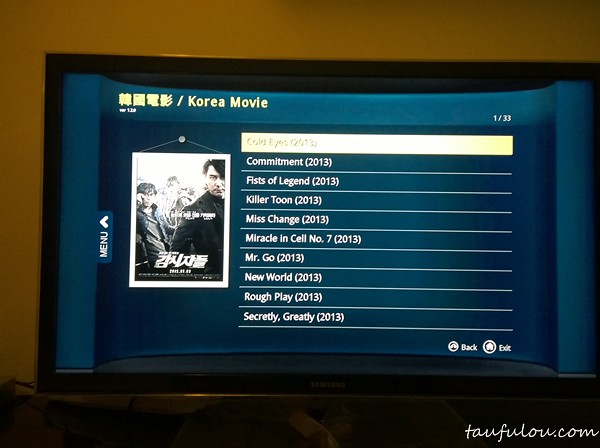 Its a great device for me that suits me pretty much that I did not need to pay monthly or yearly fee. With only RM 429 is enough to fits my criteria for my home TV and best of all the latest shows are all updated by itself as long as its being plug into the internet. Comes with 1 year warranty.

To find out more details or purchase the unit, you can check em out at: