Woot Woot as last year, Christmas did came early. What was deliver few days before Christmas is this new unit of BenQ F5 which is targeted to market user whom are looking for a smart phone without spending more which is less than RM 700 and reliable. I was then given this unit to play around. 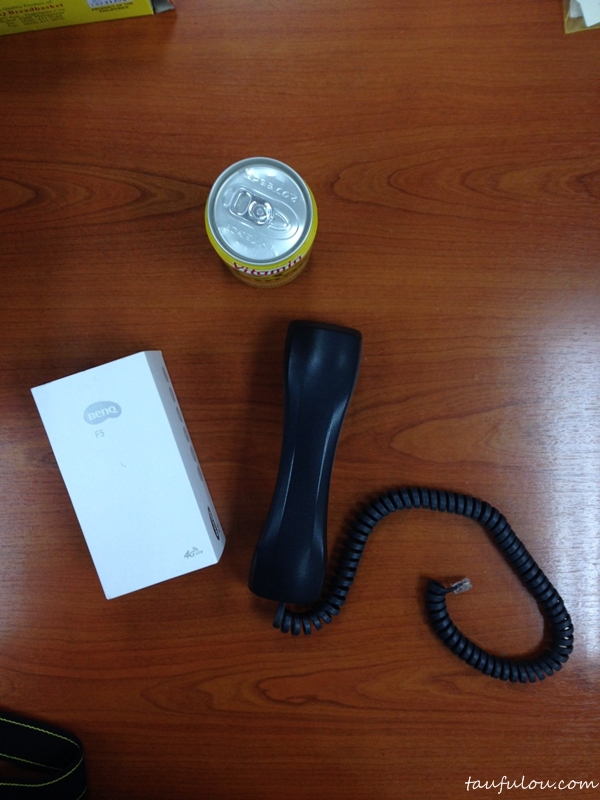 At first, another thought where it hit my mind was “izint BenQ is in Laptop industry” as that’s the equation how I relate it. Then after further read on over the web portail, BenQ F5 was one of the latest product range under the company. 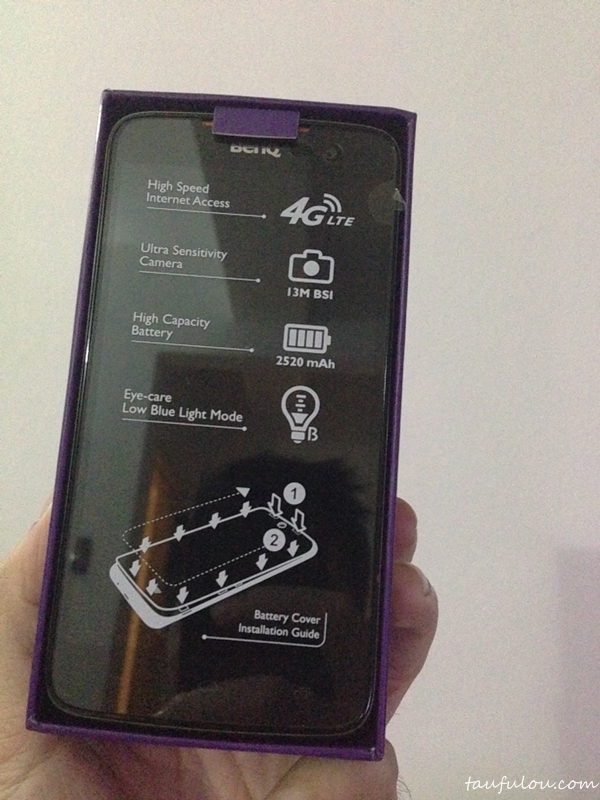 While unboxing the unit it does give me a good vibes as for such price range, I could not ask for more. 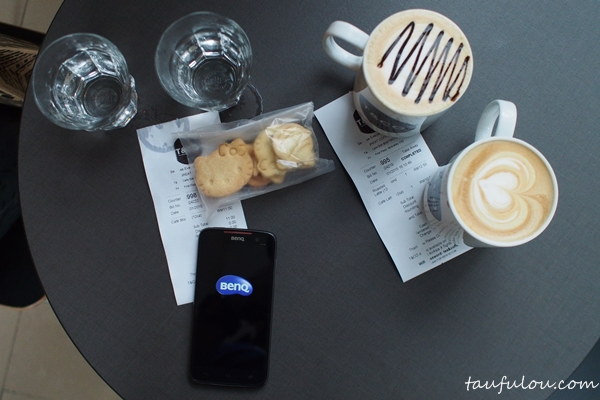 F5 is built with 1.2GHz Quad-Core Snapdragon 400 processor mated to 2GB of RAM and with 16GB built along which is rather impressive. If you find that you are a big fan of downloading stuff to the phone, then you have an option to expand storage up to an additional 64GB with a microSD card. 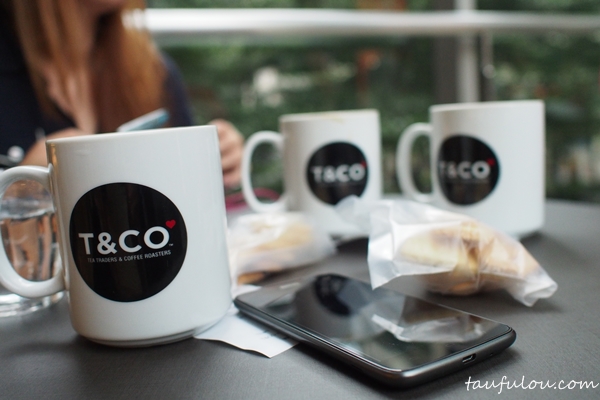 Love the size round edgy curve of it and for a phone size at 5 inch, its nice for my hand grip which is not too big yet perfectly fit. Screen has a 720p resolution with a pixel density of 294ppi (pixels per inch) enough to give you a pleasent view. . 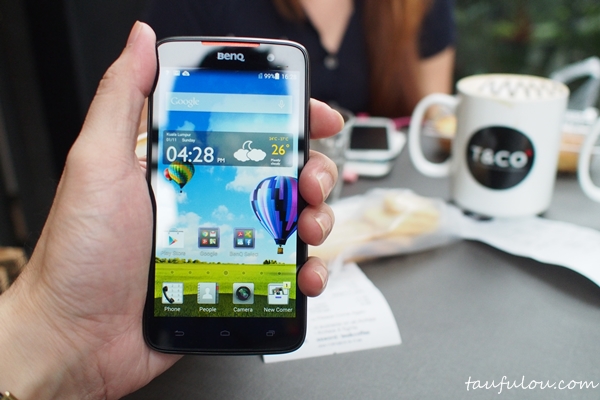 The 5-inch 720p IPS display pushes (295ppi) which is more than enough to give you a pleasant viewing experience and also weighs 135g. Those who rely high speed data, then F5 allows you to do so as its with 4G LTE.

Then quickly I turn to their 13-megapixel camera on the back and start snapping my evening coffee as it is build with Sony Exmor sensor which was told by my friend, they have pretty good low-light performance, as lens has a wider aperture of f/2.2.

First shot as below turns out to be pretty good. 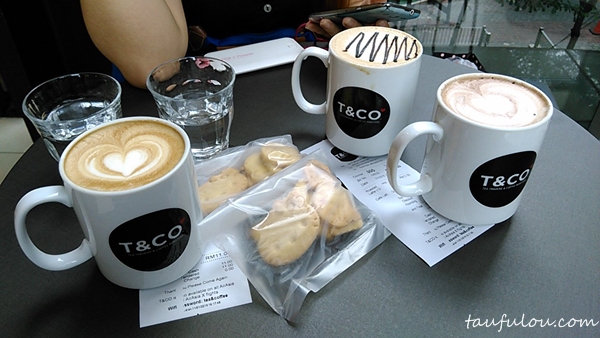 Then I took this phone as my second phone with me as my quick weekend gateaway last year, especially to try out on the camera.

When shooting outdoors on a sunny day, the camera performed very well. For shooting in low-light areas, you have two options — Ultra Sensitivity or High ISO mode. 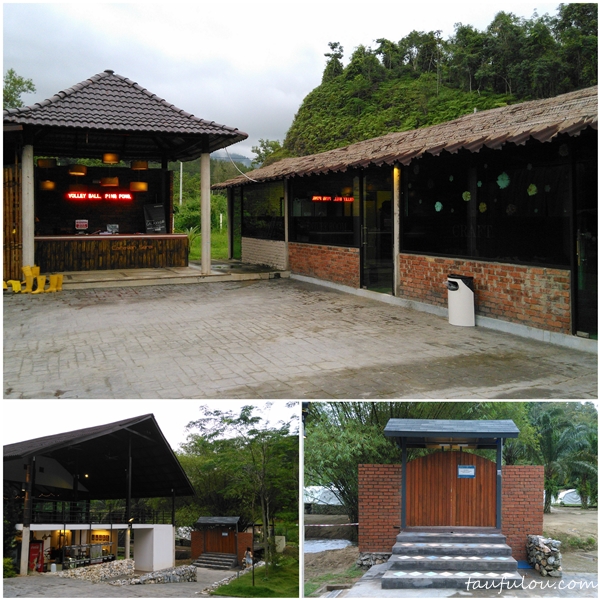 Day time shot, the phone totally have no problem on taking any of the scene or item. Even on texture base area turns out to be impressive like below: 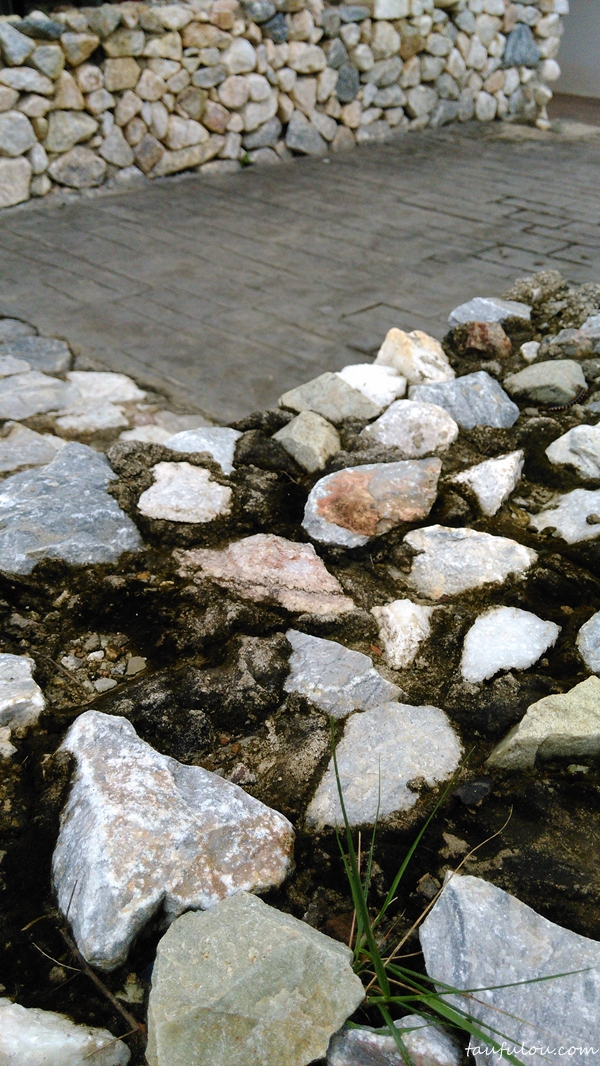 When comes to night, was told to try out as there are 2 mode. On the left is with Ultra Sensitivity as the pictures shot in this mode generally turned good and better than some other smartphone cameras that I have tried before.. Then next shot are shot with flash. As usual it did over expose a little. 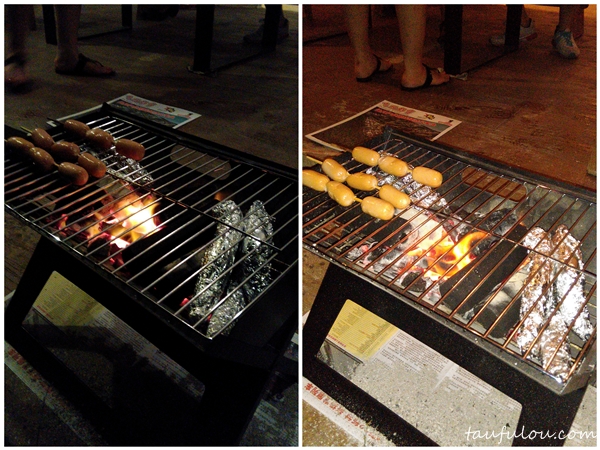 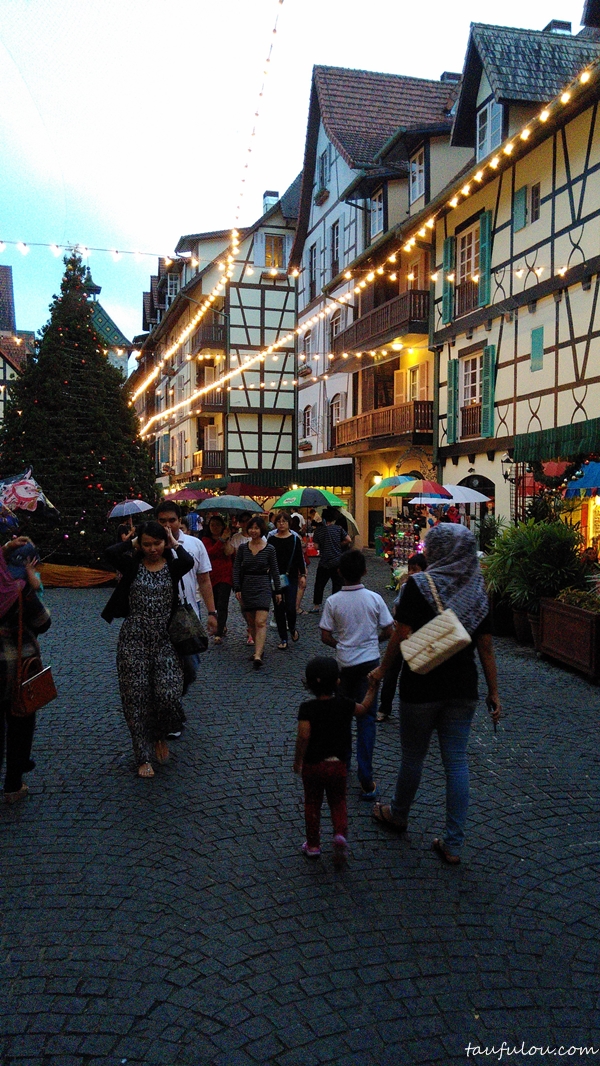 Then I took the phone to another challenge which is the evening shot at Bukit Tinggi. Turns out to be rather impressive as both pictures above and below are unedited. 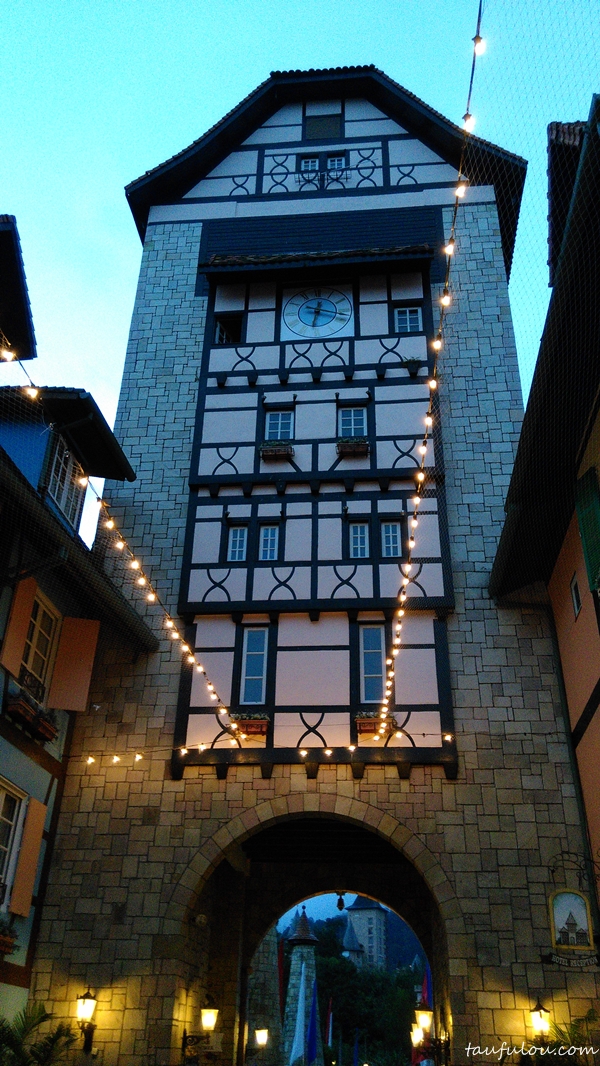 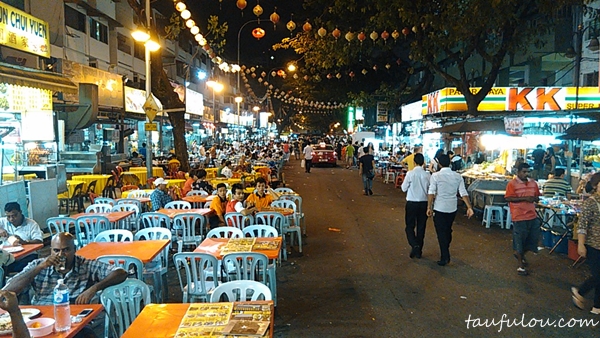 Being food blogger myself, of course night scene and shot is rather important to me as most of the time I usually dine outside and this is the night scene mode that I chose to shoot along. Slightly grainy as its under mode of “High ISO”. 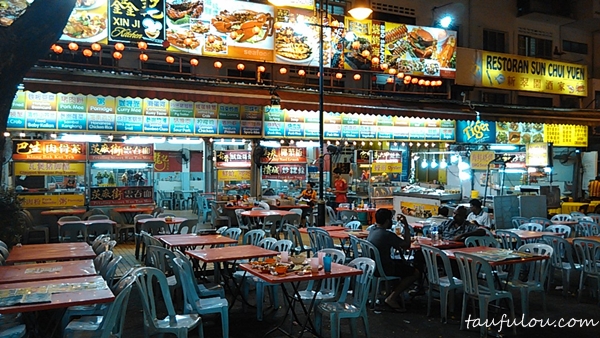 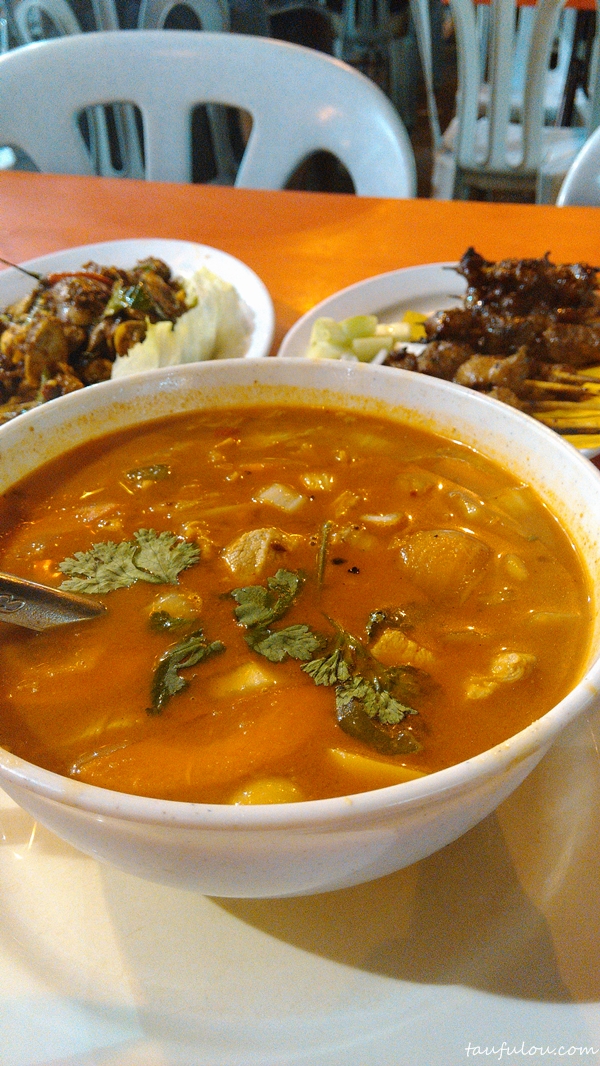 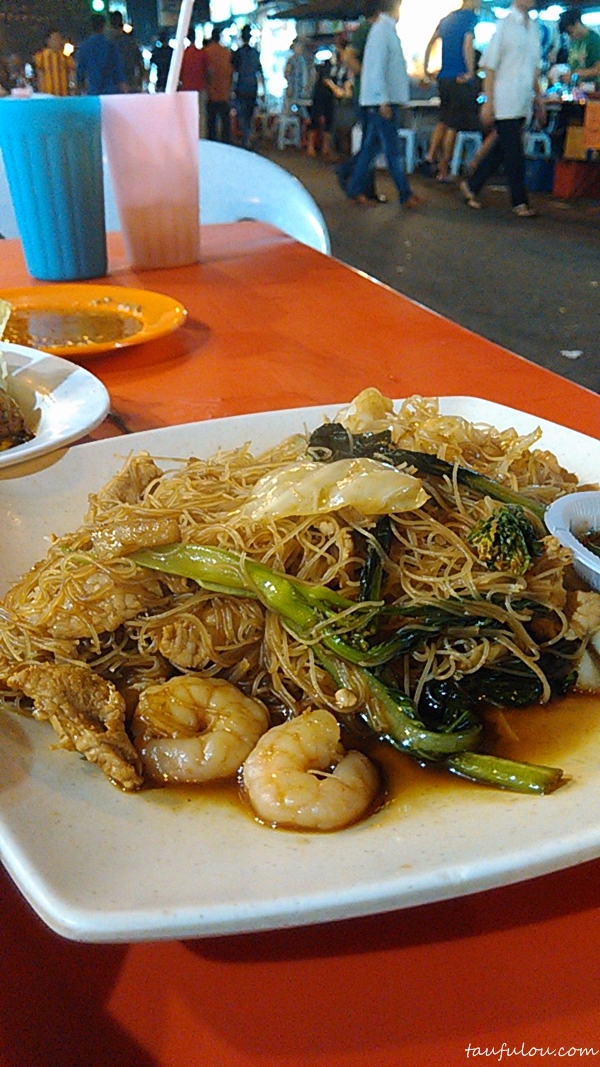 Last but not lease, the camera also offers other modes such as HDR, panorama and burst.

Recently I have also have this habits of looking over smartphone, reading some news before putting my phone away in dark room. One function turns out to be useful is F5 incorporates a unique “Low Blue Light Feature” that reduces the amount of blue light produced by the display which in turn helps reduce eye strain during prolonged viewing.

For such a phone at the price of RM 799, I would say its a great bargain, build in with 2,520mAh battery and set back is not removable. (Standby time for my side is estimated 60 hours)