Human have few main elements with eyes to see, nose to smell, mouth to taste and ears to listen. Two main things that can make a person face expression change quite drastic is smell and taste. Therefore, this product Ambi Pur is here today to solve one of the problem for smell. Try to imagine, when you are entering into a sardin pack LRT and with maciam maciam smell in there, what are you going to do for your journey or walking into a smelly public toilet by holding your breath? I do that sometimes if the smell is too strong! 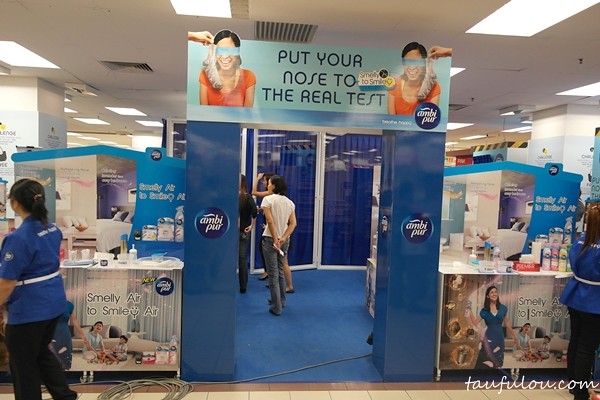 On the recent Ambi Pur Survey base on findings in Malaysia, 87% felt it is their social responsibility to help fix unpleasant smelling area, yet many do not know how to actively contribute to tackle such problem. Most of us will do by reaching an air freshener or walk away to avoid those smell. 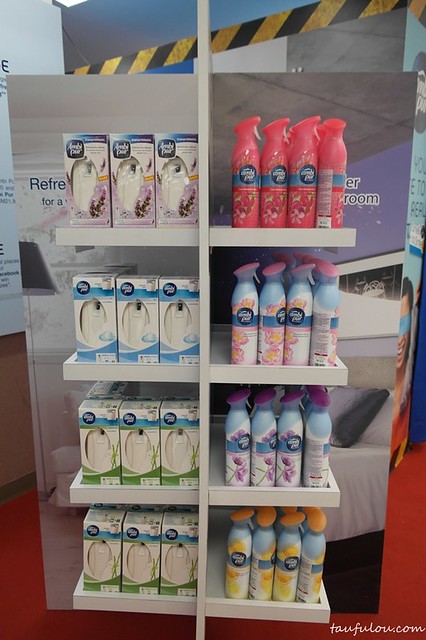 As for this round, Ambi Pur have launched their new campaign, Smell to Smiley which is to taclke problem of bad odor . What we need to do is just by logging on into their FB app – Facebook.com/ambipurMY to VOTE for the worst bad public area that need major attention, top 5 most voted by public at the end of the campaign, Ambi Pur Team will march in to transform the place. The FAcebook App will run for the entire month of Oct and results will be announced in early November. The most active participation that results in the top 5, winner will walk away with Ipad Mini Each. 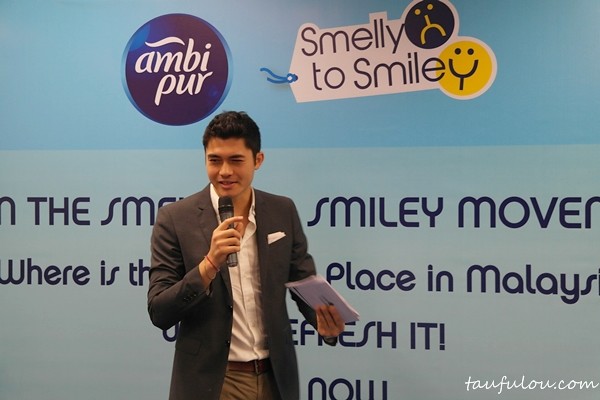 At the launching, Henry Golding is the official Emccee to host the event and with his great personality that make the event more lively. 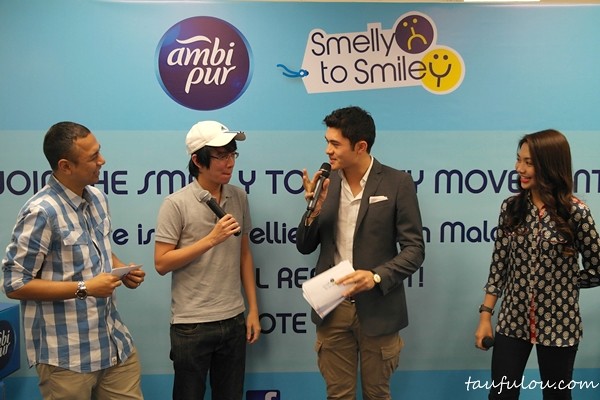 Right after that, they have invited Hafiz & Hani, will be in the road show across Malaysia to showcase how easy is it to turn a Smelly place into a Smiley Face and few questions were thrown to famous Youtuber Dan Khoo as one of the director for the campaign what he thinks about smell and bad odor in public places

Check out his Video with Ambi Pur #POTONGSTIM and #BANYAKSTIM 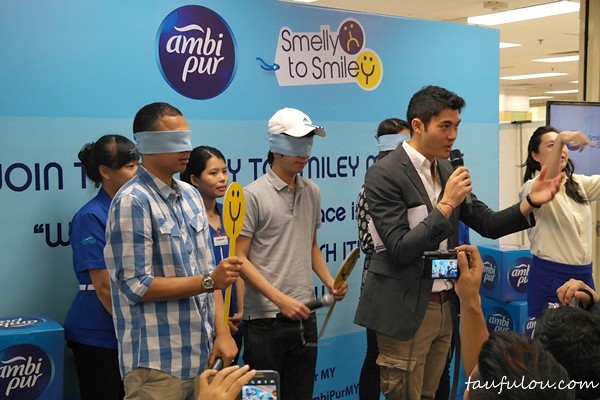 Right after that, they were blind folded and guided into a build up room that is filled with many dirty and smell items. 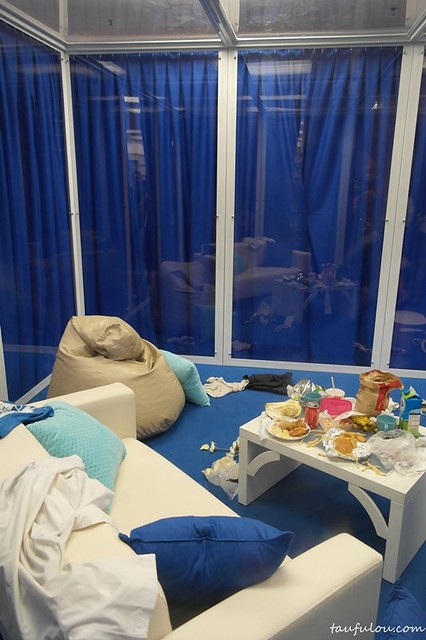 The room were then spray with Ambi Pur Freshener before they walk in. 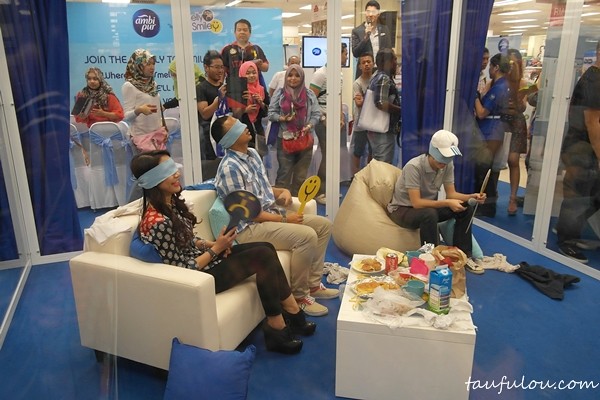 Without knowing where they are and the room is filled with what item, they were then question what can they small and if they smell is too hard to handle put a unhappy face and its still good put a smiley face. 3 of them put smiley face then they were ask to unfold their blindfold, and 3 of them were quite surpirse of what is filled in that room and the aroma of other items are not so visible. With the enhancement of Ambi Pur Refresher, it is 4x more strong and able to eliminate most of the bad odor. Durians and some other visible item were tested and its not as strong as it is suppose to be. 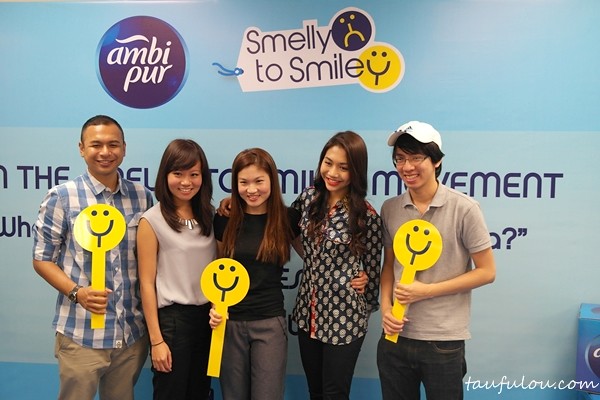 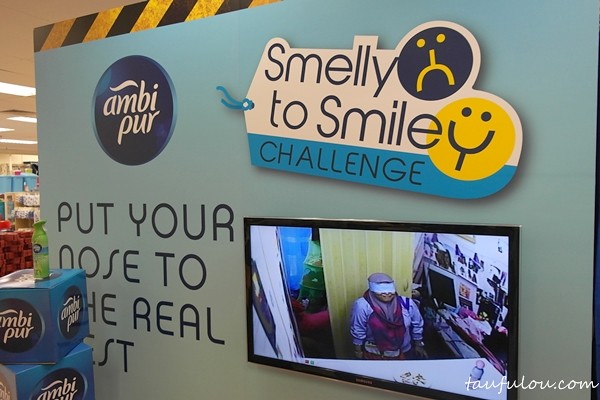 At this road show, we were able to try their product by being blind folded and walk into a room, then given a few items to smell before and after spare of the air freshener what do they smell after that. Good to try it yourself to see how strong your sensitivity of your nose to detect smell… 😀 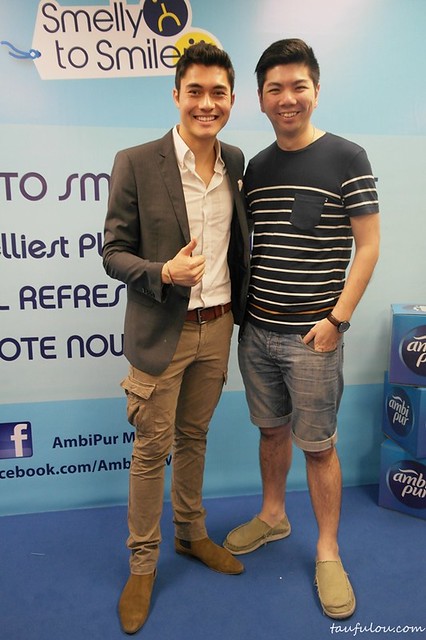 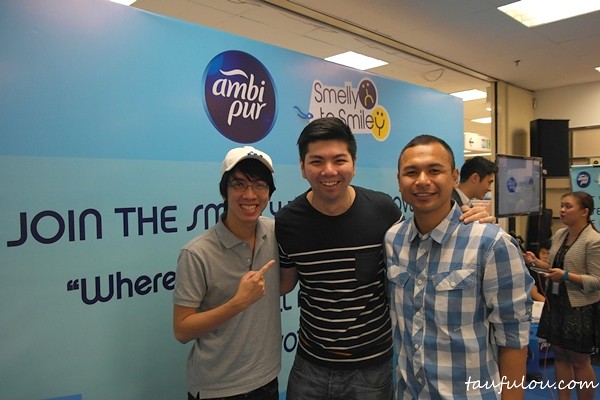 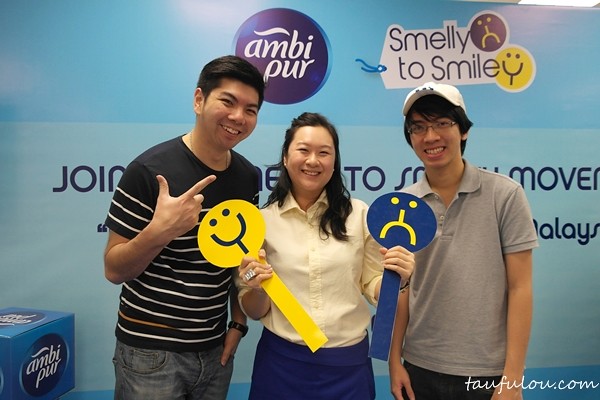 with Melissa and Dan 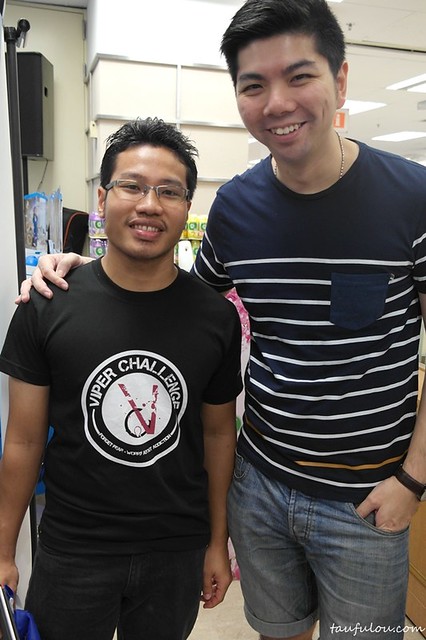 and my blogger friend that I havent seen him in ages as we attend different event. Check out his blog too.  Pernabekala