Badminton game is like one of a main sports in Malaysia. Many of our friends that do play this game weekly or monthly, at least I was playing once a week with the rest of my friend back in Penang. When comes to badminton competition, especially the major cup, most of you will be glued on your TV.

At the moment, Axiata Cup 2013 is running from 21st March to 14th April, especially with technology now days, all this information are just on your finger tips if you are a smartphone owner.

Axiata Cup is a regional badminton event, now in its second year, sponsored by the Axiata Group, one of Asia’s largest telecommunication companies. The Axiata Cup, featuring top players from around the world, is the richest badminton championship with USD1 million in prize money. The Axiata Cup will include 8 teams from ASEAN and Around the World. The championship is sanctioned by the Badminton Asian Confederation (BAC) and the Badminton World Federation (BWF), and organised by Total Sports Asia (TSA).

At the 7th Annual International Sports Event Management Awards 2012, Axiata Cup was awarded with the 1st place in the Event Marketing category as, with help of creative marketing campaigns and an innovative event format, it made its mark as a competitive addition within the sport of badminton and also helped to further promote the sport.

In 2013, Axiata Cup is taking the sports of Badminton onto a whole new level, as we will be embarking into digital campaigns to further spread the news and action of the competition. Social media will play an integral role in the promotion of the sport, as there will be various exciting and fun activities for fans to be involved in on Facebook, Twitter and YouTube. As part of our commitment to the digital platform, Axiata Cup will also be the first to use the innovative virtual branding at all Axiata Cup matches. 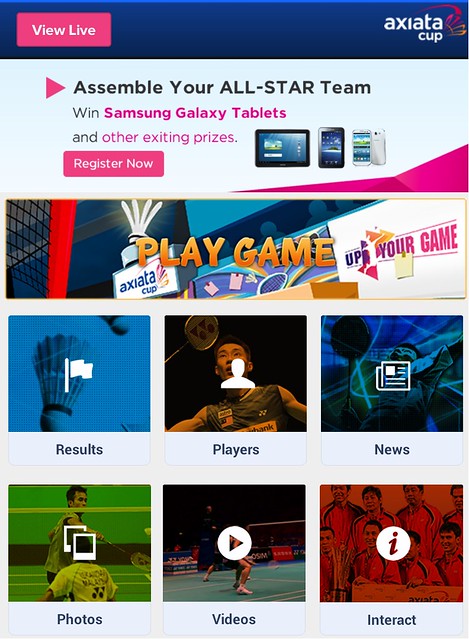 Good news is that, we can follow on the competition at our smartphone as they have develop the app for most of the platform,

On the app main menu you can see all the tab and follow on the competition closely. News that updated so fast that its near like live telecast with results on the game. 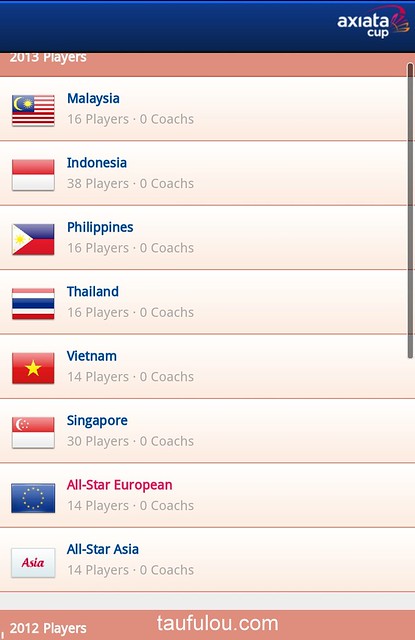 I tab on background and it brings me to another main list whereby listed in country and further tab on it, it will link you to the players. 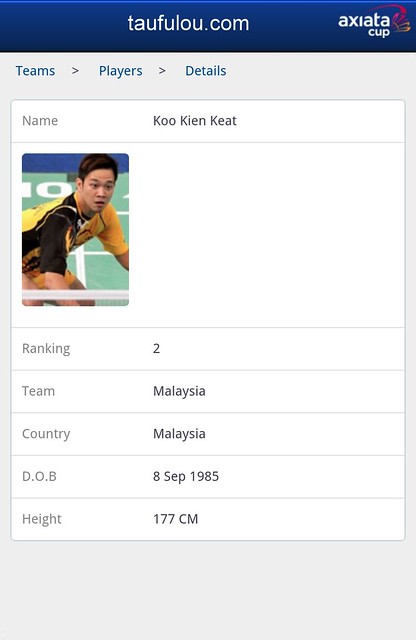 Then you can get to know the players more detail with a little of their background. 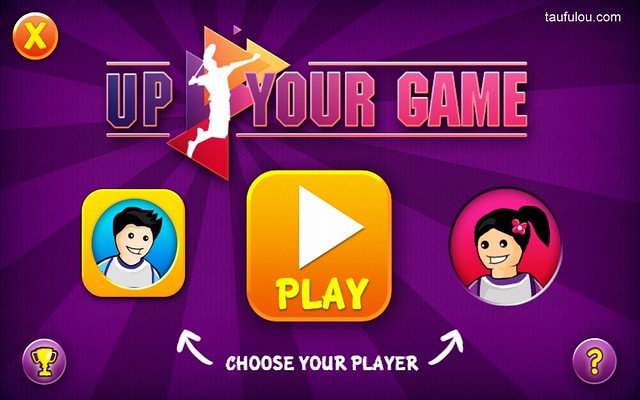 To kill some of your time, click on their game section then you get to choose male or female. 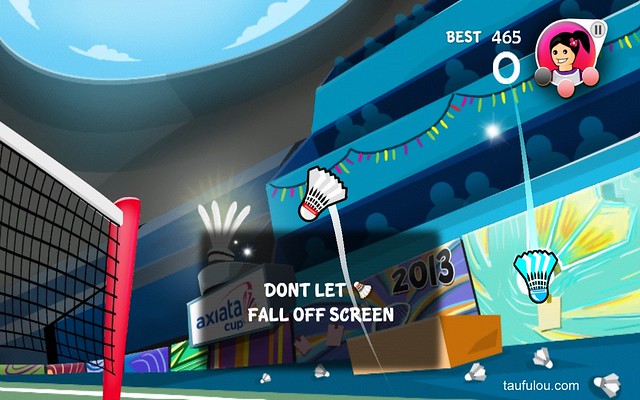 The game is pretty straight forward as the shuttercock falling from random corner then hit it to bounce on the net, the more times you bounce on it, the more points and the colour will change, then only hit over side of the net to gain maximum points.

Along the way, when you are controlling more shutter beware of the bomb. Its an interesting game that test on your reflex, just like you are playing badminton . .:D

You can download the app as below and have fun: