As we were very hungry when we arrive, we headed to next door for a quick fix and it was satisfying with a great start of coffee and waffle (click here). Then we slowly stroll to the main entrance and snap a few pictures and we still have quite a lot of time , then we decided to check out inside the palace as the main event here is the Guard Changing Ceremony. 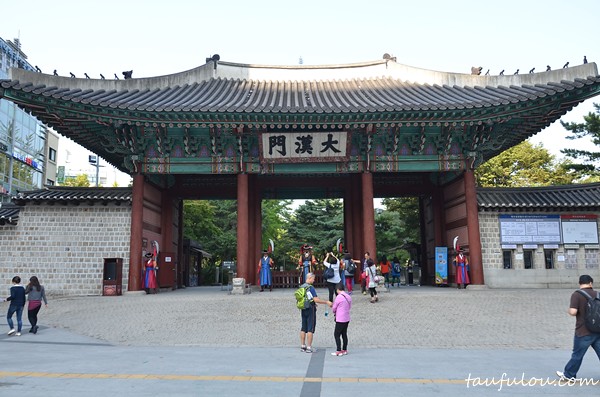 Deoksugung Palace has held a guard-changing ceremony since 1996 after thorough historical research by leading historians. The ceremony, which is held in front of the Daehanmun Gate of Deoksugung Palace, is a tradition similar to the Changing of the Guards at Buckingham Palace and offers a rare opportunity to experience royal culture. The royal gate is opened and closed at pre-determined times, and the gatekeepers in charge of guard duty and patrols hold a shift ceremony three times a day. (source from Visit Korea)

Deoksugung, also known as Gyeongun-gung, Deoksugung Palace, or Deoksu Palace, is a walled compound of palaces in Seoul that was inhabited by various Korean royalties until the colonial period around the turn of the 20th century. It is one of the “Five Grand Palaces” built by the kings of the Joseon Dynasty. The buildings are of varying construction, including some of natural cryptomeria wood[citation needed]), painted wood, and stucco. Some buildings were built in Western style.  [source from Wikipedia] 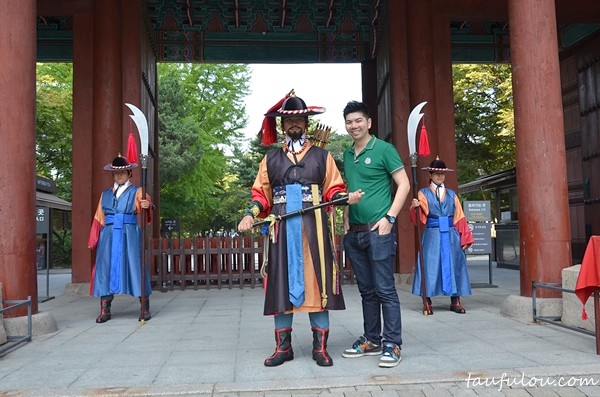 right before the show, there will be a few emperor guards standing outside the area and you can take picture freely with them. Best is not to touch them. 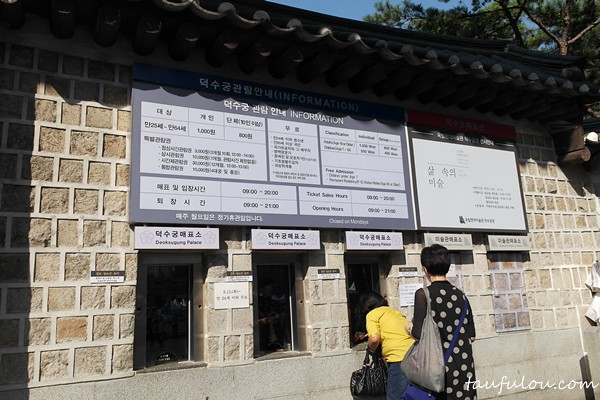 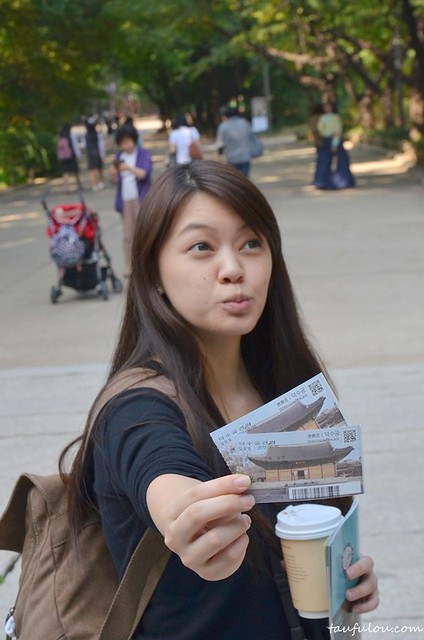 Lets go for a stroll inside and see how it looks like as seen in the map, its not a huge palace. 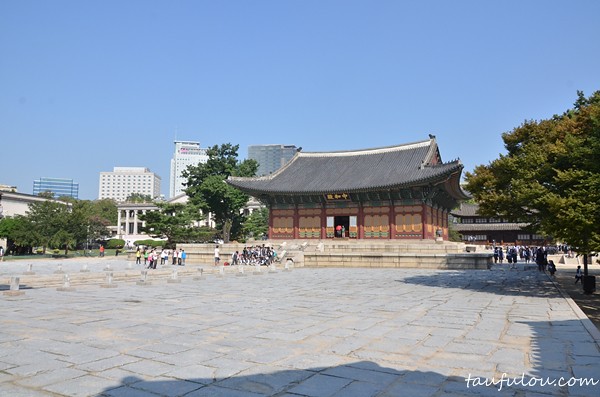 Deoksugung was originally the residence of Prince Wolsan, the older brother of King Seongjong. This residence became a royal ‘palace’ during the Imjin war after all of the other palaces were burned in 1592 during the Imjin wars. King Seonjo was the first Joseon king to reside at the palace. King Gwanghaegun was crowned in this palace in 1608, and renamed it Gyeongun-gung (경운궁, 慶運宮) in 1611. After the official palace was moved to the rebuilt Changdeokgung in 1618, it was used as an auxiliary palace for 270 years and was renamed Seogung (West Palace).

In 1897, after the incident when Emperor Gojong took refuge in the Russian legation, he returned to this place and named it Gyeongungung again. Expansion of the facility followed after his return. After Emperor Gojong abdicated the throne to Emperor Sunjong, he continued to live in this palace. The palace was then renamed Deoksugung, as a reference to a wish for longevity of Emperor Gojong. Emperor Gojong died in Hamnyeongjeon. [source from Wikipedia] 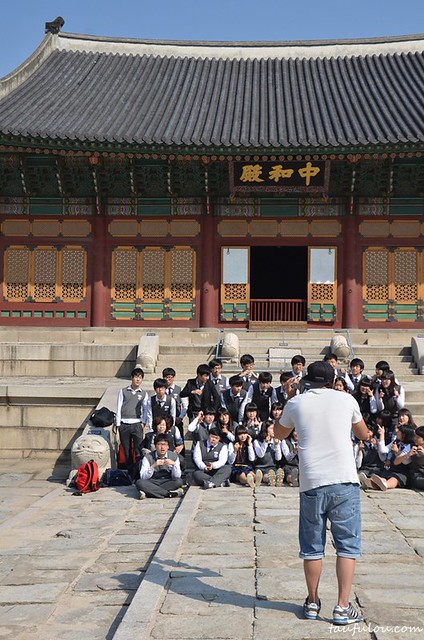 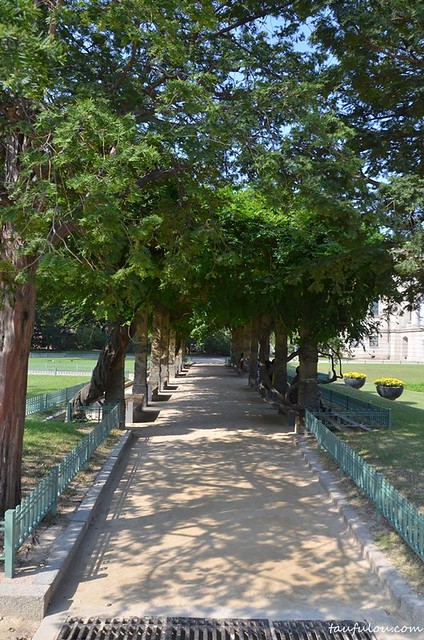 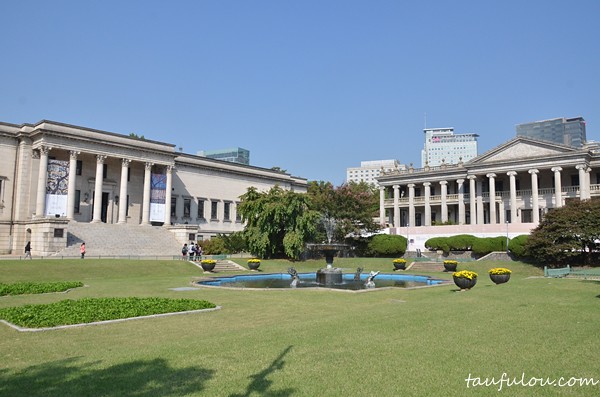 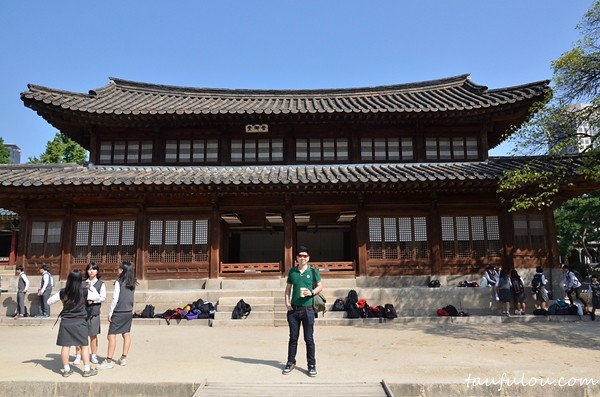 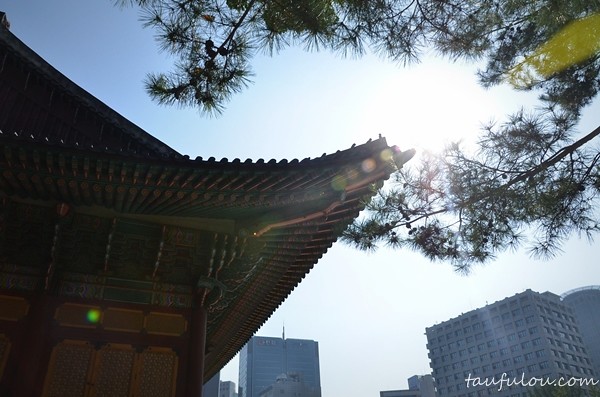 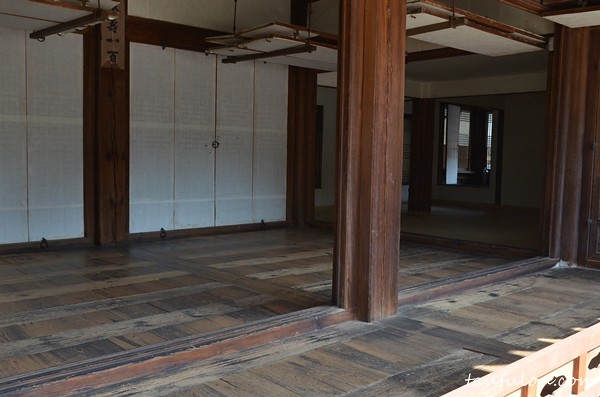 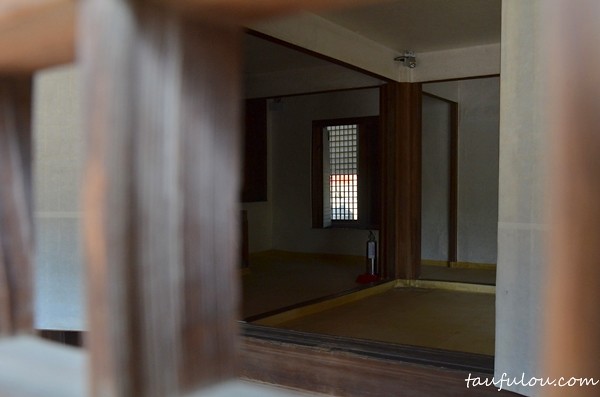 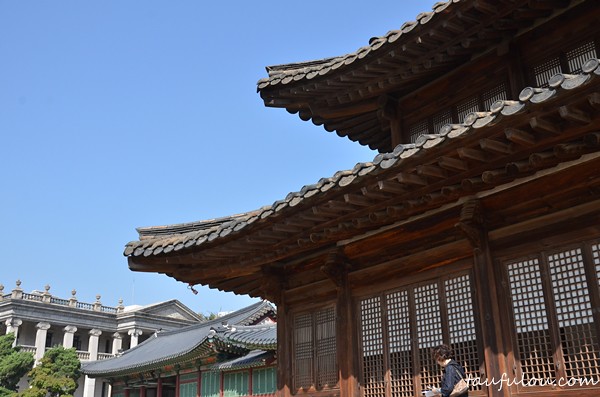 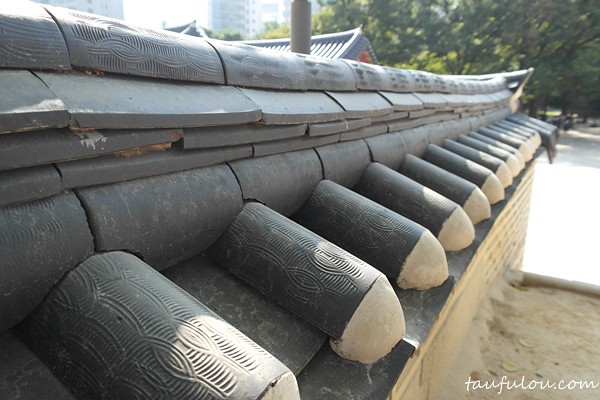 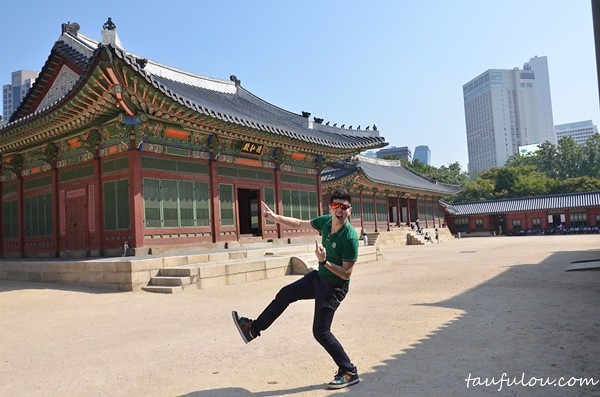 Love how the whole structure being preserve with the details of it and its quite impressive, as it was 11am and we quickly head outside to check out on the guard changing. 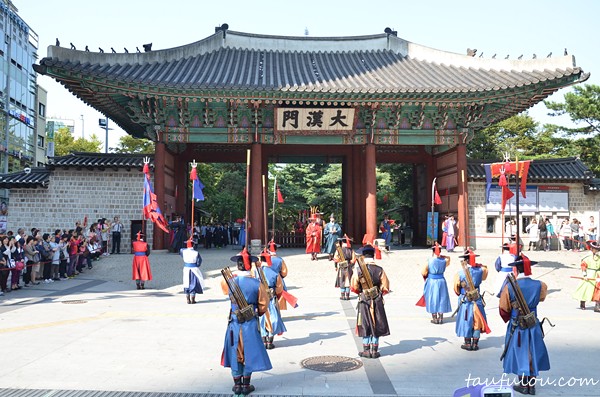 If you are in the area early, its a highly recommended place to visit especially for tourist like us as its being recommended by many travel bloggers too. This ceremony is happening right at the main entrance in front of Daehanmun Gate at Deoksugung Palace and estimated to last about 30 minutes. Its being done 3 times a day  (11:00 / 14:00 / 15:30) . 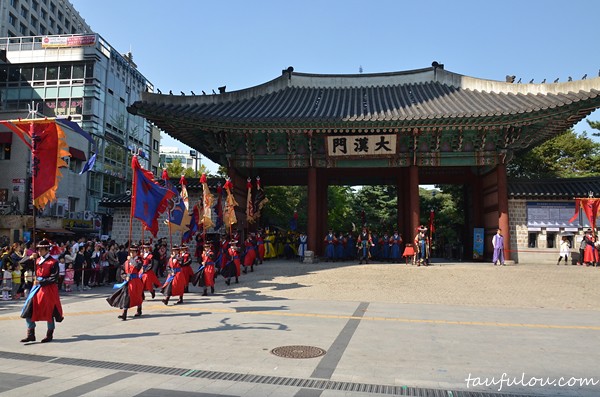 It will kick start with traditional musical instruments, and exchanges a password for verification then follow by changing ceremony and end with a patrol with beating of drums. 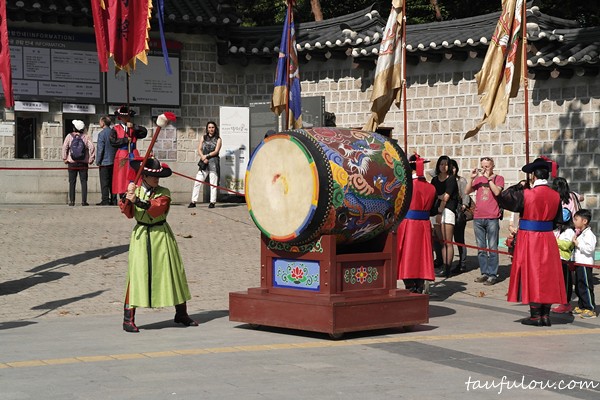 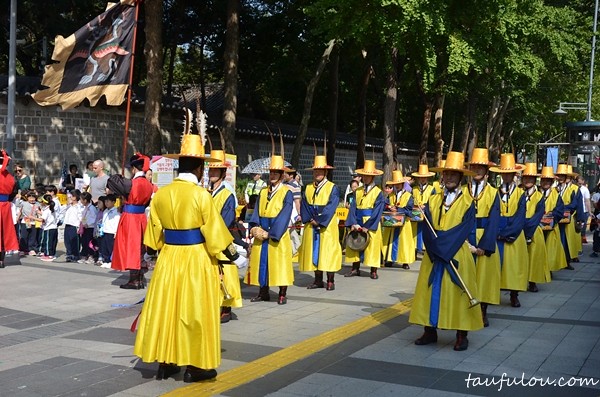 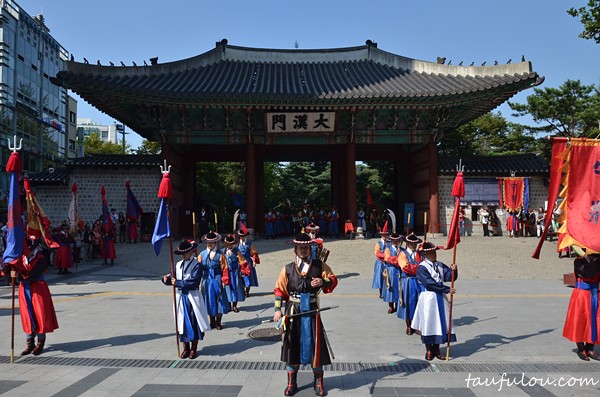 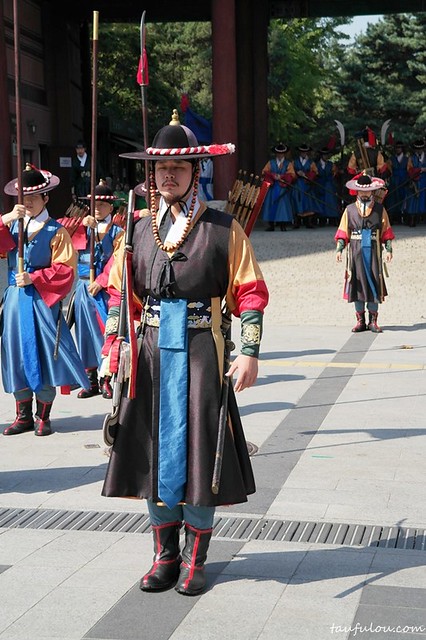 Right after the whole ceremony, its a picture session time for free. Do take it quick as you will be cramping with many other travelers to take the picture. 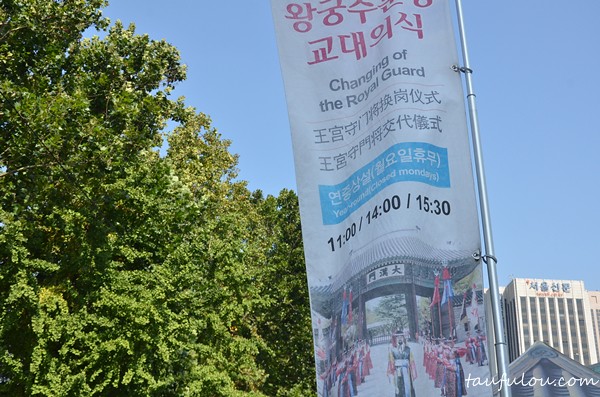 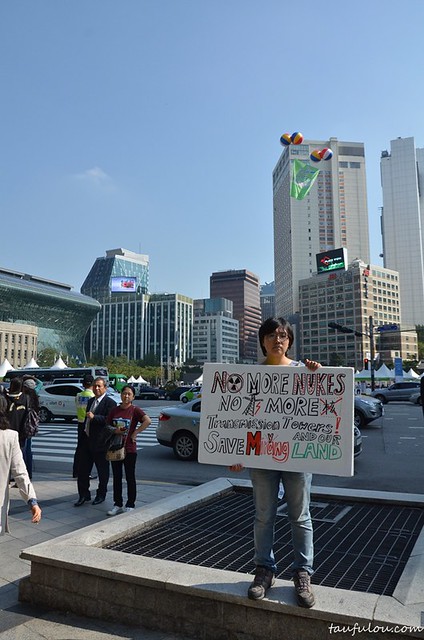 Right before we leave, we saw this lady putting this sign .. 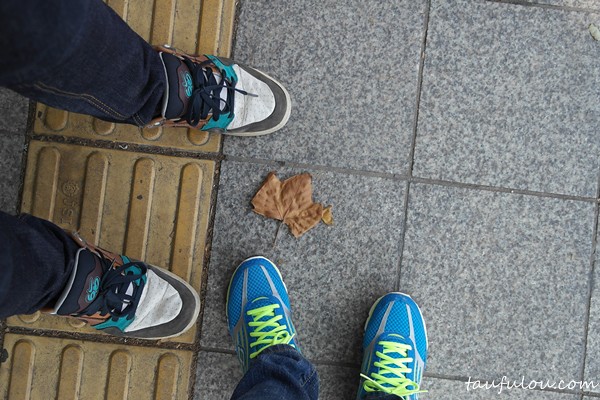 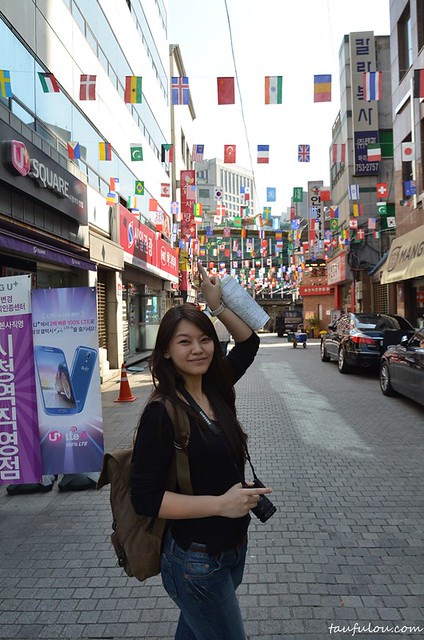 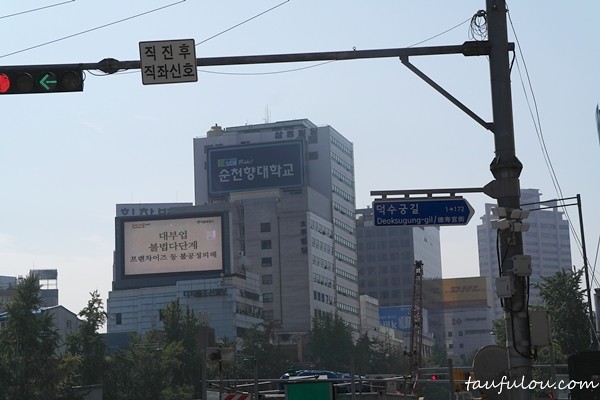 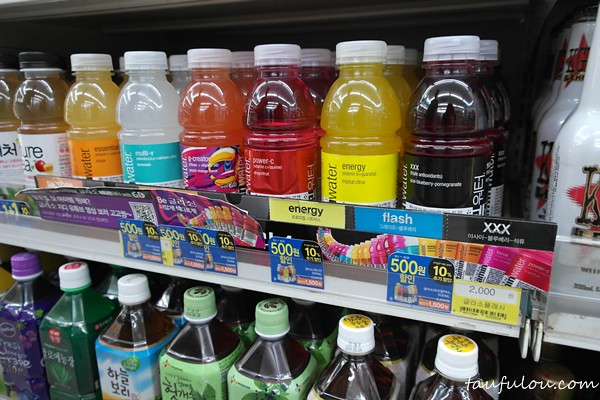 then we stop by at the convenient store to grab a drink and try this drink with its promotion. 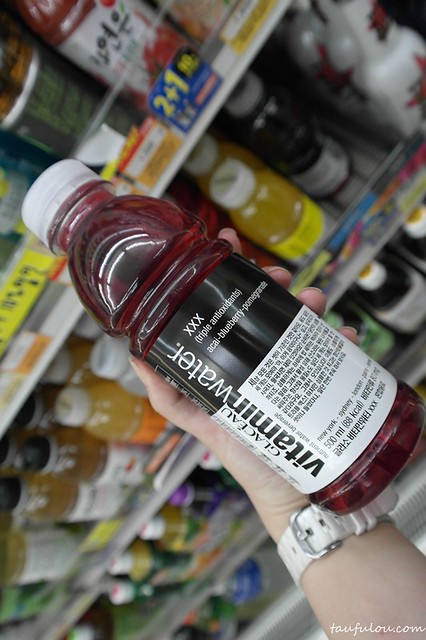 Pretty refreshing and nice, as this had been my next 2 day drinking water. 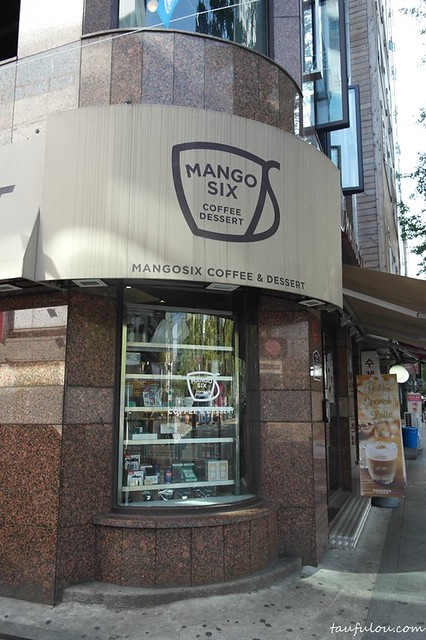 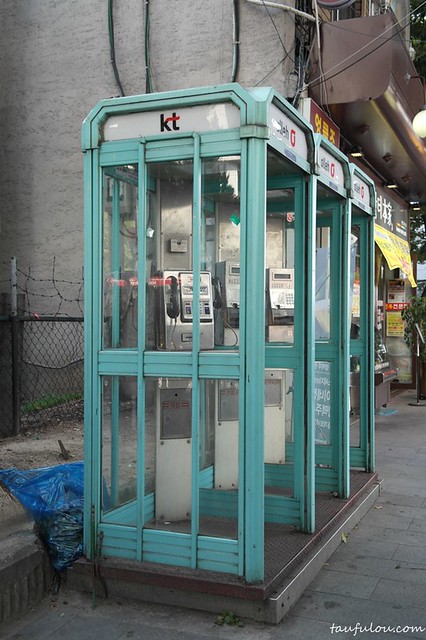 As overall visit, you can skip this palace as the main attraction here is for the Guard Changing Ceremony, then you either head to Myeogdong or to next update – Namdaemun Market (남대문 시장)

** The operating hours may vary by season, please check the details ahead of your visit.