If you all know, Singapore food industry had gear up a notch with their Michelin Star Guide with numerous eatery being awarded for that ratings even on street food. One of the food stalls known as Hawker Chan Hong Kong Soy Sauce Chicken Rice and noodle is known as the cheapest One Michelin Star rating in the world that located in Chinatown, Singapore 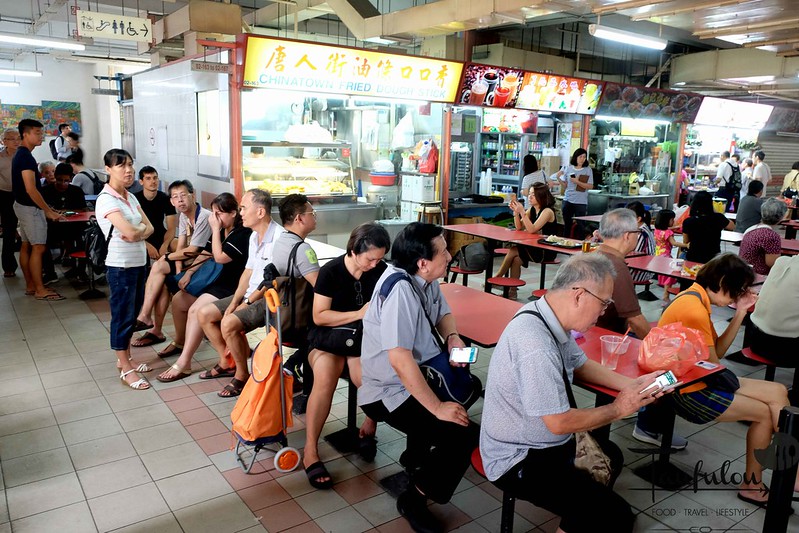 This stall had been awarded since 2016 and had been making waves around the region that attracted people queuing from near and far. Read up some article that Liao Fan Hong Kong Soya Chicken Rice & Noodles was already a well-known in this Chinatown Food Complex before being awarded. 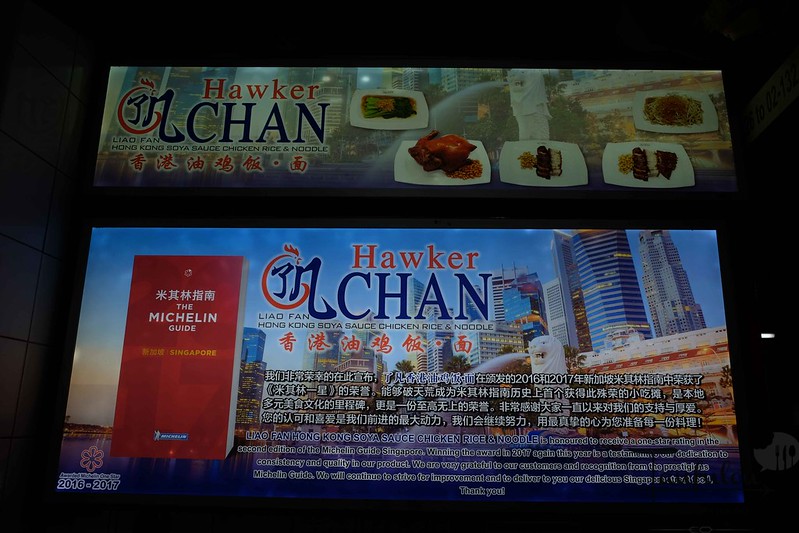 Well, some of you might ask why am I in his first stall not at his restaurant chain. As was told by my friend, quality in his first stall still remains near the same as it is, if were to compare to his air conditioned chained, the taste had dropped. 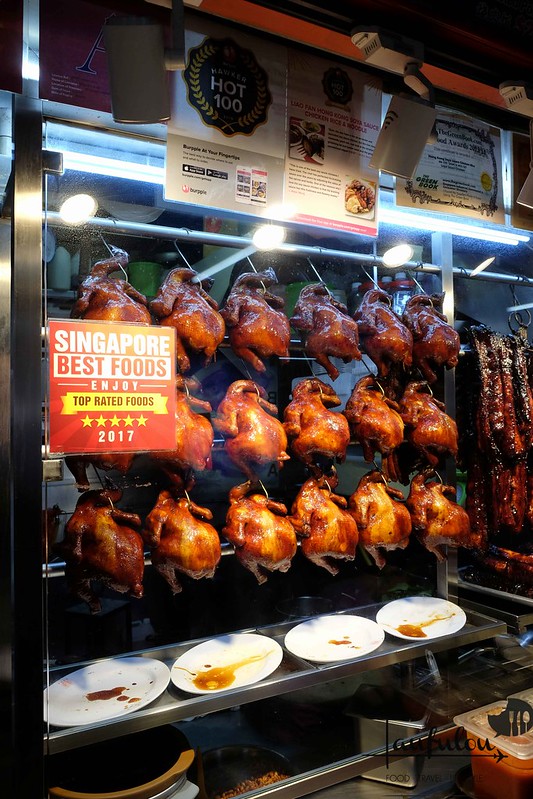 I thought they opened at 10am and I was there about 10.15 am. Quite number of people are already in the line as the first customer came at 9.45am. Just look at the glistering chicken being displayed and the colour of it. 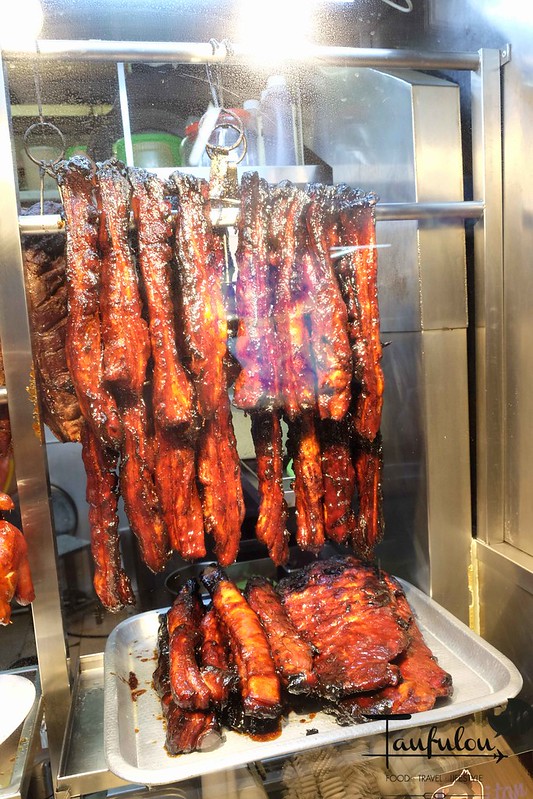 And thought that their “char Siew and siew yuk’ does look good too. 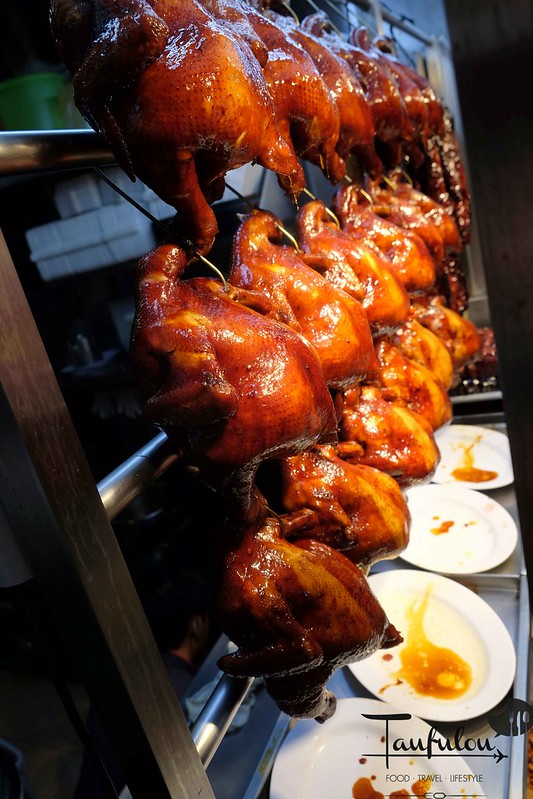 Each of the chicken are dripping with sauces as they are freshly taken out from the baking pot. 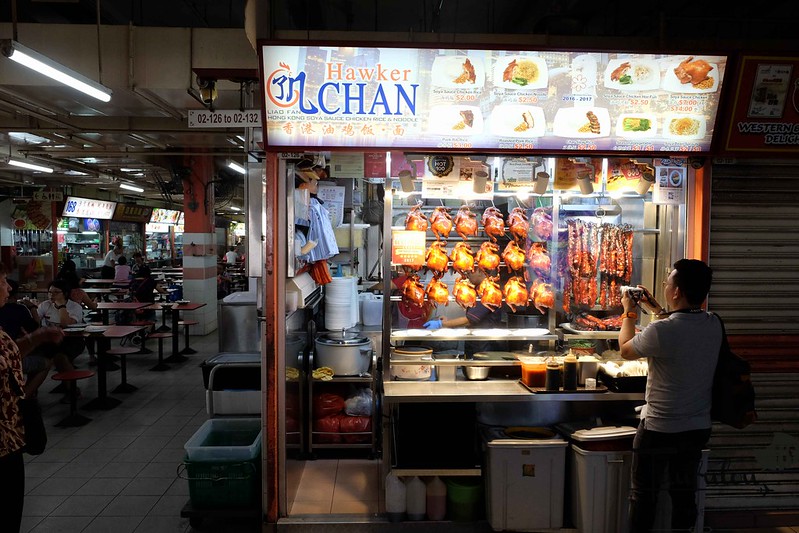 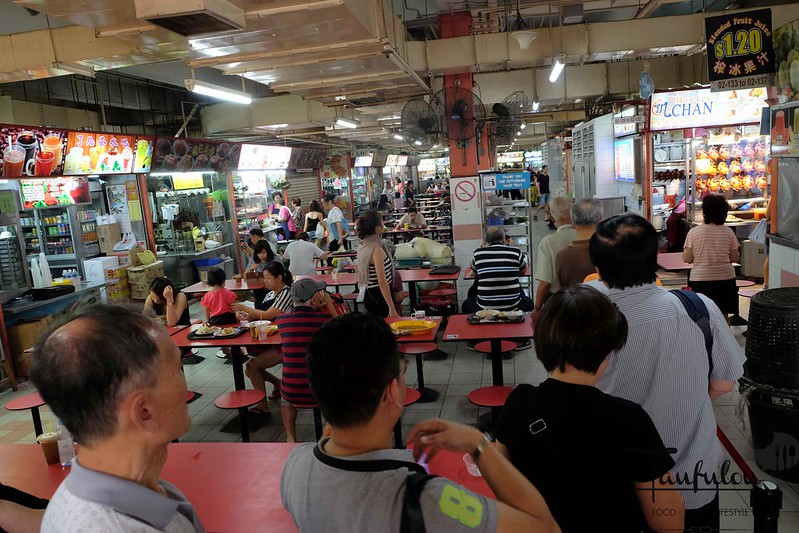 Average waiting time in the queue is about 30 minutes for weekdays and weekend will be more crazy as was told by one of the locals in the line, it can go as long as 90 – 120 minutes. 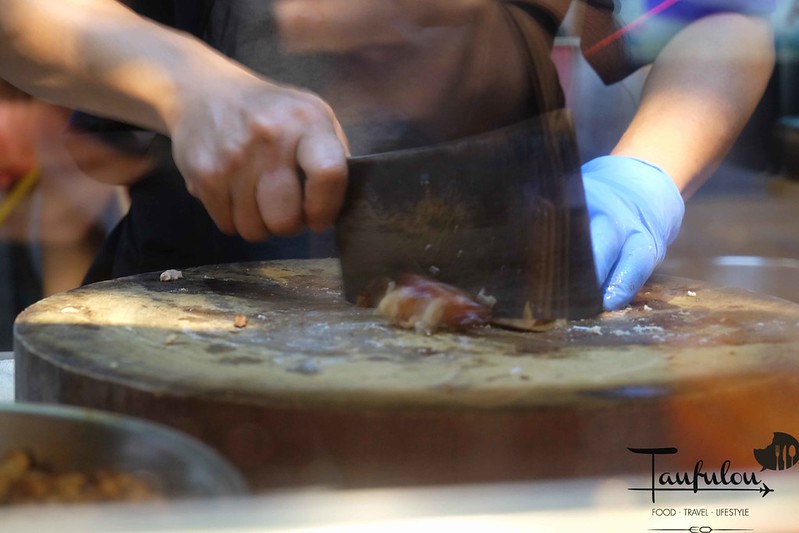 this is my 45 minutes wait of chicken rice. 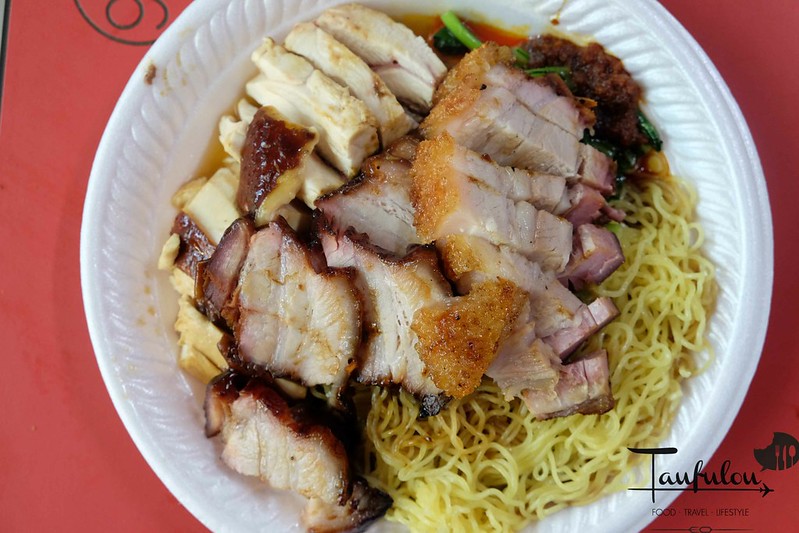 I ordered both starting off with Chicken Wan Tan noodle with add on Siew Yuk and Char Siew. The portion is quite overwhelming if were to compare to KL and the thick cut of it is pretty generous. To my surprise this big plate with full ingredient is only at SGD 5. (not to convert). I was like a happy kid when the auntie handed me this plate. 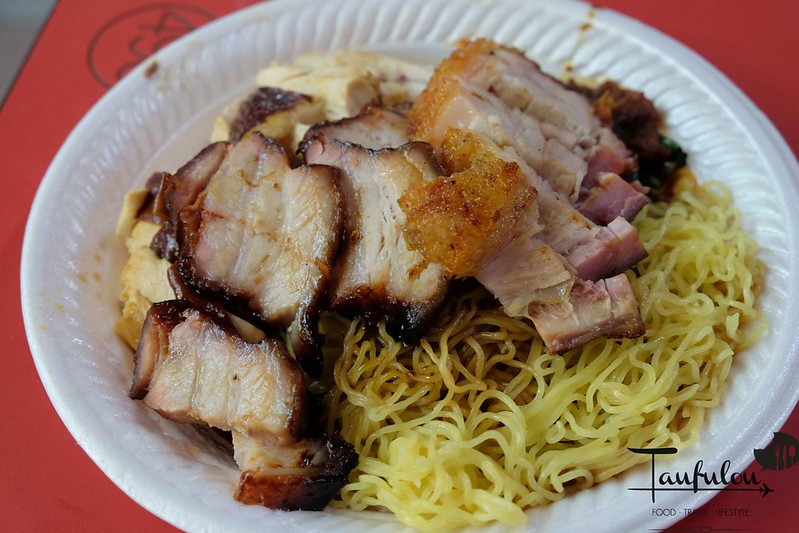 The cut of the meat were pretty good, as fats are even, char siew is decent flavour with slightly caramelise on the top of it. Siew Yuk is not the best but with light crips on the skin, mild saltiness of the meat and even fats in between is just perfect.  Wan Tan Noodle is alright, as I felt it is slightly overcook. Taste of the thick soy sauce is the magic behind the noodle to enhance the flavour of it.

Certainly no complain at all for a portion like this over in Singapore. I am not too sure how much does a plate of food cost there, but certainly a great value (comparing and referring back to KL). 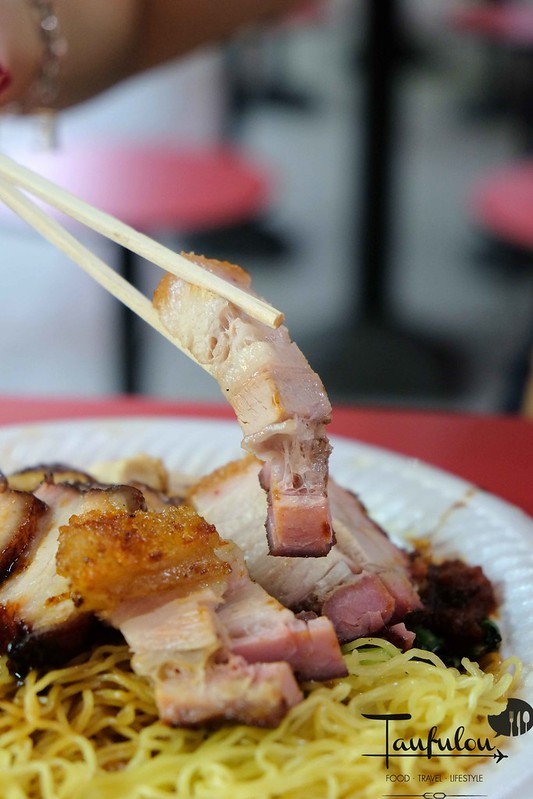 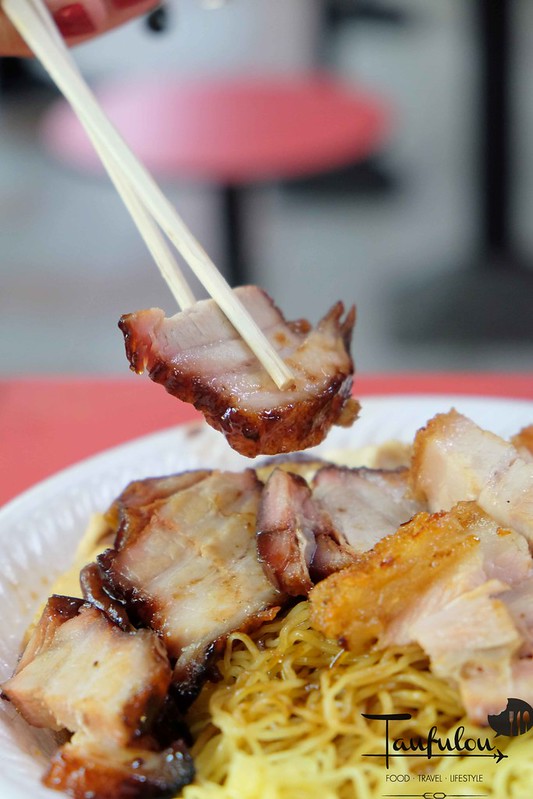 If were to compare back to KL, I would say it is different type of Wan Tan noodle flavour. Cant be compared as this dish have its own uniqueness taste profile. 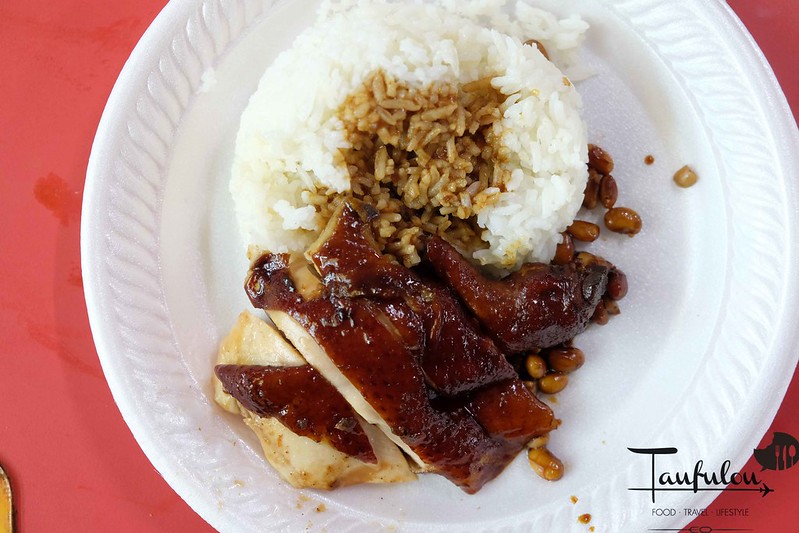 this is Hawker Chan signature Chicken rice. Normal portion is SGD 2 which I asked for Drumstick, it is added on SGD 0.50. Portion is similiar to KL size but just look at the colour of the skin, glistering and shinny. Chicken meat is smooth in texture. 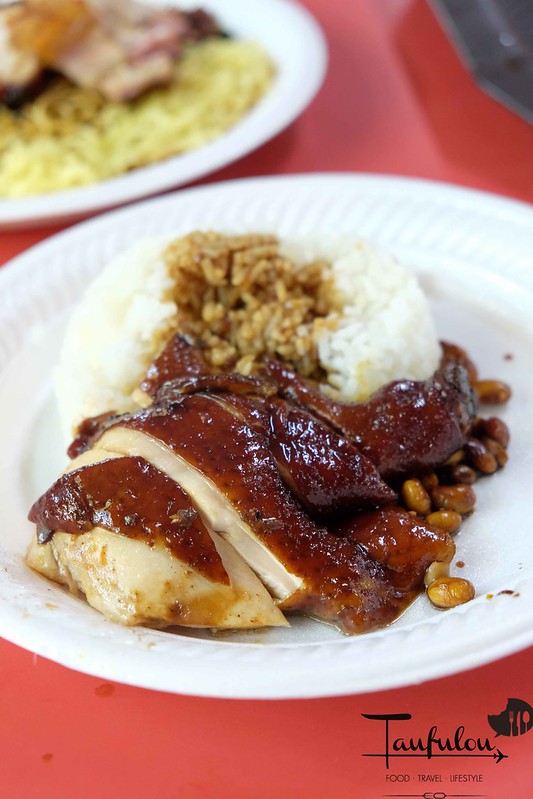 The smell of it is quite fragrant with its sauce as I know the specialty of this dish is the sauce and chicken. Love the thick soy sauce flavour is slightly sweet to my liking. Skin is mild salty, roasted and sweet ending. Chicken meat is perfect as it is so soft and smooth. The cut of chicken in size is pretty spot on and in decent size too. 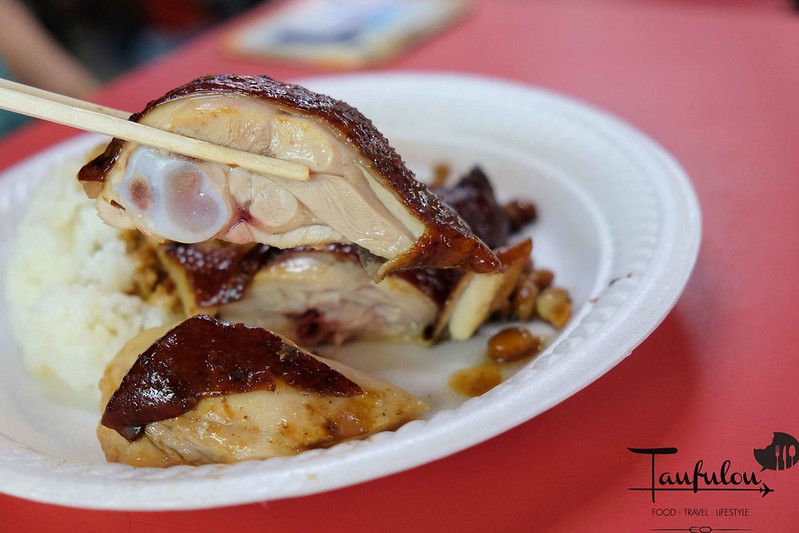 for SGD 2.50 chicken rice, I certainly have no complain at all if were to complain in price point and also One Michelin Star ratings which makes them the cheapest Michelin Star food int he world. 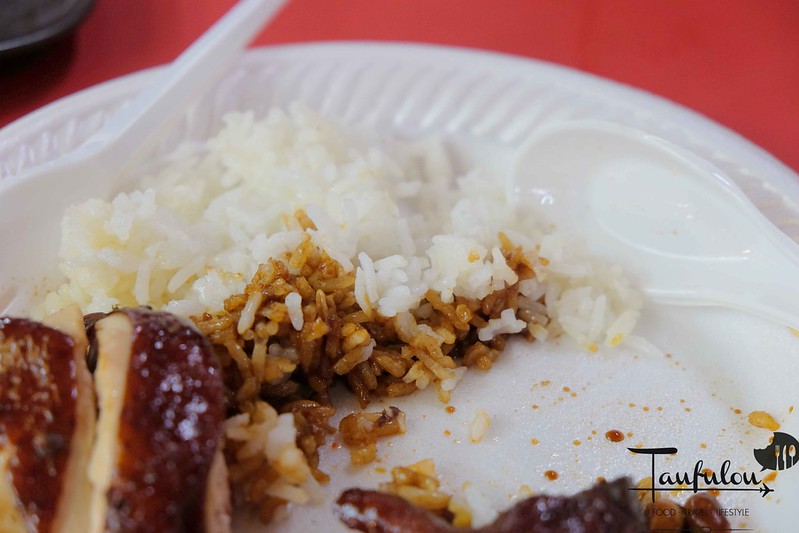 Before finishing my meal, I went up to add on the thick soy sauce gravy. 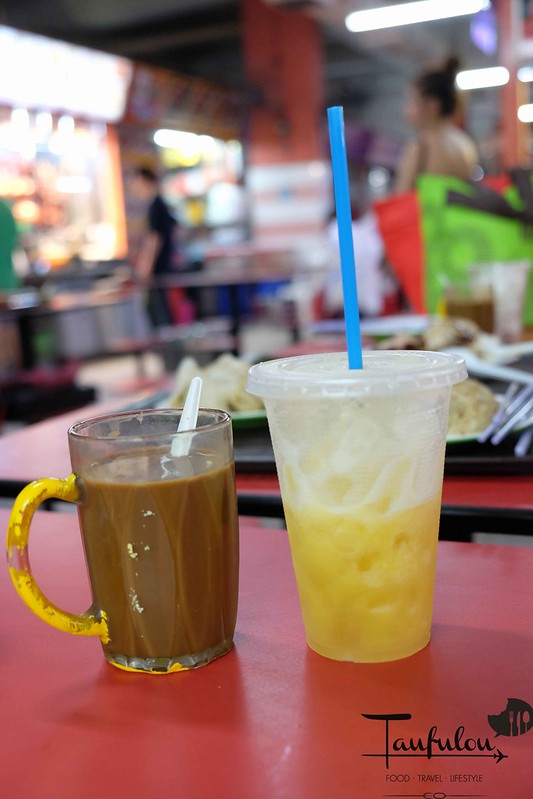 Drinks in the food court are cheap too. SGD 1 for coffee and SGD 1.20 for my fresh pineapple juice. 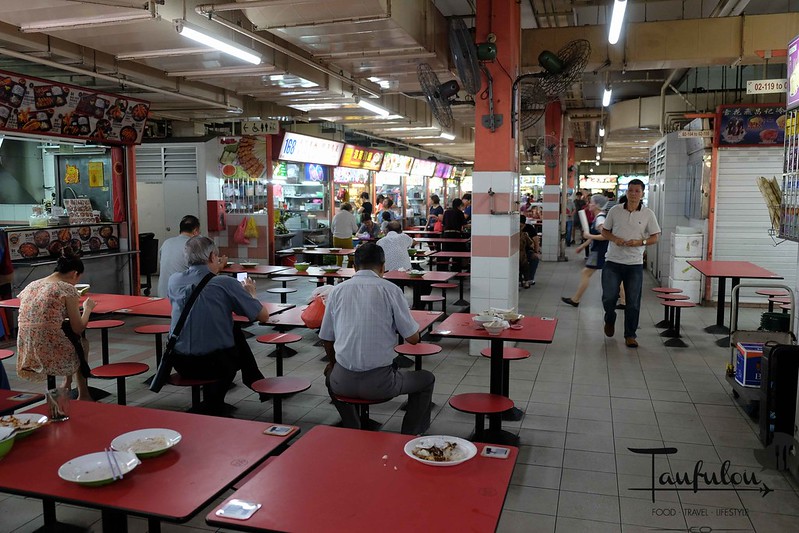 If you are here, do prepare to queue and get sweaty along the queue .  Gets pretty warm as it hits noon. 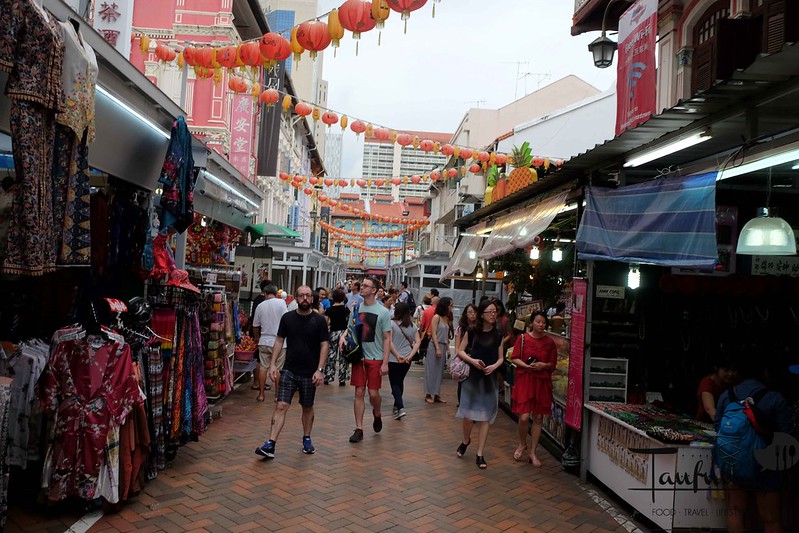 China town MRT exit A,
First turning on your right.
Walk straight till you see this building,  Chinatown Food Complex. it is at level 2. Look for store #02-126 (located far behind from this entrance) 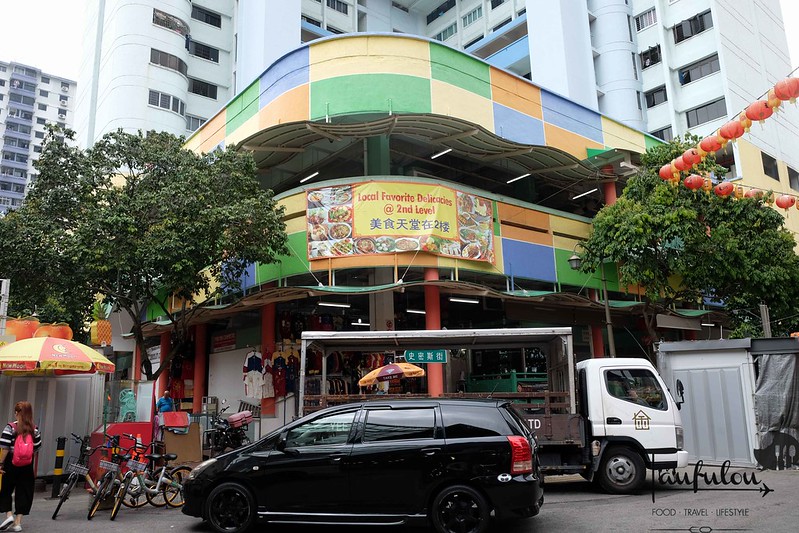 Will I introduce to all of you, yes. Do give it a try as I do not mind to come back again to queue for it. The quality of it is pretty much the same when he did a pop up event with Tiger Beer in Malaysia (read here). Hence I came here to check it out.

Food rating 8.5/10 , quite like it base on the price and rating. Recommended to try at least once -Stamped- 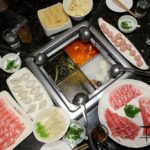