Hehe, for this post my blog is side track abit. Olivia Ong – Waiting ( 等等 ) Promo Tour in Malaysia

When I got invited to Olivia Ong new Single release, I invited my friend along too and she said, heh, Olivia have not been realising any new songs for the past 2 years. I said well, just follow me to this event then you will know she have new singles or album to launch. As over the past 2 weekend one of a pretty well known artist from Singapore Olivia Ong 王俪婷 is in Kuala Lumpur to promote her latest album Waiting over the weekend for a series of activities including her album press conference, 2 music showcase and she’s also performing for MyFM Radio Station Anniversary Celebration. 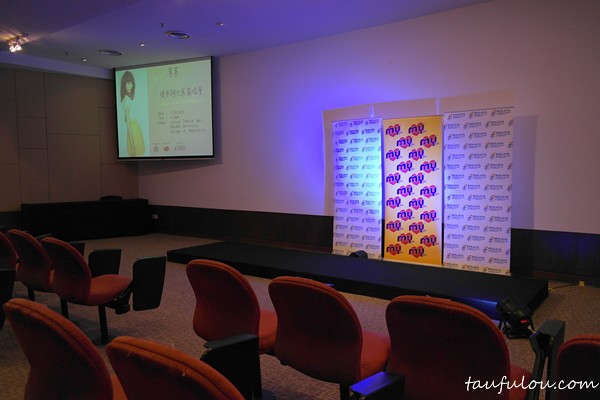 As we were there pretty early and get a good seat to see her in action. 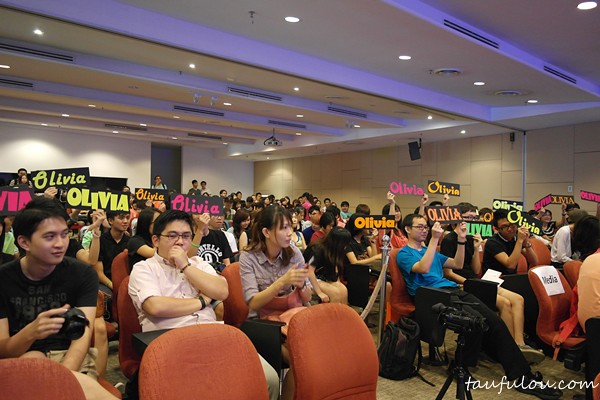 Many of her fans gear up to greet her. . 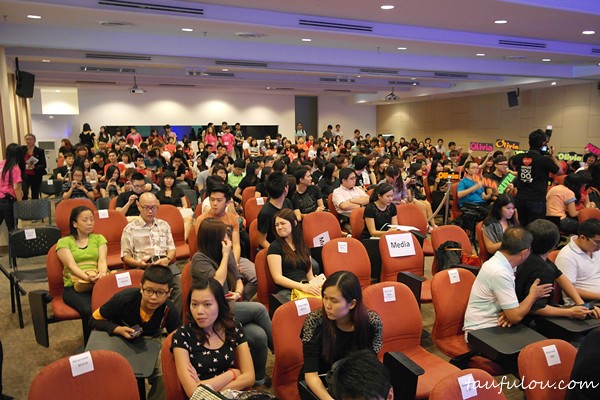 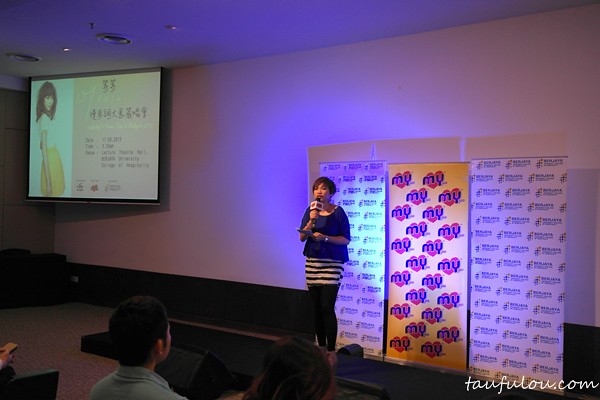 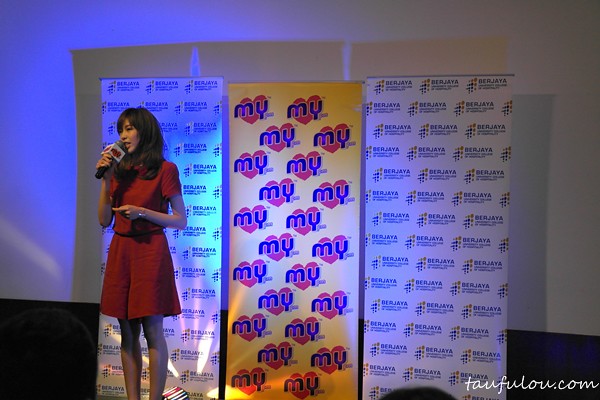 On that day, her showcase is Olivia Ong performed 4 songs in total which is  “等等” (Waiting), “同化” (Assimilation) and 不化妆舞会 (Dancing without makeup) from her latest album and 1 song from her previous album which is “A Love Theme”. I like the new song 同化 as it’s a sweet song with her sweet voice. 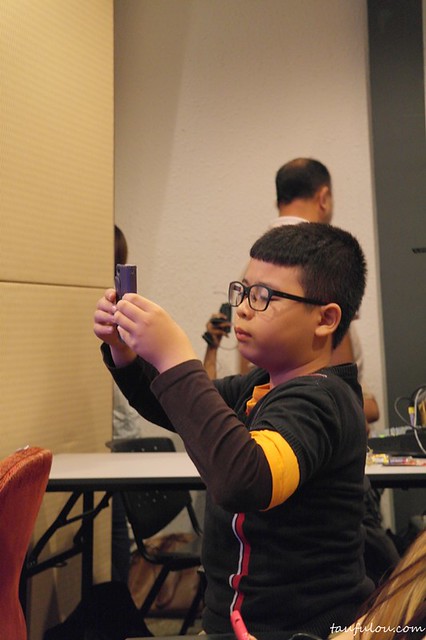 This cute kid that sit 2 seats away from me is also one of her die hard fans. 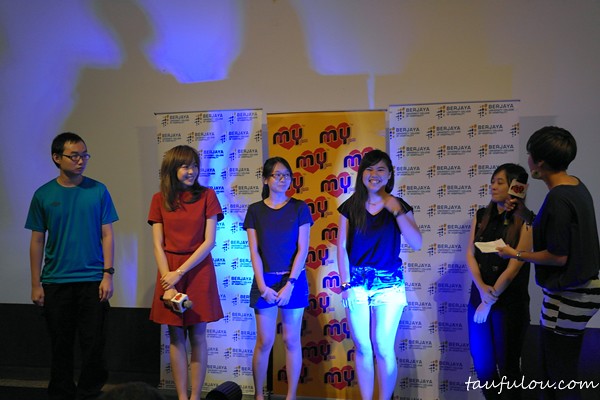 After her song showcase, there were some contest going on stage to test on those fans how good they understand their idol. 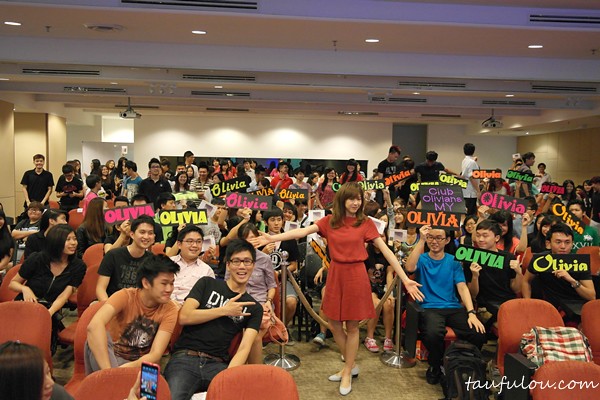 Some say that she is pretty cool, and I dont really think so as when she was singing she kept a good relationship between the fans. 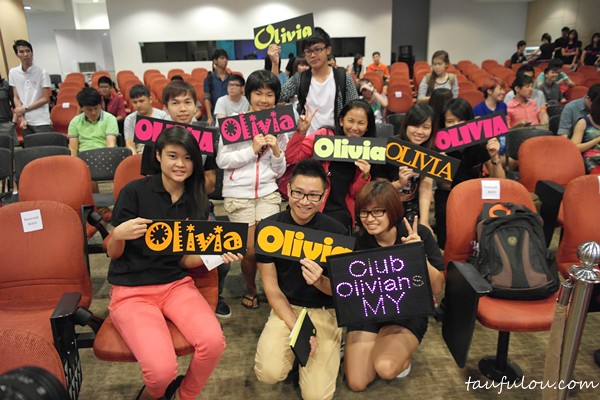 Another interesting thing I found out that day which is, there are a huge group of Olivia’s fans who calls themselves as Olivians. 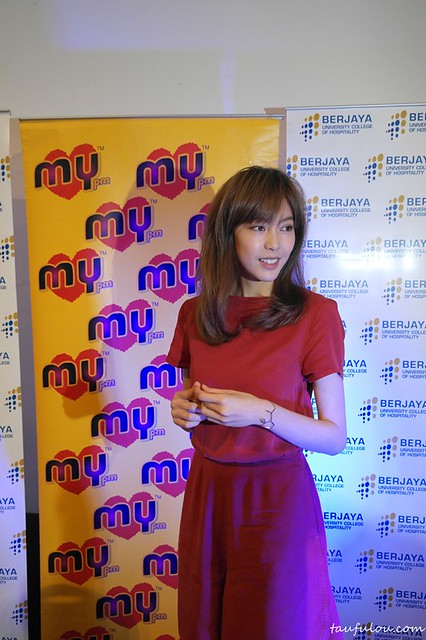 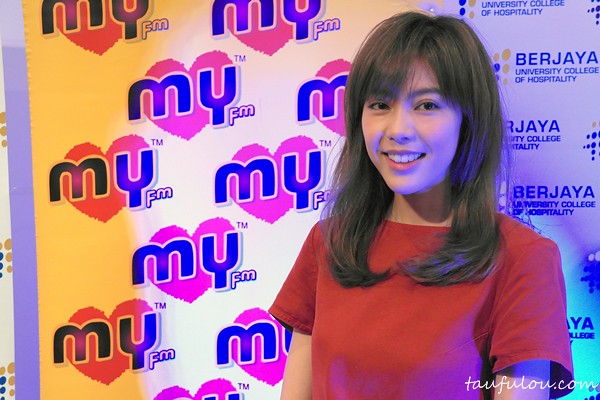 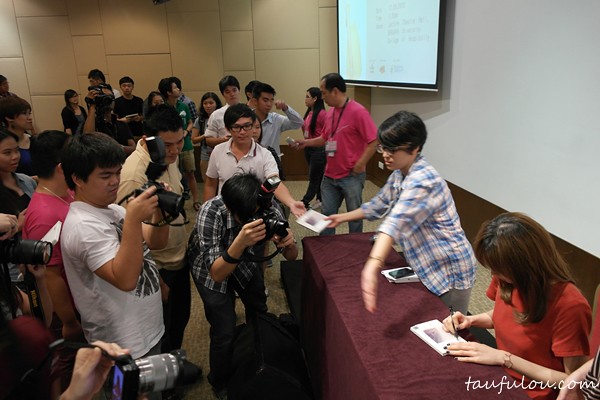 The final moments had come, whereby most of the fans anticipated for this moment that is autograph session. Olivia was so nice and friendly to have a warm handshakes as not only that, some of them do take a good individual picture with her. Nice~

Well, Olivia latest album “等等” (Waiting) collection of 10 Chinese songs and a Bonus English songs. On the music genre wise, she have tried many different types of songs which including Latin, Jazz, Ballad, Chinese style, Rock elements, etc, everyone will feel the different of Olivia.