Since the launch of “Probably The Best Football Beer Campaign”, fans have been part of the action as they engaged in numerous activities, winning limited-edition football merchandise, free passes to football parties and Bonus Codes which entitles them to accumulate extra points in the online game. 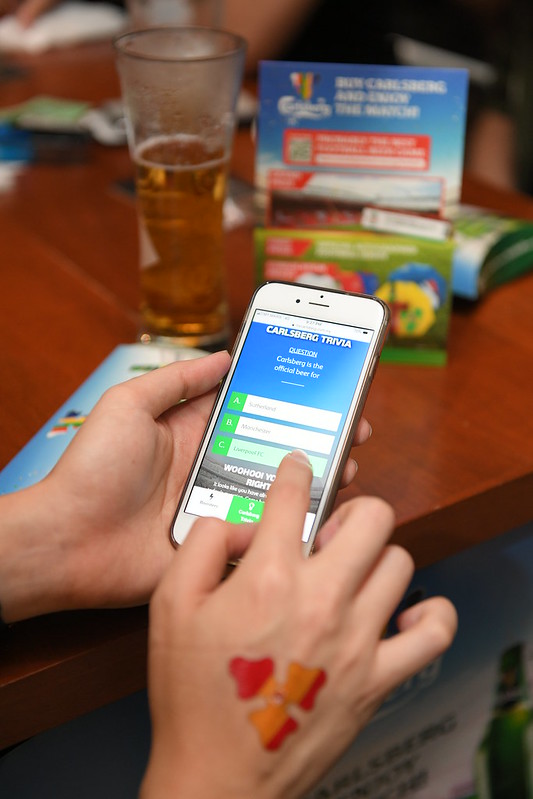 Joining the viewing party at Fifty5 Kitchen & Bar at Plaza Arkadia, Desa ParkCity with his family, 50-year-old Manager Goh Siong Chua said, “It’s the football season, hence, I brought the family out for drinks. We were excited with the exclusive premium gifts by Carlsberg, and decided to join the party and watch the game live with other patrons. We were all thrilled when my wife won the Premium Kit by Carlsberg!”

Meanwhile, 27-year-old Business and Operations Manager, Khor Su Han said, “My friend told me about the online game by Carlsberg and the Grand Prize. As a huge Liverpool fan, this is my chance to watch a Liverpool FC match live at Anfield Stadium and see my dream come true. So, I’ll definitely be playing my way up!”

In conjunction with the football season, Carlsberg also presented Khor and Goh with limited edition Liverpool collectibles, marking the long-standing years of partnership between Carlsberg and Liverpool FC. Beer lovers and football fans had a blast at Fifty5 Kitchen & Bar as they watched Brazil beat Costa Rica 2-0 to a nail-biting finish as they enjoyed the happy hour promotion of RM5.50 a mug! 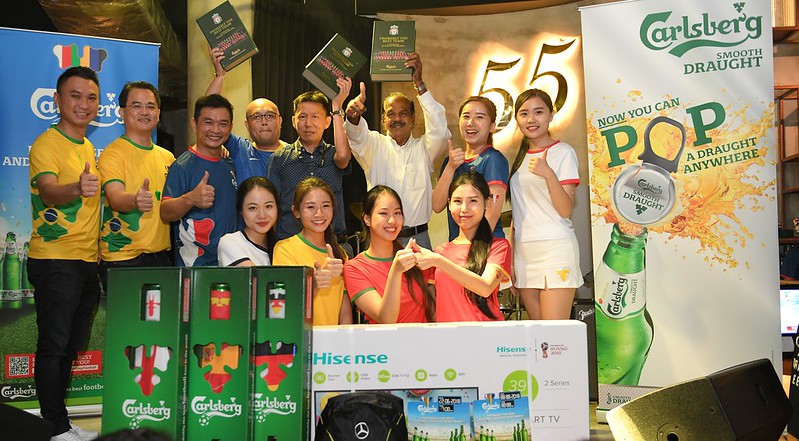 So, Cheers to “Probably The Best Football Beer Game” Ever!