Kuala Lumpur, Malaysia – 1 September 2015 – Starwood Hotels & Resorts in Malaysia will be organising the 2nd annual charity run, Run to Give, held simultaneously on 11 October 2015 across destinations such as Kuala Lumpur, Langkawi and Sandakan. Associates and guests from Starwood hotels in Malaysia will be slipping on their running shoes and racing for a trio of good causes. This year, each run is also open to members of the public. 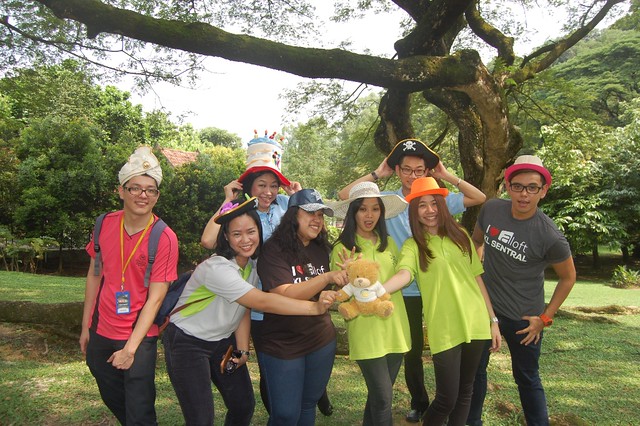 Run to Give 2015 builds on the success of last year’s inaugural Hotel Charity Runs held in 92 different locations across Asia Pacific with more than 20,000 Starwood associates coming together to raise close to USD 228,000 for local charities. The Hotel Charity Runs are unique in each location and were organized by different Starwood properties in various locations; some joining hands for the first time to organize such a large-scaled event.

In Kuala Lumpur the run sets off from Bukit Jalil Park. Organized by Starwood’s five hotels in the city – Aloft KL Sentral, Four Points By Sheraton Puchong, Le Méridien KL, Sheraton Imperial KL, The Westin KL with the National Kidney Foundation (Malaysia) as the charity partner, associates and the public is invited to the 5km run to contribute to a worthy cause.

The KL edition of Run to Give is also affectionately known as the ‘Fancy Hat Run’ with participants encouraged to wear hats during the run. Dining vouchers will be awarded to selected winners in the Fun, Stylish and Creative categories. In addition a mobile clinic will be on-site offering free health screening for participants. Children are also invited to bring along teddy bears which will be donated to a local shelter home.

Open for registration from now until September 20, 2015

Starwood properties in Langkawi and Penang are also participating in ‘Run to Give’ including The Andaman, a Luxury Collection Resort Langkawi, Four Points by Sheraton Penang and Four Points by Sheraton Langkawi, The Westin Resort & Spa Langkawi and the soon-to-be-opened St. Regis Langkawi. All Starwood hotel guests along with members of the public are encouraged to take part and contribute to a carnival-like atmosphere in tropical Langkawi.

Across in East Malaysia, Run to Give in Sandakan will feature Starwood properties – Four Points by Sheraton Sandakan and Le Méridien Kota Kinabalu – with charity partner Sandakan Kinabalu Pink Ribbon Association. The Association is a non-profit organization that aims to increase awareness of breast cancer in Sabah, also offering support and counselling to patients and their families.

The 5km run circuit follows Sandakan’s heritage trails, showcasing the area’s local attractions during the run and participants are encouraged to wear a spot of pink in honour of the designated charity. Special prizes are awarded for the top three most creative outfits. Additionally, the first ever 10km run will take place in Sandakan Town and will offer a sterner test for more seasoned runners. Surprise gifts are on offer for the top five in the Men’s, Women’s and Student categories. There will be also be an exhibition on breast cancer awareness.
Charity Partners: Sandakan Kinabalu Pink Ribbon Association
Run Distance: 5km & 10km
Participating Fees: RM60 individuals, RM40 for students, RM55 group of minimum 15 persons. Includes t-shirt, finisher medal & digital certificate

Contact: Contact Four Points by Sheraton Sandakan at +6089 244888, email to [email protected] or drop by the hotel to collect the registration form.

Open for registration from now until September 27, 2015

Hurry over and sign up for a good cause today! For more information on the Runs, do visit www.runtogive.asia.