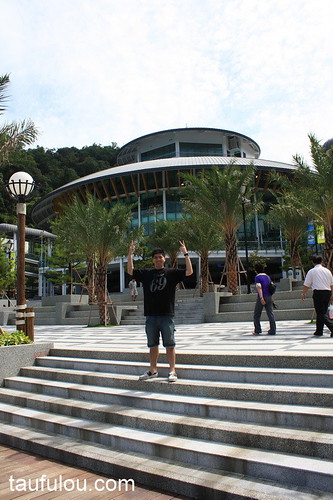 We tried to get here as early as possible to avoid very long line as the school holiday started and its gonna be very pack! The only we realise we have to go take number not to be que in the long line.

Remark: Please do get your number in the INFORMATION Counter for the queing session! 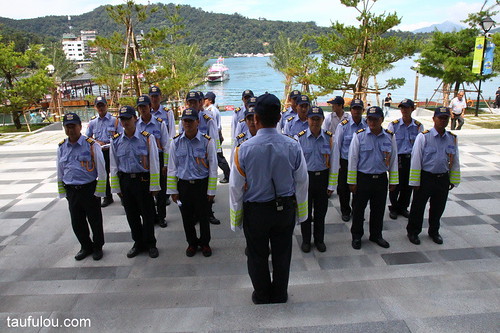 We were too early till the securities are still warming up and get briefing for the day. 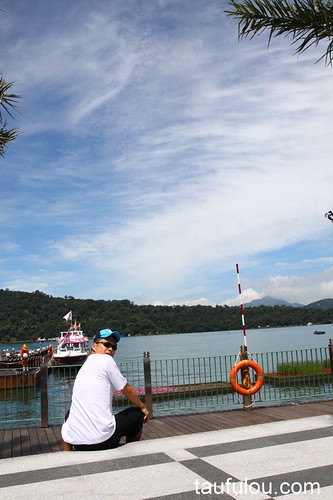 Capturing the last few shots before we left the beautiful lake and we start to feel the heat for the day is coming on by just 8.30 am. 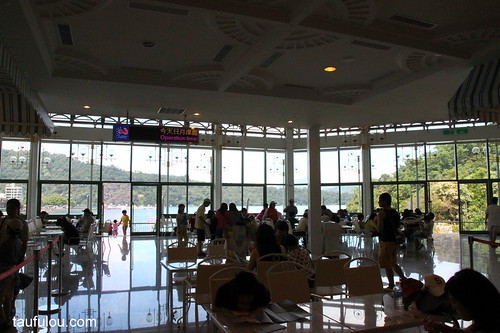 The station starts operation around 9pm and this is the waiting area, as we reach around 8.30am and there were alot people already. Upper waiting area. 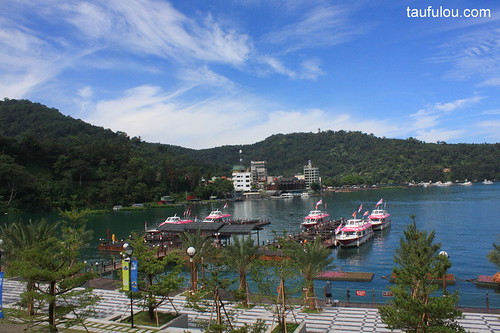 The last shot from the cable car station. 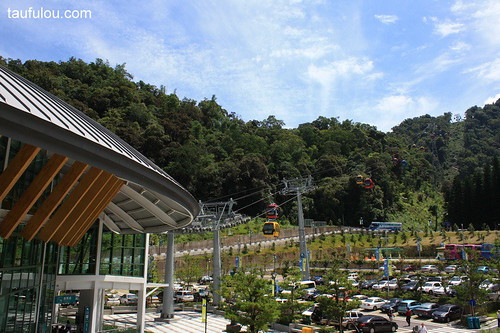 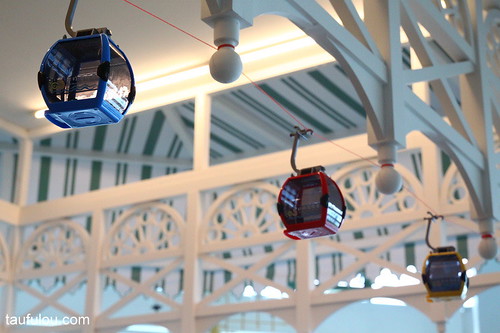 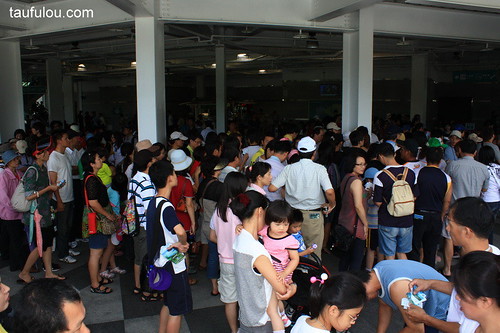 This is what I mean very packed and long queue. Our group number was No.139 and before embarking the cable car, the number I seen people taking was already 1278 . . . Seriously damm alot people.

The station did a good job by doing this system. So it wont be chaotic when the open for embarking. They make people line up according to their number by catagory as in first no.1-200 please in line here, next 201-400 please do that by catagorising it so those who go early will get to go in early. They check every number that you have and if you plan to cut the cue, its useless. 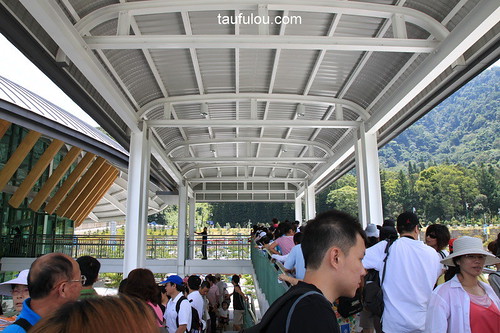 For the disable are in priority with special line for them to go in first which is very good! There is a special line to board the cable car if you purchase through agent or from the hotel. Ours is, so we skip quite a line. 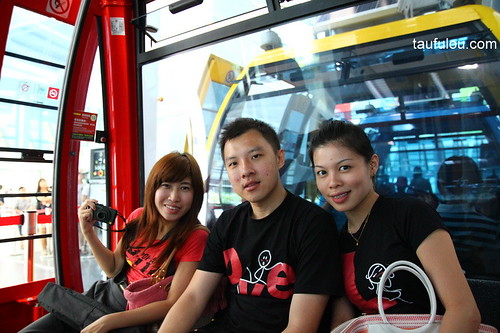 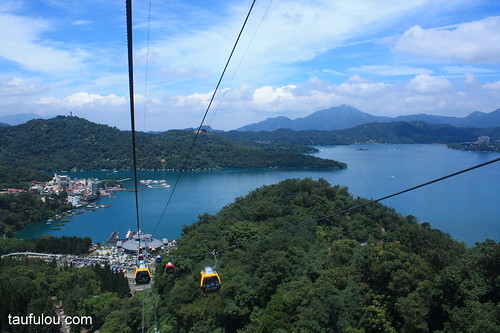 The view on the way to the Sun Moon Lake is so beautiful. 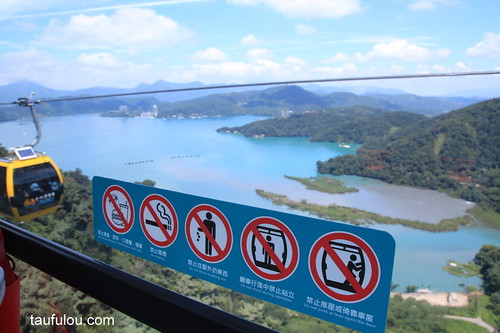 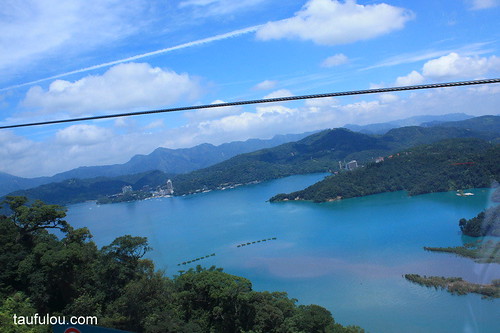 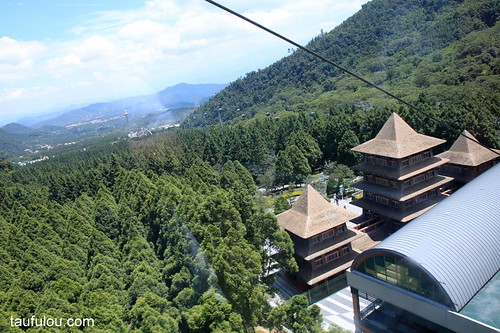 After 10-15 minutes ride, we are here on the other end of the lake to visit this Cultural village

The Formosan Aboriginal Culture Village (traditional Chinese: 九族文化村) is an amusement park in the Nantou County of Taiwan which has been in operation since 1986. It is distinctive for its Formosan aboriginal culture theme. The park contains the tallest free-fall ride in Taiwan as well as Taiwan’s largest European gardens and bell tower. (source wikipedia) 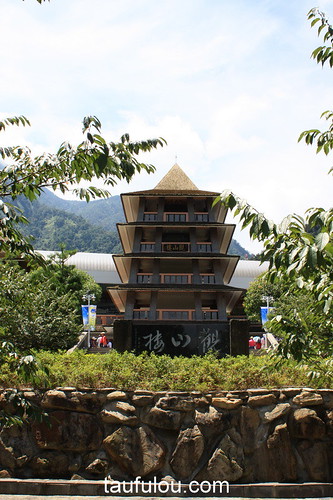 The Formosa Aboriginal Cultural Village has the largest outdoor museum in Taiwan dedicated to displaying the traditional homes and architecture of Taiwan’s nine principal aborigine tribes. The nine villages are arrayed over an expansive section of hillside to give visitors a feel of what native Taiwanese villages looked like so many years ago.

All buildings were reconstructed based on fieldwork research and blueprints drawn up by anthropologists in the 1930s and 40s. Trails through this area separate each tribal community so that visitors are able to observe clearly the differences and similarities between tribal building styles. Because the environment in which each tribe lived differed from others, you will find associated differences in building materials (stone, wood, bamboo) and other aspects. (source from Nine.com.tw) 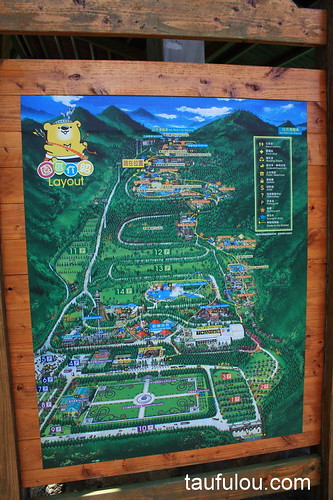 It is a seriously huge village that build in the green. Preserving the greenery yet suiting the whole village as origin as possible. Our ride was pretty smooth that we stop by on the top and we just walk towards all the way down to visit the whole village. 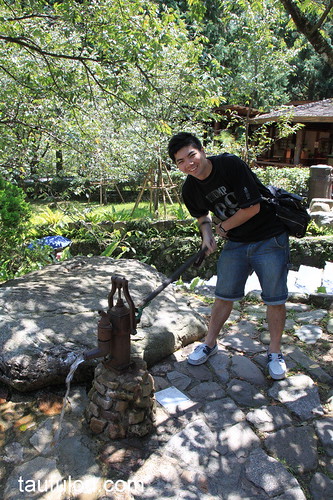 Lets take a strool to what we have went through the whole park. 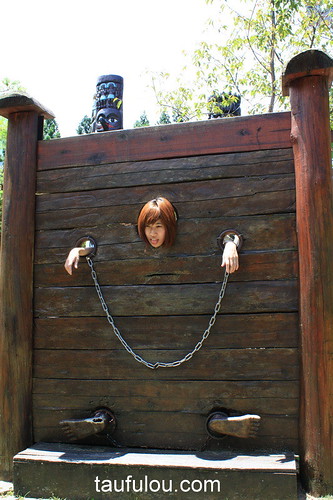 The ancient people of being lock upon 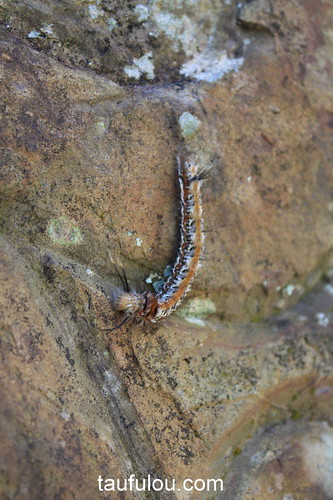 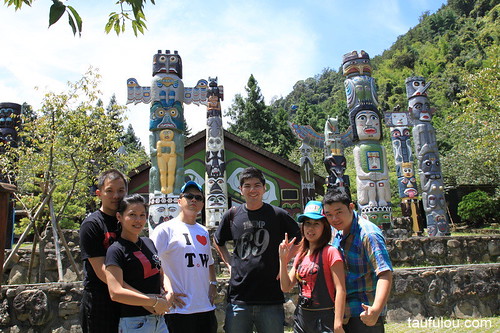 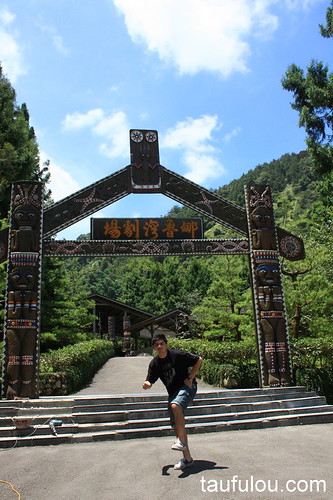 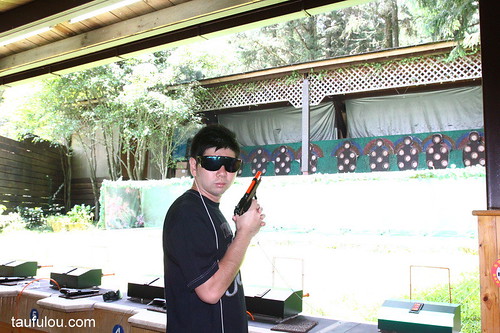 For leisure, they do have a Air gun Shooting range. The gun is 99% real including the weight. 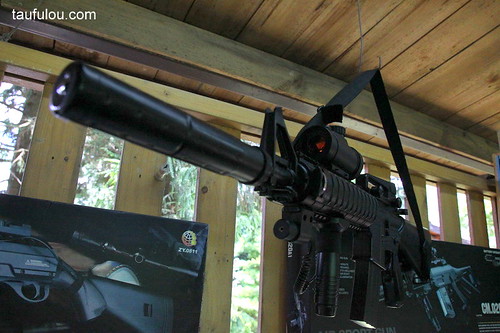 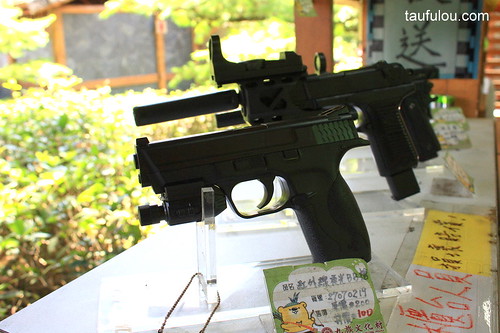