It has been a while since I last attended Tiger events and last week, they have one party that gather some of the football fans together on the viewing party. Tiger FC brought their trademark Tiger FC Big Away Game to Laundry Bar at The Curve whereby big match were the line up for the night that attracted most fans to watch outside instead at home. 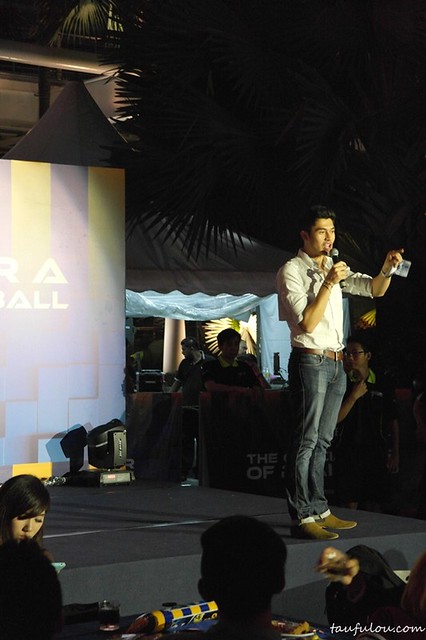 Throughout the evening, Tiger FC host Henry Golding also brought the exciting carnival-like atmosphere to life with his football knowledge and unique sense of humour (he is part British after all). 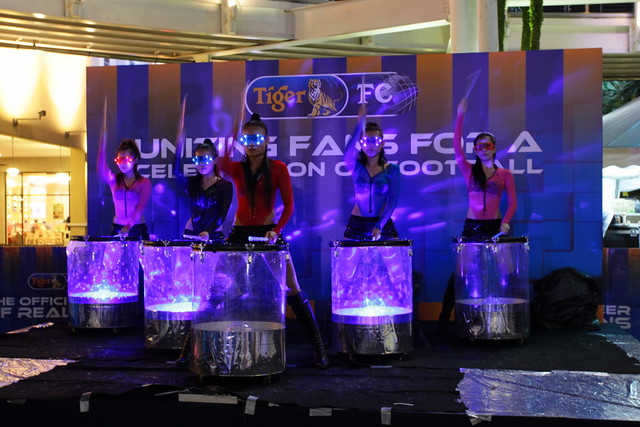 There were some performances were line up, such as sizzling ladies from the LED Water Drum troupe and also appearance of none other than Elecoldxhot, the bronze medal winners at the 2013 World Hip Hop Dance Championship Finals in Las Vegas 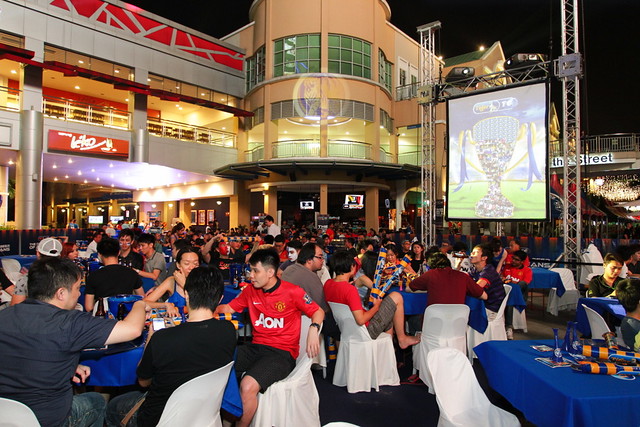 First match was Arsenal against Swansea City where the Gunners won 3-1. After that match, more fans are pouring in with upcoming match of ManC vs ManU. 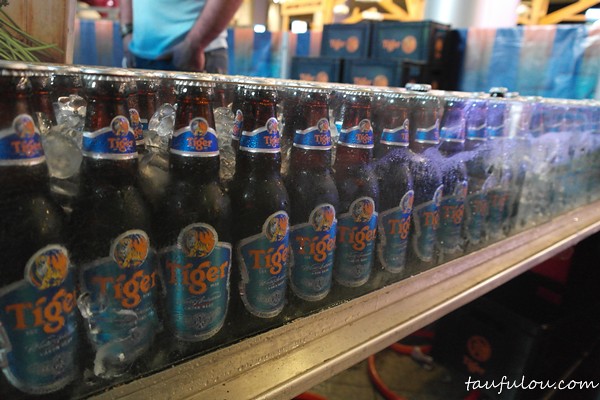 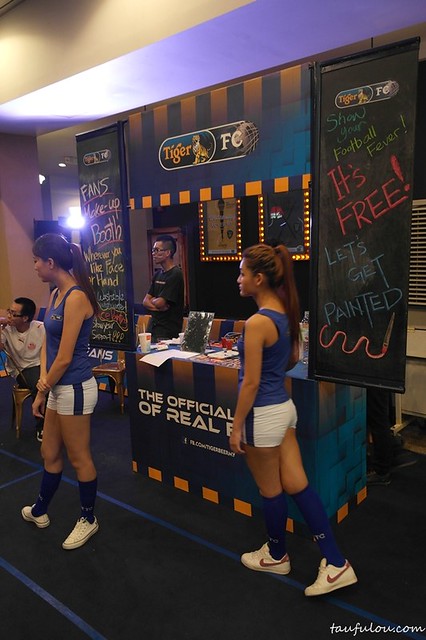 Besides that, there were free face painting .. 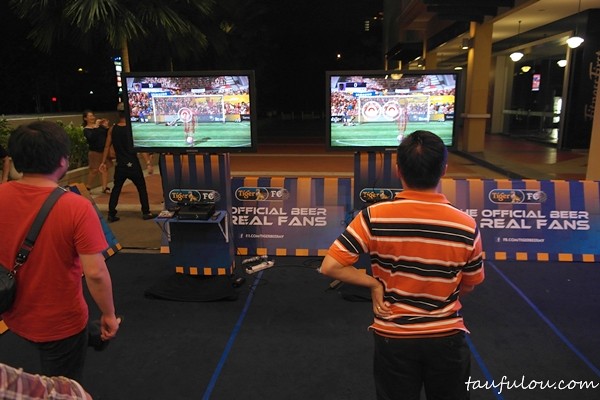 and ‘Fans to Strikers’ goal scoring challenge. Highest goal scorer within the time limit will walk away with some prize, 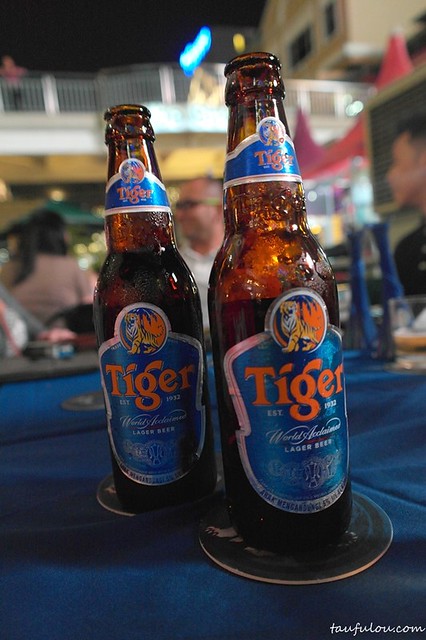 On our side, we were enjoying Tiger all night long. 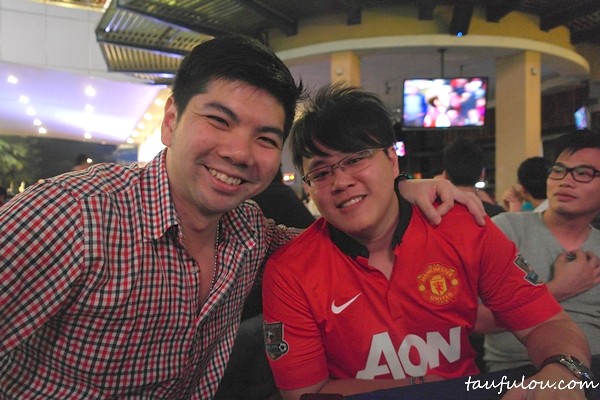 On that night, it was a huge disappointment for Man U fans as they got trash. On my opinion, they were performing way below par and excellent force of ManC took the advantage. 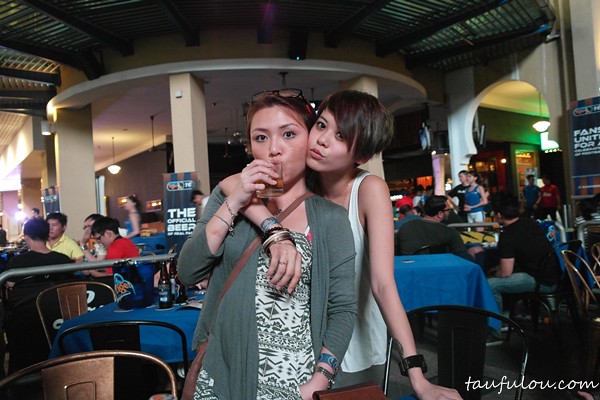 ITs great to watch match with friends. 😀