End of the year 2013 seems very interesting as many car enthusiasts are very excited that many car brands are launching their own range of model. Many of my friends already heard that one upcoming car from Toyota mid-range series that will be very affordable for Malaysians. After months of speculations, it had finally ended with an official car launch last week in KL Hilton. Yap, many of you would be curious, why suddenly into car blogging?? Well, it’s rather simple to connect the dots as its one  important element in my blogging function to reach point A to point B and also I own one of their previous series. 😀 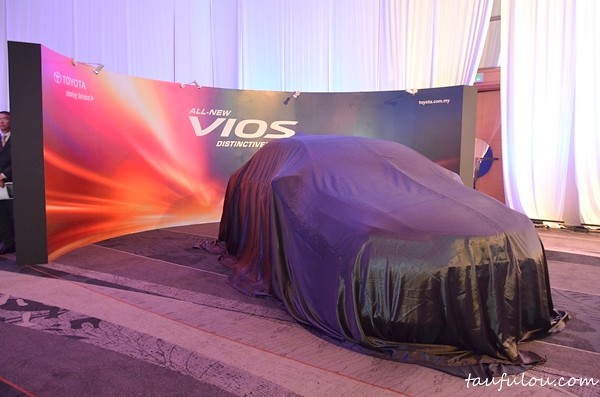 This would be officially my first time attending to car launching as I am very curious how it is done. 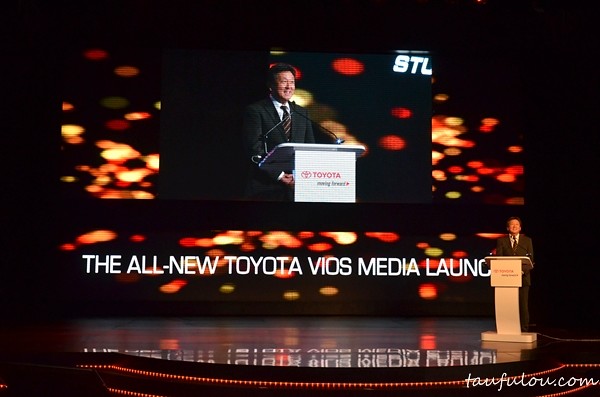 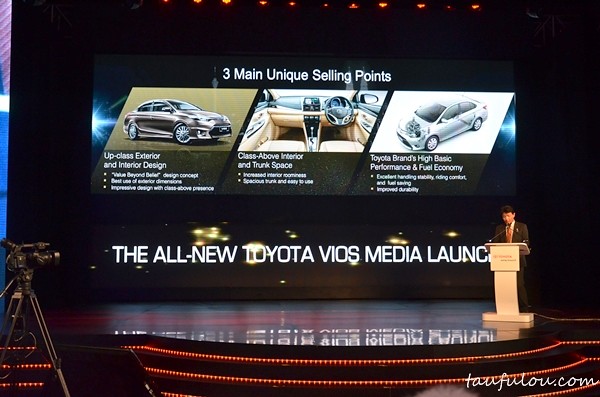 When Vios was firstly introduce to the market back in 2003, it was consider a successful product as Toyota B-segment car manage to capture the middle to below income group with at affordable pricing and fuel consumption is lesser. For the new Toyota Vios 2013 as mention, there are 3 main unique selling points and I will mention more as below. . . 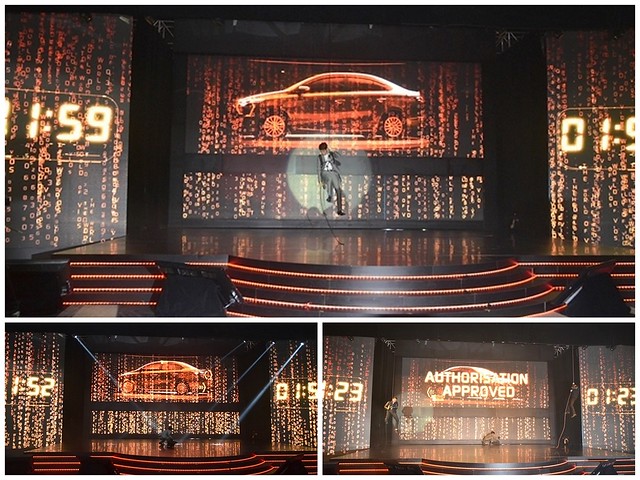 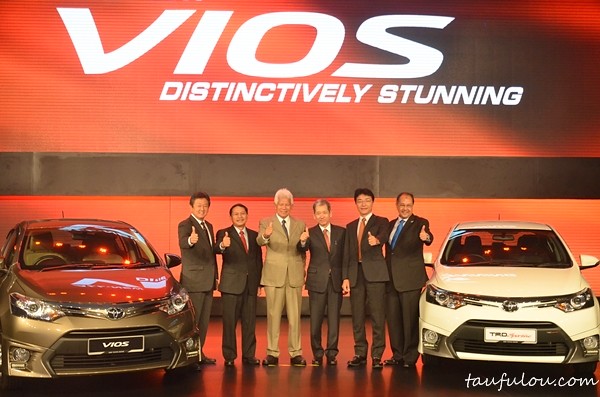 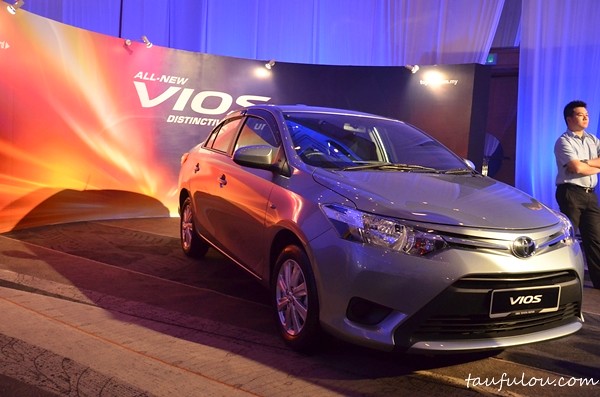 Comparing to their previous model, the new one are pretty noticeable on their new design of the exterior of the car. Its more dynamic & edgy design as to make every penny worth by purchasing this car. With its new  ‘catamaran’-shaped roof helps streamline airflow over the top of the car that make a long distance drive perfect as the aerodynamic design along with its side mirror . . Their main front windshield had further improve with enhancement of 3 layer acoustic glass construction to minimize wind and road noise. 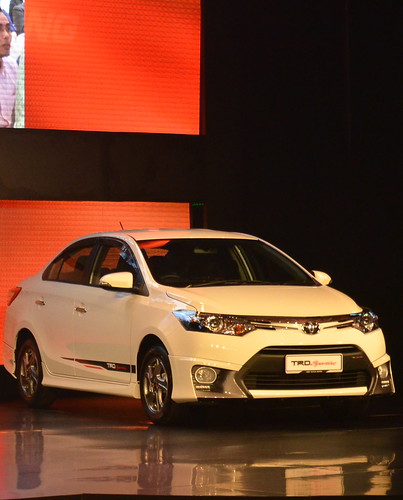 Design of Projector headlamps with Manual Levelling functions is to ensure that the light will have more focused light source. 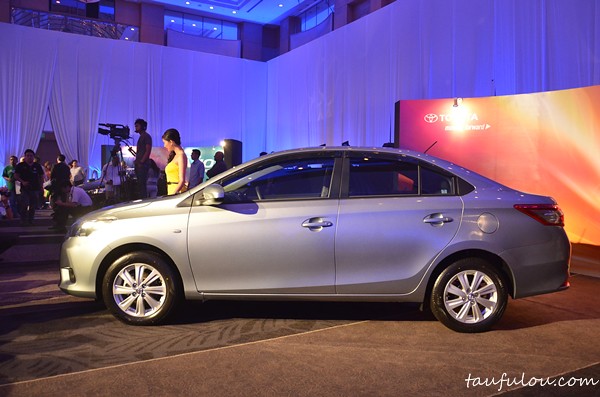 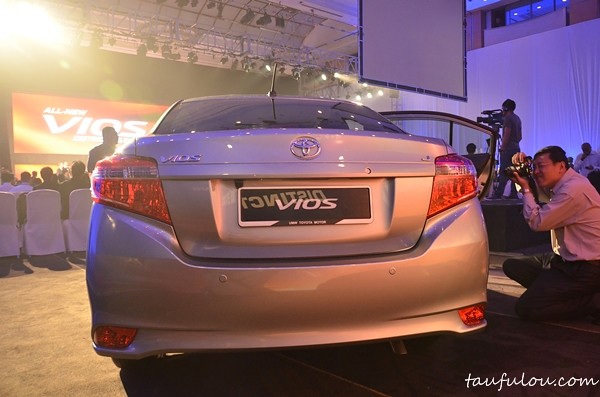 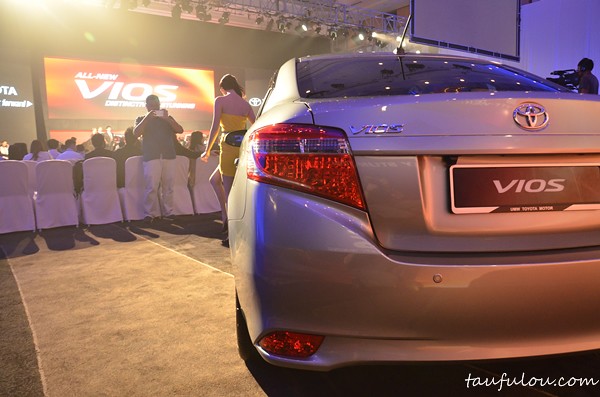 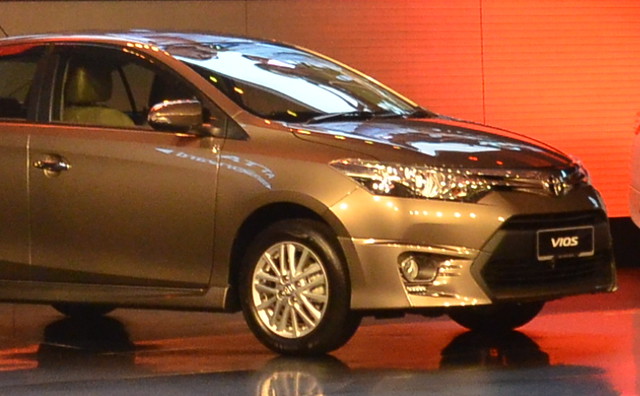 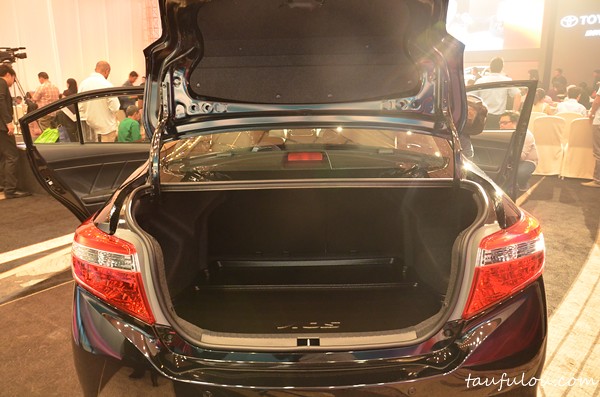 The new boot can store up to 506 litres of luggage and with low boot design is to enable easy loading that will make it very useful for people who need larger boot space especially family with kids that need to load pram. 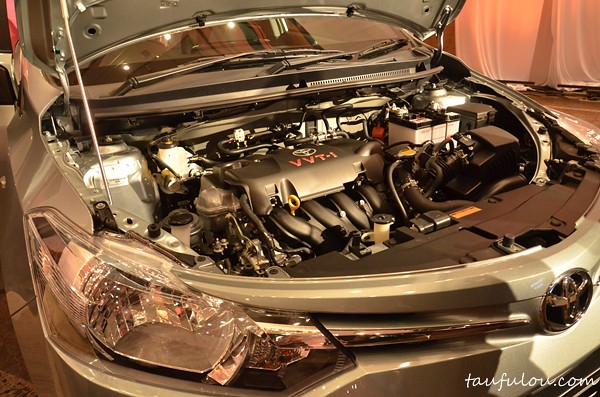 The engine that they are using is still the same running powered  by a 1.5 litre 1NZ-FE four-cylinder with VVT-i just like the previous series, but good news is with our current increase of oil pricing, this new car have the ability to save 5% more and also an Eco Indicator to show if you are driving fuel efficiently. 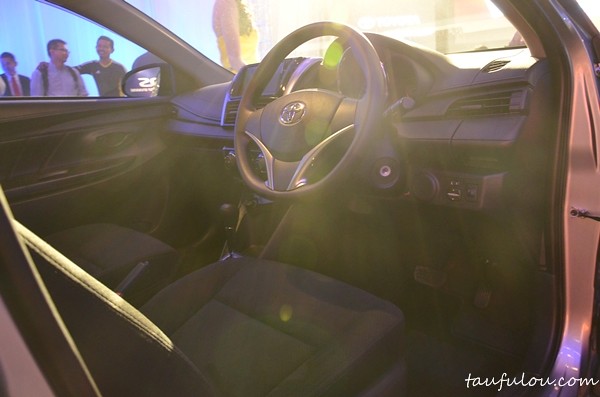 New tidy interior being install to make its difference as  it understands current people needs. Love their storage areas as it do comes with Ipad pocket, console tray, glove box with cable hooks, cup holder at the rear of the steering space and a few more. 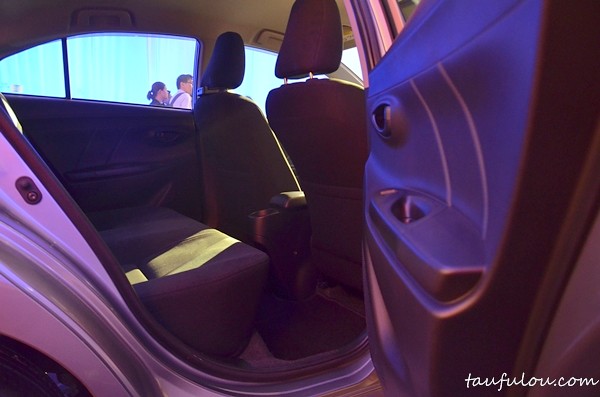 For comfortable driving, both the front and back passenger seats have increased space. From driving seats with a  15 mm-higher lifter range. As for back passenger seats leg room had also increase to 75 mm, and knee room by 48 mm. Doors are equip with three opening stops to allow easy access into the car in a tight spot and also to prevent from hitting another car or wall next to it. . 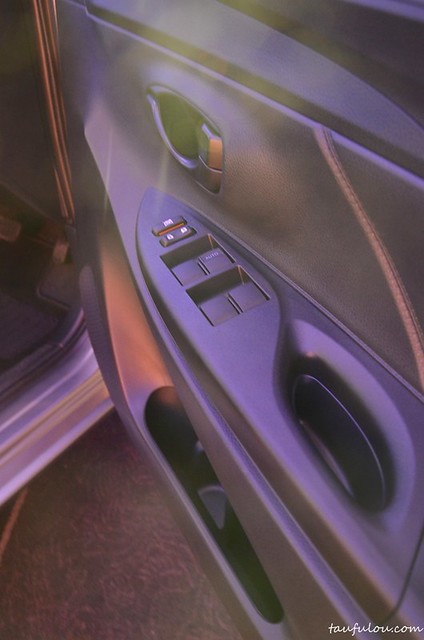 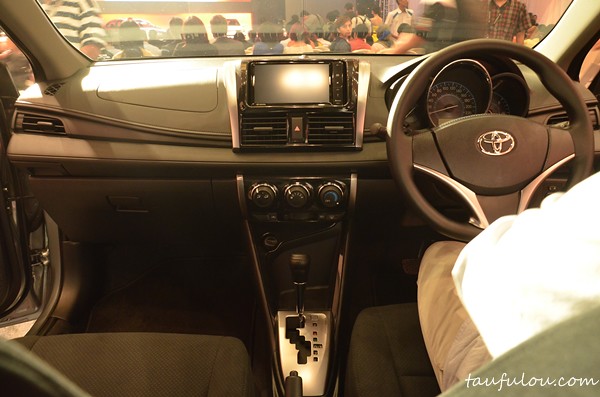 For safety of this car, Electric power steering (EPS) is being introduce  for better driving  feel, the technology is speed sensitive as power steering is light during low speed and stiffens up during higher speed.It also contributes to its fuel efficiency as power is only used to assist steering when necessary. The car also equip with Electronic Breakforce Distribution where the break technology is automated to distribute less  breaking pressure in either front/rear wheel when comes to emergency break as to prevent the car from skid. Dual SRS airbags is added to prevent front passenger from head and torso injury if any fatal impact occurs. For Family with kids, they have installed ISOFIX child seat anchors in the rear seat and the usual ones three-point seat belts for all seats. 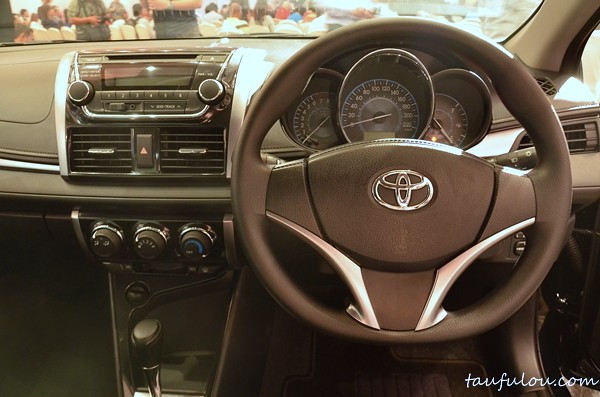 As you will be aware that some of the dashboard are different as different varients comes with slightly different design. 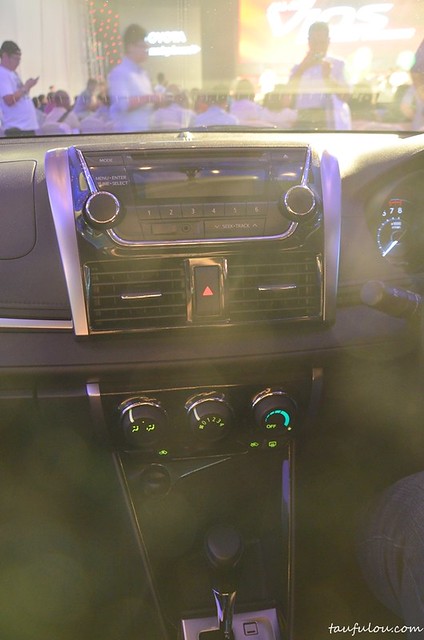 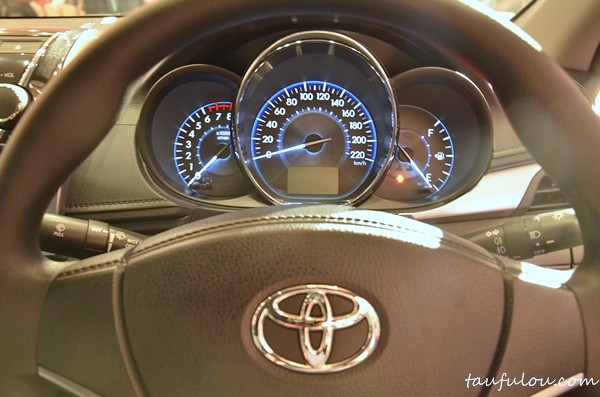 With the current Vios, they have decided to move back the original placement of the meter panel to original spot instead like previous, in the center. 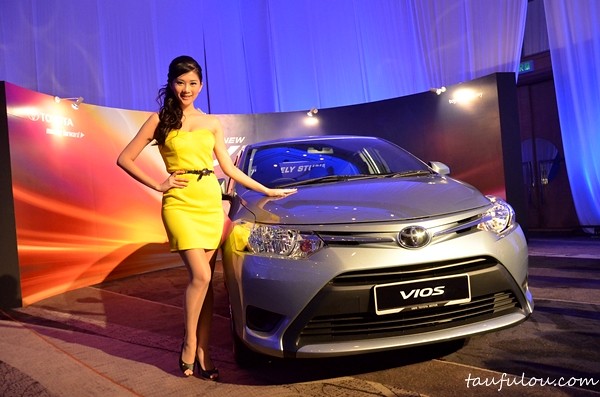 Do drop by to their nearest Toyota Showroom for a test drive as currently, the new Toyota Vios 2013 otr is price at:

Do check out their website for more news: toyota.com.my/vios