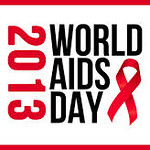 In conjunction with World AIDS Day, Reckitt Benckiser’s Durex Malaysia (Durex) contributed RM8,000 and 50,000 pieces of Durex condoms to PT Foundation, Malaysia’s largest community-based HIV/AIDS organisation. The donations were raised in collaboration with retail giants Watsons Malaysia and Guardian Pharmacy Malaysia in support of PT Foundation’s on-going HIV/AIDS advocacy work and education programmes in Malaysia. The fundraising initiative was part of Durex’s #SOMEBODYLIKEME World AIDS Day Campaign. As part of the on-going charity drive, Durex has pledged to one piece of condom with every pack of Durex condoms purchased at Watsons and RM0.20 per pack purchased at Guardian was channeled to PT Foundation. #SOMEBODYLIKEME Campaign is month-long campaign launched on 15th November 2013 aimed at educating Malaysian youths on HIV/AIDS.

During the campaign, we were spreading the awareness thru our FB and its quite interesting to see how my friends react or comment on the questions, like what I ask as below: 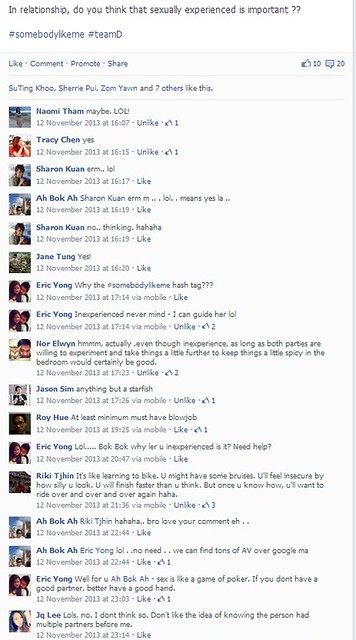 Right before this, I have done a little campaign by my company and never on online before. Its a pretty different experience for me as people on social media are pretty more engaging in both positive and negative. A great way to learn what people/friends think about sex topic as I find most of them are quite receptive in commenting on the topic. Not only that, as during this campaign, I did more research to understand on the topic that we will be generating and have learn quite alot in here. I have to say, this had been a successful campaign from all of us as we are proud that Social Groove had been selected as one of a successful global campaign for this.