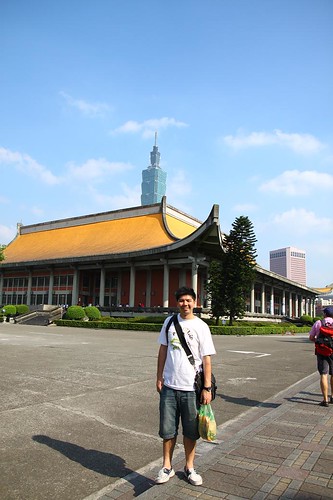 Memorial park of Sun Yat-sen, one of a great revolutionary guy that end Qing Dynasty.

The Republic of China government began to prepare the construction of the National Dr. Sun Yat-sen Memorial Hall in 1964 to commemorate Father of the Republic of China, Dr. Sun Yat-sen’s great character, revolutionary career, and philosophical blueprint for a modern China. The hall would serve as a place not only for people to pay tribute to Father of the Republic, but also for cultural, artistic, educational, academic, and recreational purposes. (read more click here – source from Wikipedia) 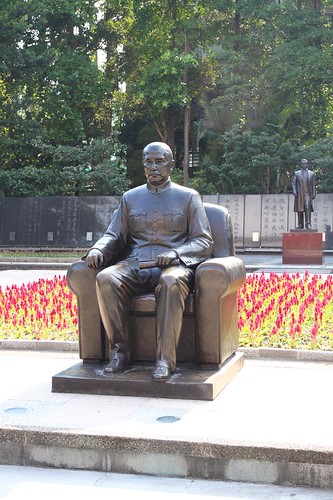 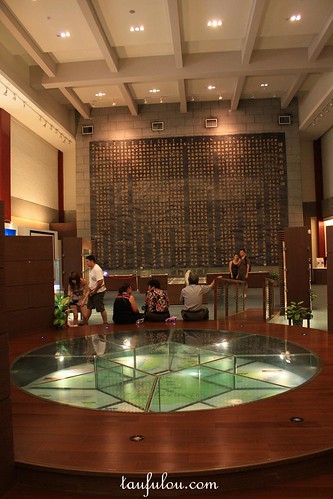 A hall that showcase all his historic event, wear, tools that he use to communicate and many others. 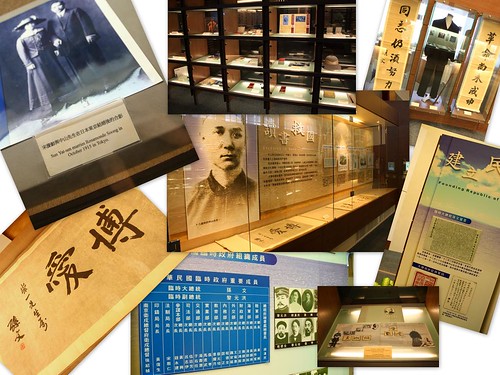 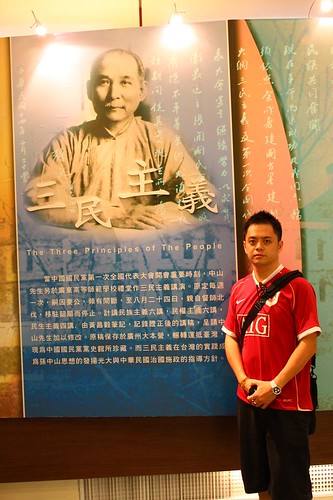 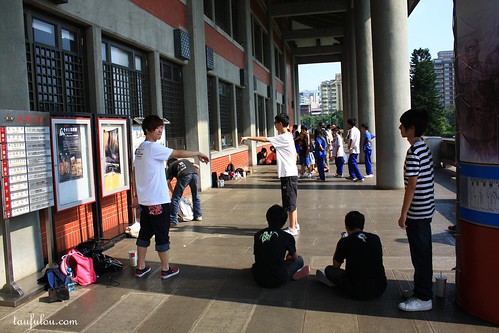 If you are talking about street dancing like Step-Up, Taiwan seriously are a hit in those teenagers as around the memorial all, its full of teenagers practicing the dance move in a group and some even compete with each other’s crew. Its great to see them start from young and sure its gonna be exciting when they turn professionals. 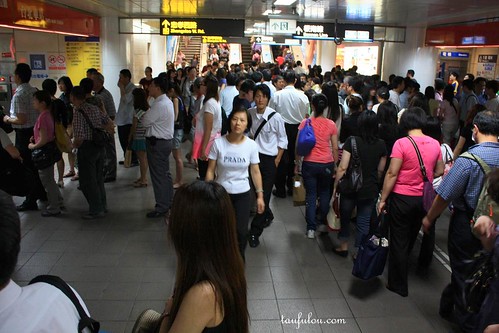 We went back for a while took a short break and shower, then it was for the first time we see how busy the Taipei Main Station is with all the working people just off work. The crowd is a mess, if you lost your group of friends, will feel like Home Alone movie how he lost his parents. 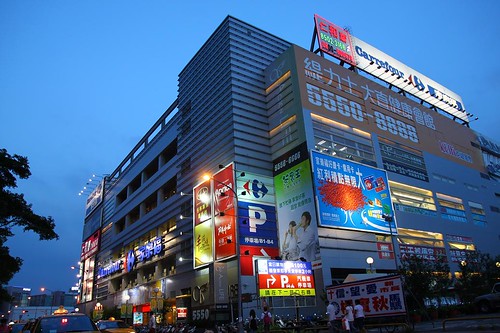 Then we head to Miramar Mall for one of a big ride for ferris wheel that fixed ontop of the mall. 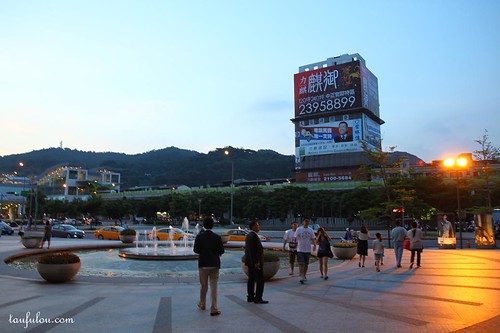 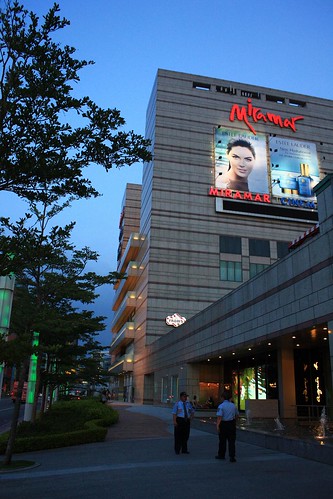 Its more like a pavilion concept that have both wings and one wings is more on F&B and Cinema and seriously, to watch a movie in Taiwan Cost NT350 which is RM35 and for a 3-D movie can hit up to RM50 per ticket. 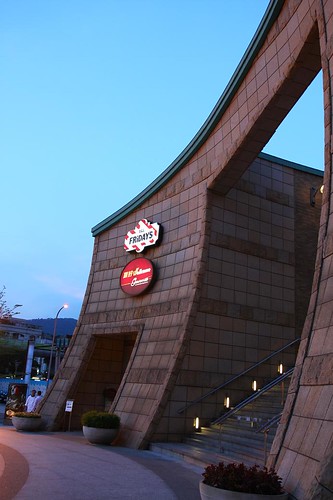 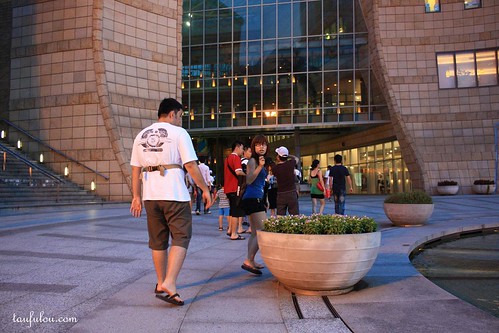 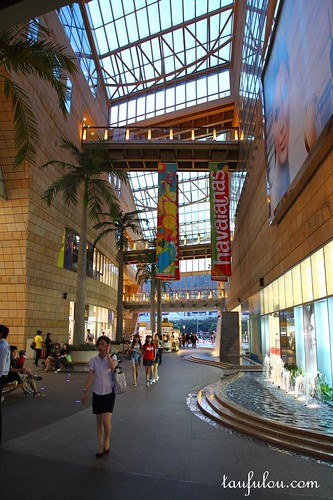 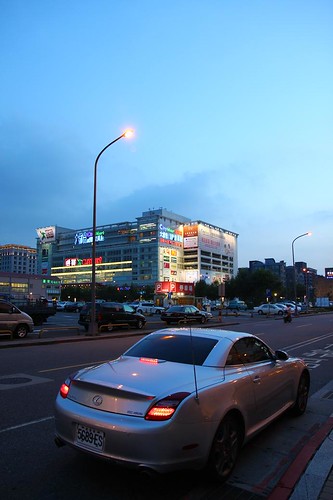 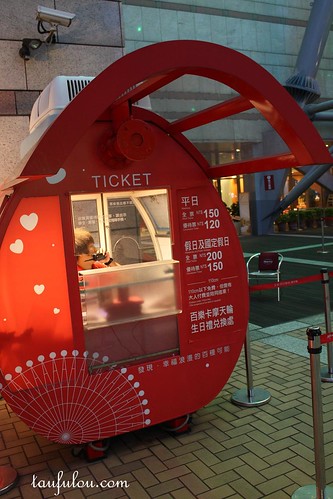 Since we were quite free and waiting to kill time, we just decided to take on the ride to see the view of the city itself. 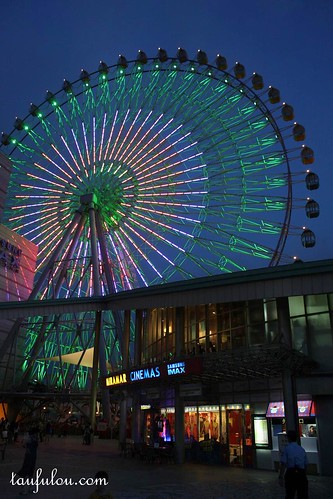 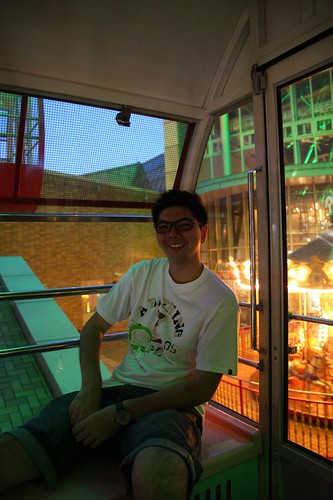 We feel so cosy in this cabin with fully blast air con. 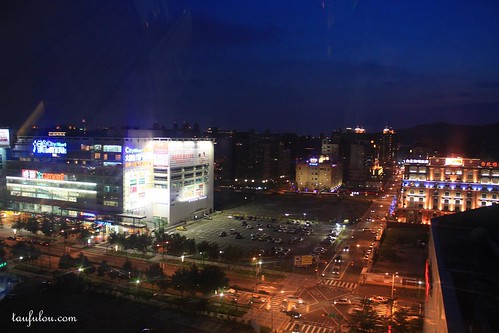 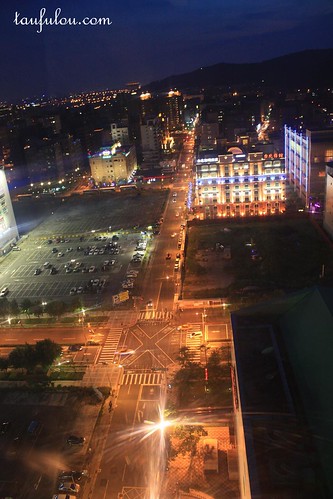 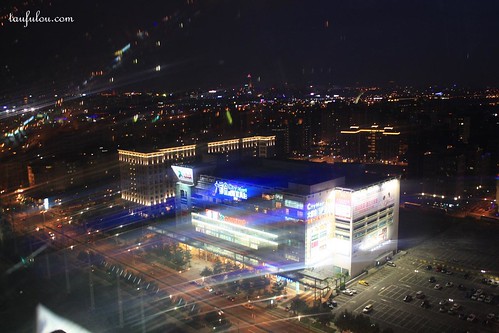 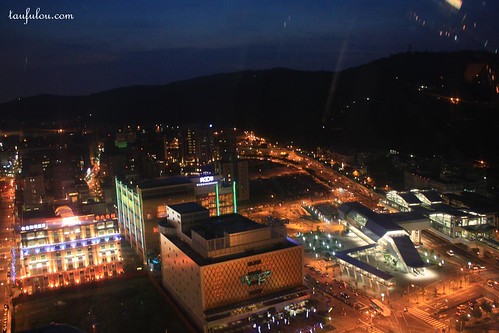 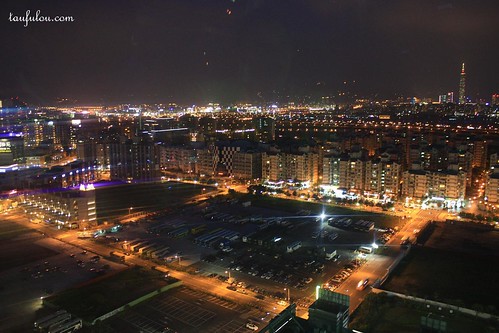 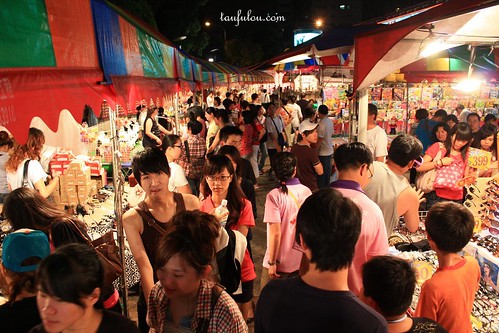 After the ride, it was my turn to feel excited as we head to one of the hottest and famous spot in Taipei which is Shilin Night Market to eat, eat, eat till we drop. See ya then till next post.

heee, nice leii..thanks to me la.. i am the coordinator~

I shouldn’t come in when I’m hungry, ur post flooded with food photo!! Arghhhh!!!

hahah.. next time if can ta pau the smell for u..sure will do that..:p

Wonderful place u have been! great food photos…luv it!

Wow. So many nice photos ! Makes me wish I can go on holiday now. 🙂

thanks for dropping by eh.. heee, glad that makes miss ur trip back in those days..:p

Hello, thanks for the info..i will bookmark it until my own trip.. 10 months later T___T

btw, jennifer is my snr in tarc hehe 🙂 thanks for visiting my blog. share good food yay!

Photographers in action in the middle of the road!

hahahah..yeah loh, see what take what already..cuz no time to go back ah~

When I was in China (can’t remember which part) standing at the SIDE of the road oso kena ‘brushed’ by a van dy! So I won’t dare to stand in the middle of the road anywhere !

Thanks for sharing these beautiful photos and information. Would like to know the frequency of the train from Taipei to Ruifang Station. Is it every 1 hour there is a train departing from taipei to ruifang?

maybe you can try checking it here. . http://twtraffic.tra.gov.tw/twrail/English/

Thank you so much for the reply. Appreciated it very much.