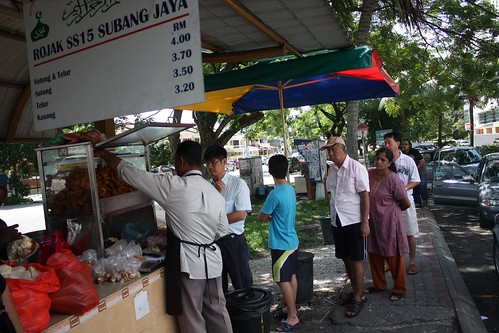 This is the stall that I am talking about, that I thought he would open after 2pm but I reach there as early as 12pm and there are already many people drop by to eat there or take away (which most of them did). If you were to eat there, you have to side by at the pavement or squad. 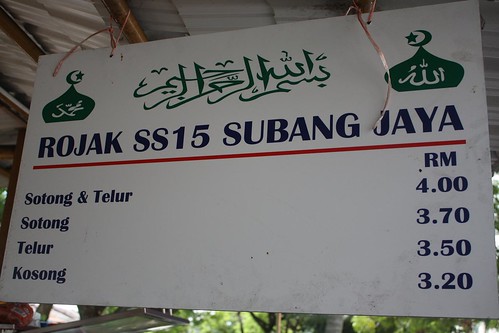 The pricing of it only increase slightly after nearly 10 years which I still remember that last time sotong and telur only RM3.50 if not mistaken. 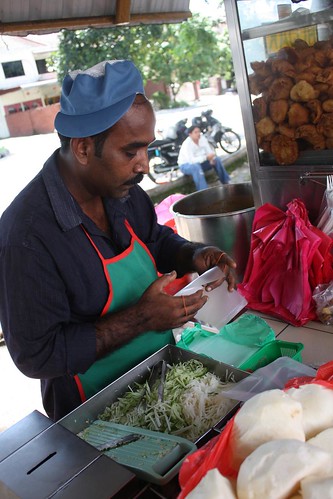 They divide their job into 2 side, one guy is to slices on the cucumber and Jicama (mengkuang)’ . . . 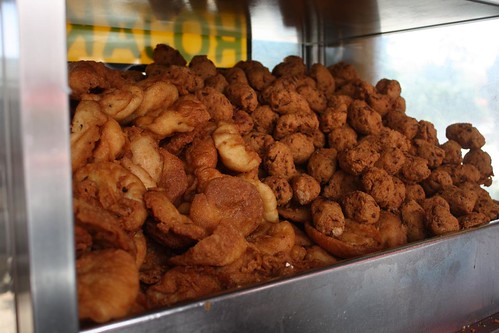 and the other guy will cut prawn fritters, potato, egg and some other ingredient. 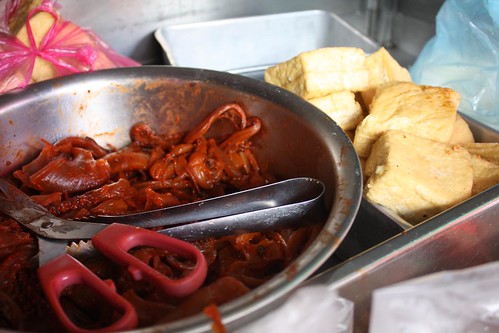 Then as I would like mine to add on some sotong. 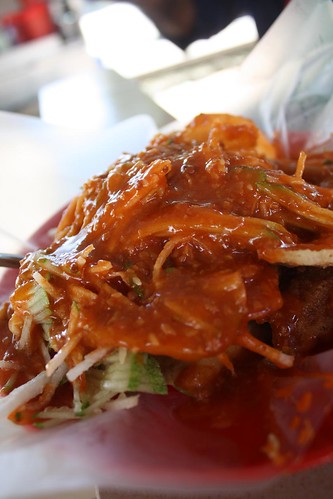 In my version we called it ‘Pasembur’ rather than ROJAK as it is one of the local traditional Indian food (Local Indian Salad) on the northern part that serve with shredded cucumber, turnip, potato, prawn crackers and some fried other fried ingredient. 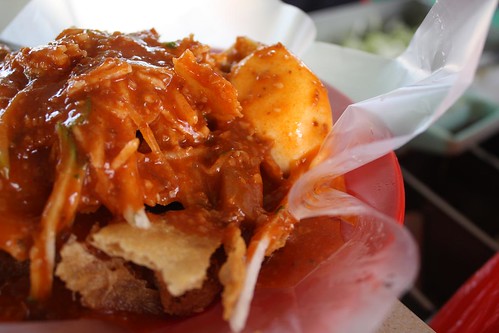 With a plate of RM 4 Rojak for my lunch it would be just nice, but the taste wise, I felt that it used to be much better. The gravy is a bit sweet now, as the texture of it still sticky and creamy. I would just say I had better ones before.

Location:
Rojak SS15
Jalan SS15/3B,
Subang Jaya, Selangor
(opposite a field or next to Subang Square)

nvm la..your area to the place not that far only ma..~

The first one is called vadai and second one is masalodeh

thanks for the info eh`

ahhh..really? where got nice indian kuih some more?

This is like.. mee rojak rite? but without the noodles n eggs.. so this is wat Pasembor means.. when i was in Penang, a friend of mine asked if i’d like to try pasembor and i was like… err… wat’s dat? aiyo.. say lah earlier it is dis.. i love this 😀
.-= Merryn´s last blog ..Freak Accident at Lutong Traffic Light Junction =-.

keke,, then next round you bring him there makan loh~ sure he will be very happy 1..1 stone kill 2 bird~ 😉

Lol.. must try it out next time…. Ish… i don’t know that you have switch to a domain web…. thought you din update your blog a~

eh, i thought i got put link at my old blog? come out error ah?